The private equity firm will pour €56 million into the Swedish footwear-turned-lifestyle label after its online sales soared during the pandemic.

The private equity firm will pour €56 million into the Swedish footwear-turned-lifestyle label after its online sales soared during the pandemic.

The group has agreed to pay Swedish footwear label Axel Arigato €56 million ($65.5 million at current exchange rates) for a majority stake in the business. Founders Albin Johansson and Max Svärdh will continue to operate the brand — which generates upwards of $40 million annually in sales of its trendy colour-block footwear, streetwear and other accessories — and remain shareholders.

The deal marks Eurazeo Brands’ first investment in a European company. Since its establishment in 2017, the firm has backed a mix of companies in the fashion, beauty and lifestyle space, including Pat McGrath Labs, Bandier and Herschel Supply Co. (This year, it has focused on the food and beverage category, with investments in Waterloo Sparkling Water and Dewey’s Bakery.)

Founded in 2014 in Göteborg, Axel Arigato’s online sales have soared during the pandemic. The company responded to the crisis swiftly, changing the way it communicated with customers and leveraging powerful social channels to replace in-store events.

“We started to talk to the customers in a different way that was more uplifting,” Svärdh said. “More acting as a friend rather than a company.”

The company also began investing in TikTok. While it’s amassed just 15,000 followers, the hashtag #AxelArigato has been used nearly 16 million times. Some of its posts — mostly filmed in-store, by a host hired specifically for the gig — have generated almost one million views. Johansson compared the TikTok account to a television channel.

They also took a more customer-centric view to design, launching the sportier “Genesis Vintage” runner in April, now the number-one seller in the shoe category. 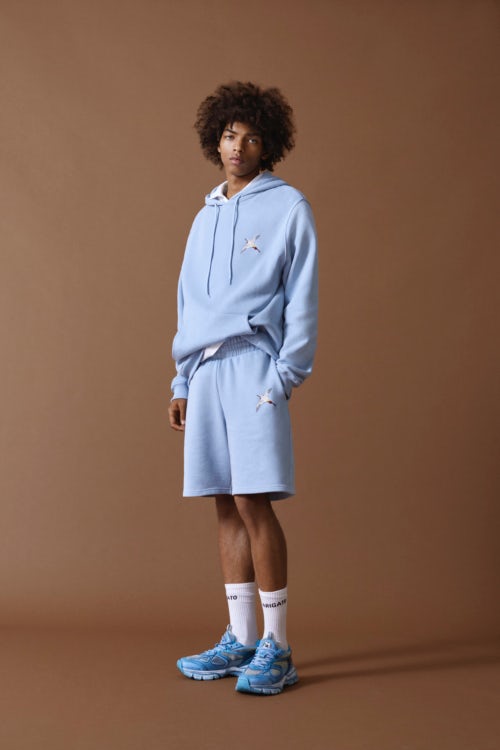 A look from the most recent Axel Arigato collection | Photo: Courtesy

Almost 70 percent of the company’s sales come from direct retail, mostly online. From the period between May 1, 2020 and October 31, 2020, e-commerce doubled year-over-year, and was up 185 percent between August and October. The company’s largest online market, the United Kingdom, was up 129 percent.

Laurent Droin, managing director of Eurazeo Brands in Paris, liked that Axel Arigato reflected the long-term consumer trend to dress more casually, not just the pandemic-era desire for extreme comfort. “These are not only sneakers that you wear on Sunday morning,” he said.

Axel Arigato has been profitable since the end of 2018, and the founders said they didn’t need to raise money to hit their future sales goals. (For 2020, sales are projected to be up 60 percent year-over-year.) However, more cash will allow them to expand rapidly online and offline. While the focus will be on Europe in 2021, they plan to expand further into the Middle East and North America with an eye on opening physical retail stores in those regions, as well as regional offices, in the not-so-distant future. They are also looking to Eurazeo to advise on corporate social responsibility. The company is committed to a “360-degree” approach to sustainability, “from the floor material in our store to the packaging to the product itself,” Svärdh said.

As for Eurazeo, Droin said the firm hopes to represent a happy medium between hands-off and “interventionist” investors, providing strategic support where needed. “We’re not the private equity grey suit, nor are we the guy who is on their back every day,” he said. “We want to add value.”