This article is published in tandem with Start-Up School, BoF’s new resource comprised of a practical guide and supplementary tools, templates and frameworks to fuel your journey to successful entrepreneurship. Become a member to access.

A company’s culture is its personality. The rules and norms that govern how employees approach their jobs and each other are rarely written down, but they are present from day one. They are a crucial aspect of building a business, determining the level of talent a start-up can recruit, as well as the overall level of productivity, creativity and innovation.

Corporate culture has become even more important as the millennial generation begins to move into leadership roles, and Generation Z enters the job market. The bar has been raised by Silicon Valley companies, which shower employees with perks in exchange for onerous workloads.

“It’s becoming more and more the ingredient that people who get multiple job offers are looking for,” said Allan Schweyer, a human capital strategist and the author of various Harvard Business School case studies on talent and company culture.

It’s becoming more and more the ingredient that people who get multiple job offers are looking for.

A company’s internal culture also sends signals to consumers, for good or ill, whether it is Patagonia’s commitment to environmental stewardship or allegations by Nike employees of mistreatment.

Culture is the difference between a company where people speak up to their boss or agree with them; where innovation is encouraged or shot down; where supervisors control and command or act as coaches and advisors. Founders can set these terms at the outset. There is no set template. Each company needs to define its own culture in line with its business strategy. But how can companies maintain and develop culture as they scale rapidly?

No structure or set of shared values will be effective unless they’re built around the right core team. Often, a founding team will include one individual to lead and execute the big picture (the leader), someone to build the technology and product (the genius) and one person to run the day-to-day business and work on industry relationships (the salesman).

What’s important are different but complementary operational skills; a start-up is unlikely to lift off the ground without a combination of technical and business expertise. According to a Harvard Business Review study, the success of a new venture is constrained by the weakest skill of the entrepreneur — it’s therefore important to combine creatives, technology-driven and financially-driven individuals.

“It’s important to create diversity,” said Farfetch founder and chief executive José Neves. “And not just in gender or social background, but diversity of personalities. Some people are right-brain, others are left-brain.”

Nick Brown, managing partner at Imaginary Ventures, narrows the process down even further, to the founder. At his venture capital fund, which has invested in Glossier and Everlane, among others, he prefers to work with curious founders who ask a lot of questions.

“You look for a really creative member of the founding team, it’s hard to be successful without some kind of creative talent around product marketing,” he said, adding that technology talent is easier to hire than a founder with a vision.

Regardless of the levels of creativity, new hires need to be in line with company values, particularly as a business scales.

“You hire people that align with culture so that… when I’m out on the road fundraising or whatever I’m doing, they’re being the culture on the ground,” said Ghizlan Guenez, founder and chief executive of The Modist, an e-commerce site offering luxury modest wear. “You can have the most amazing person in an area of your business, but if they’re a cultural misfit it could be a disaster for your business.”

Build Culture into the Organisational fabric of Your Company

The origins of the phrase “culture eats strategy for breakfast” are murky, but the sentiment rings true. Good organisational culture can have tangible effects on the health of a business.

A strong culture should be leveraged to attract and retain talent. Culture also needs to foster results and innovation — a business needs to make money, and can do so more effectively when employees have freedom, incentives and creativity to make that happen. Overall, an effective culture will act as a glue to integrate members of the business, through everything from fair compensation and incentives, to the overarching values of the company.

For Karla Gallardo, co-founder and chief executive of Cuyana, “the key is to invest in it.” The more a company grows, she said, the harder it becomes to maintain the same level of communication across employees.

“We need to [introduce] mechanisms for those values to become part of the day-to-day… we make sure with every person who interviews that there’s a culture interview,” she said. The company’s values are clearly delineated to determine whether there is a good fit.

As Schweyer explained, after consulting for a number of small- and medium-sized enterprises, what organisations have done is to split the business up into manageable teams, so the structure and communications stay on a manageable level, even when the business reaches thousands of employees.

Strong culture shouldn’t be for everyone, it should be a differentiator.

“You don’t want to have a team any bigger than six to eight people, and you want those teams structured within a tribe,” he said. “According to research, you can know 150 people. It’s no coincidence that happens to be the size armies used, and tribes formed around that number.”

This way, you can keep communications consistent and flowing. Not everyone needs to know what every member of the business is doing, but top-level communications still need to be constant.

Chris Morton, co-founder and chief executive of Lyst, admits that efforts in maintaining company culture were lost to product innovation, especially as the company scaled.

“We weren’t as mindful,” he said. “We scaled very quickly and didn’t invest in codifying, training and onboarding cultural values. We lost maybe a year to right the ship.” When Morton realised the operating system wasn’t allowing people to work together in the most efficient manner, his team began codifying it and paying more attention. “Strong culture shouldn’t be for everyone, it should be a differentiator,” Morton said.

Don’t Think of Diversity as a Trend

Diversity and inclusion have become buzz-words in corporate lingo. But it’s not just a numbers game; businesses need to remember that diversity drives financial performance.

A study conducted by the Harvard Business Review found that the most diverse enterprises were also the most innovative, and that companies with above-average diversity had 9 percent higher EBIT margins and 19 percent higher revenues. What’s more, another study credits 25 percent of the GDP growth per capita in the United States over the past 50 years to the uptick in white women and black Americans of both genders in the workplace.

Fashion businesses large and small have run into difficulties when it comes to integrating diversity from the entry-level upward. In February 2019, after Kering-owned Gucci faced accusations that one of its balaclavas evoked blackface, chief executive Marco Bizzarri issued a public apology and introduced a plan to address company diversity.

“We made a mistake. A big one. Because of cultural ignorance, but ignorance is not an excuse… The current perception is putting at risk all the values we believe in and have been working on from the beginning of our journey,” he wrote in an internal memo.

A diverse management team and workforce is a competitive advantage.

Soon after, Gucci introduced several initiatives — among them, the newly created role of global director for diversity and inclusion, who will focus on recruitment and education, a business-wide diversity and inclusivity awareness programme for all 18,000 employees, a $1.5 million scholarship programme and a $5 million non-profit fund.

Allbirds founders Tim Brown and Joey Zwillinger introduced targets during the interview process, where a certain percentage of candidates in round one must come from a diverse background. This practice is similar to the National Football League’s “Rooney Rule” which, starting in 2003, required that ethnic minorities be interviewed for every senior position.

This approach avoided formal quotas but raised the likelihood that those hired came from different backgrounds. Diversity also needs to factor into the makeup of every rung on the corporate ladder, from salespeople on the store floor to senior executives.

For Neves, whose 14-person executive board has six women, “it shouldn’t be done because it’s something trendy to do,” he said. “A diverse management team and workforce is a competitive advantage and therefore you achieve two goals: you have an inclusive culture and much better performance as a result.” 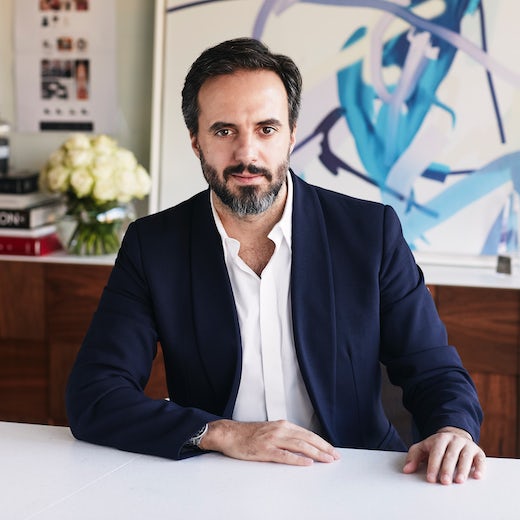 Why is a strong company culture important?

I think it’s essential because you have the very well-known saying that culture eats strategy for breakfast, and I really believe in this. Great cultures allow you to face adversity in difficult moments, they keep your head grounded in great moments, and fundamentally allow you to have the courage to make the right calls, because that is based on a very solid set of values. I think that’s what life at work is all about.

Did you face any particular challenges?

When we were around 120 people, we hired a very high calibre executive from a very large company, and because we hadn’t verbalised culture and values, during the interview process we were pitching to this person – which is a mistake, because we should pitch less and be more open and candid. They left within six months, and it was devastating. It was then that we had the whole team engaging in team-building and codifying the culture. When we came out of it, we subscribed to it and that was the handshake. The six values of Farfetch were not created by me, but by this group of people.

How did you maintain culture as you scaled?

It’s very hard because company cultures exist from day one. When you grow to around 50 people, especially if you have offices all around the world, those human connections are not as close, which means culture gets diluted and people start having micro-cultures.

At that point, the company needs to make a decision of absolutely verbalising, codifying and leading by its values, and embedding the values on all levels.

It starts from the top, the chief executive and senior leaders, and it’s an investment and a very deliberate effort.

Chapter 2: Fund Your Business for Growth