LOS ANGELES, United States — Emma Grede likes to spend her Sunday afternoons reading through reviews written by customers of Good American, the denim-focused digital brand she co-founded with Khloe Kardashian in 2016. That’s where she discovered that despite its unusually extensive size range offering, Good American was failing to address a segment of women who fall between what is traditionally known as “missy” sizes, which go up to a size 14, and plus, which can begin around size 16. Not only was the brand seeing a disproportionate amount of returns of jeans in sizes 14 and 16, but women were writing in to say that neither pairs worked for them.

So Grede brought in a group of those customers into the office for fittings, and Good American created a new in-between size.

“You learn the hard way, right, because if you ask for customer feedback, my god, you’re going to get it — good or bad or ugly,” said Grede. “Size 15 is now my third best selling size, and it didn’t exist [before].”

The Good American co-founder joined Tim Brown, the co-founder of direct-to-consumer shoe brand Allbirds, and Hilary Coles, the co-founder of mail-order healthcare and wellness companies Hims and Hers, onstage at BoF West. The conversation about retail strategy, brand values and the challenges of acquiring customers was moderated by BoF's chief commercial officer, Nick Blunden.

The three companies represented on stage have seen some of the fastest growth rates of the digital direct-to-consumer brand era.

Good American sold $1 million worth of denim its first day and has since raised an undisclosed amount of funding from Alliance Consumer Growth and Imaginary Ventures.

Allbirds launched in 2016 and reached a reported $150 million in sales in 2018, according to Axios. The brand has secured over $77 million from investors including T. Rowe Price, Fidelity, Tiger Global, Maveron and Lerer Hippeau.

Hims launched the women’s counterpart Hers in November, one year after its men’s business began operating, and both are together reportedly valued at $1 billion. The businesses have raised $197 million from Thrive, Forerunner and other investors. Hims reached $1 million in recurring revenue in its first week in business. 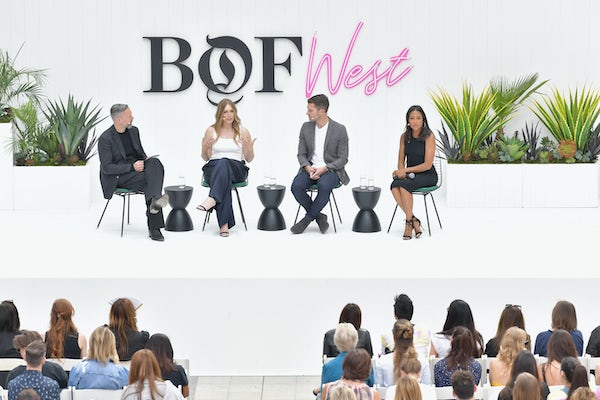 All three founders credited the importance of listening and reacting to customer feedback as a reason for their brands’ success.

Allbirds has tweaked the design of its best-selling Wool Runners style nearly 30 times based on customer response to design and fit, as well as the additions or more sustainable materials. The brand’s direct business model enabled it to make changes fast and frequently.

“We don’t have to wait for the wholesalers to feed [responses] back to us or wait for ‘open to buy’ windows; we can make those changes in real time and we’ve done that from the beginning,” said Brown. “[Customers] are a part of this journey and I think its been an enormous business advantage for us.”

Allbirds is also enlisting customer input to decide which projects to fund as part of the company’s new initiative to offset the carbon emitted by every single aspect of the business, from supply chain to employee commutes.

Customers are also part of these direct-to-consumer brands’ journeys because they are powerful marketing tools, spreading the word to friends and family. And in today’s crowded and competitive digital retail market, brands are struggling to reach new customers without spending a fortune on advertising on Facebook and Google. 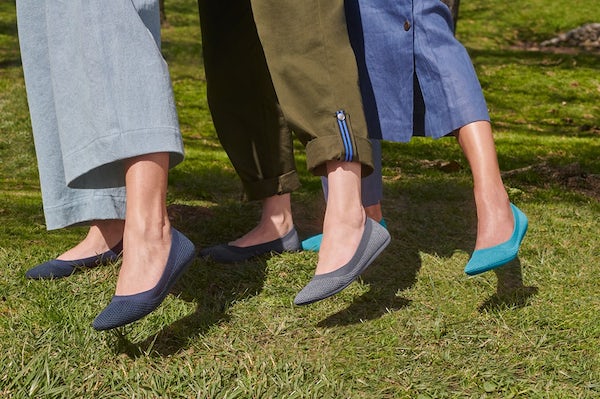 “It’s never been more competitive,” said Brown. “Unless you’ve created a product or experience that people want to share and tell their friend about and fills a gap, some sort of white space, it's not going to work.”

Coles and Hims founder Andrew Dudum, who met working on a consumer app before starting Hims and Hers, launched the business with a clear goal of never being reliant on companies outside of their control. “One of the dynamics of a consumer app is that if Apple sneezes, you are going to get the flu,” she said. So the company is trying to think differently about marketing and, for example, putting up ads on urinals inside a sports area. “We test all the time; any given day, we are testing at least dozen channels,” she said. “We are looking at people who might not be on their smartphone every day.”

Grede agreed that Good American’s community of customers are its best advocates. While her co-founder Khloe Kardashian’s social media audience of over 170 million followers is a huge advantage, Grede is still focused on finding ways to nurture that community and encourage it to tell potential future customers about its products. So the brand invites customers to be cast in its campaigns. “That’s really about us saying, ‘We are you, you are us, come and be part of what we’re doing,’” she said.

Physical retail will play a key role in attracting new customers, too. Grede wants to design “a truly inclusive experience in bricks and mortar,” when Good American opens its first standalone stores, in order to make sure its customers feel comfortable regardless of size — unlike most other retailers which only offer plus sizes online, or only display items on straight size mannequins. Since shortly after its launch, Good American has partnered with retailers like Nordstrom who agreed to carry the entire range in stores and has since expanded to Bloomingdale’s, Neiman Marcus, Selfridges, and Harrods. 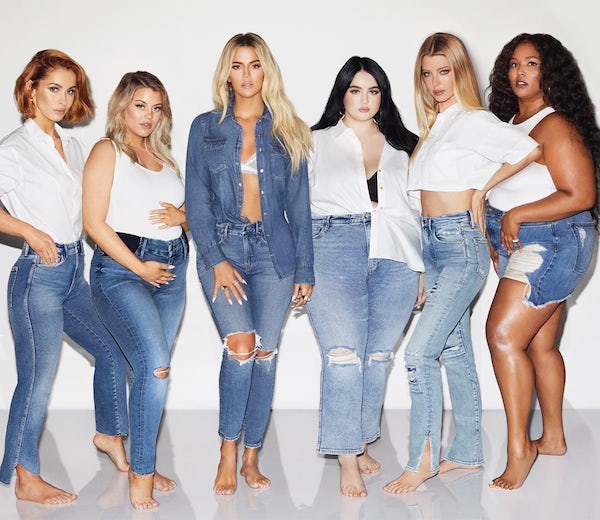 Allbirds has stayed away from wholesale partnerships and recently opened its seventh store globally in Shanghai, as it continues to offer customers more ways to try on its shoes without giving up any control over the in-store experience. “The integration of the online and offline experience for a brand is, I think the most [important] opportunity,” said Brown. “Wholesale brands got in between the customer and the brand. I think that’s all changed with the direct-to-consumer revolution.”

Coles agreed that controlling the retail experience is a priority for Hims and Hers as the brands explore physical retail. “We’ve been starting to test with other brands and collaborate on different popups,” she said. “I think it takes that DTC stuff one step further in that you’re able to connect and control the experience just a little bit more, and build that trust and relationship with the customer. And that’s ultimately all that matters.”

Today’s customers build trust with brands through shared values, too, and all three founders emphasised the importance of building purpose-driven brands — both for customers and for employees.

“There's this demand now for a new generation of consumer that’s starting to say — business needs to be a force for good, it’s not something you tack on at the end,” said Brown, highlighting Allbirds’ focus on sustainability. “For us, that purpose was an absolute non-negotiable. I think it’s fuelled our brand, I think it’s fuelled the people we have attracted and hired.”

Coles agreed while describing the confusion and gaps created by the US healthcare system. She said the mission of Hims and Hers is to teach men that it’s okay to want to take care of themselves and give women more practical and clear health solutions in a crowded and confusing wellness market. The company now has 140 doctors in its network prescribing medicine and treatments. “It’s totally changing your relationship with healthcare,” she said, adding that many many people are overlooked by the system, or made to feel like they don’t have options.

For Good American, inclusivity is the guiding principle. “The fashion industry was really at this odd point where what was happening on social media with the body positivity movement was really not reflected in fashion,” said Grede about her thought process at the launch of the brand.

“I set about creating a range based on an entirely different body shape, and I like to call it the body shape of popular culture,” she continued. “We haven’t looked back since.”