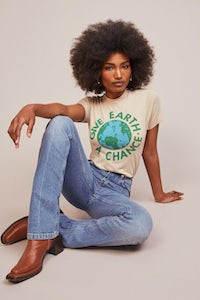 LOS ANGELES, United States — In June, as swelling civil rights protests across the US emboldened employees, unleashing a flood of social media posts alleging racist behaviour in the workplace, a much-hyped California fashion startup was caught in the crosshairs.

Yael Aflalo, founder of Reformation, the cool-girl dress label-turned-mid-priced fashion sensation, announced that she would resign from her role as chief executive after being accused of refusing to hire black models, and other acts of exclusionary, mean-girl behaviour.

Aflalo, who sold a majority stake in Reformation to private equity firm Permira in 2019, was immediately replaced by Hali Borenstein, a longtime employee with previous experience in management consulting. The company also launched a third-party investigation, conducted by the law firm Morgan Lewis, to examine Aflalo’s behaviour and the company culture.

On Friday afternoon, the findings of the investigation, seen by BoF and set to be released on the company’s website, were shared internally with staff at a town hall meeting. Representatives for both Reformation and Morgan Lewis declined a request for executive comment, but in a letter sent to Reformation employees and viewed by BoF, Borenstein outlined the work the company has already done to improve its culture as well as the new commitments it has made.

“These findings don’t reflect the Ref that we all aspire to,” Borenstein wrote. “However, they do provide us with a clear path forward and direction on where we should go next. This is not a quick fix and will require commitment and investment on several fronts.”

Essentially, the report, the result of interviews with 46 employees across every part of the business, plus Aflalo, said that the environment at the company was not “racist,” defined by Morgan Lewis as “mak[ing] decisions and or treat[ing] others differently based upon race.”

It also said that Aflalo did not act in a “racially motivated” fashion toward any employees. However, Aflalo’s behaviour was inappropriate, the report found, and the culture at the company did not keep pace with the demands of a fast-scaling business.

”Employees who commented on this subject said that they do not believe that Ms Aflalo is racist,” read the report. “Various employees of all racial backgrounds reported, in similar fashion, that she had treated them in ways that were upsetting to them.”

The report did not provide specific examples but instead highlighted broader company issues, including a “cliquish” culture, a human resources department that was too small for the size of the business and facilities issues — including problems with heat, air conditioning and plumbing at the company’s retail stores. “Generally, the recurring themes from employees were that corporate did not appreciate how ongoing facilities issues were impacting them, and therefore did not give the issues the necessary attention,” it said.

When Aflalo founded Reformation in 2009 with a line of trend-forward, well-priced garments primarily sold through her own stores, she was a pioneer in transparency, clearly marking how much energy each garment took to make on its each website product page, and becoming a poster child for a concept that many still deem an oxymoron: sustainable fast fashion.

But as sales grew and the venture scaled, the company’s internal culture remained static, still stuck in a mould set by Aflalo and a few friends. Like many fashion and beauty businesses, a “you can’t sit with us” attitude prevailed, although it became more difficult to successfully maintain as the company grew and began hiring executives with more professional experience.

By June 2020, when former employee Leslieann Elle Santiago — who worked as a general manager at Reformation from 2013 to 2016 — posited on Instagram that she was passed over for promotions and often made to feel excluded, Aflalo had become wary of her leadership position, uncomfortable with the spotlight cast on her and the pressure to be a public figure.

She quickly resigned from the business, which generated $150 million a year by 2019 but needed to scale up even further in order to appease its new investors, which were betting that Reformation could become a global brand with a robust international business.

Since Aflalo’s departure on June 12, Borenstein and the team have made operational changes that also happen to offer solutions to some of the problems highlighted in the new report. Monique McCloud, a Black human resources veteran with an expertise in diversity and inclusion, was hired as chief people officer. Along with creating platforms for employees at every level to have a chance to speak, seeking advice from outside sources such as the Black in Fashion Council, holding diversity, equity and inclusion courses and conducting more than 40 listening sessions with corporate, retail, distribution centre and factory employees, the company has made concrete changes to policy.

Employee benefits packages were updated — with increased holiday, volunteering and vacation time. The most externally obvious change was a shift in marketing, with an emphasis on diversity not only in model choice but in behind-the-scenes talent and influencer.

The company also detailed further changes it plans on making, including improving the hiring process, expanding the human resources team and a pledge to spend more time developing internal talent.

Reformation is checking all of the right boxes, doing exactly what most experts would advise. But that does not mean the efforts will be successful. Danielle Prescod, a fashion editor and founder of consulting agency 2 Black Girls, who has advised Reformation during this period, said that no matter what a third-party investigation finds, no company can move forward in a productive way unless leadership acknowledges there is a problem. 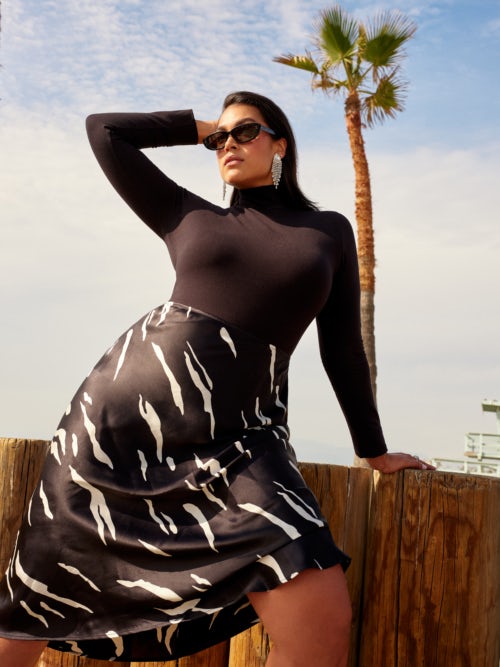 A look from a recent Reformation marketing campaign | Photo: Courtesy

“A refusal to know what was wrong will make it hard for you to know what to do next,” Prescod said. (She has not reviewed the report.) She also noted that while she is impressed by Reformation’s effort to make its models and messaging more diverse and inclusive, “the marketing is so easy for them,” she said. “It’s what comes most naturally.” In order for that messaging to feel authentic, the company must fix what’s happening internally, and ensure that people of colour are presented and heard at every level of the business. In June, as a part of its sustainability report, the company published a full breakdown of its employee makeup and will continue to do so annually. At the time, the leadership team was 80 percent white and 20 percent Asian. At the corporate level, just 1 percent of employees were Black.

Third-party investigations can help in this process, but they are not always effective.

“If it’s truly independent, it gives the company an objective view, which is hard to have when you are internal,” said Amy Oppenheimer, an attorney and former president of the Association of Workplace Investigators, a trade organisation that represents lawyers, human resources managers and private investigators. “It’s not designed to be a change agent, but it can be a change agent.”

Along with reforming its internal culture, Reformation is reckoning with a challenging pandemic-era retail environment and competitors that are replicating its particular flavour of marketing and product mix. Aflalo, while not a natural chief executive, was the creative engine of the operation, and finding someone with equal abilities may prove difficult. (While she remains a shareholder in the company and has kept her seat on the board, she is no longer involved in the day-to-day operations.)

Private equity firms like Permira traditionally seek an exit within three to five years, which will require Reformation to open many more stores and scale up its global business during a period when expansion is more challenging than ever. The next stage of growth is crucial for the business. But that won’t happen without making the workplace better.

Reformation Founder and CEO Steps Down After Accusations of Racism

Can Reformation Become the Global Go-To For Cool Girls?

Female Founders Have Used Their #Girlboss Status As a Brand Builder. Behind the Scenes, It's Complicated.