A Man’s Identity Redefined in Paris

In the current climate of fluid identity politics, Tim Blanks examines images of masculinity offered on the Paris runways.

A Man’s Identity Redefined in Paris

In the current climate of fluid identity politics, Tim Blanks examines images of masculinity offered on the Paris runways.

PARIS, France — If it sounds like stating the obvious to say that menswear’s primary concern is masculinity, enough fog has formed around the concept in this era of fluid identity/biology politics that some designers in Milan clearly felt the need for the Klieg light of clarity. Ride ‘em, cowboy.

It’s probably the case that a man’s identity is redefined every time someone sits down to think up an outfit for him. But, in the current climate, it’s illuminating — or at least entertaining — to step back and examine just exactly what it is that designers are trying to convey with the images of masculinity that they are offering on their catwalks. Paris has been a veritable buffet. 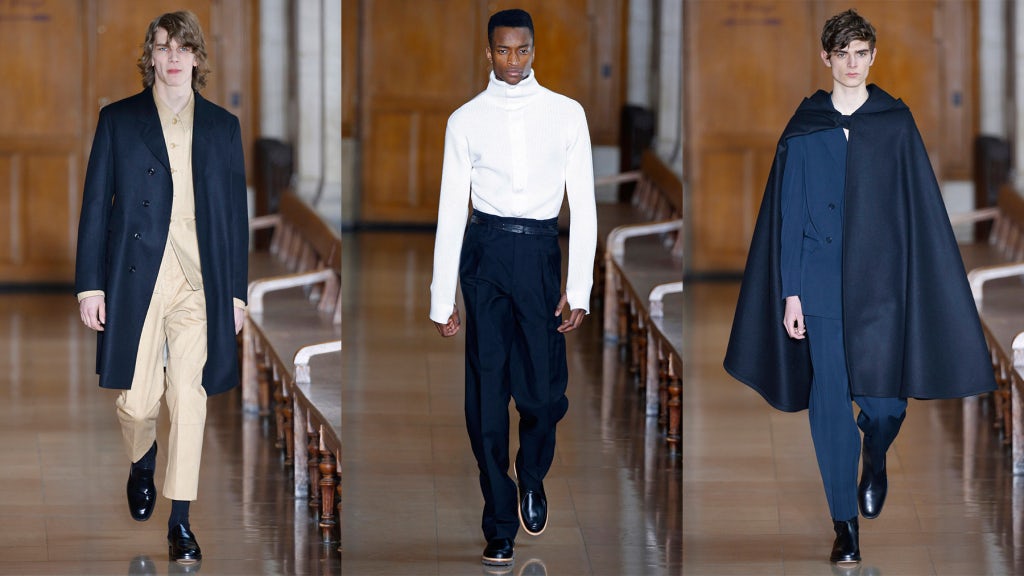 Christophe Lemaire is a Frenchman whose close friend is the photographer Elaine Constantine, the director of a cult movie about the UK’s Northern soul scene. Lemaire loves soul music anyway, so Northern soul gelled with him. He was inspired this season by the movement’s working class pride and dynamism. His designs for men and women have always been distinguished by precision, purity, utility, even a sensual minimalism. He evolves. A new sartorial spirit in suits and coats combined with the utility of workwear and the volume of martial arts clothing — big with Northern soul fans — to produce a collection that had all the quiet dignity of the men in an August Sander photograph (which linger in the memory as some of the 20th century’s most influential and unambiguous portraits of malehood). Lemaire also cut a suit from sturdy Thornproof tweed, which he paired with a silk shirt. He clearly appreciates that a man has appetites. 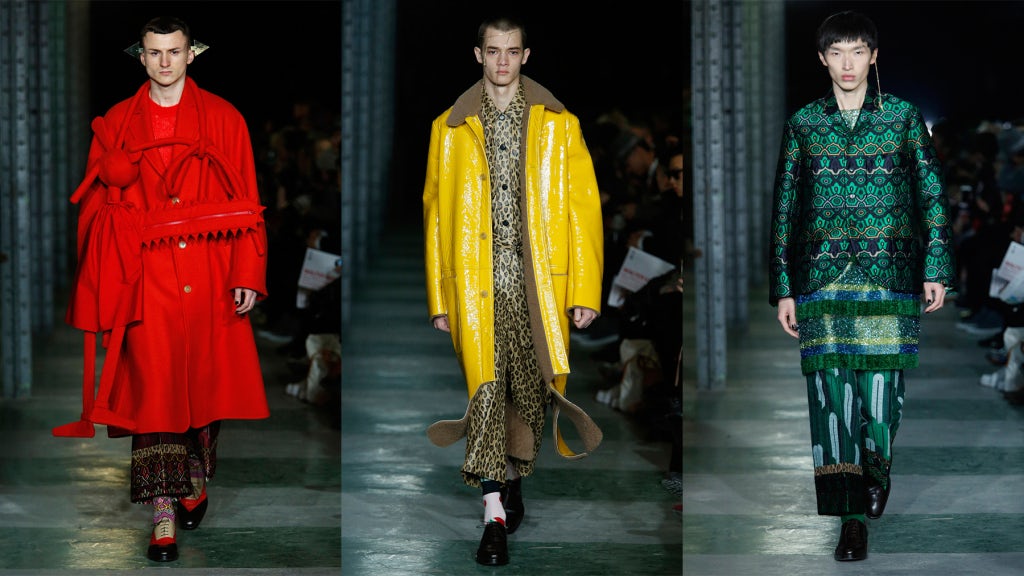 Walter Van Beirendonck shares that sentiment, but his man is currently inclined towards anger, like any feeling human being in the world’s present parlous state. “Peaceful people are getting pissed off,” he said. Which is why he called his collection WOEST, Flemish for “furious,” and turned his invitation into a poster-sized cartoon-Bosch depiction of environmental indignities. WVB also built puppets into his clothes to convey the idea of people playing with other people’s lives.

He tailors like a dream, but the dream turned nightmare when he attached a 3-D chainsaw to the front of one jacket. When you zero-ed in on the charm-like jewellery, you saw a teddy bear with a saw, a bunny with a gun. That’s the most striking thing about WVB’s dystopia: he makes it so attractive. His colours were optimistic, even as they shaded scenes of catastrophe. So what was he saying about masculinity? Try this: you can be engaged by fashion, but don’t let that engagement numb you into passivity. Fashion + fury = another way forward. 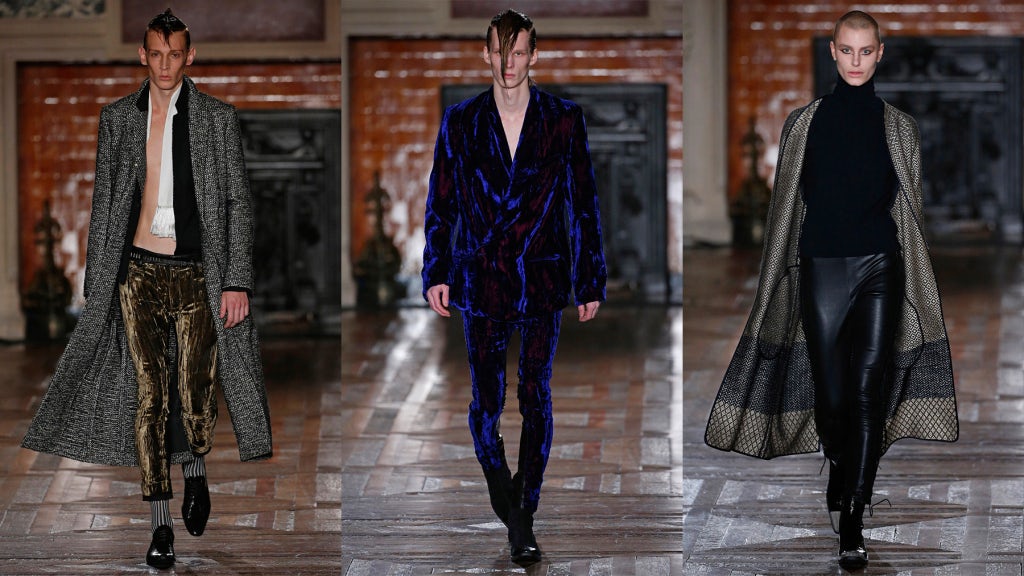 There was certainly an urgency in Haider Ackermann’s show. Whether it was fuelled by fury is debatable. It felt more like fashion. The spirits of the hyper-stylised Tokyo bike gang from Ridley Scott’s Black Rain possessed Ackermann’s models. The boys were Mohawk-ed rocker peacocks in long coats of gilded tweed and gold panné velvet, in pipestem pants of lame and vinyl, in jackets of whipstitched leather and a royal blue velvet that sucked all the light from the room. Which was difficult, because the salon at L’Hôtel de Ville where Ackermann showed was livid with gilding, like Fort Knox had thrown up in the room. The women who walked in the show were conspicuously less vivid. “Men are very peacock-y,” said Ackermann. That was definitely his man. His woman, in this context, was a peahen. And if there was an edge of damn-it decadence in the presentation? “That’s personal freedom,” said the designer. For everyone.