A Pale Summer in Milan

While Canali and Jil Sander stuck to pastels and faded tones, Marni broke the mold with dryly humorous mix of the academic and the rebellious.

A Pale Summer in Milan

While Canali and Jil Sander stuck to pastels and faded tones, Marni broke the mold with dryly humorous mix of the academic and the rebellious.

MILAN, Italy — The predictable pairing of season and color is probably one of fashion's tritest cliches. Spring/Summer generally calls for pastels and faded tones, which is exactly what we are seeing at the men's shows in Milan. Welcome to the era of the obvious.

There were light tones of grey and blue, spiced up with dashes of burnt Sienna, at Canali, one of the veritable bastions of Italian dressing. The chromatic lightness was a counterpoint to the house specialty: weightless tailoring. And, indeed, everything looked breezy and airy on the catwalk, from formal suits worn with informal panache to sportswear worn with an air of propriety. It was business as usual for the brand, which is a perfect example of Italian classicism. But the goings got repetitive — even a tad boring. The collection lacked the slight fashionable sparkle of recent seasons. The reason? The lack of a creative director. No matter how traditional the brand, staging a fashion show requires a keen act of image-making. Otherwise it's just clothes and it's better to just show them in the showroom. 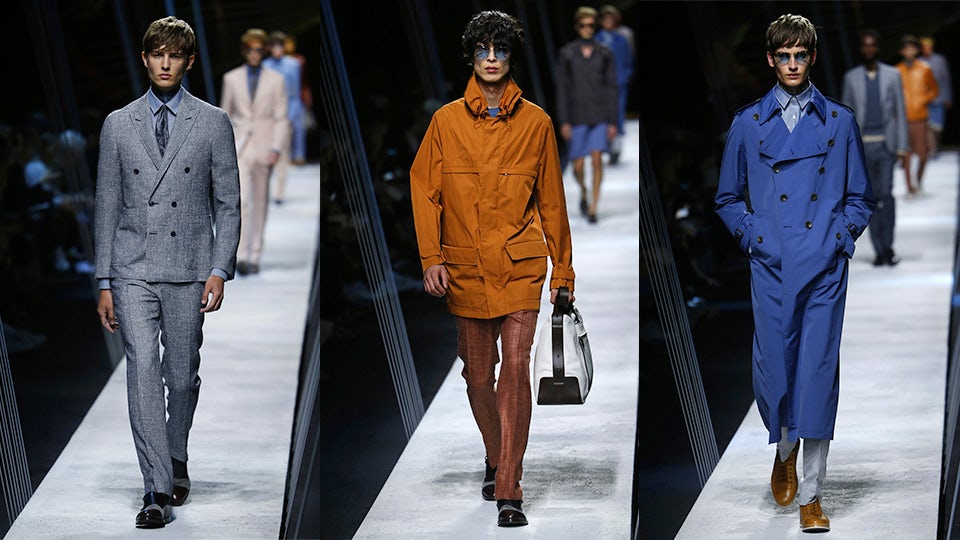 At Jil Sander, Rodolfo Paglialunga dialed down the odd diversions of the past few seasons - militarism and fetishism - and went back to the core values of the house: luxurious simplicity and sophisticated function. The collection, which greatly benefited from being concise and tightly edited, was easy, modular and soft, due to the abundance of faded and washed surfaces that gave pieces a sun-bleached allure. Sander's very own civilian take on the idea of the uniform was apparent in the long trenchcoats and functional shirt-jackets, and, overall, in the idea of a modular offering of pliable staples. The effect was, again, a tad repetitive, but the message had appeal: Paglialunga has perfected the idea of the compact, fuss-free wardrobe for self-aware men who find stressing over their look deadly boring. 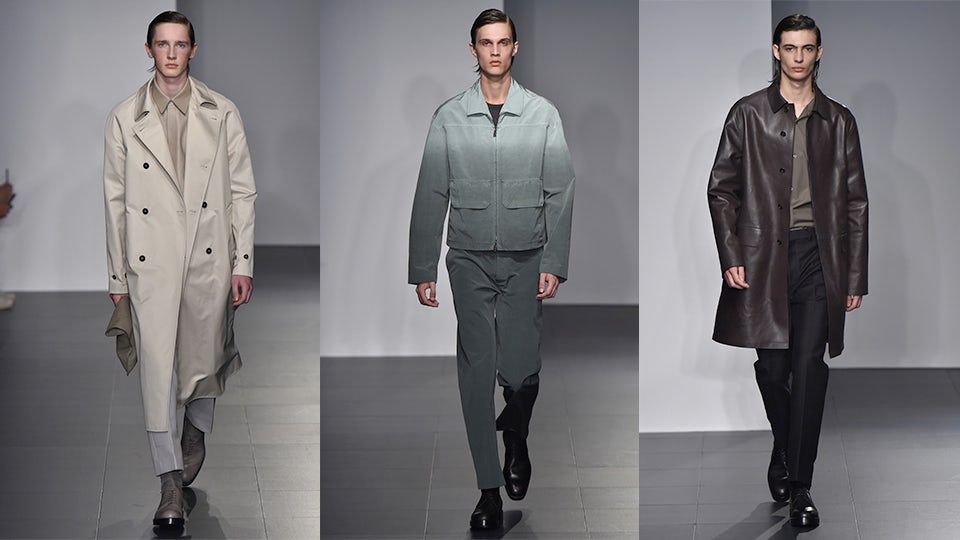 There was nothing boring at Marni, where Consuelo Castiglioni keeps fine-tuning her idea of a young man who is both pensive and bold, quiet and outspoken. As it often happens for this label, the collection had its roots in workwear: velcro closures and open backs on coats pointed strongly towards lab coats, butcher gear and other manifestations of utility. 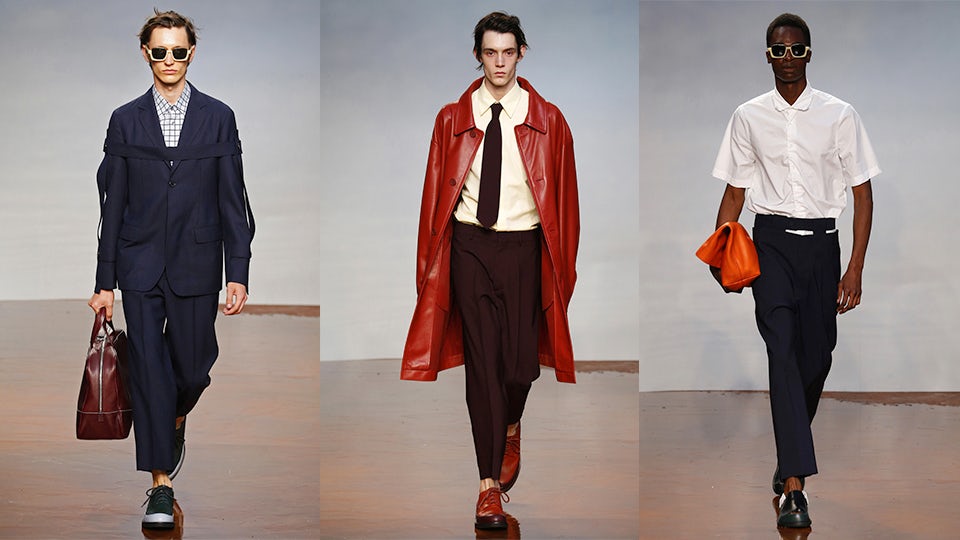 It was done in the most non-literal of ways, of course, because Castiglioni favors quirkiness and intelligent unpredictability. The subcultural nods were particularly effective: bondage straps of unmistakable punk roots were treated as graphic elements, landing tailored jackets and flat-front slacks a charmingly chaotic feel. As for colors, apart from light blue, there were no pale pastels, while striking shots of orange lit a classic base of khaki and deep blue. It worked wonderfully, suggesting a dryly humorous mix of the academic and the rebellious.