A Season of Change for Peter Pilotto and No.21

The labels both staged co-ed shows for the first time — with differing results.

A Season of Change for Peter Pilotto and No.21

The labels both staged co-ed shows for the first time — with differing results.

MILAN, Italy — "The move to Milan might not be permanent, but it is also not a one off," said London-based Peter Pilotto before his and partner Christopher De Vos's show, which officially opened Milan Fashion Week. "It is nice to change things sometimes. On top of that, we have mixed backgrounds — I am Italian/Austrian, Christopher is Belgian/Peruvian — and we develop most of our things in Italy. The bright light of this country made us explore a sunnier, more daily side to our label." 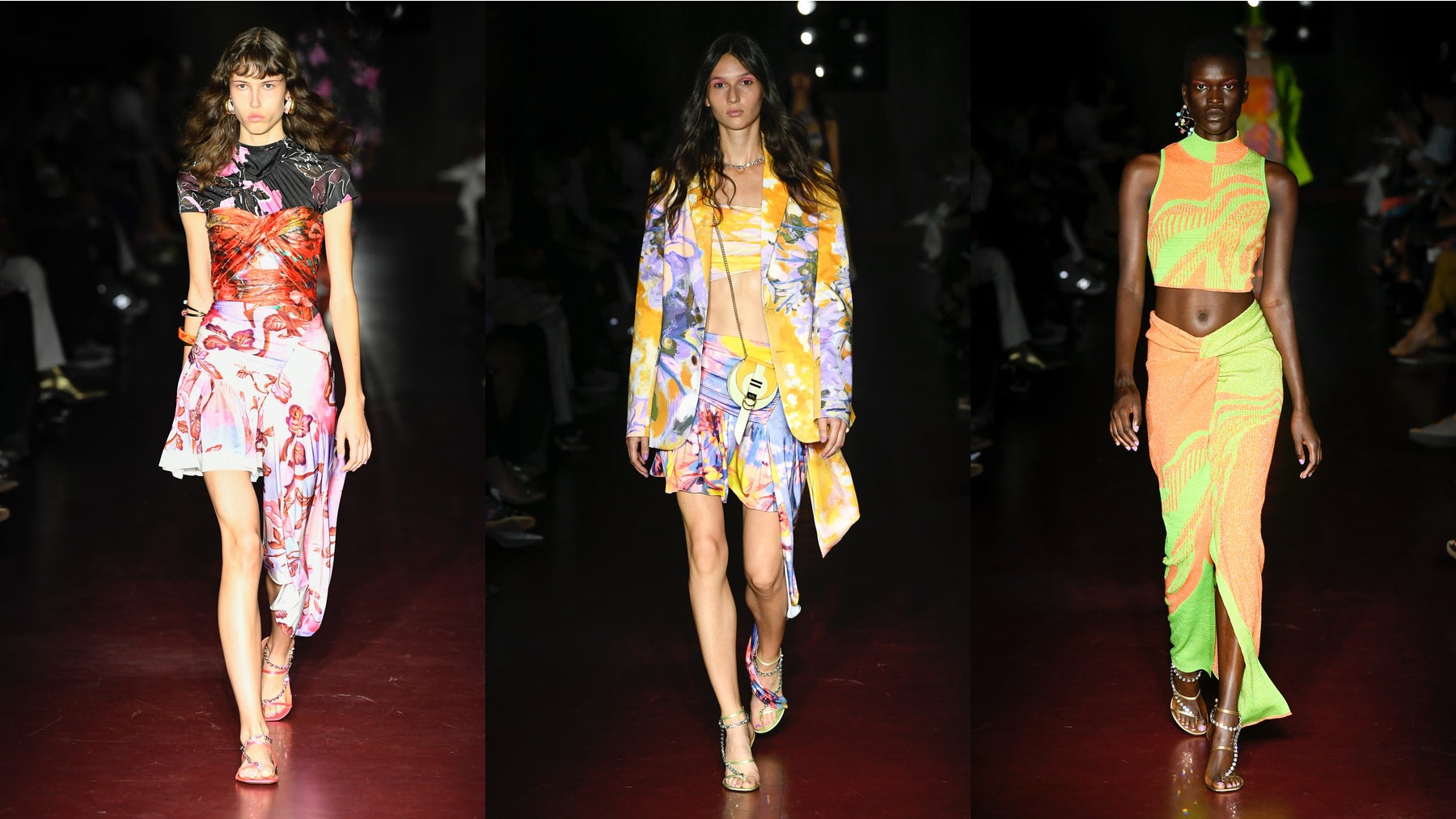 The show that followed was held in the pitch dark of the foyer of Teatro Manzoni, a mid-century modern landmark right in the heart of the quadrilatero — a contradiction, perhaps? It was sweltering hot and humid inside, however, which made for the feeling of an ever-lasting Italian summer. Even more Italian were the nods that filled the collection, which, for the first time, included menswear: there was quite a lot of Missoni-ism in the glittery and slinky knitwear — long cardigans, polos for both him and her — while the bonkers-ladylike mix of bucket hats and couture coats in odd brights touched the Prada-sphere, and so did the slightly fey idea of masculinity — satin sandals, anyone?

For the rest, it was prints galore — a Peter Pilotto signature — and lots of billowy asymmetry and shiny silky fabrics. If this was an attempt at a more mature, or relaxed direction, it looked, ehem, a little directionless, a tad random. 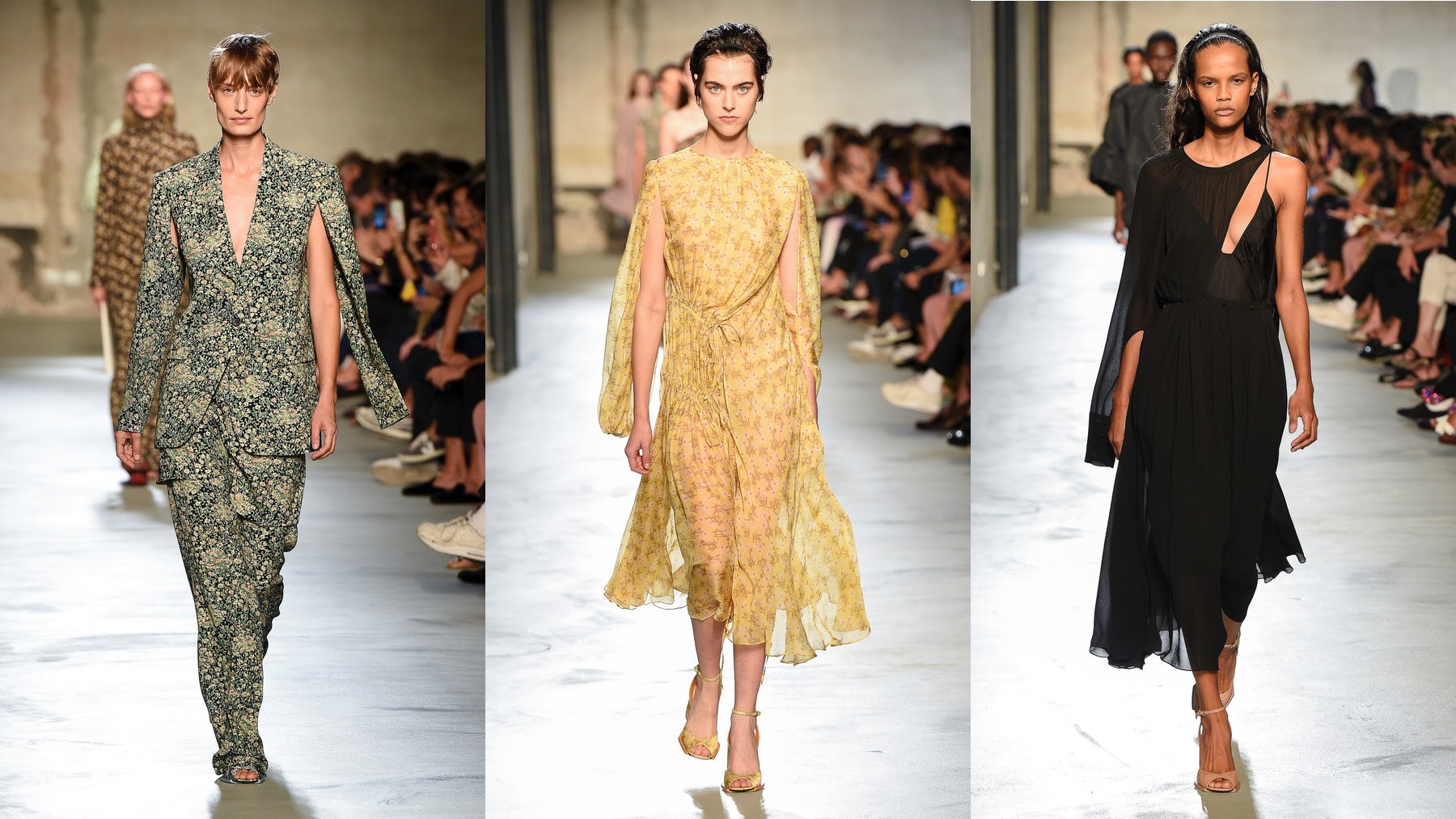 Alessandro Dell'Acqua, too, opted for a co-ed show, a first at No.21. You might or not like what he does, but Dell'Acqua is a master of his art, so his message is fully delivered. In other words, no randomness here, and a synergy between men's and women's. "I wanted to show some skin," he said backstage. "Due to the politically correct craze, we've all become way too prude."

The invitation to the show came in the form of a pair of sheer, flesh coloured briefs. There was no sheerness on show, however, but a sharp, sartorial way of revealing the body decked in roomy tailoring in dense fabrications softened by little flower prints or silky surfaces. Slits placed under the arms, or along the sleeves, allowed for the arms to peak through. Large boatnecks left shoulders bare. Dresses were artfully draped and bermudas came in spacious shapes. Tension is a good way to describe the collection's constant face-off between strictness and perversion, precision and abandon. Everything looked very proper, until it was not.