All About The Mix

Michael Kors' new collection had a schizophrenic quality — just the way he wanted it. 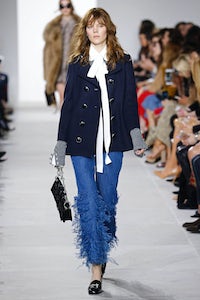 All About The Mix

Michael Kors' new collection had a schizophrenic quality — just the way he wanted it.

NEW YORK, United States — Michael Kors' new collection had a schizophrenic quality, and that was just the way he wanted it. "Anyone who's chic is ‘schizy’, anyone who's head to toe in one look is kind of a snooze," he said backstage, while Blake Lively billed and cooed. "Individual style is all about the mix. If it's tailored, you've got to wear it with something flirty. If it's tweed, I want to get in a flower. If it's feathers, you treat them in a laid back way," he continued.

And that, in more or less a nutshell, was the collection. ‎Freja Beha Erichsen's jeans were decked with ostrich plumes. Jamie Bochert's tailored tweed suit dissolved into flirty, fluttery streamers of fabric. A grey cashmere sweatsuit was wrapped in a froth of powder blue arctic fox, defining the show's ongoing dialogue between sober and showbiz. "Alexa meets Liza," said Kors. So you could picture Chung in the proper little brown suede skirt suit, while Minnelli, in her glory days at least, would have done full justice to sequinned, feathered pants in stretch tulle.

"Women are always playing yin and yang games," Kors added. In writing his own rules for those games, he managed to create a strikingly complete wardrobe to satisfy both extremes. You rarely see so many clothes for morning, noon and night in one show anymore, from a navy peacoat to a silver brocade go-go dress, from a cabled camel sweater to a pop-floral mink chubby. And all of it glossed with Kors's Midas touch.

Re: that. If you're ever wondering what to give The Man Who — probably by now — Has Everything, get him a Broadway show. Kors wants to produce. ‎After all this time and money, he's still a boy with a dream. 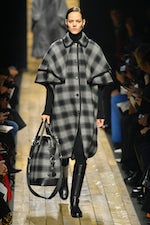 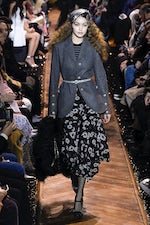 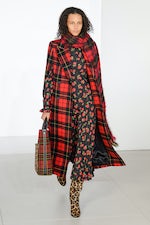 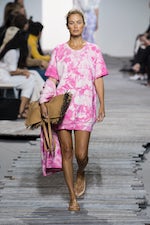