Real life seeps onto the runways of the men’s shows in New York.

Real life seeps onto the runways of the men’s shows in New York.

NEW YORK, United States — The stock market went into free fall on Monday afternoon, the first day of New York Fashion Week: Men’s, the three-day coda to the month-long Transatlantic showing of the Autumn/Winter 2018 menswear season, kicking off just after the new year in London. Standing in the frigid cold, waiting to be patted down (yes, really) for the Ovadia & Sons fashion show that evening, two men barked at each other, fretting over the volatility of crypto-currencies (yes, really). Inside, a cerulean button-up shirt announced “Bitcoin, No Cash” on the runway, which is one way to grasp at relevancy, but the collection fell limp, a jumble of music tropes — punk and rock ’n’ roll, mostly — that led to nowhere in particular except a watered down homage to Hedi Slimane’s increasingly distant work for Saint Laurent.

Such was the season, a whiplash-inducing mix of brands trying to figure out how to capture consumer attention and speak to modern life— cryptocurrencies and all. There seem to be two main camps: The easy, Instagram-friendly approach (slouchy streetwear, bold graphics) or the instinct to step off the social media hamster wheel and connect to something more meaningful (handcrafted details, personal narratives as design inspiration) in hopes that those sorts of efforts will be rewarded. Not in likes, per se, but meaningful customer loyalty and engagement. This, of course, is presupposing we can avoid a nuclear war before Spring/Summer 2019 rolls around.

It all started at New York Men’s Day, a group presentation of up-and-comers that directly precedes the bigger, more-established Fashion Week run by the CFDA (though the delineation is more confusing than anything). Taofeek Abijako, the precocious 19-year-old designer of Head of State, looked to his childhood in Nigeria, and later United States, for inspiration. “It’s me digging into my upbringing in West Africa and analyzing my assimilation into American culture, especially youth culture on both sides,” he said of his collection of stately sportswear in muddy earth tones and slick, plastic-y textures. Abijako moved here at age 12, landing in Albany, New York, a few hours north of Manhattan. There was a youthful energy in the plaid pants, long sleeve striped polo, lamblike white fleece, and two-toned pullover anorak. The unassuming cut —straight-leg pants, slim tops — was a nice reprieve from the tricky oversize silhouettes that currently dominate. That ease has seen Abijako’s stockist list grow healthily to include names like Assembly and American Rag in Los Angeles.

Luke Tadashi of LA-based brand Bristol also had immigration in mind, his grandfather’s journey from Japan to America after World War II. He pulled the crinkly shirt textures (resin-washed cotton) and sepia palette from his grandfather’s faded photographs. He mixed the Autumn/Winter collection with pieces from Bristol Studios, the sport-inspired “elevated basics” line that works on a more “drop” based system. It’s an interesting business plan, playing seasonality and hype-inducing drops off one another, one that younger brands are probably more open to experimenting with, having grown up with Supreme as a guiding light. Also of note, Tadashi was tapped by Adidas for a collaborative sneaker, inspired by a silhouette designed Kobe Bryant back when he was a rookie, to be released in LA during All-Stars Weekend — proving the overlap between sport and fashion will continue to deepen. Still, if Tadashi caught the eye of a global behemoth like Adidas, it’s wise to keep tabs on him.

The idea for David Hart’s show — a retort to the string of American fashion brands decamping for Paris — was fun. It’s good to have someone call these brands out for their disloyalty, even if it does mirror a recent report of the Trump Slump, a four percent dip in tourism since the President took office. Hart’s show had a cartoonish and awkward appeal, all paint-splattered pants, bright stripes, colorful tailoring and chunky fisherman knits topped with berets and pins that read “Ugly Américain”. A sweatshirt picturing Eiffel Tower that read “New York Fashion Week Paris” was a funny inside joke.

Willy Chavarria, one of the more hyped designers of the season, presented a collection of oversized workwear styles on a line-up of dead-eyed thug types that brought to mind prisoners and gang members, disenfranchised communities one rarely sees on the runway. That he unearthed a sort of tragic beauty and fragility in it was all the more refreshing. “I wanted to tell a story of realism,” he said backstage. “As I was designing, I was a little depressed, and I felt like we’re in a cumulative state of depression, I feel like people aren’t happy, they’re sad.” That was reflected in the capacious shirting in plaid or drab gray, the leather outerwear styles and the drooping, pooling pants, which Chavarria wanted to feel like it was cocooning and protecting the wearer. Sweatshirts had a retro feel but with subversive touches like the word Consciousness written backward or an upside down American flag, like a haunting salute to a fallen dynasty. Was it meant to be read as a political statement? “I’m just reflecting the times. If you’re not thinking in a political way right now, you should,” he said. “Wake up.”

On the other end of the spectrum, there was the supreme finesse and giddy sexuality of Tom Ford’s show, with its lustrous fabrics and performance gear for the slopes of Gstaad, but with the luxe factor turned up to 10 (or 20). He ended with swaggering metallic evening wear and a parade of beefcakes in boxer shorts and socks, announcing his new underwear line (seven flesh tones plus animal prints). Backstage, Ford said that living in LA has affected his creative process. You could see it in the California colours — Barbie pink and citrus yellow — and the general air-headed frivolity. Even if a person could somehow resist the charms of Ford’s world they should ask themselves why they would want to. Plus, you have to respect the clarity and hair-splitting precision with which he articulates it, how fully it’s realised. It’s silly business but the execution is dead serious. Aspirational but almost-attainable, and fun to boot. 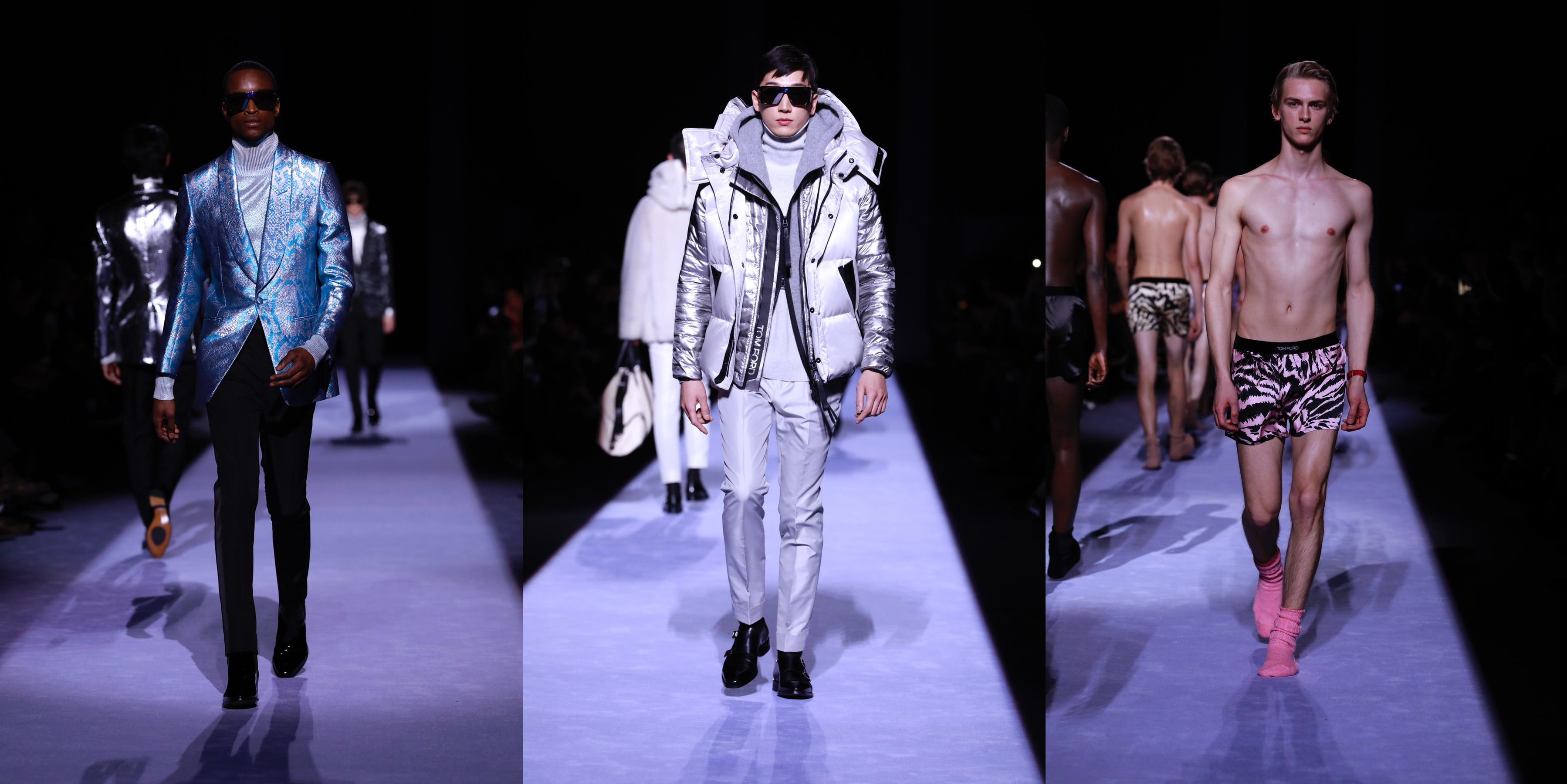 View Collection
Todd Snyder’s starting point for his fall collection — Savile Row tailor Tommy Nutter-meets-East Coast prep school — is a well-tread one, but when the end result is so sumptuous, one is apt to forgive the lack of originality. Instead, focus on the relaxed shapes rendered in a burnt, autumnal palette. The result was moody and lush. It’s hard to present capital-F fashion on the runway without looking ridiculous, but Snyder nailed it here with a wide wale corduroy topcoat in camel with a shaggy collar layered over a houndstooth shirt and roomy selvedge jeans. Throughout the collection, Snyder made a case for wearing a matching jacket-pants “set” — in stiff denim, nubby corduroy, breezy cotton fatigue — and tossing a dramatic coat (in black-and-white windowpane, say, or lumberjack plaid) on top. It’s easy and eye-catching and felt like a discreetly stylish option for guys too savvy to fall for the increasingly predictable streetwear look. The live jazz accompaniment and rows of Edison bulbs overhead set a languid mood that delivered. It was a real highlight. 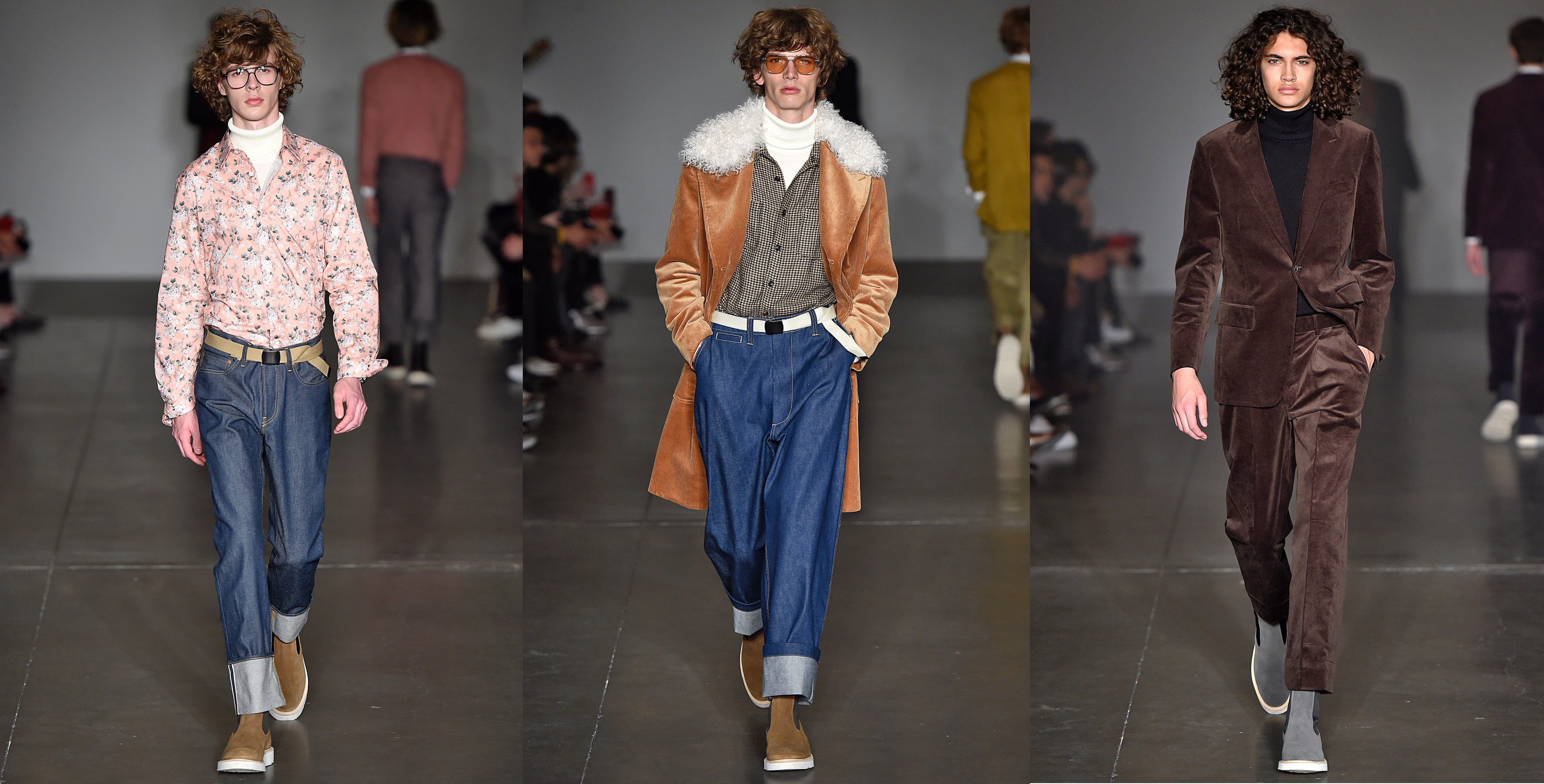 View Collection
But the big questions remains: Will New York Fashion Week: Men’s last? This season, intentionally or not, the week was truncated, abutting the women’s shows in what felt like an attempt to get more folks from abroad to show up a day or two early instead of making two trips to New York within a few weeks of each other. However, Tom Ford’s presence on the schedule, paired with Snyder and Raf Simons, will hopefully snowball into something bigger. After all, according to L2, a digital consulting firm, menswear is on track to outpace womenswear in growth in the coming years, and plenty of business is done here. Still, the week felt anemic and the general attitude is jaded, with retailers and press positing that the break after Paris slows momentum, leaving New York to feel a bit like a denouement. Plus, it could be better organized. A tighter schedule and a few more big names on the roster could help the week find its groove.

And yet maybe, just maybe, bigger isn’t better. An impossible not-to-mention standout was Bode, designed by Emily Adam Bode, and her brand’s quiet, homespun quality was the collection to watch. As things get bigger and slicker — not to mention flatter, to fit the confines of an iPhone screen — her patchworked pieces with embroideries and homespun details really stand apart. Many are one-of-a-kind and made from deadstock fabrics, and there’s a handworked element that feels like a much-needed pause from the breakneck speed and artificiality of an Instagram feed. Many people talked about it as a highlight of the week, and it’s easy to see why — it’s a refreshingly real and honest retort to our increasingly corporatised and digitised world. If New York Fashion Week: Men’s exists to offer a platform to new voices like Bode’s, then there must be some validity in it. 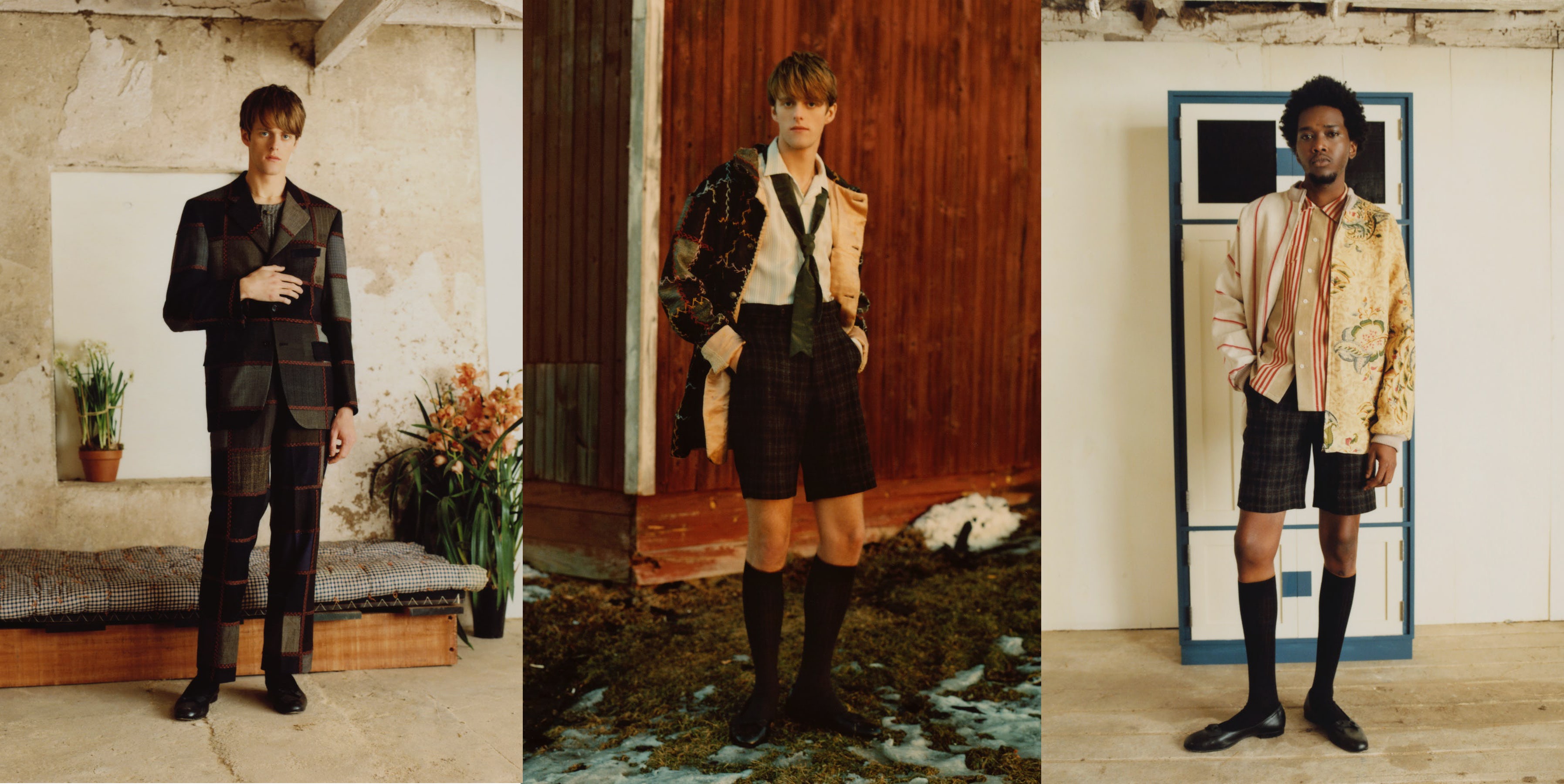