The resurgence of feminist spirit in society — the so-called 'fourth wave' — was evident at DVF, Karen Walker and Zero Maria Cornejo.

The resurgence of feminist spirit in society — the so-called 'fourth wave' — was evident at DVF, Karen Walker and Zero Maria Cornejo.

NEW YORK, United States — Logic would seem to dictate that female designers are best equipped to anticipate what women want from fashion. With this thought in mind, it was instructive to look for the common ground between the offerings of three very different women designers over the past few days in New York: Belgian-born Diane von Furstenberg, New Zealander Karen Walker, and Chilean native Maria Cornejo. 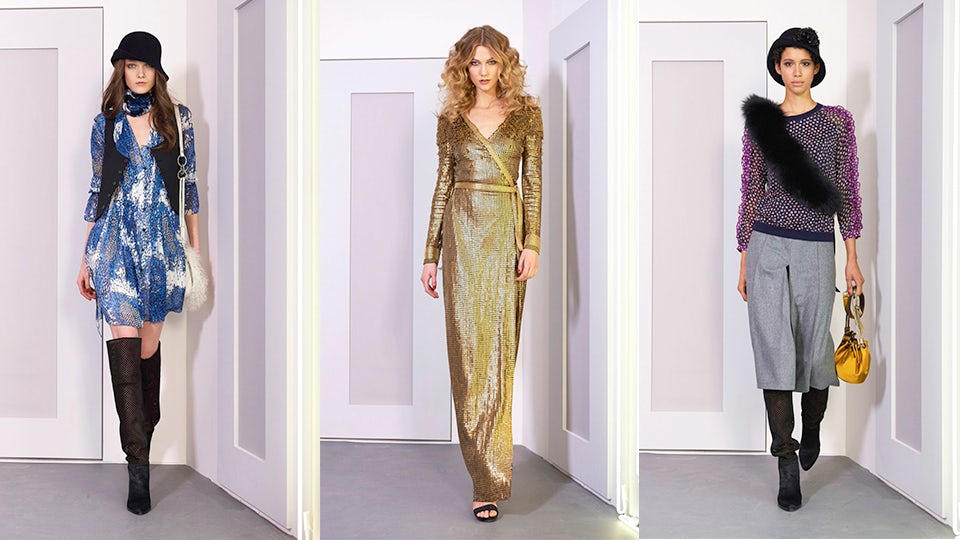 Karen Walker did something similar, taking inspiration from the extremely functional garb of famed photographer Berenice Abbott — “Her own personal style didn’t change for 80 years,” Walker marvelled — then adding accents of her own prosaic glamour. The first look set the tone: utilitarian dungarees worn over a gold lurex mock turtle.

Later in her career, Abbott took to industrial photography. From that, Walker extemporized an “electro-magnetic” print in slightly delic shades of red and purple, which she made into a lace for belted shifts. The simple silhouette was a reminder that she’s always been partial to a marriage of the fashionable and the functional. Or, as the shownotes described Abbott’s personal style, “a mix of no fuss utility with a good amount of joie de vivre.”

The same mix shaped the sunglasses — now Walker’s most internationally successful category — which came glamorously oversized, but also with a slight hint of protective industrial eyewear. 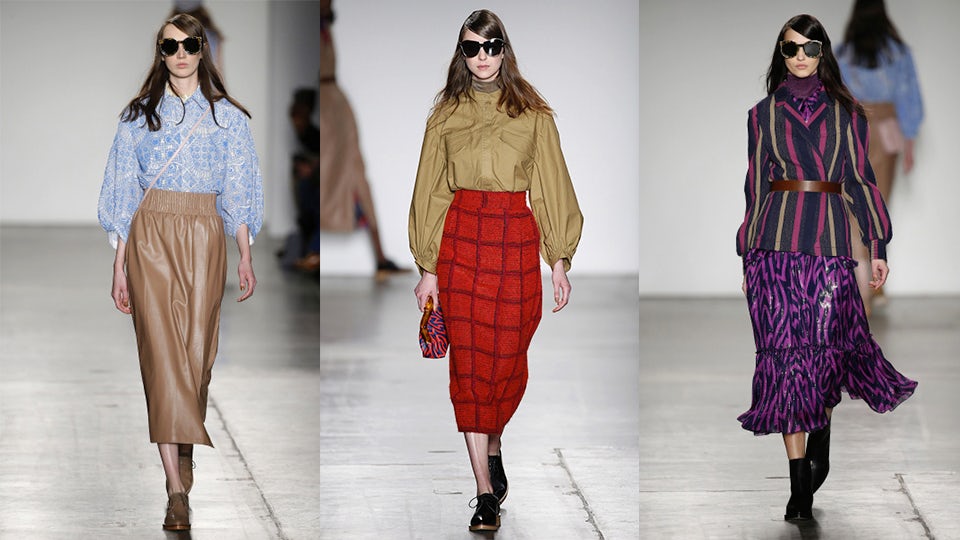 “Feminism’s always part of what I do,” said Walker. The independent spirit of her clothes and her business could possibly be attributed in part to her roots in New Zealand, where self-sufficiency comes with the territory, but the way she has slowly, steadily expanded her design repertoire has also been a masterclass in complete control. Now it’s a real pleasure to see Walker mature. The stars of this collection were a couple of utterly elegant overcoats, one, in rich rust-toned shearling, a sure winner. Elegance born of experience.

Experience has taught Maria Cornejo a fiercer lesson. There was a militant mood in her latest collection, which reflected her impatience with the way she sees the fashion industry going.

“I want to slow it all down. That’s why I showed back to front, with the finale first.” She said she’d done this so anyone in a hurry could up and leave after a few minutes, feeling they’d seen everything they needed to see.” 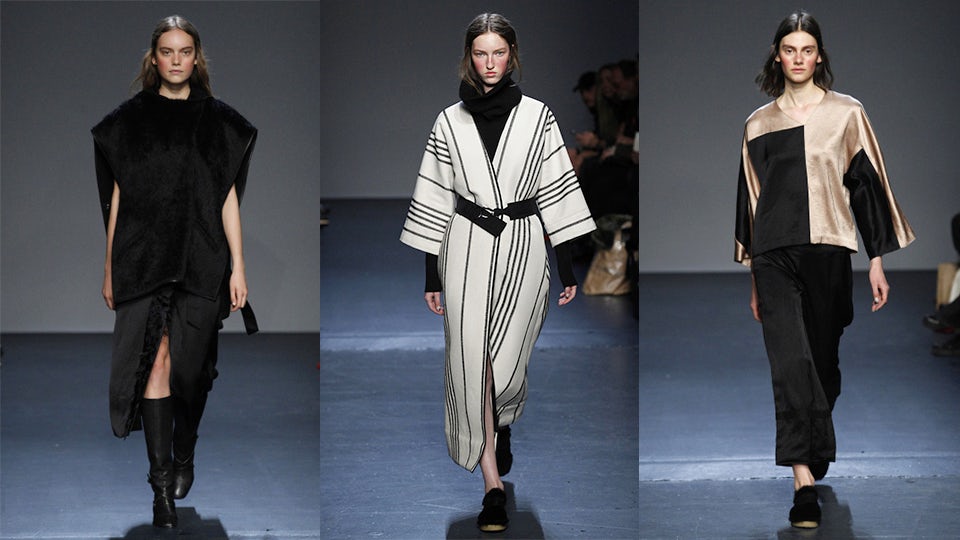 Cornejo was surely being mildly sarcastic with that statement of intent, because anyone who left after that “finale” would obviously have missed a more meaningful opportunity to engage with her warrior women. At least that’s what they felt like, marching by in their flat suede boots. Iceland and Berlin were geographical points of reference claimed by Cornejo — a shearling tunic said one, a slinky one-shouldered top and skirt in black charmeuse spoke to the other — but there were distinct notes of lady samurai too, in black leather gilets and enveloping kimono-like wraps. Cornejo’s textures are always enthralling. A parka in brushed mohair, a dress in puckered crepe both had an artisanal Japanese flair.

What stood out was the unadorned power of the clothes themselves. Come to think of it, Walker significantly eschewed decoration too. And von Furstenberg’s clothes have never really been about accessories either. The empowered woman needs none. She speaks for herself — with a little help from her clothes.