At Paris Couture, History Over Hype

The best collections were a homage to tradition, reverting back to shapes and ideas from the ‘Golden Age’ of the Fifties and Sixties.

At Paris Couture, History Over Hype

The best collections were a homage to tradition, reverting back to shapes and ideas from the ‘Golden Age’ of the Fifties and Sixties.

PARIS, France — The haute couture fashion week that closed yesterday — a mere three days, dense with meaning and meetings — was bookended by the announcement, issued on Monday, that in July 2020 the house of Balenciaga will return to couture, more than fifty years after founder Cristobal Balenciaga shuttered his entire business, believing there were no more women to dress, and Jean Paul Gaultier’s decision to retire, after fifty years in fashion, celebrated with a 250-look, emotional extravaganza of a show at the Theatre du Chatelet. One arrives, another leaves: it is the cycle of fashion, and life itself. Which means that couture, the last bastion of the old-world order in the contemporary, hype-driven age of digital entertainment, is alive and kicking, perhaps now more than ever because substance is staging a comeback.

This return to the roots, sometimes to the point of anachronism, made for a season that was vital and, for the most part, classic, with inspirations clearly culled from the pages of a book. It was all about history, so to speak. The best collections, in fact, were a homage to tradition, reverting back to shapes and ideas from the L'Age d'Or of the Fifties and the Sixties — a time when Monsieur Balenciaga and his colleagues had plenty of women to dress — reimagined in a modern, maybe lighter way for a new, younger audience. Restraint was everywhere, carried with the most sophistication. Even excess was done in a restrained way. And there was drama, too: you know, dresses shaping the body into certain poses. The focus was on the architectural quality of the dress, and on unquestionable timelessness.

Giambattista Valli, in what was one of his best collections in recent years, went as far as staging his show as a museum-worthy exhibition, on mannequins, in a proper exhibition space. Fashion exhibitions usually display the past, while here on display was the fashion of the season, yet heavily redolent of a glorious past — from Roberto Capucci to Irene Galitzine. The time-warp was meaningful, however, as it did not come with heavily nostalgic undertones. 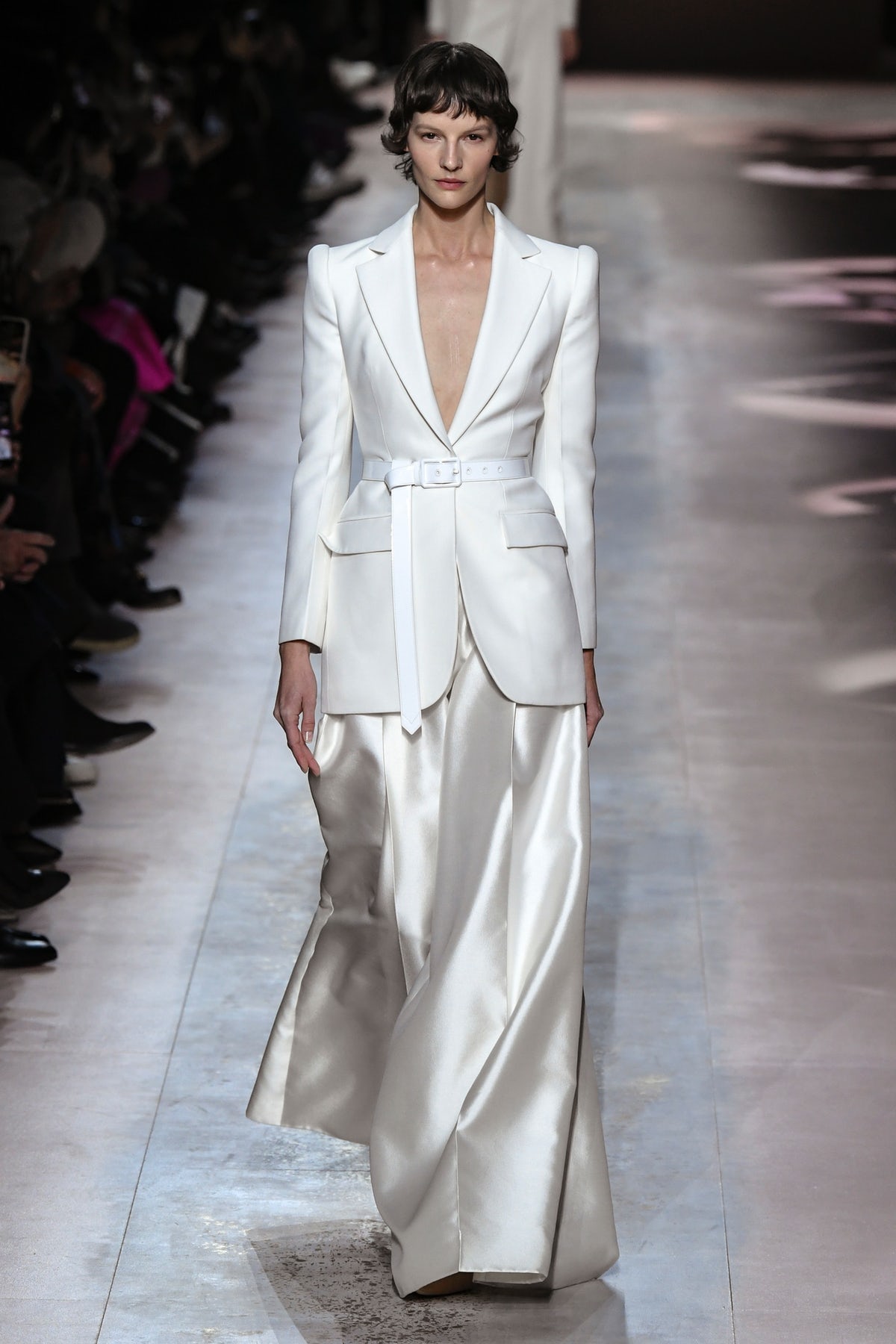 Clare Waight Keller, at Givenchy, proved once more that couture suits her creativity better than ready-to-wear: there is a focus and a strength that is missing elsewhere. Mixing a very British love for flowers and gardens with references to Hubert de Givenchy’s early work, Waight Keller delivered exquisitely sharp tailoring and blooming dresses that looked at once poetic and slightly dangerous — roses have thorns, you know. The archival leanings were a little heavy at times, and the flying hats felt a bit de trop, lacking a weightlessness that would have made such accessories enchanting, but what ultimately shone through was a vision of trembling, chilly yet passionate elegance that felt touching, and much needed.

Modernity was not even an option at Chanel, where Virginie Viard keeps toning down the fashion quotient of the venerable house, opting for something, dare we say, a little too normal. Which, all considering, is not necessarily a bad choice: Viard is clearly focusing on the customer over showmanship, and the pieces she designs are perfectly made and alluring. And yet, without frisson, what is left of a house like Chanel? The impeccable dresses and the timeless tailleurs, no doubt. What’s more, the idea of proposing modesty as a virtue in our most blatant of times almost feels disruptive. 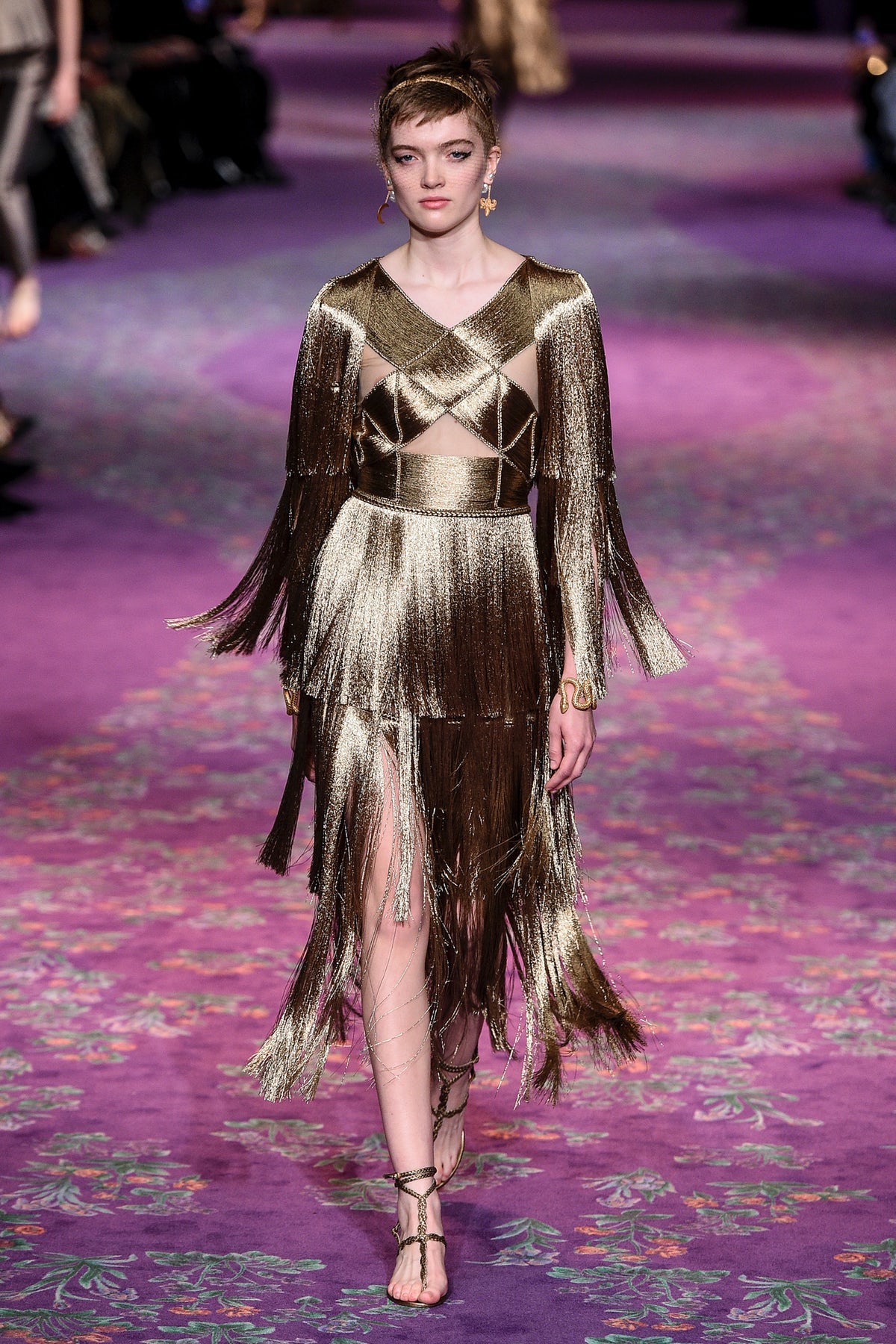 At Dior, Maria Grazia Chiuri continued pursuing her very personal quest to reconcile feminism with femininity, but the concept did not fully translate into the clothes and was, once again, more about the communications (which included the show space, conceived by artist Judy Chicago). In an effort to propose a more empowered and empowering vision of femininity, unchained from the constraints of motherhood, Chiuri focused on the toga shape, draping fabric instead of constructing architecturally. And yet the hourglass silhouette, so integral to the codes of the house, was still there, as idealised as ever. The whole effort felt a bit costume-y.

It was costume galore at Schiaparelli, were Daniel Roseberry’s sophomore collection seemed to be more clearly focused, less dependent on the archives and ultimately more personal. But more broadly, a house like Schiaparelli needs the right kind of ateliers in order to make things at a level that is worthy to be labeled couture — something that owner Diego Della Valle needs to consider. Further refinement to the references employed by Roseberry would have made the results truly sophisticated and fresh, but at least there was an opening, a sense of possibility. 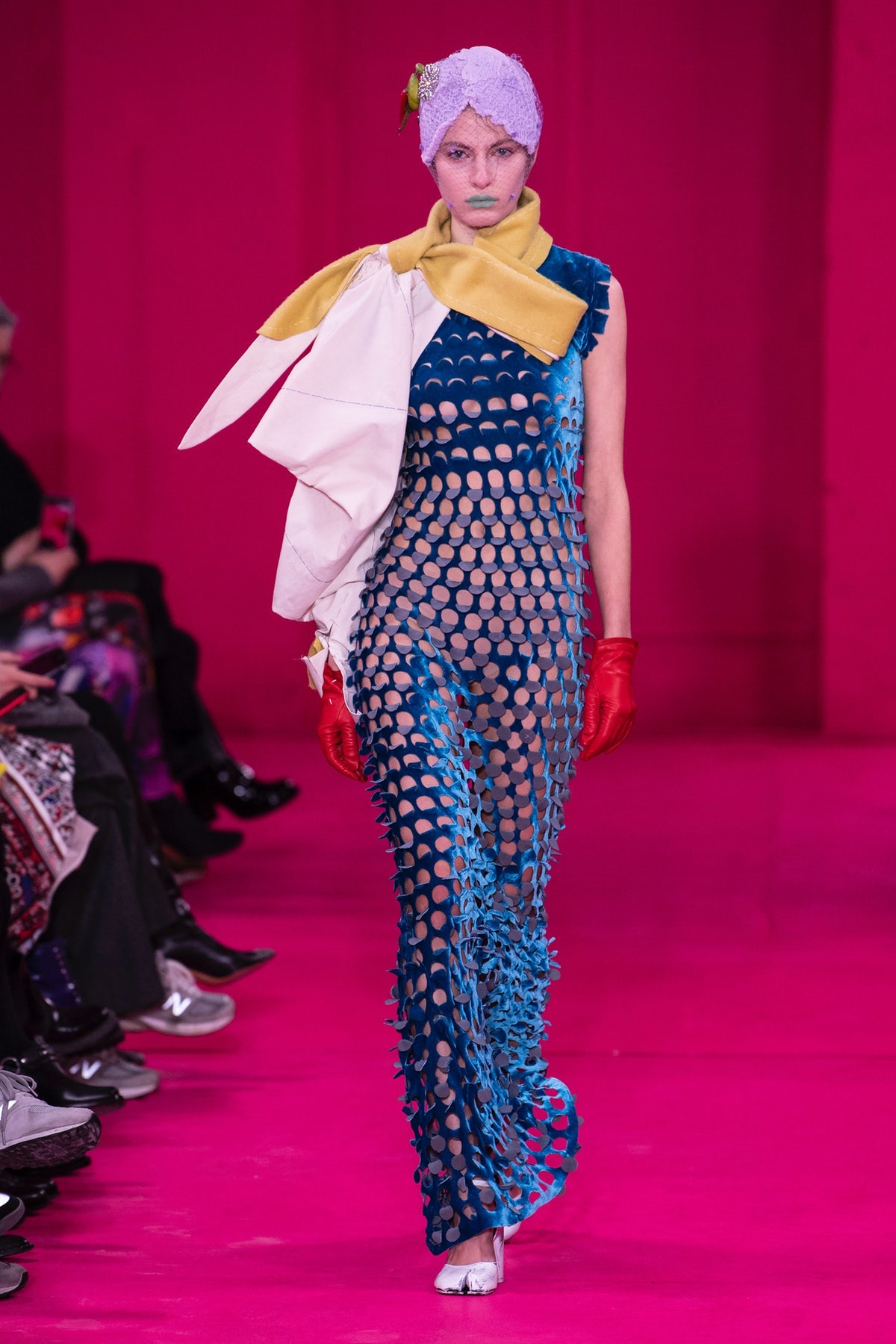 In a season of architectural strictness, Mr Armani went the other way, with his trademark restraint and taste for elongation, exploring glitz and colour through endless permutations on Ikat motifs, minus the ethnic leanings. But it was at Maison Margiela that colour exploded in a bedazzling saturation of digital hues splashed onto Belle Epoque shapes brutalised with a pauper’s slant. It made for a vision of broken glamour that, worn by both men and women, was a feast for the eyes and a trip for the mind. Nonetheless, one was left craving more: albeit gorgeous, it was all too familiarly Galliano, a sort of orgasmic cliché that we all love, but know all too well. A master like Galliano is at his best when he sets himself some limits and operates within a restrained agenda, pushing his artistry over the edge.

Finally, in this most historical of seasons, the resurgence of the classic image of couture reached a peak at Valentino, where Pierpaolo Piccioli delivered an erotically charged foray into his own creative unconscious, filled with the work of Balenciaga, Ungaro, Mainbocher and Mr Valentino himself. The homage was never literal, but the sources were readable. At times it was a lot to digest, but it was moving to see the Valentino woman step out of the dreamy cloud to gain a new eroticism, a glamorously menacing quality. After all, women wearing couture do not live in ivory towers anymore, even when decked in something so heavily linked to a long-lost past. As Jean-Paul Gaultier remembered clearly as he left the scene for good, with a laugh: fashion changes constantly.