Carol Lim and Humberto Leon sent their girl to space. 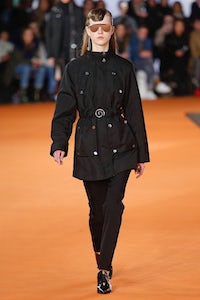 Carol Lim and Humberto Leon sent their girl to space.

NEW YORK, United States —  Carol Lim and Humberto Leon have a clear understanding of their target audience. “Girls who are age-wise younger and older, but possess the same spirit and mentality,” Leon said before the show. “You’re youthful but you’re not necessarily trying to be young.” This season, the aspiring Chloë Sevignys of the world were treated to a modish collection inspired by the work of “visual futurist” Syd Mead, whose flying cars and hovercrafts were used in the classic science-fiction films Blade Runner, Aliens and Tron. The set was a true homage, with a Mead image serving as the backdrop and supersized balloons shaped like his space-age vehicles suspended from the ceiling. (Leon said they were sourced from a vendor in New Jersey.) It’s obvious the designers have a lot of fun crafting these sorts of installations: they still feel very inventive, and not over produced. 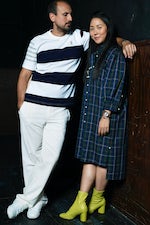 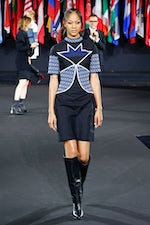 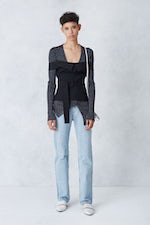 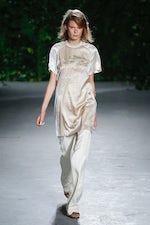