In a couture season ‘hijacked’ by marketers, Mr Martin Margiela was at the center of the problem and the solution.

In a couture season ‘hijacked’ by marketers, Mr Martin Margiela was at the center of the problem and the solution.

PARIS, France —  As a week on the fashion calendar, as a distinct aesthetic and probably also as an art — haute couture has lost its identity. It was apparent in the brief yet deliriously packed Paris couture week which closed on Wednesday. For a start, there were almost more "invaders" — some of them officially invited by the Chambre Syndicale — than actual couture houses. Ready-to-wear brands presenting collections or pre-collections, designers opening boutiques, even the odd menswear powerhouse in search of a revamp — everybody wanted a spot on the schedule and got one. Why?

The answer is simple: because couture offers cultural validation; because couture sits quite nicely in the fashion cycle, allowing for early product deliveries; but, most of all, because couture is couture — fashion to the nth degree and the last remaining remnant of the old world concept of fashion as a language and privilege of the elite. 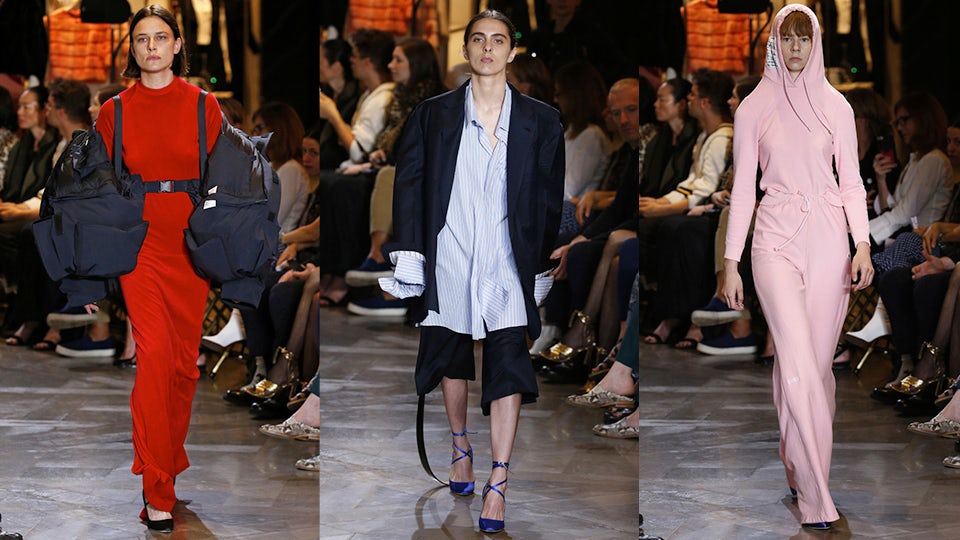 In this sense, hijacking the calendar can be homage to tradition, or, even better, its keen subversion. There was something acutely punk, for instance, in Vetements grabbing the title of hottest ticket on the first day of shows and even more so in producing for the first time unabashedly feminine numbers in luridly kitsch velour with the word Couture — as in Juicy Couture — spelled loudly on the bum. Here is a brand that has brought suburban harshness right to the centre of the fashion conversation, grabbing the zeitgeist in what was once a bastion of the caviar-eating, chateau-living, chauffeur-driven happy fews, and having a laugh in everyone’s face, of course. 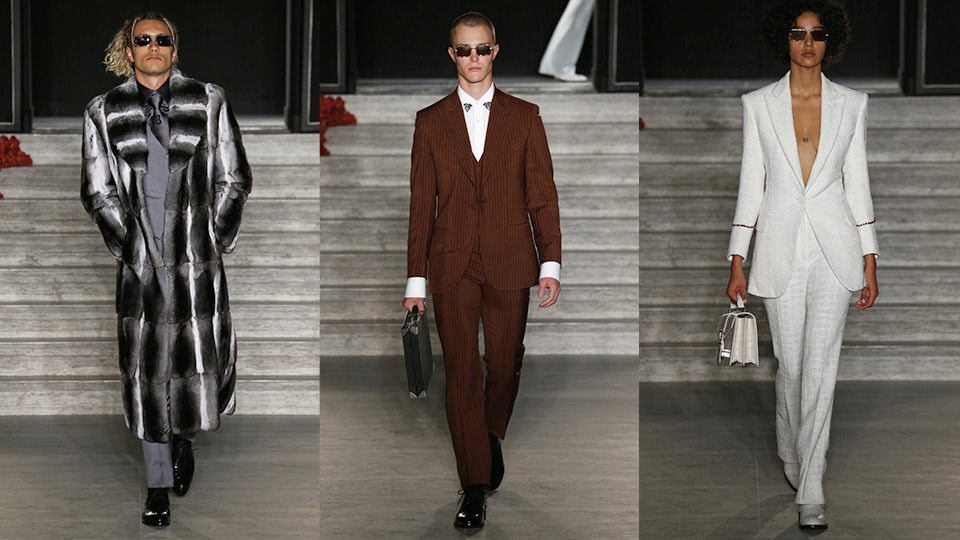 It all felt both fresh and déjà vu. From the idea of showing in a department store to the whole play of deconstruction, reconstruction and glorification of the mistake, repacking purposeful technical errors as design features. Demna Gvasalia pillaged once more the groundbreaking work of Mr Martin Margiela, adding a brutally urban spin which is his very personal and indeed original contribution. The collection was a blast: so energetic in pace, so close to real life and so smart in bringing the idea of collaboration and co-branding to new levels. The couture context made it feel even more relevant and punchy: it highlighted a sense of urgent modernity that made everything else feel suddenly old. 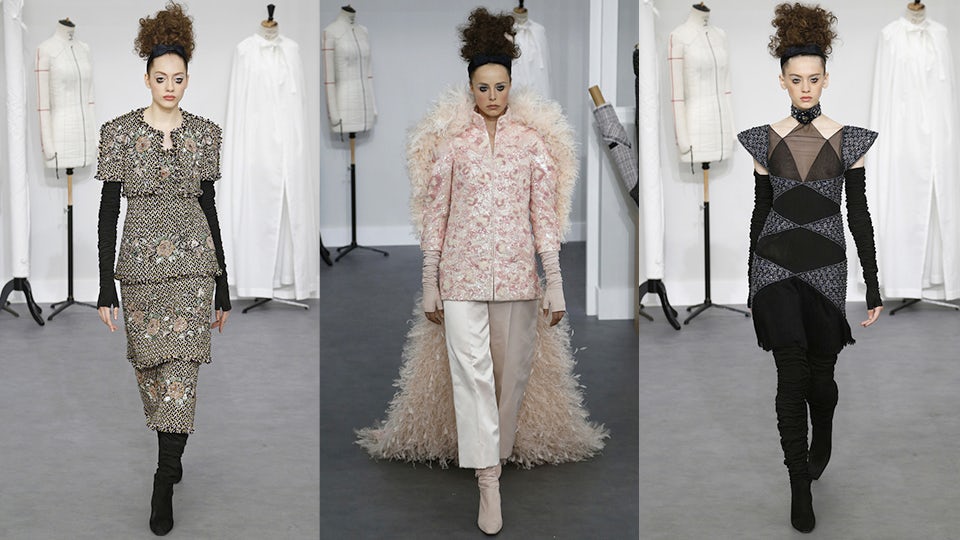 But the same context which electrified Vetements brought little benefit to Brioni, and not only because the brand presented menswear in a week of womenswear. The problem is that creative director Justin O'Shea lacks the skills required for his role, which he makes up for with bold personal style and a penchant for self-branding. The collection he delivered was a rock ‘n’ roll take on tailoring that looked personal, even predictable, as a reflection of O'Shea’s own style but not particularly new in aesthetic terms. He covered ground well covered by John Varvatos and Hedi Slimane and, at times, the tailoring was not without faults. Of course, such an appointment is a true sign of the times. But, at a minimum, one would have hoped for more refinement in the tailoring, because, ultimately, that's Brioni forte and the only link between the brand and couture.

But enough with the invaders. The real problem with couture is certainly not the number of players filling the calendar. The fact is that the turmoil is much more deeply rooted and almost intrinsic to this art whose prominence is under attack from ready-to-wear. Do clients really need couture, when they can find something similarly precious yet ready for consumption in the shops? 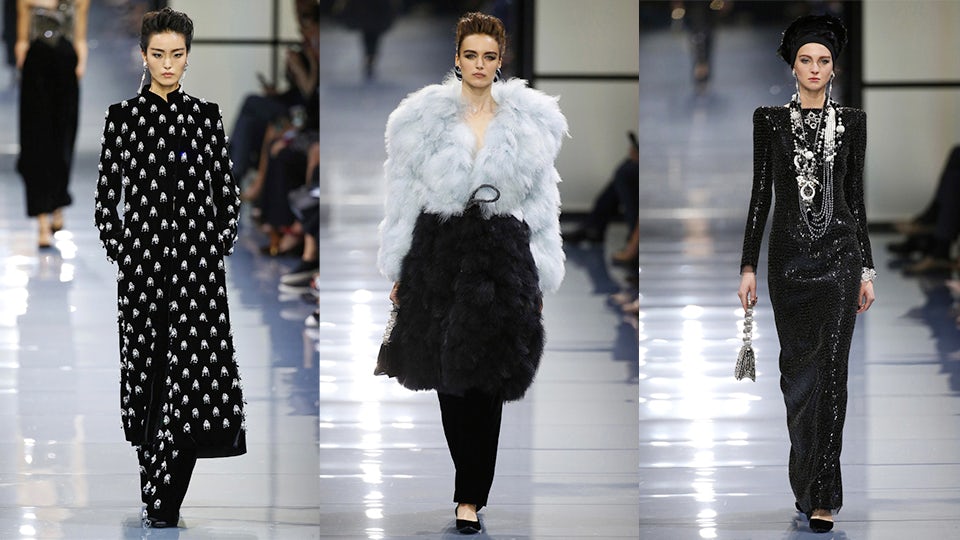 Of course they do: couture is the best available service for clients with jet-setting lifestyles, demanding tastes and fat wallets. Yet, the lack of substantial difference between couture and today’s ready-to-wear — pushed up the product pyramid under pressure from new offerings below — has thrown couture into a permanent kind of identity crisis. What is it? And what does it mean?

This season, a mix of conservatism and restoration was the general answer. Many designers morphed into heralds of traditional femininity and a more canonical take on beauty. It might be in part an answer to the unstoppable wave of ‘ugly beauty’ that's polluting the fashionscape while creating more inclusive aesthetic canons. Conservatism, however, is also a way to court clients who have less experimental tastes than average fashionistas — and way higher spending power. 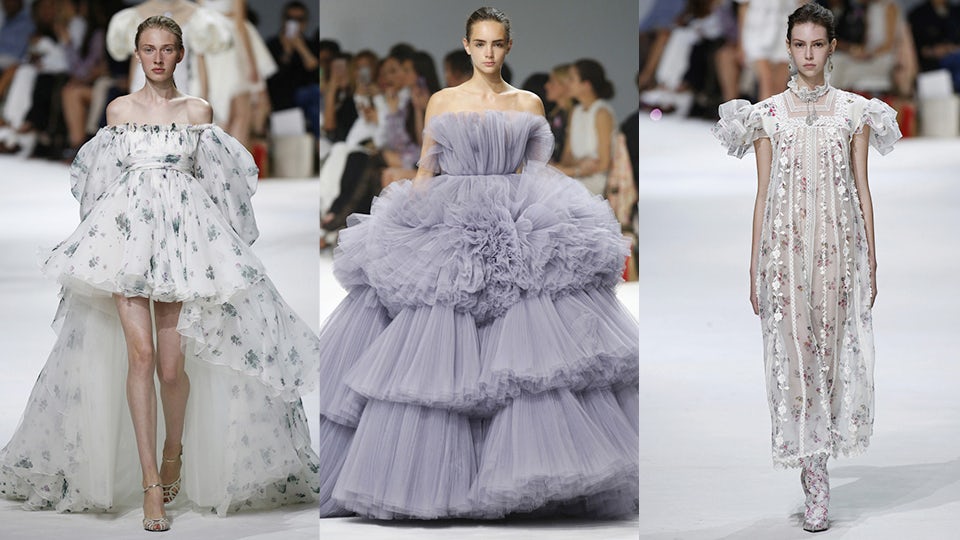 Indeed, the Parisian catwalks were full of madames, from the slightly expressionist beauties at Chanel to the pantsuit-wearing, velvet-loving creatures at Armani Privè. When even Mr Armani, king of androgynous soft tailoring, goes toward reconstruction and sculpts a womanly silhouette, you can sense a new conservativsm in the air. From Giambattista Valli's merging of rococo and modernism to Donatella Versace's ode to volume and draping, the celebration of traditional womanliness was widespread this week. 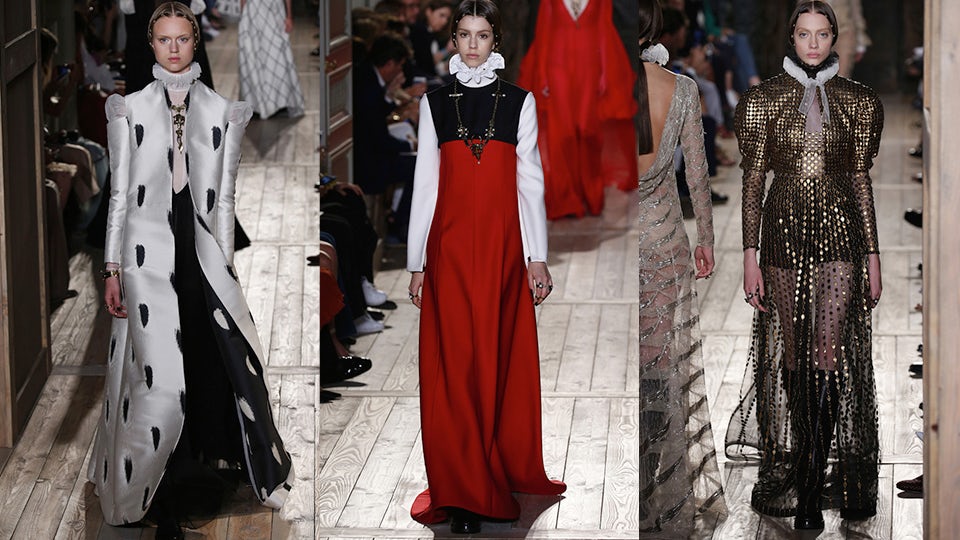 At Francesco Scognamiglio it felt intoxicating and overtly decorative, while at Valentino the cult of tradition went all the way down to Elizabethan theatricality, in a punky homage to Shakespeare that was wonderfully high, but at times utterly costumey. Maria Grazia Chiuri, one half of the creative duo that has turned the Roman house into one of fashion's leading players, is exiting Valentino for Dior, leaving Pierpaolo Piccioli the brand's sole creative director. But one thing is certain: Valentino needs new air and a lighter, less dogmatic approach, just as much as Dior needs more femininity and romance. Speaking of which, Serge Ruffieux and Lucie Maier's serene and rarefied Dior collection provided the perfect clean slate, readying the brand for a makeover. 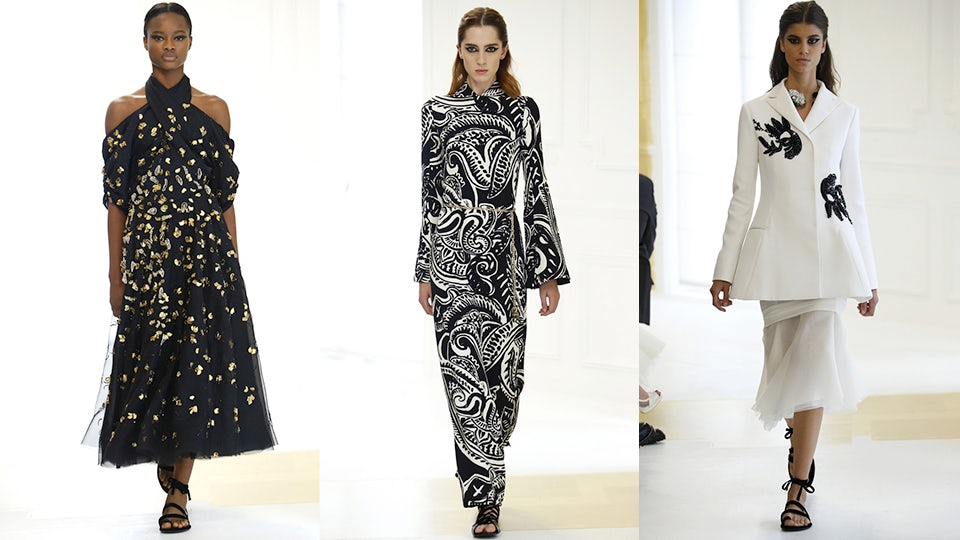 Where things are still too rigid and literal is Schiaparelli. Here the cult of the founder verges on orthodoxy, which makes for a lack of elan and esprit, even though Betrand Guyon's latest effort had a certain charm. In general, quite a number of the couture collections shown this week lacked a sense of atelier work, coming across as glorified ready-to-wear, which made the happy few who went bonkers with pure formal and technical experimentation shine like diamonds. Because, you know, couture is a personal service, but it can also offer designers an imaginative playground, free from immediate commercial restraints and useful for testing innovations that can be adapted for something more commercially viable at a later stage. 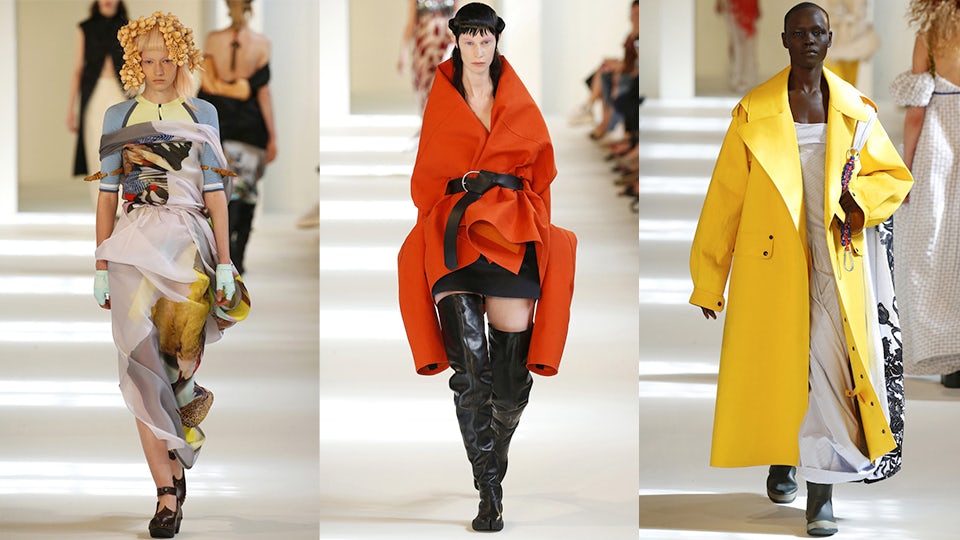 At Viktor & Rolf, a recycling theme translated into a poetic accumulation of rags that became riches with a frenzy of manual dexterity that, although dreamy, felt deeply realistic. At Maison Margiela, finally, John Galliano opted for an enchantingly self-referential foray into the French Revolution imagery which he has always favoured. Mixed with the odds of pragmatic workwear, tail jackets and wet Paolina Bonaparte muslins came across as strangely Margielan.

In a season in search of identity, the Margiela conundrum looked both like the peak of the problem and the solution. Free from pre-set codes and marketing plans, in fact, it was Galliano's storytelling skills that cut through the clutter, delivering a much-needed flood of emotions. Indeed, it's always sentiment — married with technical skills — that leads to innovation, in couture and beyond.