On the first day of Milan Fashion Week, appropriation jostled with grungy romanticism.

On the first day of Milan Fashion Week, appropriation jostled with grungy romanticism.

MILAN, Italy — Individuality. That's an old fashioned obsession, which both Saint Laurent's Hedi Slimane and Gucci's Alessandro Michele, currently the undisputed leaders of the fashion flock, have elevated to a form of art. And where they go, the system follows. Signs of their work are visible everywhere. The grungy, catchy and messy styling at No.21, for instance, had something of Saint Laurent. Designer Alessandro Dell'Acqua's cool girls in smeared make-up and greasy locks furiously raided the catwalk, looking fantastic in haphazard layerings of glorious hand-me-downs, feet shod in satin stack heels, shoulders protected by outsized satin backpacks. 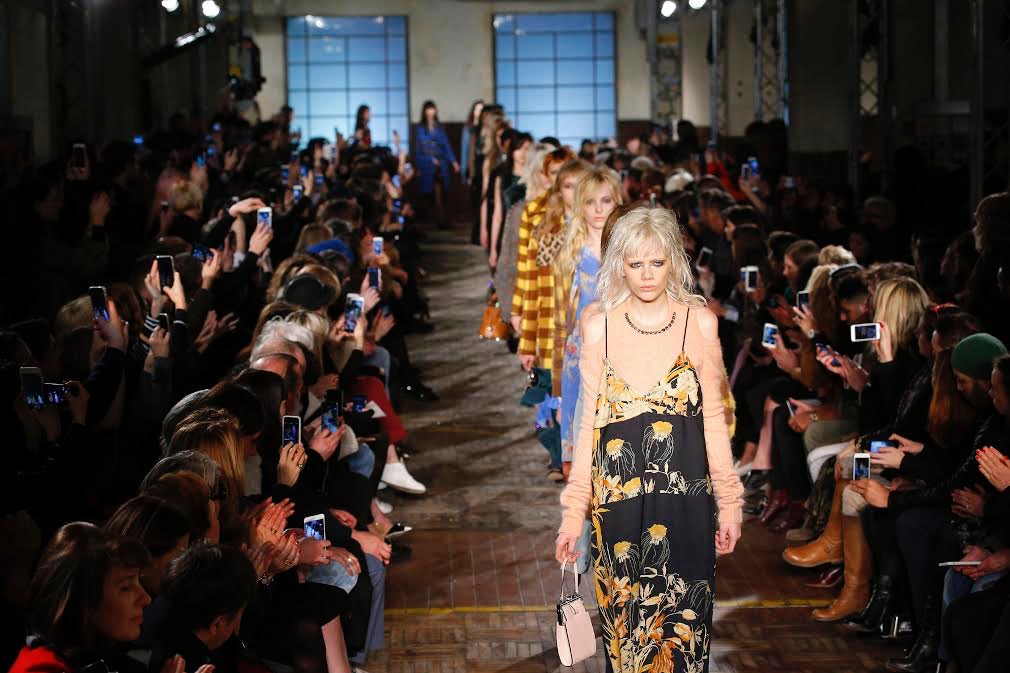 But this was just a first impression. Style as individualist collage might be fashion's current mantra, but Dell'Acqua is no mere follower. Fashionistas are short-sighted, but he was actually here before many, right when No.21 began to take off a few years back. Today, it was interesting to see the designer being irreverent. He clearly wants to move on and break the formula. The grungy take on 1930s languor worked. There was a kind of dirty energy that felt raw and appealing. There were also quite a few references — Prada's tropicália, tellingly — but that is just part of the modus operandi of contemporary fashion designers: appropriation as creative form. 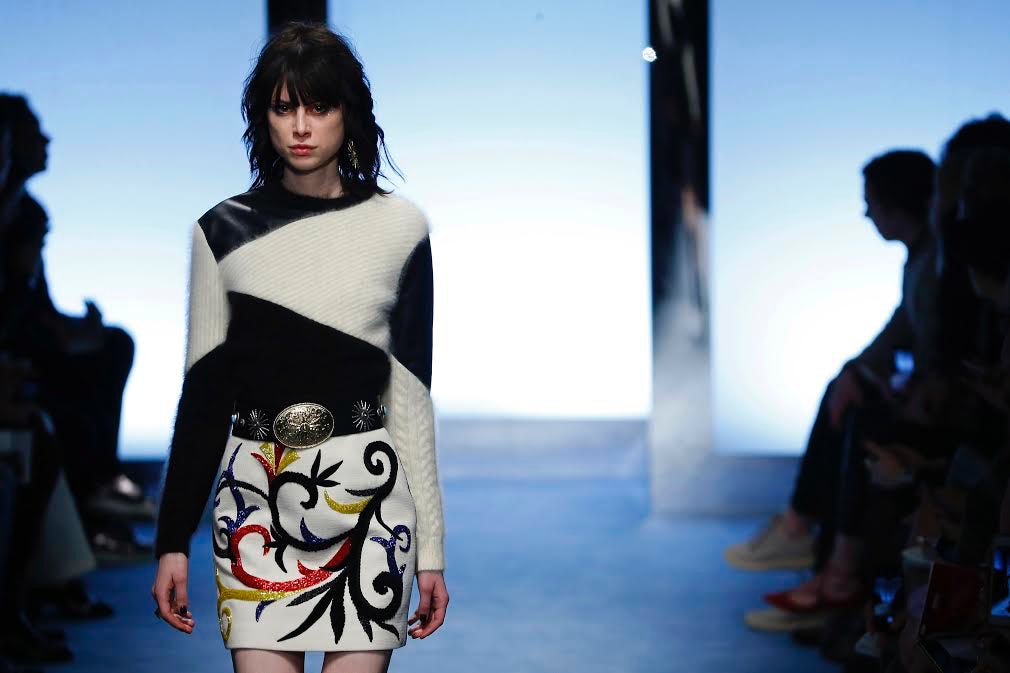 Speaking of appropriation, Fausto Puglisi is a maestro of the genre. He has based his whole aesthetic on a bunch of unmistakable Versace tropes, which, in a way, is both a weakness and a strength. He has filled a gap in the market, that's for sure, but he has also dramatically narrowed his range of creative possibilities. Today, there was something grungy — again — and metropolitan going on amidst the usual flood of nip-waisted mini-dresses and graphic tailoring, accessorised with punky cowboy booties. There were embroidered sweatshirts, for a start, and intarsia furs worn with beanies. It felt quite fresh, honestly, but it left you wanting Puglisi to step out of his comfort zone. 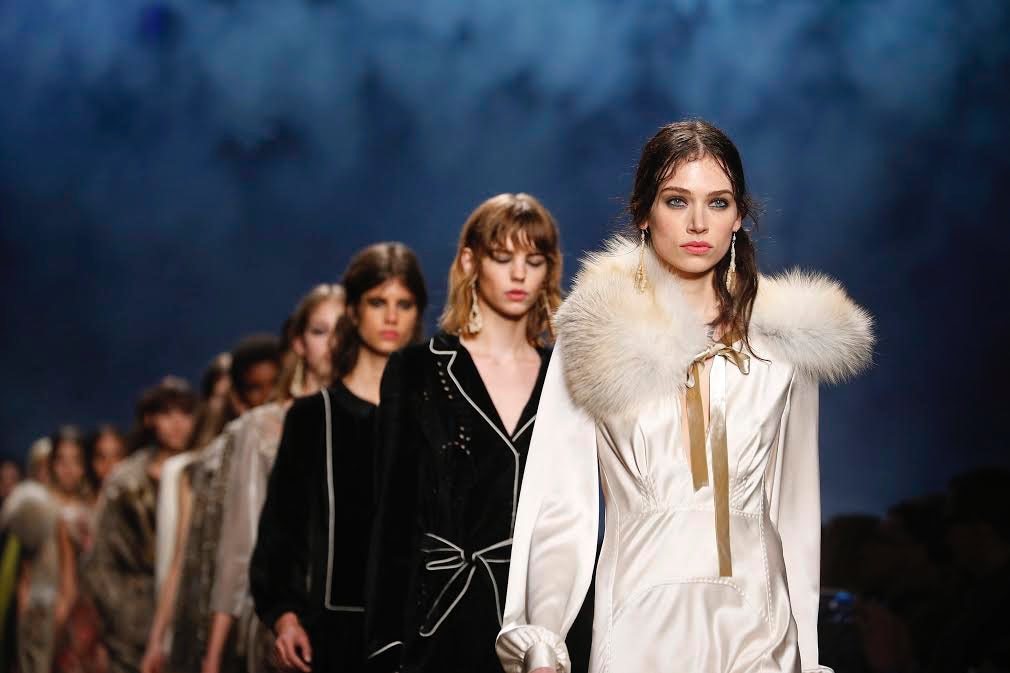 Romanticism is Alberta Ferretti's comfort zone. And romanticism it was, complete with languid dresses, decadent velvets and day to night eccentricity. Yet, it got twisted with a fresh dash of sensuality, which felt relieving. The slouchy pyjamas are hardly anything new, and neither are the embroidered felts and sumptuous silks, but then again, on the topic of appropriation, Mrs Ferretti was there from day one, right before all the newfound romantics. For full coverage, visit BoF Fashion Week.