On day three of Milan Fashion Week, there was no short supply of insouciance and irreverence on the runways.

On day three of Milan Fashion Week, there was no short supply of insouciance and irreverence on the runways.

MILAN, Italy — Too many shows these days look like exercises in mash-up, often used to vitalise vintage-based designs. Happily, Marco De Vincenzo is one of the few who does not resort to this trick. A virtuoso of surface treatment and a master of colour, De Vincenzo has a rigorous hand and a psychedelic sensibility. He makes fashion that's classic, but reworked in a surprising array of experimental fabrications and vibrant, unexpected hues. He is both a minimalist and a maximalist, a seeming contradiction that, as a Sicilian, he masters with ease.

The collection De Vincenzo showed on Friday was an insouciant ode to the man-made: elongated silhouettes — built with plush furs, smock separates and pleated velvet trousers and skirts — were lit up by cartoonish intarsia and oversized leopard spots. There was an elegant sense of playfulness to the looks, like De Vincenzo took joy in piling things up. But if you break it all down, its wonderfully quirky elements could be interpreted in many ways. His love for fabric and knack for not over-designing is something De Vincenzo shares with the Italian masters of previous generations, making him one of the driving forces of the country's new wave. 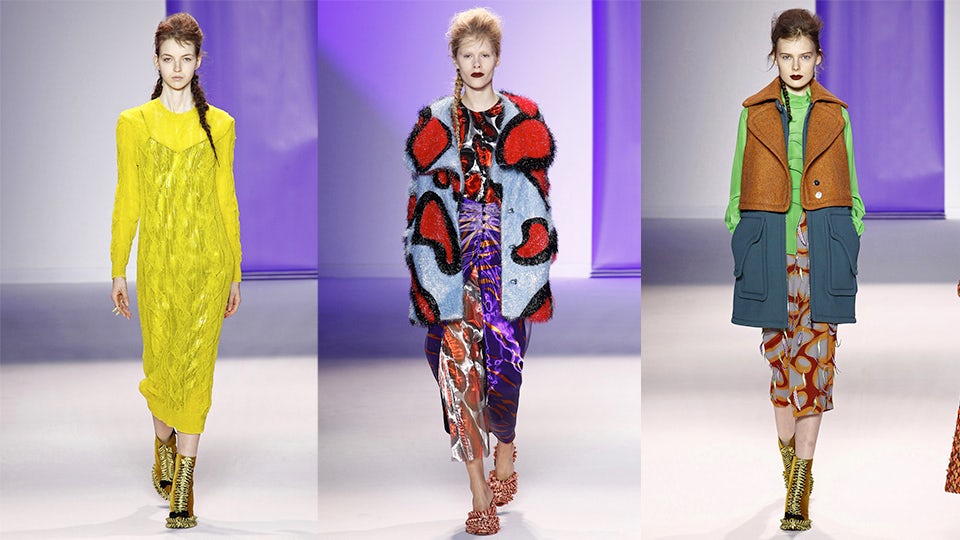 Grunge is everywhere in Milan at the moment. At Etro, Veronica Etro's stated mission was to bring the catwalk closer to the street. The experiment worked because Etro's bohemian spirit was not lost in the process. It simply took on new, charming shades, partially hidden under raw layers of urban decay. The collection featured the brand's familiar floaty dresses and paisley motifs, worn with moth-eaten maxi-jumpers and long scarves, but it was the boots that created the younger, faster mood. 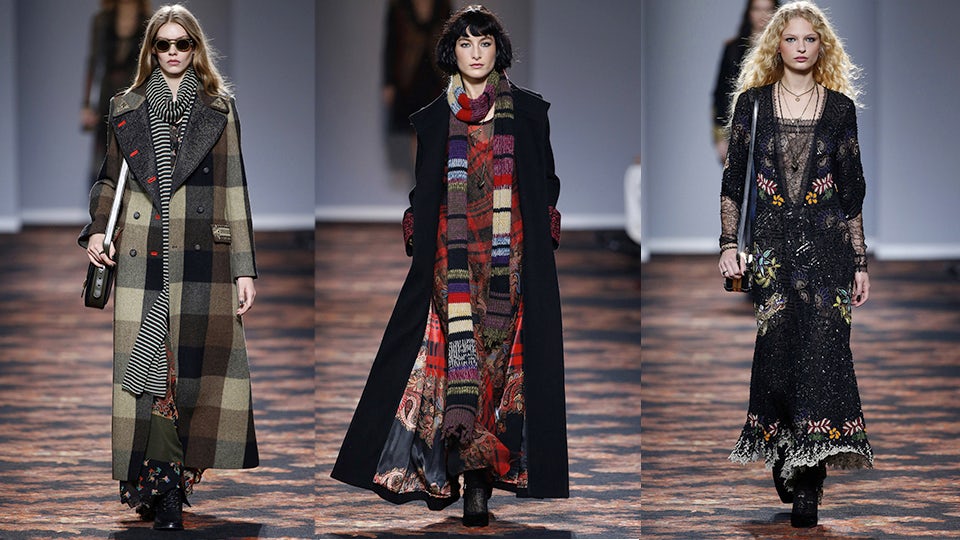 Giamba, the irreverent, younger sibling of the Giambattista Valli girl, has found her own niche in the world. She inhabits a glorious bubble of frills and boots, graffiti brocades and haphazard mixes of high and low, couture and underground. As a line, it is essentially an exercise in raw assemblage applied to a dignified design lexicon. This season, Giambattista Valli mined Downtown New York in the early 1980s and the proliferation of tutus and leather caps were a nod to the source of his inspiration. The delicate perversion of seasons past was replaced by something tougher and more heavily styled, but beyond the layers — both physical and metaphorical — were Valli's trademark dresses. 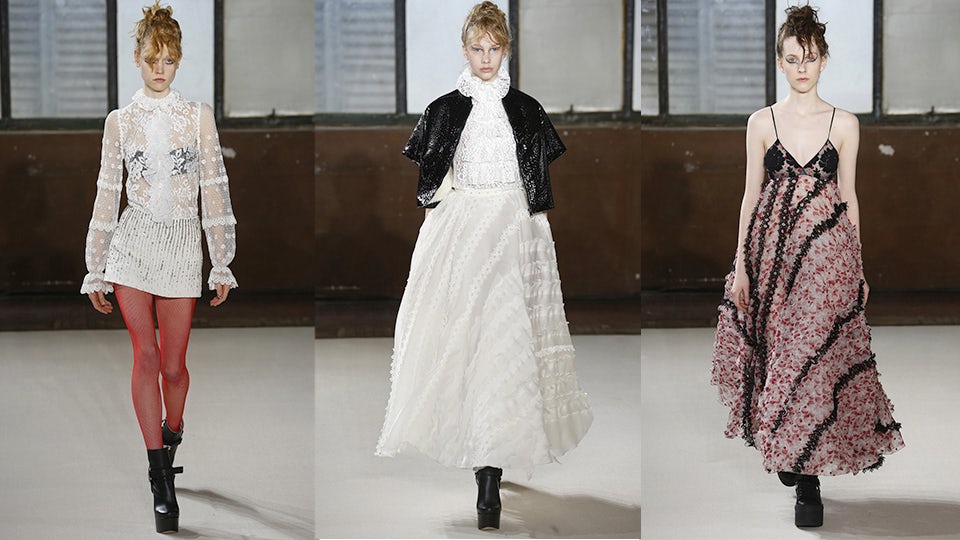 At Tod's, Alessandra Facchinetti was also in an irreverent mood. There was an insouciant ease to her mannish girls in leather pants and roomy parkas, accessorised with all sorts of dangling charms. Nothing, of course, was as it seemed. The collection was essentially made of leather, so the plaids and geometries were rendered in painstaking intarsia. It was all very virtuoso and worked smoothly, but some of the pieces had a stiffness that could have been eliminated with stronger editing. As a sidenote, the Vanessa Beecroft performance which opened the show — the usual platoon of girls, with an artisan stitching leather onto them — was a joy to behold and quite emotional. 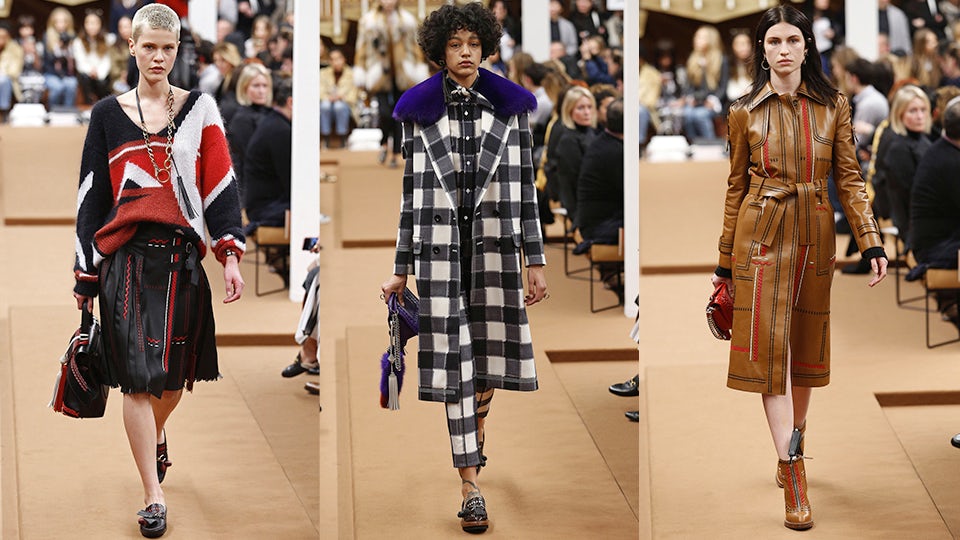 Colour and energy were the bywords at Iceberg, where Arthur Arbesser went gaga with pop, one of the defining traits of the house. The collection oozed enthusiasm, due in large part to the vibrant clashes of bright reds and pinks. But the Superstudio inspiration and the proliferation of stern checkerboard motifs felt rather dry. In order to progress, Arbesser, who is a good fit for Iceberg, needs to let go of his own Vienna Secession leanings or at least balance them with some warm Italian ease. 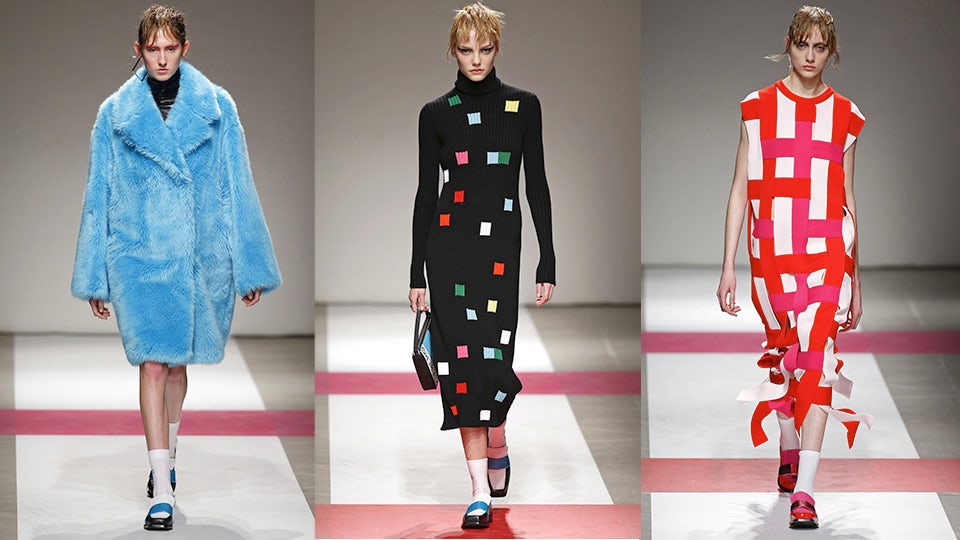 How I Am Building a Responsible Business: Saitex's Sanjeev Bahl