In Milan, Torn Between Past and Present

Donatella Versace’s ode to Gianni seemed an apt metaphor for the current state of Italian fashion, stuck between yesterday and today.

In Milan, Torn Between Past and Present

Donatella Versace’s ode to Gianni seemed an apt metaphor for the current state of Italian fashion, stuck between yesterday and today.

MILAN, Italy — Seeing world-famous designers of different generations come together in high spirits is a rare occurrence in the fashion industry, especially here in Italy. Yet, that's exactly what happened at the peak of Milan Fashion Week, when Giorgio Armani, Miuccia Prada, Pierpaolo Piccioli and Alessandro Michele took the stage at the Green Carpet Fashion Awards, organised by the Camera della Moda Italiana (CNMI) and Eco-Age, to receive the CNMI Recognition of Sustainability Award. The moment was epic — and a reassuring signal that Milan is ready to rise. (At least, that’s the hope, because on a practical level the Camera della Moda still needs to fix the local fashion calendar and find ways to promote talented emerging designers.)

Epic is a word that's been used a lot this week. On the one hand, some of the Milan shows have become truly gargantuan, with collections containing more than 100 looks. On the other hand, some looked to the glorious tales of the past. (Feeling the burden — and joy — of history is very Italian.) Of course, the most epic show of them all was undoubtedly Versace, where Donatella paid a well-deserved tribute to her late brother Gianni, sending out an amazing retrospective, remodelled for the now, of some of his best creations. As mesmerising and emotional as it was — not to mention commercially savvy, a wonderfully smart way for Versace to reach a younger audience while reaffirming its heritage — the show also felt deeply melancholic. Nothing is the same the second time around, and today's rail-thin, cooler than cool models have nothing to do with the unabashedly sensual gang of women — not girls — that Gianni favoured and nurtured. Of course, a bunch of them raided the catwalk at the end of the show, but this only served to make the comparison apparent. 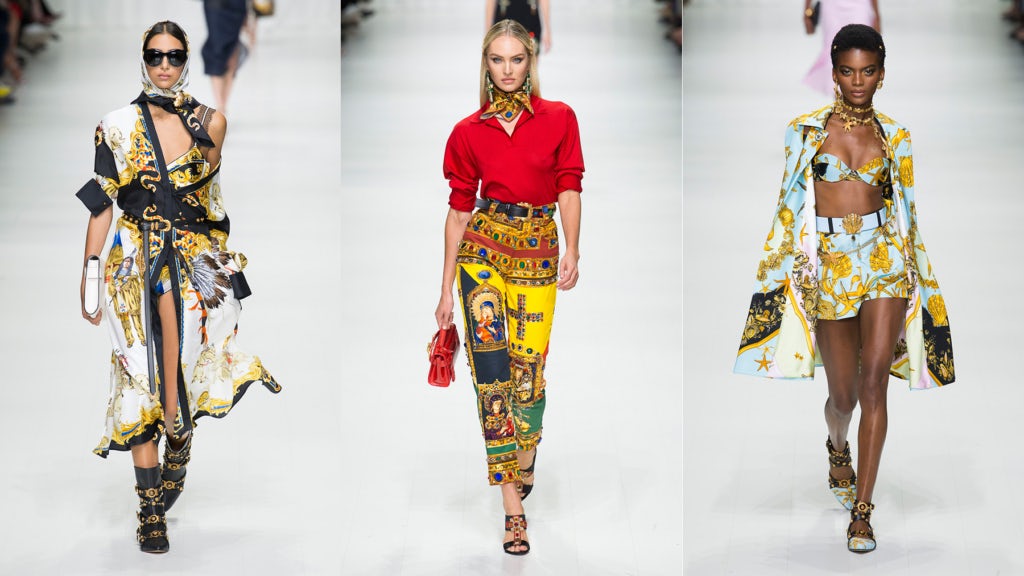 The clothes still looked relevant, but the overall effect came across as cold, due in large part to the staging. Most of all, as much as the homage was heartfelt, it seemed to say that, no matter what, the past of the house of Medusa would always be stronger than its present. And in this sense, Versace seemed an apt metaphor for the current state of Italian fashion, torn between yesterday and today, with the past doing its very best to occupy the present, leaving little room for new voices.

Indeed, Milan fashion week was largely a face-off between different generations. The big names — the Armanis, Pradas, Versaces, Missonis and Guccis — continued to do their thing. Progress at these houses comes within strict parameters and you always know what to expect. 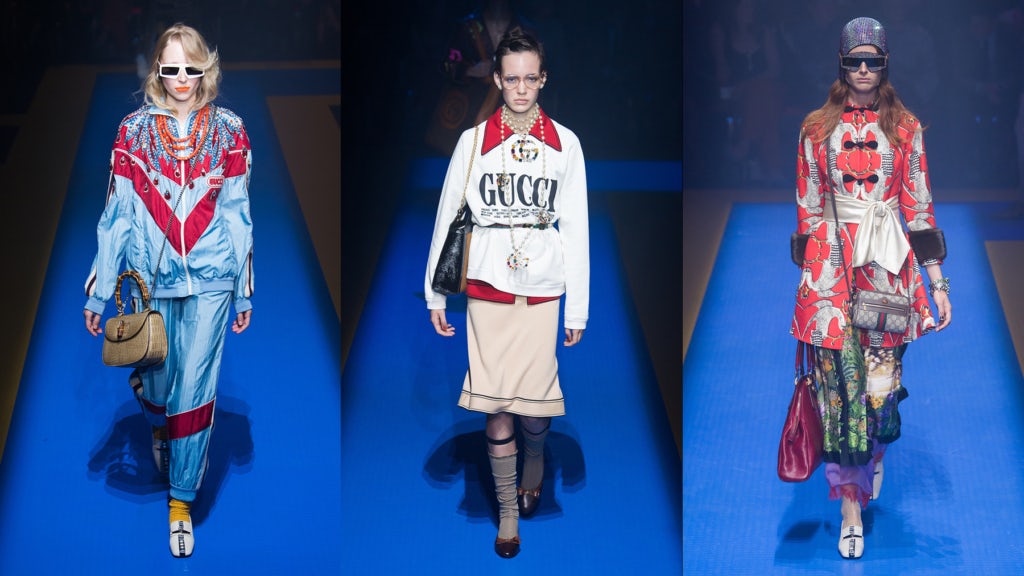 Alessandro Michele was unambiguous: he wants to slow things down in order to truly explore his very own magpie-maximal idea of style, which means his Gucci will continue to deliver more of the same. Meanwhile, Angela Missoni took a "funny face" print from 1986 — her parents' idea — and put it at the centre of the show which marked her 20th anniversary as the brand's creative director. Miuccia Prada went punk and tomboyish, delivering a piercing and abrasive collection that, at first, seemed new, but was ultimately just another iteration of her trademark collage of high and low, a pastiche of postmodern references assembled in counterintuitive ways. 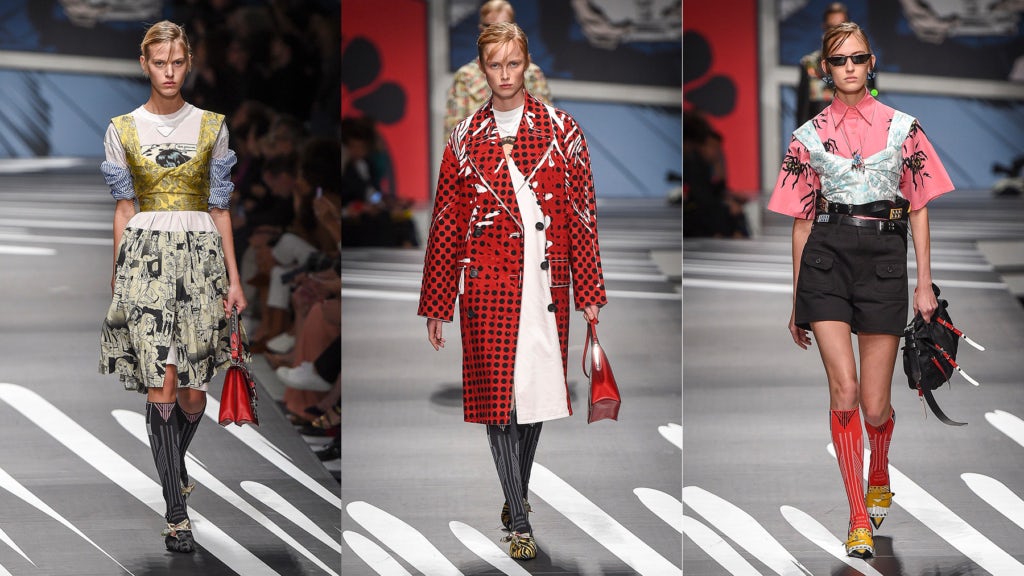 On the other hand, there were the newer designers, who are doing their best to express themselves but are not aiming to build fashion empires (or matching egos). Oftentimes, what's new in Italy comes with the understanding that small is beautiful. Marco de Vincenzo, Lucio Vanotti, Massimo Giorgetti of MSGM, Albino Teodoro, Arthur Arbesser, Stella Jean and Aquilano Rimondi are keeping it small, each one in their own peculiar way. Some of them are darlings of the local intelligentsia, some just struggling to make ends meet, but they are all equipped with distinctive ideas. The same can be said of promising names such as Vien and Brognano.

Of the whole crop, along with skilled veterans Aquilano Rimondi, whose newfound sense of metropolitan simplicity is doing them good, it's de Vincenzo and Vanotti who seem set to join the big leagues. A psychedelic maximalist with LVMH backing, de Vincenzo explored an idea of ease that amounted to a step in the right direction. Arch-minimalist Vanotti, by contrast, is a struggling self-financed stalwart. This season, he injected a massive dose of chaos and asymmetry into his serenely balanced recipe, delivering an engaging vision of soulful, sculptural purism. 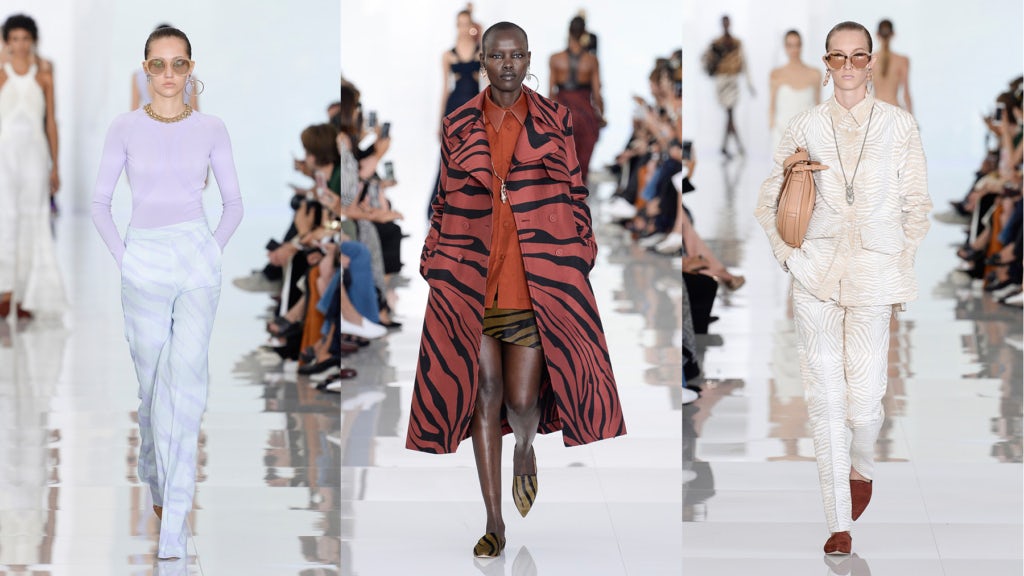 Other smaller designers worth considering are those working inside established houses as creative directors. Lorenzo Serafini is finally coming into his own at Philosophy. His voice is not strong and probably never will be, but at least it is assured and he knows how to make girls look smart and beautiful. Paul Surridge, a modernist with a menswear pedigree, delivered a noteworthy debut at Roberto Cavalli, the house of excess. He kept the animalier but not the prints, and transformed the house's brash sexiness into his own brand of active, body-conscious physicality. The collection verged on the safe, but it set a stamp. Marni's Francesco Risso has the potential — and probably the ambition — to become a genuine author. At the moment, he is still trapped in the Pradasphere, but there is something nice in his bonkers sensibility. That and he is a storyteller.

Then again, for all the excess on show, with “bling bling” making a comeback (see Bottega Veneta) the call of purity is always appealing. Luke and Lucie Meier's debut at Jil Sander had an engaging sense of deprivation mixed with crafty touches that felt warm — close to the values of the house, but also personal. Overall, however, what Milan lacked was daring. Italian designers are playing it safe. But in the long run, playing it safe can be dangerous.