If the first day of Milan Fashion Week is anything to go by, fashion’s focus may be returning to well-designed products for real life, not costumes for pretty pictures.

If the first day of Milan Fashion Week is anything to go by, fashion’s focus may be returning to well-designed products for real life, not costumes for pretty pictures.

MILAN, Italy — Milan Fashion Week has just started but already the buzzword is ‘daywear.’ The era of fashion made for Instagram may be drawing to a close. At least, if the first day of shows in Milan is anything to judge by, the focus may return to well-designed product meant to be worn in real life, not costumes for pretty pictures. 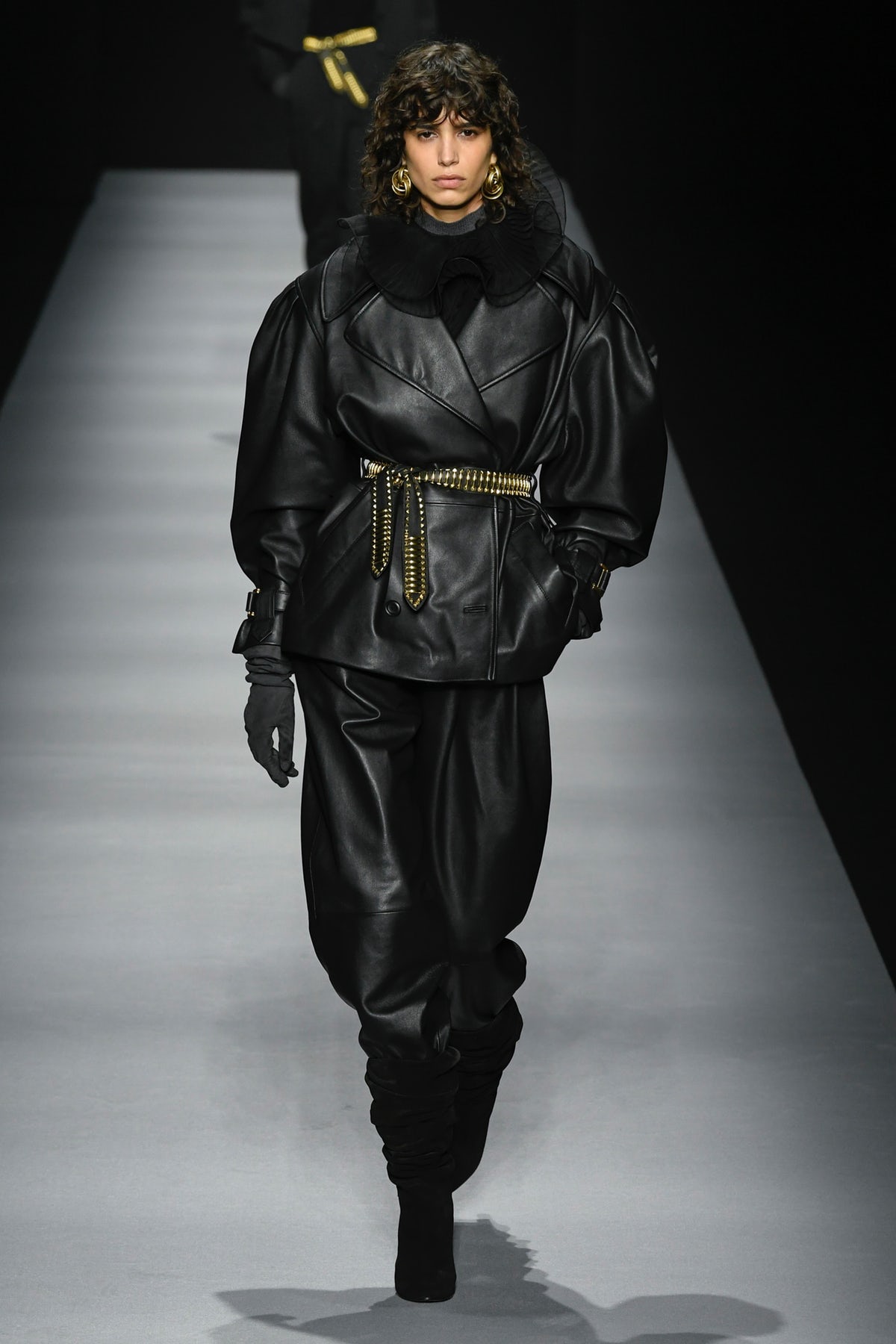 Milan is very good at product. Originality, of course, is another thing. Alberta Ferretti is a perfect example of this. Throughout her long and venerable career, whilst steering away from the excesses of fashion with a capital F, Ferretti has consistently delivered well-made product with a soupçon of desirability. She still does, even though her direction is not as focused as it once was. Where are the soigné femininity and the delicacy that were once a signature and that so many others copied? They are gone, it seems. Tough times require tough clothing, probably. This season, for instance, the stress on humongous shoulders, voluminous coats, ruffles and banana shaped trousers felt a little late on the '80s revival. A season too late, indeed, and way too indebted to the vision of French designers like Isabel Marant. It’s a problem that is easy to spot: collections cannot be designed by stylists, and here it was all about the styling, and those literal references that are oh so Vogue Paris. 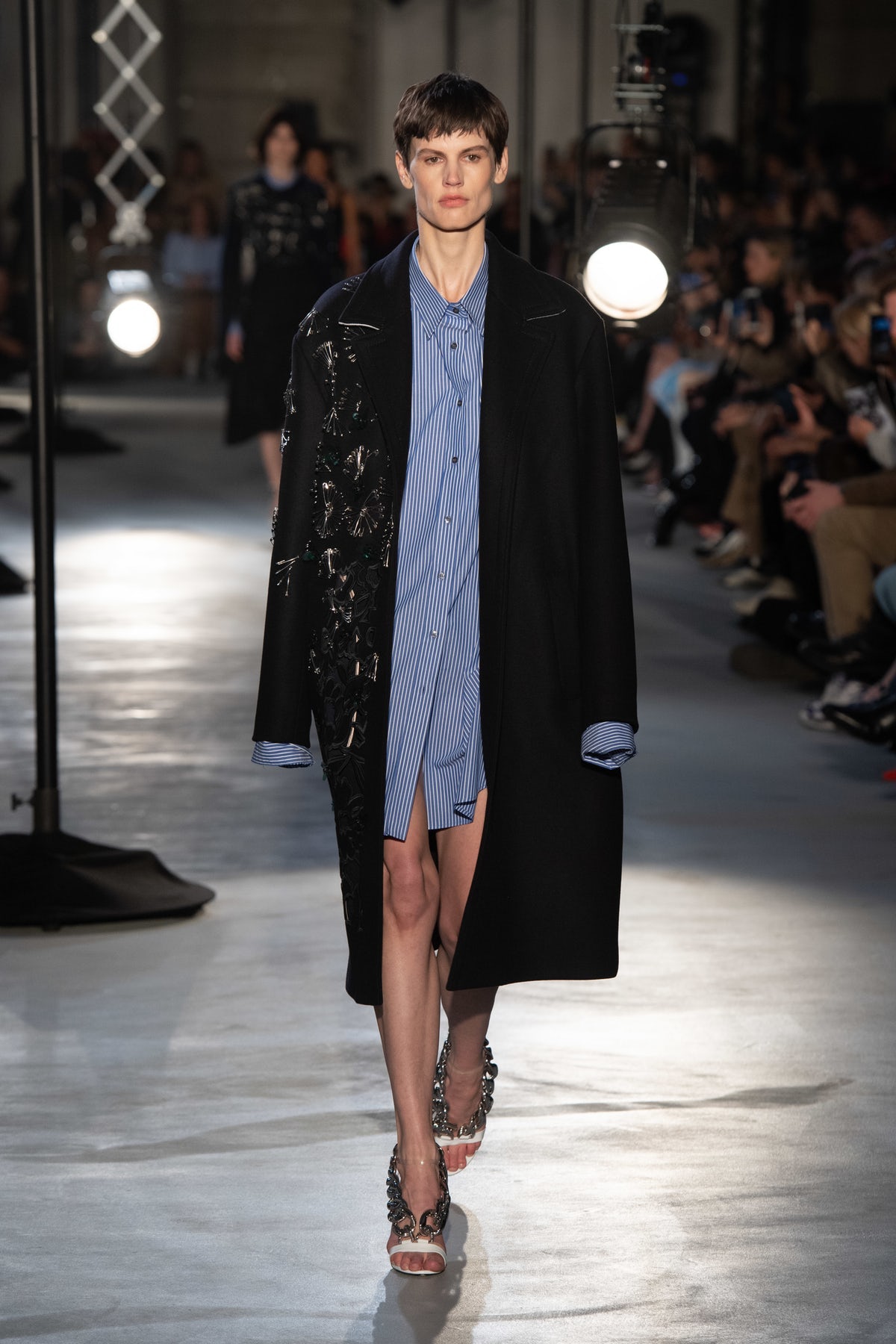 There were literal references at No. 21, too: Prada’s twisted bourgeoisie and JW Anderson’s chains, to be precise — and the latter were a little de trop. And yet, designer Alessandro Dell’Acqua has such a deft hand with clothes-making, such a sense of proportion, such an ease in making women look gorgeous, you inevitably forgive him. This said, this collection lacked a bit of focus though probably it was intentional. In celebrating the label’s tenth anniversary, Dell’Acqua went for a recap of all the things he likes, in particular the play off between the feminine and the masculine, of the sparkly and a little dry. The oversized shirts mixed with chiffon and feathers had charm, and so did the curvaceous dresses worn with pointy flats, but overall a tighter edit — not in terms of looks, but ideas — would have helped. 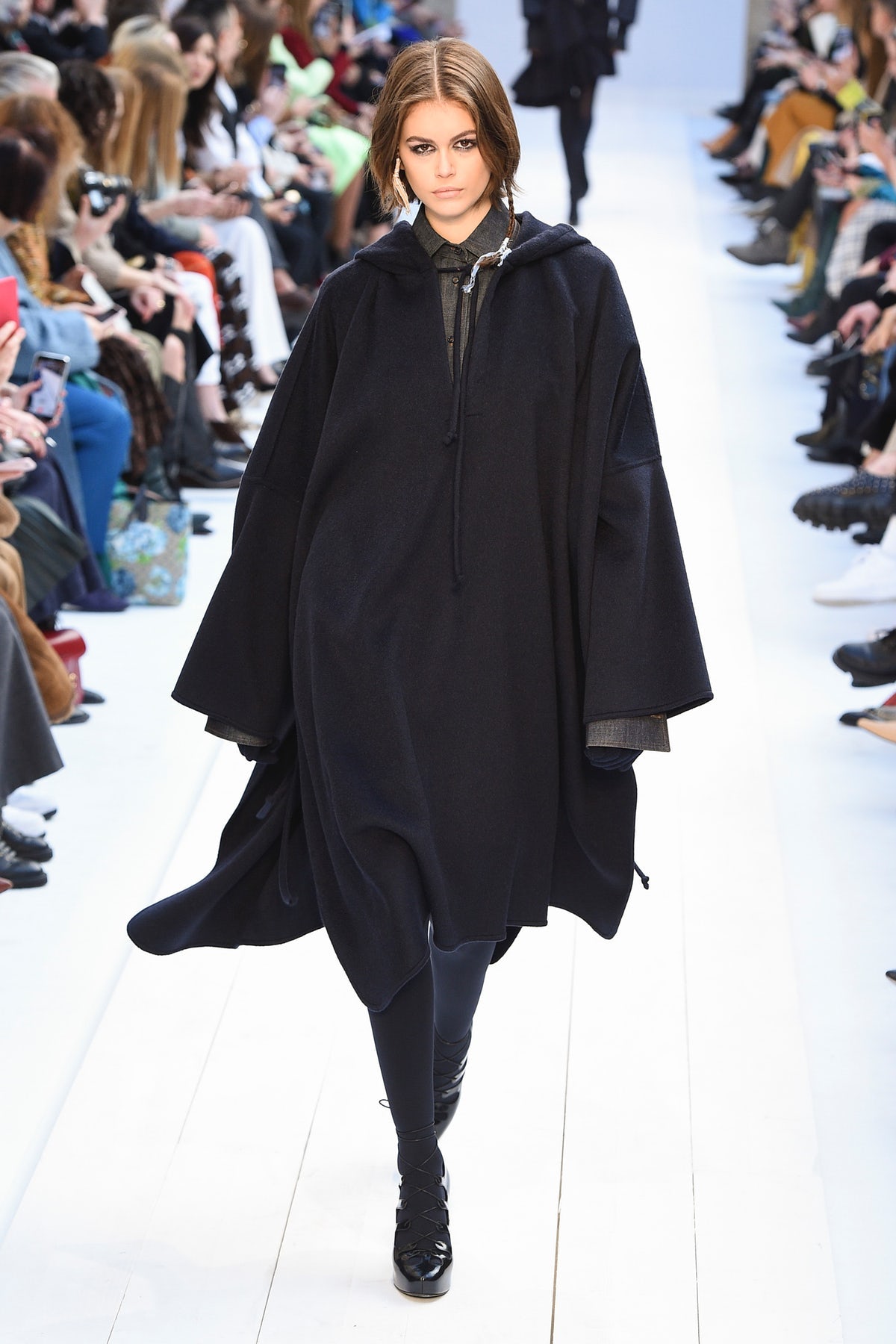 Max Mara is always at its best when the design team led by creative director Ian Griffith focuses on product and does away with high concept. This was one of those seasons and it made for a strong outing that played to the house’s forte: coats and outerwear. The striped anorak-capes were gorgeous. Working around a winter sea theme, Griffiths wove liberal doses of romanticism into Max Mara’s codes, rooted in power dressing. There were ruffles on the shoulders of otherwise masculine coats and suits, and an overall sense of escapism. On the moodboard, images of the Blitz kids were pinned near pictures of fishermen, and models sported Boy George braids from the Culture Club era. But that is just styling. What worked was the ease, straightforwardness and slouch of the clothing.