Many of today’s designers aren’t just referencing the past, they’re living it.

Many of today’s designers aren’t just referencing the past, they’re living it.

NEW YORK, United States — Repurposed vintage is hardly a new idea, but it often bubbles up in high fashion when designers are feeling stuck, either creatively or culturally. So it’s no surprise that, at this tough moment in American fashion, the past feels so prevalent.

On Sunday, former Suno designer Erin Beatty re-emerged with Rentrayage, a line of one-off archival pieces that have been pinned, tucked and quilted into right-feeling shapes that were hung up on Louise Bourgeois-inspired mobiles. (A nipped-in window-pane check yellow blazer, for instance, was lined at the wrists and collar with a delicate plaid ruffle.) Beatty, who has kept busy with consulting gigs since her once-hyped labeled closed at the end of 2016, does not seem eager to re-enter fashion’s rat race. Her idea for Rentranyage, which means “mending” in French, is one that has been mined many times before. And yet, she is a creator with a commercial eye, and her styles, like a floral-patchwork baby-doll dress, are salable. She said she’s talking to retailers, but insists that she won’t be replicating anything for mass production. 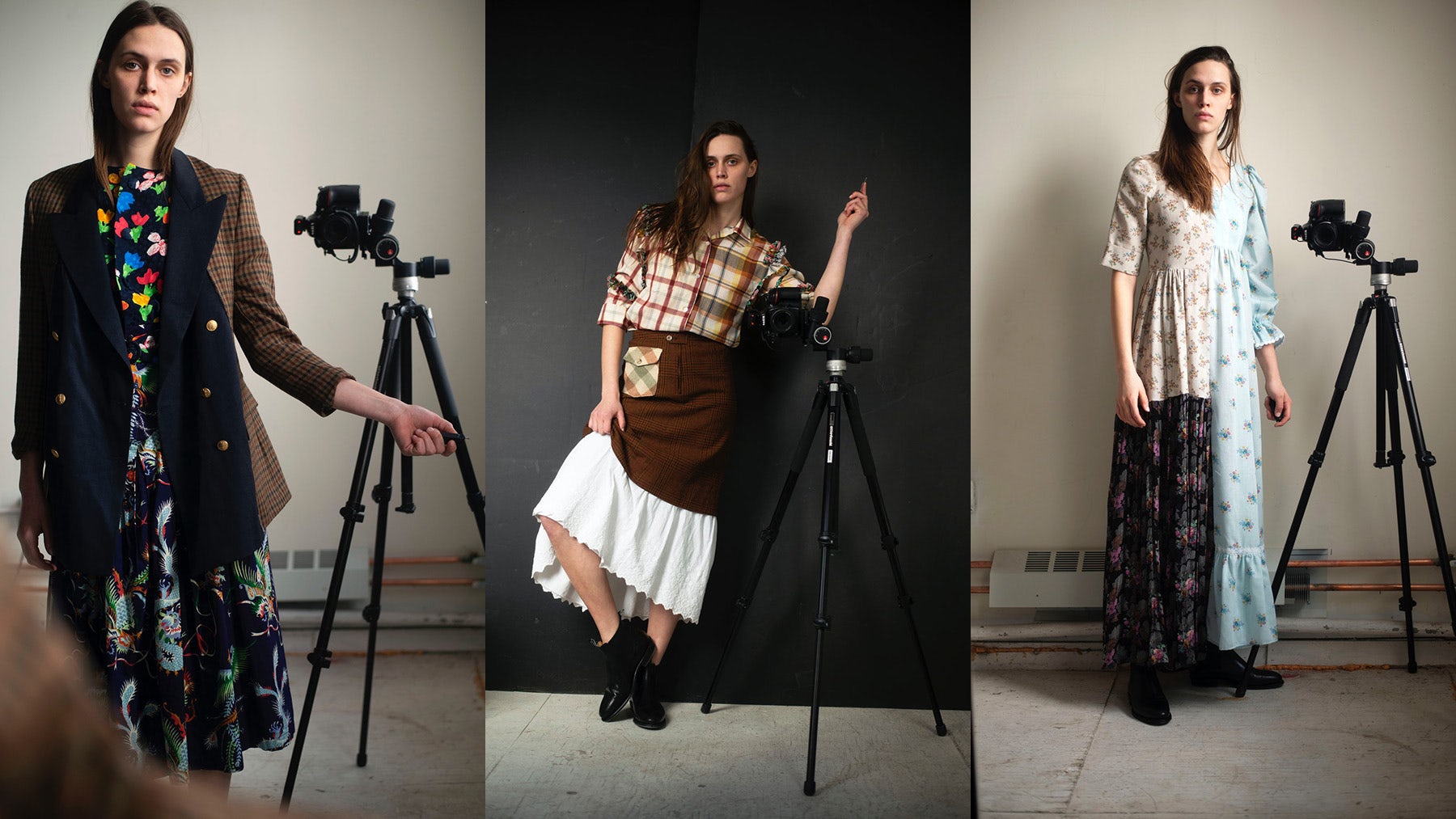 For Helmut Lang, openly embracing the past — as in, the namesake designer’s seminal body of work — was oddly the easiest way to clean the slate. Controlled since 2006 by Uniqlo-owner Fast Retailing, the brand has gone through a series of relaunches, none of which have been able to capture the essence, or commercial success, of Lang’s original label. While a recent project with Hood By Air designer Shayne Oliver grabbed attention, it was not viable long-term.

On Monday night, designers Mark Howard Thomas, who leads ready-to-wear, and Thomas Cawson, who runs denim, attempted to re-establish what Helmut Lang should be, creating a sharply constructed wardrobe of must-haves: the white tank, the straight black pant, a denim jacket in the designer’s favourite pink. It was a smart-and-sleek capsule. It was also deeply referential of the original. What’s not so clear is if the world needs a Helmut Lang redux. The label’s stylistic point of view, once radical, became the building blocks for countless brands and is now fairly ubiquitous in the market. It will be nearly impossible to woo Lang’s original fanbase back, and may be even tougher to make this a go-to brand for a new generation, even if they are familiar with his work via the internet. 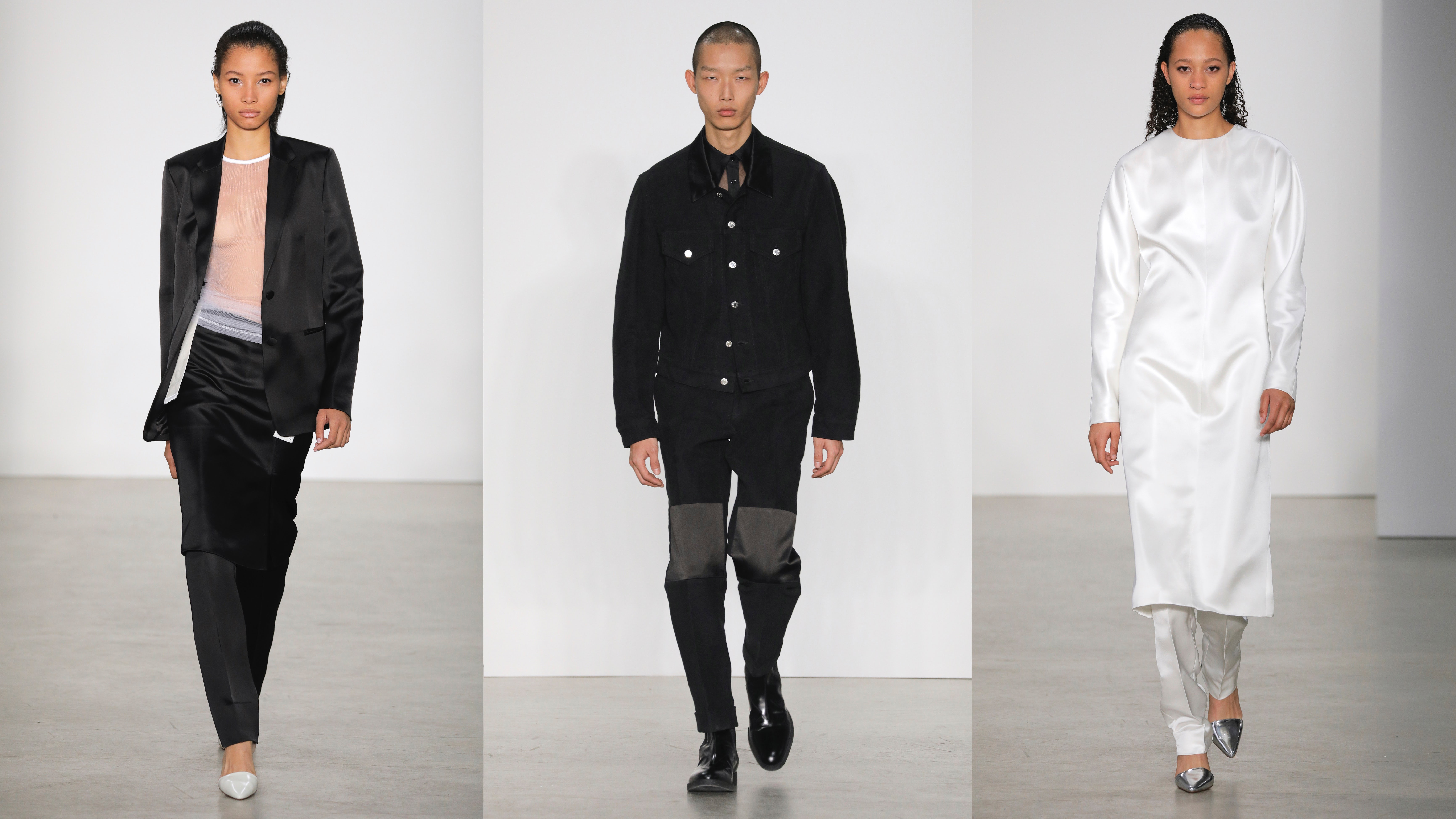 One of the recurring themes in the collections of the subversive young designers behind Vaquera is the late 80s and 90s of their early youth, when Trump's over-the-top gilded New York penthouse apartment felt more like a sign of the times than a symptom of one man's sickness. This season, Patric DiCaprio, Bryn Taubensee and Claire Sullivan said they were thinking about lavish interior design and the way it signifies wealth. They have fun with the absurdity of class signifiers in a clever way that’s tuned to the Instagram age, earning them the attention of the mainstream fashion industry even though the clothing is largely unwearable.

Here dresses resembled billowing shiny silk curtains, and many looks featured a sort of cliché French-inspired romantic print. But it was much more refreshing to see how they played around with workwear tropes, delivering houndstooth suits as well is oversized collars and giant monogram knits. What does it mean to dress for success? That's how DiCaprio put it backstage. It's a fitting question for the brand itself, which is carefully navigating the line between commerciality and high concept. But it’s hard to see how their more conventional pieces will stand on their own without the drama of their performance shows.