While even Rei Kawakubo and Rick Owens seemed to stay in their creative comfort zones, Undercover and Y-Project emerged as winners of the week.

While even Rei Kawakubo and Rick Owens seemed to stay in their creative comfort zones, Undercover and Y-Project emerged as winners of the week.

PARIS, France — The Paris Fashion Week which closed yesterday was a tiring ride with little that could be said to move fashion forward. But the rise of overtly political statements, questioning the way women are represented (and, indeed, represent themselves) through clothing, added a spark of current events and deeper meaning to the proceedings. Fashion is about self-representation and dressing is a political act because it deals with the way an individual relates to the community — adhering to shared codes, refusing them or twisting them up.

Jun Takahashi’s Undercover did all three of these, adopting and attacking the visual clichés of youth and adolescence in a singularly twisted way, adding a soupçon of discomfort to the familiar. The deranged way the designer deals with visuals is unparalleled because it is completely free — and yet it translates into wearable stuff. In this sense, he is unique and a winner of the season.

Elsewhere, getting political felt like marketing or worse: another silly fashion take on important matters. This year marks the fiftieth anniversary of the 1968 revolts. Reproducing the styles of those times, while trumpeting the accompanying ideals, seemed a natural course of action for designers like Maria Grazia Chiuri of Dior and Julie de Libran of Sonia Rykiel, who both opted for quite literal takes on the matter.

The Miu Miu show was perhaps the boldest expression of the "nostalgia for the revolution" attitude, so much so that it was heralded by a wild posting campaign all around Paris — devised by M/M and consisting of an alphabet of feminine behaviours and comportments — that was heavily redolent of the famous “La beauté est dans la rue” posters produced in May 1968 by Atelier Populaire. 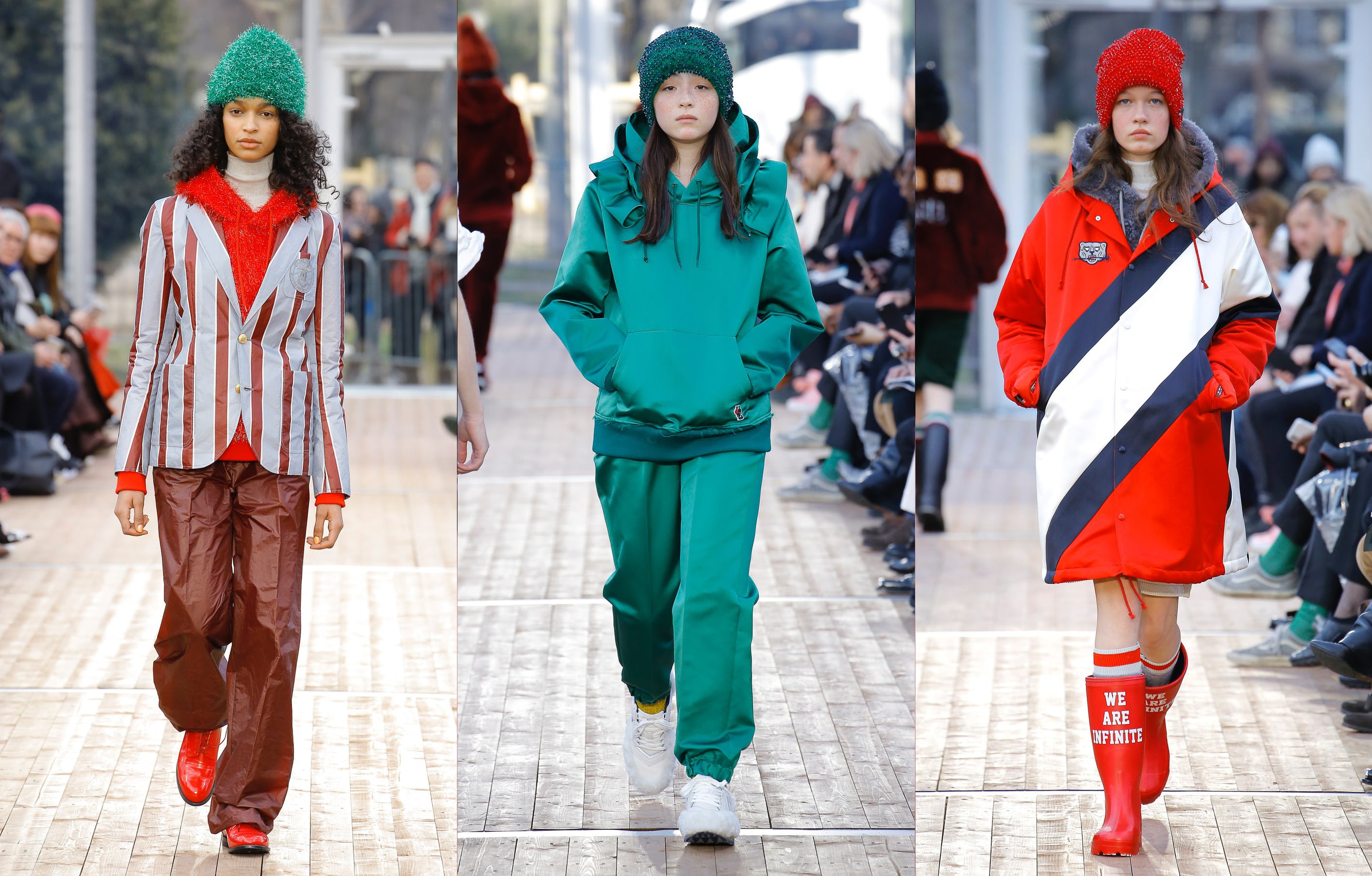 View Collection
Luckily enough, the theme took a completely different turn on the catwalk with a controversial “in yer face” attitude culled directly from the photographs of Karlheinz Weinberger. While clever and visually pleasant, this was ultimately just another exercise in styling, as we’ve seen at Miu Miu for quite a while now, morphing shapes and volumes culled from the Eighties, by and large the decade of reference when it comes to this season’s fashion. In this way, Miuccia Prada remained firmly in her comfort zone, unwittingly capturing the spirit of the season.

Indeed, watching a plethora of collections over the course of a grueling nine days that could easily be reduced to six or seven, one had a nagging feeling that few designers have any intention of really challenging themselves. Paris was all about designers sticking to their comfort zones, tweaking the recipe just a little bit without feeling the need to truly move forward. In a way, it is understandable: uncertain times require the reassuring feeling that comes from repetition. If the urge is to sell, sticking to the familiar items that make up a brand's vocabulary can be a sound strategy. Just take two of the most closely watched fashion brands in the world, Gucci and Balenciaga: the respective creative directors invariably deliver what, in the end, is just a variation on their respective formulas.

This season, Balenciaga’s Demna Gvasalia was both in top form and flying on autopilot. He explored the theme of extreme protection with a crescendo that began with skin-tight dressing and ended with ultra-layering. The mean tailoring based on 3D body-scanning was truly smashing in a good old Gaultier way. All in all, it was an assured outing, but one that left you craving the truly innovative stuff Gvasalia can dish instead of designs born from the back catalogue.

Even visionaries such as Rei Kawakubo and Rick Owens, pure creative forces to be sure, stayed within their comfort zones. Kawakubo's speculations on camp led to some fantastic experiments in glitter and folie but they were ultimately a lot less compelling than what she has delivered in the recent past. And yet what the Japanese master sent down the runway was, once again, not real clothing. Kawakubo is a designer who can really change the way we dress day by day, and it would be interesting to see her get back to proper fashion-making. The bulbous and brutally poetic shapes devised by Rick Owens, meanwhile, were no significant departure. Concise and compact in terms of both the scale of show and the number of looks in the collection, this season felt like a moment of pause for the designer. Every true creator needs one in order to leap forward.

For up and coming designers, staying in the comfort zone is worse. Marine Serre is certainly a talent to keep on the radar. In her first proper show, she mixed active gear with foulard dresses to great effect. Yet, everything felt too much like a continuation of what she was doing when she worked inside the Balenciaga design studio. Developing a signature will be critical for her. 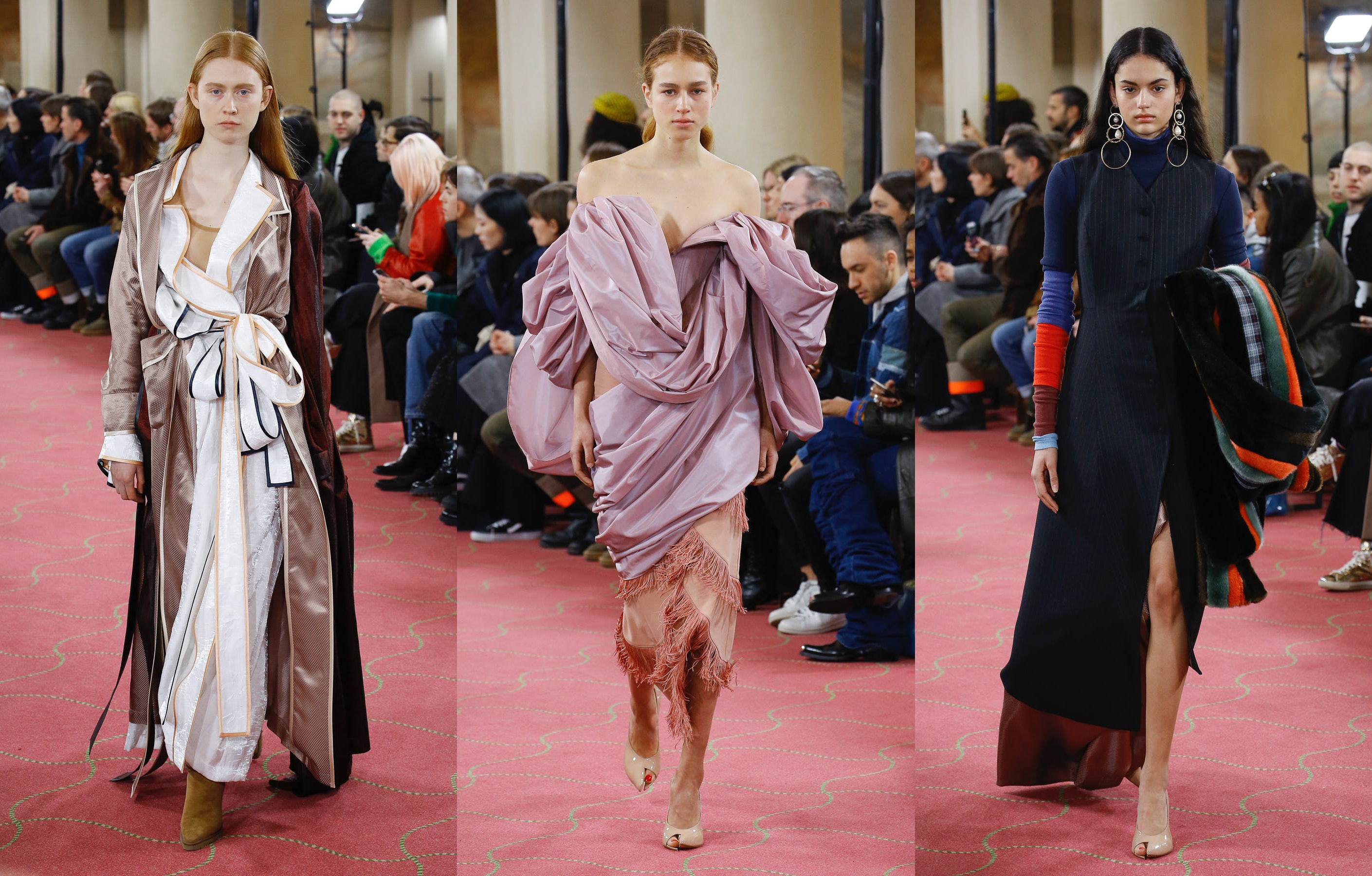 View Collection
Glenn Martens, the mastermind behind Y/Project and another winner of the season, has created such a signature. For a start, in a world of stylists, he is a true designer, creating challenging hybrids of streetwear and couture that look like nothing else around. The way Martens deals with shapes, volumes and draping is progressive, and actually offers hope for the future of creation in a world of merchandising. The designer has his own comfort zone too, of course, but it’s one that feels like an elastic space of constant reinvention.

Elsewhere, Julien Dossena at Paco Rabanne escaped the safe space he has constructed for himself and finally confronted his bête noire: Paco's own metallurgic heritage. Valentino’s Pierpaolo Piccioli found modernity in softness by stressing that romanticism is power. And Louis Vuitton’s Nicolas Ghesquière delivered another achingly chilly vision of French elegance.

Jonathan Anderson is a designer who works on clothing following an abstract agenda based largely on collages of many different elements. But if hard on paper, his recipe at Loewe comes across as warm because it incorporates a palpable Mediterranean sensuality. His abstractions acknowledge the moving body and that makes the difference, which was apparent again this season.

But in a general climate of nostalgia and remakes — in this respect, the expansive Margiela retrospective which opened at the Palais Galliera museum felt like a warning — is anyone thinking about the future? 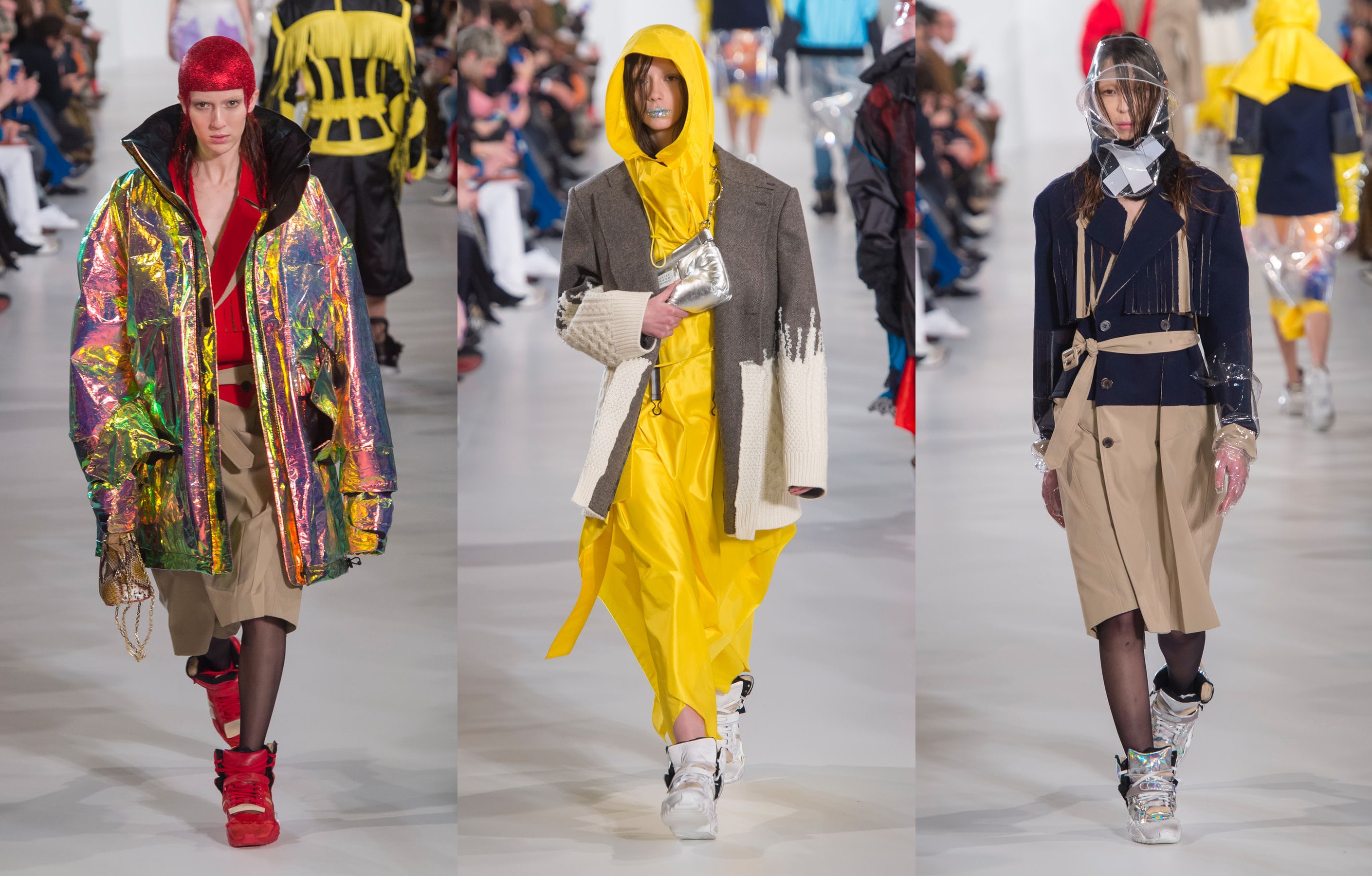 View Collection
At Maison Margiela, John Galliano, the king of the grand and the nostalgic, delivered a punchy take on the techno-apocalypse, fine-tuning an idea of dressing in haste that is a productive and fast-forwarding way to deal with chaos. Another odd futurist was Olivier Rousteing at Balmain, whose enduring love for the 1980s this season received a welcomed twist via hologram plastics and PVC fabrics, giving the proceedings a light and amusingly kitschy touch.

In the end, however, is anyone really focusing on making actual clothes? Just a few: Chitose Abe of Sacai, for instance, whose take on hybrids is endlessly productive. Simon Porte Jacquemus, too. The way he works of late, making beautiful yet simple clothes that make women look beautiful in the most effortless of ways, is refreshing, like going back to elementary school amidst all the needlessly conceptual blah blah. After all, making clothes is the essence of the fashion game.