David Neville and Marcus Wainwright have elevated their original, quite basic proposition into something sensual and sophisticated. 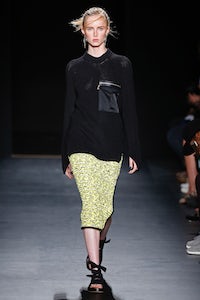 David Neville and Marcus Wainwright have elevated their original, quite basic proposition into something sensual and sophisticated.

NEW YORK, United States — “We try not to try too hard,” David Neville mused after Rag & Bone’s show on Monday night, but he and his co-Boner Marcus Wainwright are true grit Brits, both from military families, and trying hard is something that comes naturally to them. To strive, to win… it’s certainly worked for them so far.

Their choice of location, for instance. Some cynics would suggest that Brooklyn made sense because it was steps from Wainwright’s home. Others would speculate that St Ann’s Warehouse has such an illustrious history with the performing arts — the staging ground for some of Lou Reed’s finest moments, for example — that Rag & Bone could only do well by hitching their wagon to such a star. And, by actually laying on a choir to perform live alongside longtime collaborator Thom Yorke’s original soundtrack.

That kind of window-dressing can loan gravitas to collections that don’t always do much heavy lifting on their own. But, Monday night’s presentation had the woes of the world on its side. There is such militancy in the air at the moment — the volume of political debate turned up to toxic levels in both the US and the UK, the global stage a pantomime of horror — that it would be surprising if a label with a track record like Rag & Bone’s didn’t roll out the references.

And there they were: flight suits, field jackets, bombers, parkas, combat and cargo pants, mesh tops, details lifted from Wainwright’s collection of vintage military wear. He has old parachutes in his office. Look closely and there was parachute detailing in the slip dresses that balanced out the collection.

And that’s the other side of Rag & Bone, what Neville and Wainwright might consider the Notting Hill carnival side: free-spirited beauties hanging loose on a late summer’s day. They’ve used Kate Moss in their ads before, and there were echoes of her youthful glory days in the young women on the catwalk. Kate sprawled in a slip dress, hair casually bunched and pinned — who’s going to dial down that echo?

What it highlighted was how artfully Rag & Bone have elevated their original, really quite basic proposition into something sensual and sophisticated. 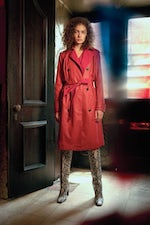 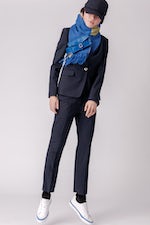 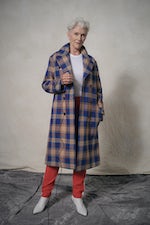 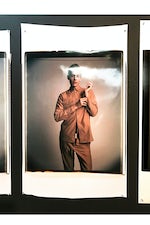