Tom Ford is aiming to kick things into gear.

Tom Ford is aiming to kick things into gear.

NEW YORK, United States — Welcome to the new New York Fashion Week. Just months into his tenure as Council of Fashion Designers of America chairman, Tom Ford has made some swift moves, shrinking the trade show-turned-county fair to five days, starting on Friday night with Rag & Bone at 5 pm, ending on Wednesday at 6 pm with Marc Jacobs. The official calendar is tighter, yes, but that also means that the days are denser, with some shows squished together so close that the only way you could make them all would be via helicopter.

There were dribbles of things before the main action began, most notably Kith on Thursday night. Founder Ronnie Fieg had grand ideas, skinning the cathedral walls and ceilings of the Cunard building downtown with projections of images from all over the world, as if the audience was jet-setting from one place to another. (A “Kith Air” logo had been hoisted high up on the wall at the top of the runway.)

Every time the background images changed, from city streets to snow flurries, a new capsule collection hit the runway, including collaborations with Vogue (check out that letter jacket) and Mickey Mouse, who was intarsia-ed on technicolour sweaters. Do these clothes deserve a catwalk? Perhaps not, but they are slick, good-looking products that the audience, which included Victor Cruz, Fabolous and “Euphoria” star Angus Cloud, might like to wear. Kith is the hot retailer right now. And like Kitson or Fred Segal or any other like it, its time will too pass. For now, however, Fieg is doing what he does best to make it last. 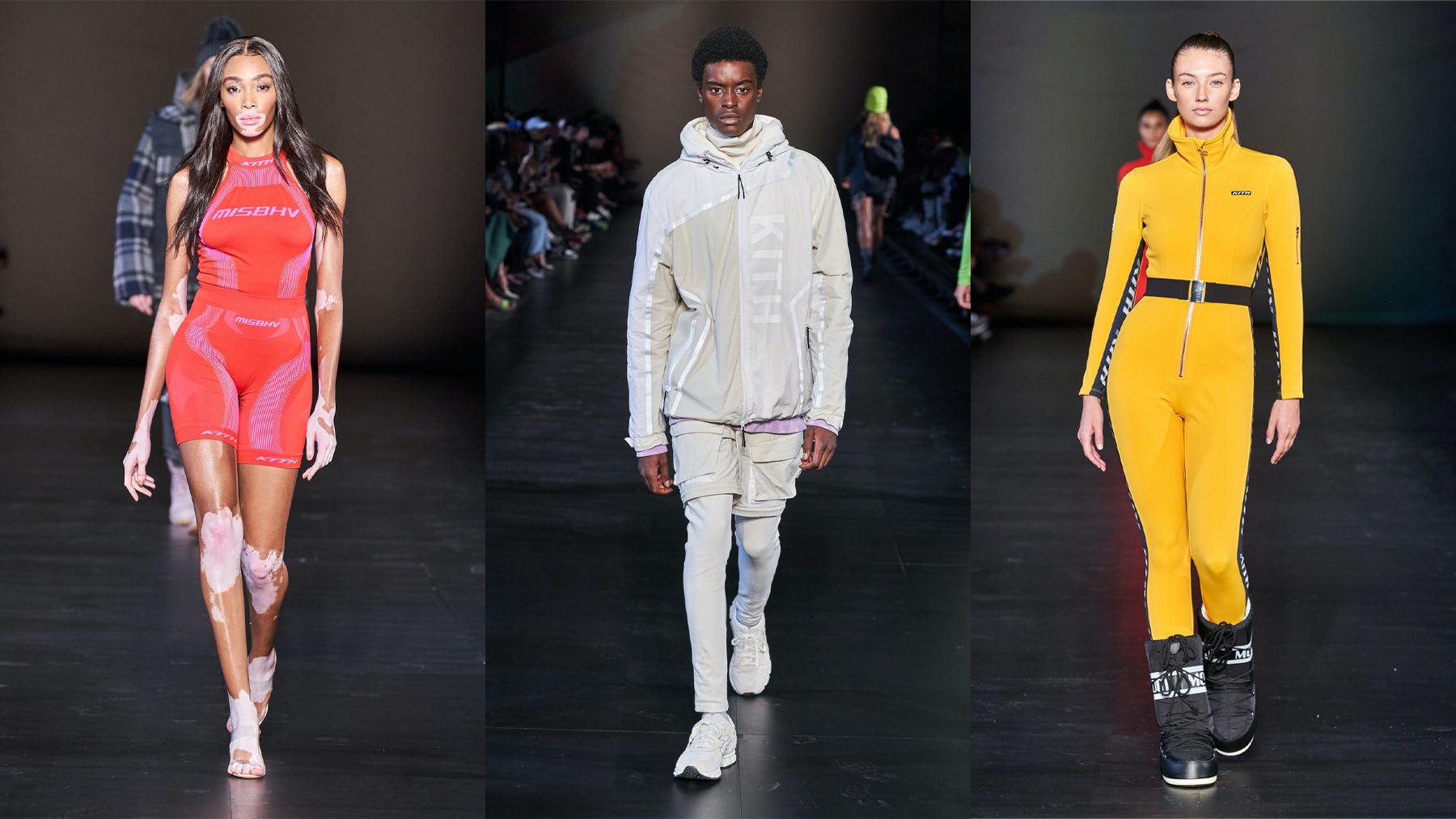 At Rag & Bone, the focus was what the person buying the brand wants, not necessarily what the people in the industry audience think. Designer Marcus Wainwright has tried a bunch of different things over the past few seasons. This past February, he hosted a dinner where the guests — mostly famous people — modelled the clothes as a part of immersive, AI-powered dinner theatre. But that was a very closed-off experience.

This time, he wanted to go broader, making it for the people, not his cadre of celebrity friends. Customers could even pay to come to the show ($2,000 got you a good seat, plus a meet-and-greet with Wainwright). For that price, you got more than a runway show. Joey Waronker and Mauro Refosco (Atoms For Peace) were drumming on a circular stage, The Brooklyn Youth Chorus singing in the background as choreographer Damien Jalet tussled with his dance partner. That movement was reflected by screens that looked like moving digital pointillism: an art piece. As for the clothes, they were, as always, fine. Wainright long ago relinquished seasonal themes, instead focusing on individualist styling that reflects the unchanging, workwear-meets-prep essence of Rag & Bone: take Ivy sweaters, ranch-hand boots and skippy leather minis. 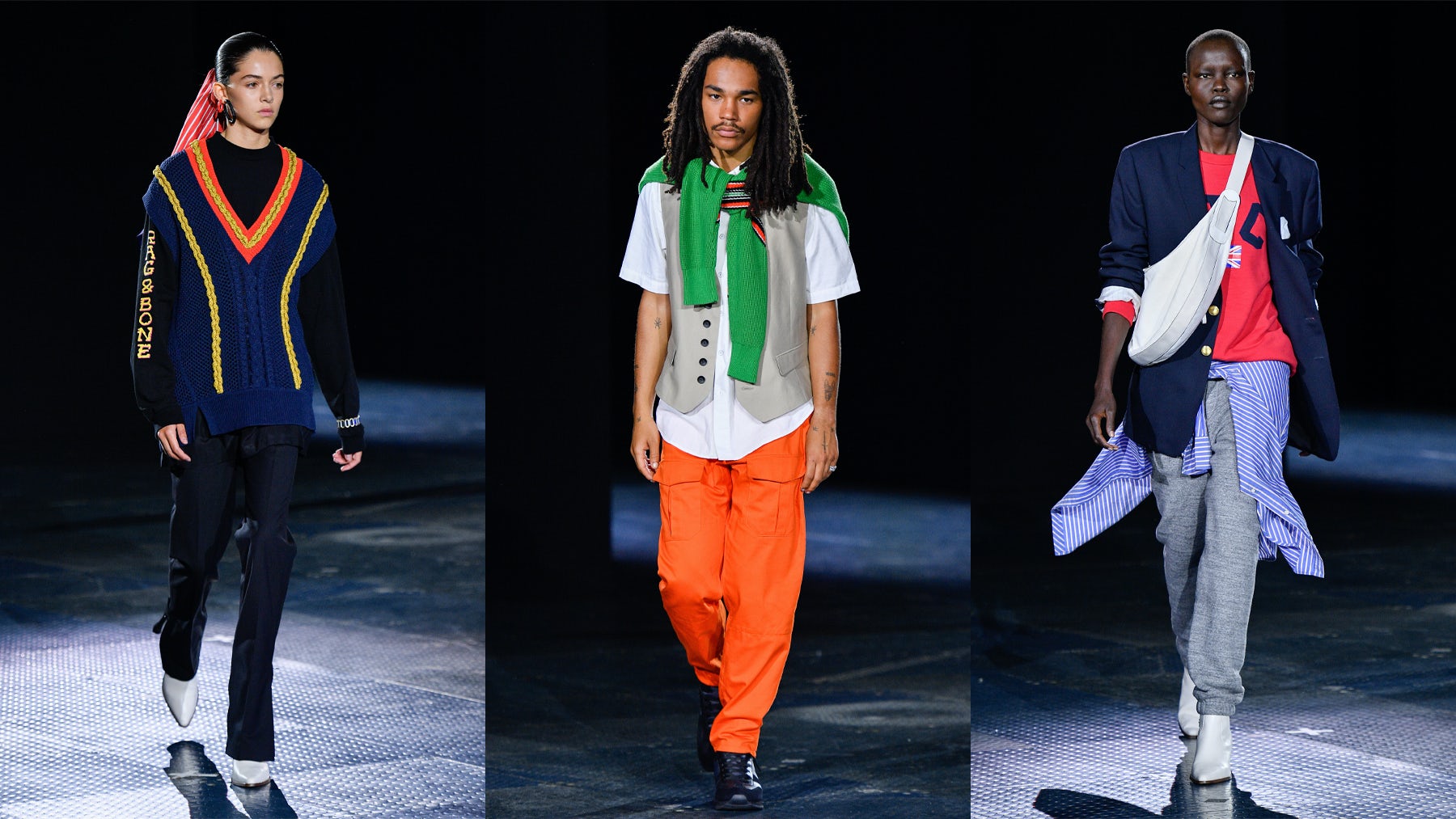 Wainright, who recently left the CFDA board of directors — Ford replaced him and three other members, making room for Maria Cornejo, Pyer Moss’ Kerby Jean-Raymond, Virgil Abloh and Carly Cushnie — said that he still feels like he’s a part of the system and that he remains passionate about the CFDA, but that what matters now, versus what matters when he started in 2002, has changed.

There are many important, New York-based designers who continue to believe that what’s right for them is not showing their collections in the United States. Thom Browne, who is staging a performance at Bergdorf Goodman on Saturday, is dead set on staying in Paris. Joseph Altuzarra will once again show there, too. Alexander Wang is still on the December-June calendar. Calvin Klein is gone...for now. And yesterday, Telfar Clemens, whose 15-year-old, long-percolating label has just begun gaining serious traction over the past few years, announced at a community event in Bushwick that he would actually show in Paris as well.

When reached by phone earlier this week, Clemens and collaborator Babak Radboy said that they were showing the clothes in Paris on September 23 because that’s where the retailers — even the buyers from the US — spend money. (Retailers will often wait until the end of the season to place their orders if they’re not vying for an exclusive: this allows them to see everything instead of blowing their budgets too early. When times are tough, this practise is more pronounced.) While New York has been great for editorial, and for celebrating with their close-knit group, Paris gets them in front of potential partners — both retail and strategic.

“When it comes to making a company, America is in this position of creating these global trends. But the actual investment is coming from Europe,” Radboy said. “If you’re buying a Yankees cap, you go to Gucci.”

At his dinner on Friday, a sort of mixer for international press and emerging New York designers held at old-school fashion haunt Indochine, Ford said that the goal is to reverse some of these patterns.

“That’s what we do all of this for. You should be able to sell here as well, of course,” he said. “There are a lot of little things I’m not so aware of yet. This is the first time I’m hearing that someone can show here and has to go there to sell. The goal is to get buyers and press here.”

Ford floated from table to table, easing his way into conversations. (The seating was an interesting thing to observe, even more so than most fashion dinners. For instance, Lower East Side fixture Maryam Nassir Zadeh was next to British Vogue’s Edward Enninful, while Area co-designer Beckett Fogg founder herself next to Condé Nast creative head Anna Wintour.

“It’s the beginning,” Ford said of his efforts. “This is not going to happen over night.”

Tomo Koizumi, a Japanese costume designer and Katy Grand protégé, is more about theatrics than profits. “Being commercial is boring,” he said backstage while a model, her shimmering hair lacquered up to a point like a gnome, dragged herself across the carpeted floor at the Marc Jacobs’ store uptown. 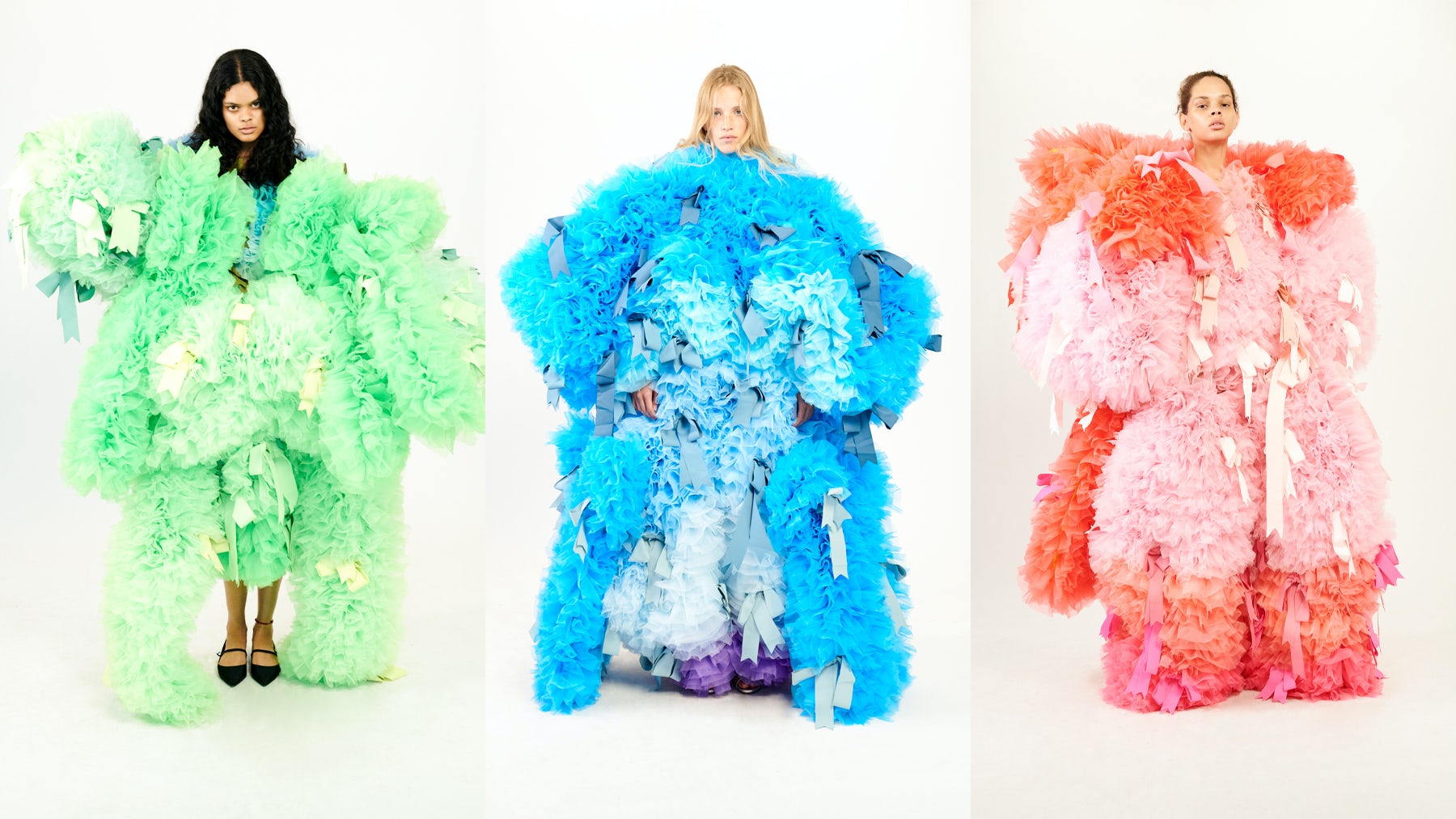 Koizumi’s jazzy New York Fashion Week debut last season was a highlight during an otherwise dreary sequence of shows. In an attempt to match the excitement of his first go-around, he decided to work with only one model — one that knew how to move while enclosed in his clipped tufts of tulle. She changed in and out of his garments right on the floor, two stage crew-types acting as her assistant. When she wasn’t writhing, she was fluttering or floating. The pieces may be heavy, but she looked light. Perhaps Koizumi once again drew an impressive crowd because they’re eager to see a collection yet to be weighted down creatively by financial debt.

Who knows, maybe talents like Koizumi and take-charge types like Ford will together make New York Fashion Week an exciting place to be again.

In the Trump Era, Owning American Heritage Is Tricky