With her Savage x Fenty extravaganza, the pop superstar-turned-fashion entrepreneur upended the lingerie mega-show format invented by Victoria's Secret. BoF speaks to Rihanna about the show and her goals for the brand.

With her Savage x Fenty extravaganza, the pop superstar-turned-fashion entrepreneur upended the lingerie mega-show format invented by Victoria's Secret. BoF speaks to Rihanna about the show and her goals for the brand.

NEW YORK, United States — Rihanna has sold over 60 million albums and released 14 chart-topping singles. It’s no wonder, then, that when she decided to stage a streaming fashion show for her Savage x Fenty lingerie line, rebooting a format popularised by American lingerie giant Victoria’s Secret, she tapped into her experience as a star entertainer.

On Tuesday night at Barclays Center in Brooklyn, her hyped Savage x Fenty extravaganza was a series of complex, high-energy dances executed by model-performers of all skin tones and sizes, with special appearances from runway regulars like Gigi Hadid and celebrities like Normani. These dances were interspersed with musical performances by DJ Khaled, Halsey, Big Sean, A$AP Ferg, Fat Joe, Migos and more.

“They are definitely taking a page out of the Victoria’s Secret playbook,” said retail consultant Gabriella Santaniello of A Line partners.

But unlike in the Victoria's Secret Fashion Show, the show’s emphasis wasn’t an idealized body type, but the body in motion. Her performers didn’t just strut — they twerked and body rolled, performing athletic, complex moves choreographed by Parris Goebel, known for her work on music videos such as Justin Bieber’s "Sorry.” 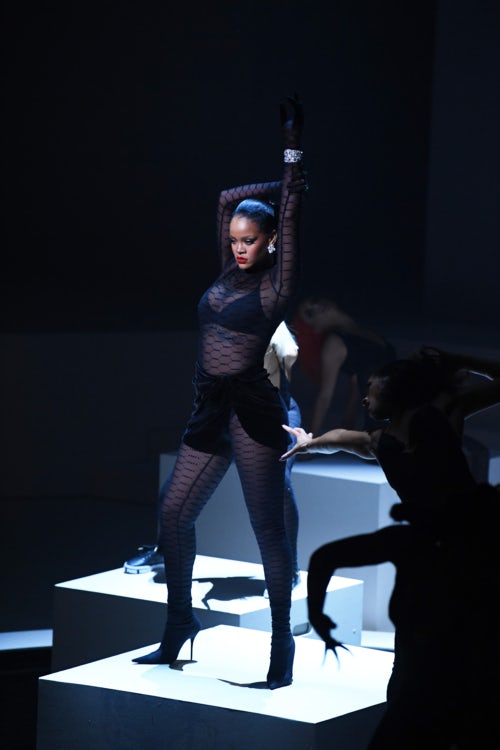 “I love how she makes everything sexy despite society’s ideal of what sexy looks,” said Rihanna in an interview after the show. “I don’t care about any skinny Victoria’s Secret model when I look at Parris. I want to be that woman on the inside. I want to feel that confident I want to feel that bombastic… That is the Savage brand.”

And while the Victoria's Secret Fashion Show aired on conventional television, the Savage x Fenty show will start streaming globally to Amazon Prime’s 200 million members on September 20. Rihanna said partnering with Amazon was a no-brainer. “Amazon came in and said, ‘Hey, we want to be a part of it.’ And you’re not going to deny a platform like Amazon Prime.”

Her goal is to introduce as many women as possible to the brand. “There are a lot of women out there who are feeling in the dark, invisible. 'I can’t try that on because I’m not made that like,'” she said. “This is where you feel safe, right here at Savage.”

Rihanna opened the show with some dance moves of her own. But she otherwise ceded the spotlight to her models and performers, who mostly played to the cameras, not the audience, which included top fashion editors like Anna Wintour and Edward Enninful; celebrities like Diplo, Wale and Kacey Musgraves; and longtime collaborators like Mel Ottenberg; as well as plenty of suits.

The pop star has focused on her fashion businesses in recent years. In 2017, she launched her Fenty makeup range with LVMH's Kendo (the line generated €500 million in its first full year in business). In 2018, she followed up with the launch of Savage x Fenty lingerie, a joint venture with Techstyle Fashion Group which recently announced a $50 million funding round from Jay-Z’s Marcy Venture Partners LLC and Avenir Growth Capital.

Both her beauty and lingerie lines gained traction, in part, because they put inclusivity at the core of their product and marketing strategies. Fenty Beauty launched with 40 shades of foundation tones, while Savage X Fenty sells bras from 32A to 46DDD and underwear and sleepwear in sizes XS to 3X. Both brands feature a diverse lineup of models in their campaign imagery. (This spring, Rihanna also launched a ready-to-wear label with LVMH.) 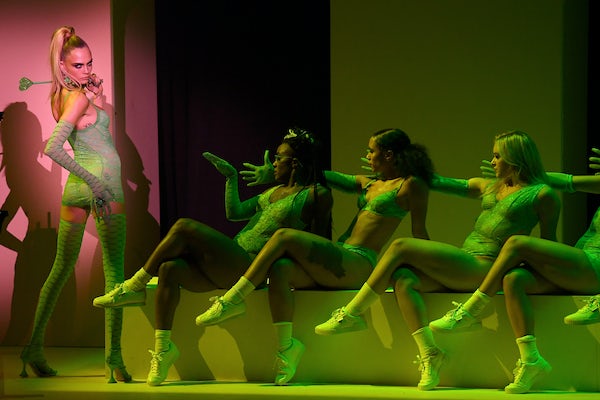 “Rihanna has been clever and very strategic about the way she’s tapped into what people want to see,” said marketing consultant and creative strategist Emma Rees.

But can the pop star’s lingerie venture, with an estimated $150 million in annual revenue, really challenge Victoria’s Secret? It is losing ground to fast-growing competitors like American Eagle’s Aerie and online start-ups like ThirdLove, but still has more than $7 billion in sales.

In today’s fragmented internet landscape, mega-celebrities like Rihanna can have more influence than brands, said Jordan Fox, founder and president of digital and personal branding group MMP Group. Rihanna isn’t the only one turning a personal brand into a business. But for Fox, Rihanna has been more successful than many of her celebrity peers because of the team she’s built around her and her relatable and accessible personality.

Even with her star power, it remains to be seen whether Rihanna can build a brand that truly rivals Victoria’s Secret annual fashion show at its prime when it attracted more than 10 million television viewers. “The days of that type of hype are gone,” said Santaniello.