The Verdict on Milan Fashion Week

The Milan Fashion Week that closed on Sunday was big on buzz but the fashion that cut through the noise came from Jil Sander, Fendi and Walter Chiapponi’s debut for Tod’s, reports Angelo Flaccavento.

The Verdict on Milan Fashion Week

The Milan Fashion Week that closed on Sunday was big on buzz but the fashion that cut through the noise came from Jil Sander, Fendi and Walter Chiapponi’s debut for Tod’s, reports Angelo Flaccavento.

MILAN, Italy —  The Milan fashion week that closed on Sunday was weird.

It was bookended by Gucci’s spectacular but ultimately disappointing reverse panopticon — a mesmerising package from which it was hard to look away but that contained nothing new when it came to the fashion — and Giorgio Armani’s last-minute decision to hold his show behind closed doors due to a surge in cases of the coronavirus in Italy. Then, of course, there was the seismic announcement from Prada that, from April, Raf Simons will jump on board as co-creative director alongside Miuccia. In sum, the week was buzzy but barely about clothes — no surprise as it’s the buzz, and not the clothes, that matters most nowadays.

Certainly, there was no shortage of excitement around Prada’s secretive press conference, at which Mrs Prada, Patrizio Bertelli and Simons announced the news of a Prada-Simons marriage. But the union was also a little bit perplexing. Don’t get me wrong: a partnership fueled by common cultural leanings and a shared belief in creativity as the basis for a business is commendable. But Prada and Simons are both bearers of a highly wrought, intellectualised and, at times, cryptic fashion lexicon that can feel slightly out of sync with the times.

They both believe in creativity, sure, but there are many ways to express this and they would both benefit by making things, if not lighter, at least more immediate and spontaneous. And one has to wonder what will happen when these two strong-willed designers work together. Will things explode or will they manage to tame their respective complications? Minds of such calibre working in tandem could prove the key to terrific success — or result in a shipwreck.

One way or another, the prospect of such a collaboration is completely new and very challenging. And yet, one can sense a bit of fear coming from Prada, thus their decision to opt for such an unprecedented strategy. But fear is never a good guide. On the other hand, Mrs Prada's enthusiasm at the press conference was so palpable it almost felt naive, which was a good thing, and the whole co-creative director configuration might just be the preamble to an intelligently conceived succession plan. The carousel of fashion swings endlessly, after all, and the fact that Miuccia Prada acknowledges this and acts accordingly is another proof of her unique acumen and sensitivity. 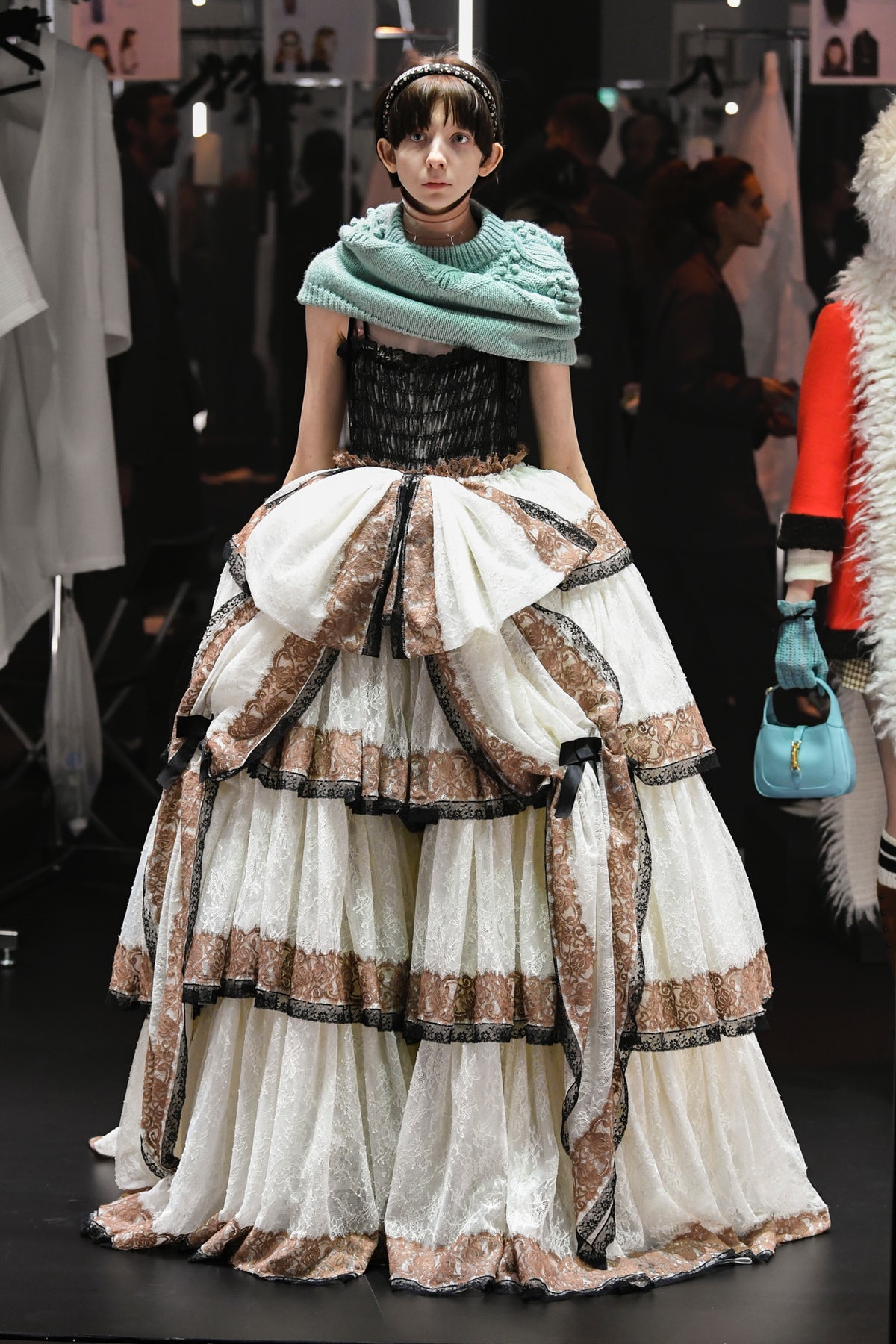 That carousel swung literally at Gucci, earlier in the week, when Alessandro Michele staged one of his most heartfelt and spectacular shows: a celebration of the endless magic of the fashion show itself as an unrepeatable rite. It was a joy to behold, as perfectly orchestrated as it was enchanting. But what kept it from being an authentic fashion moment was the lack of fashion, in the sense that it was all more or less the same as usual — and not even close to Spring/Summer 2020’s exciting departure into strictness and fetish. This time around, the spectacle swallowed up the rest. 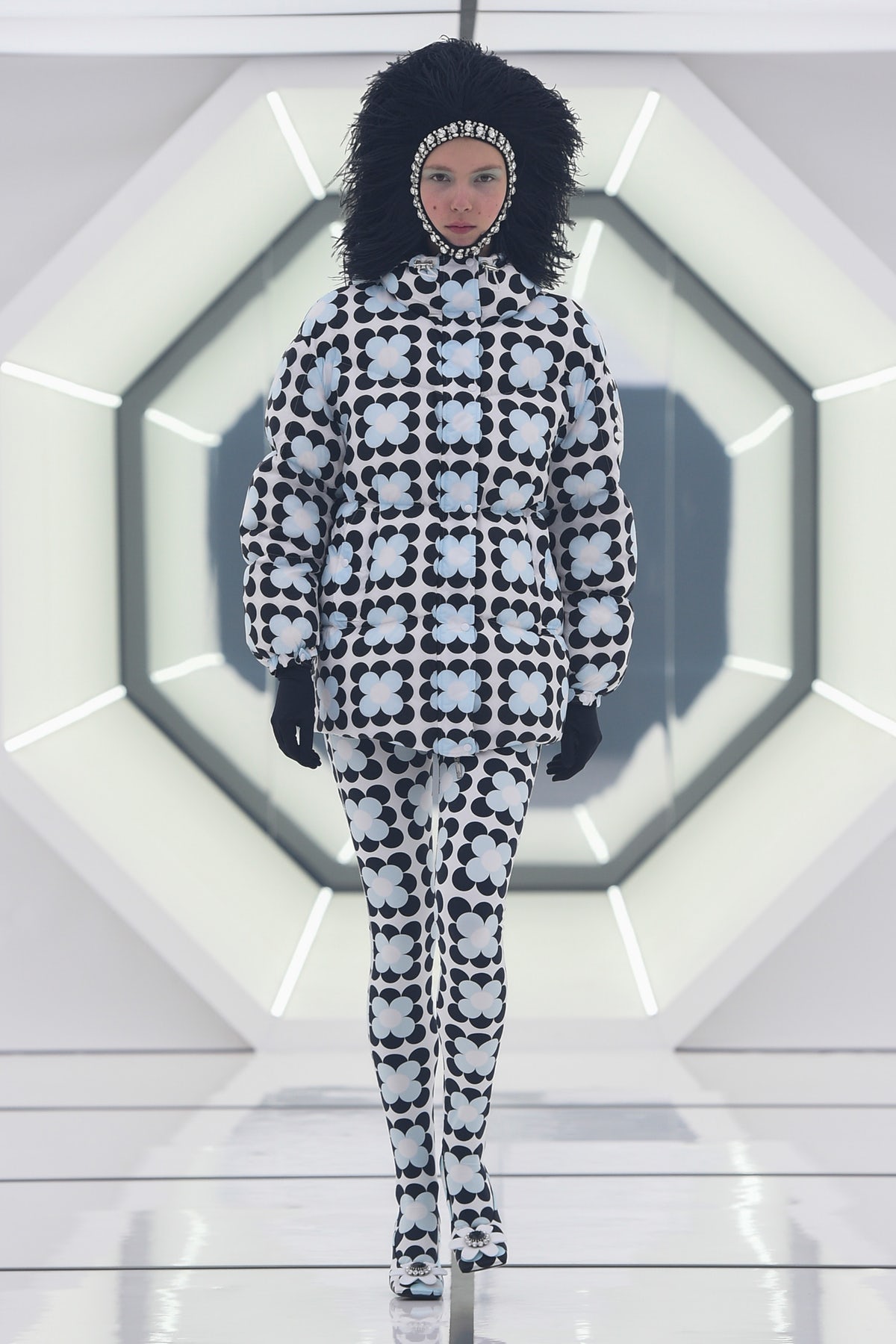 View Collection
One could barely focus on the clothes either at the presentation for Moncler Genius, Remo Ruffini’s disruptive plan to keep Moncler relevant (and at the top of social media feeds) by constantly reimagining the brand with a cast of guest designers. The whole thing was gigantic and grandiose, but oh so hard to decipher. What stood out was JW Anderson’s non-binary vision, Sandro Mandrino’s colourful graffiti for Moncler Grenoble, Alyx’s garment-dyed urban wear and Veronica Leoni’s pragmatic take on languid sophistication for Moncler 1952. 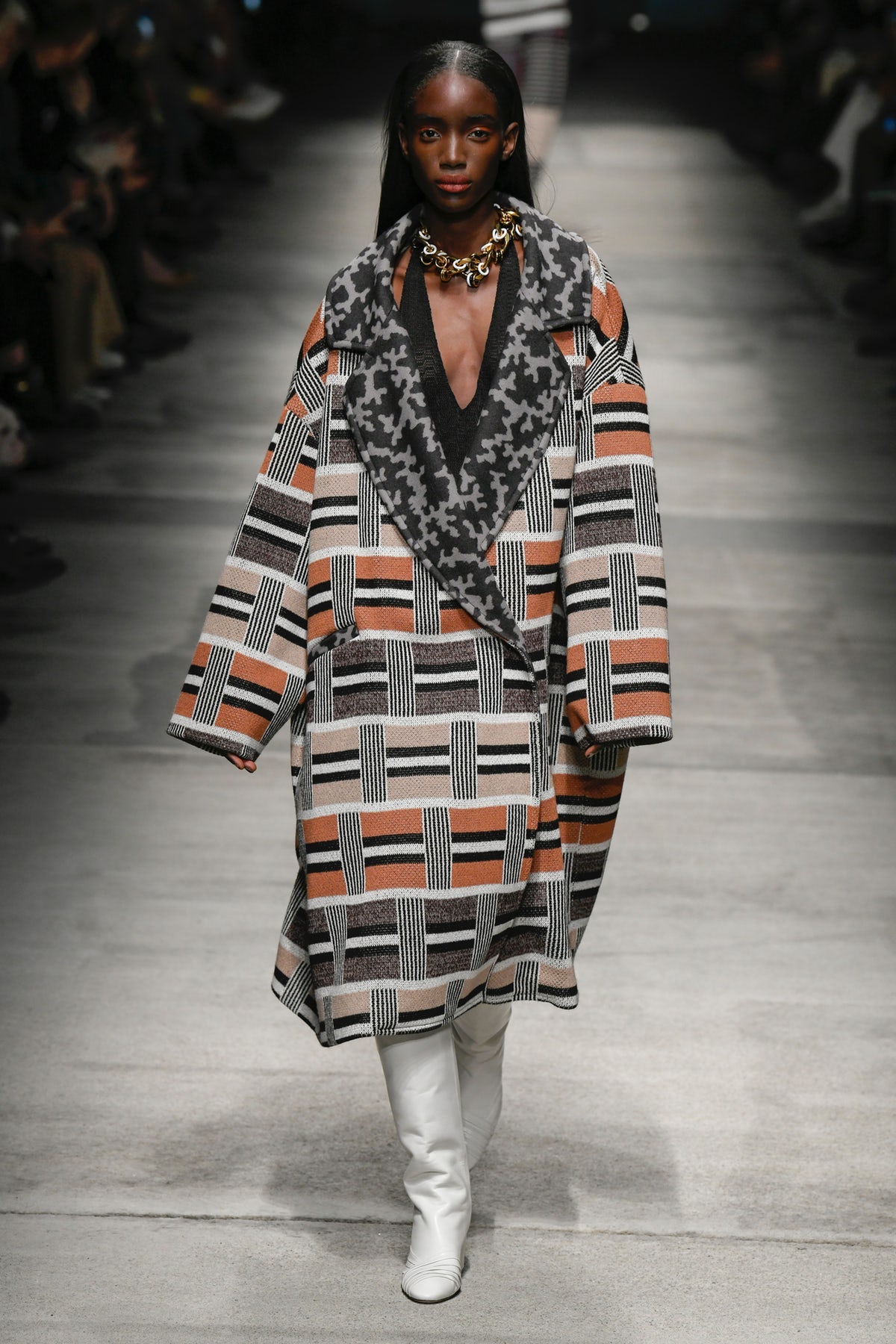 But on to the clothes themselves. Overall, the words that mattered most this season were strictness and femininity — in the traditional sense: girdles, nipped waists, high slits and skin flashing — or better, a fusion of the two. The best collections were bold and simple and highlighted a renewed interest in the traditional codes of feminine dressing. In one of her best collections in recent seasons, Angela Missoni cleaned it up, focusing on geometric patterns splashed all-over voluminous outerwear worn over clingy dresses and leggings, and it felt powerful. 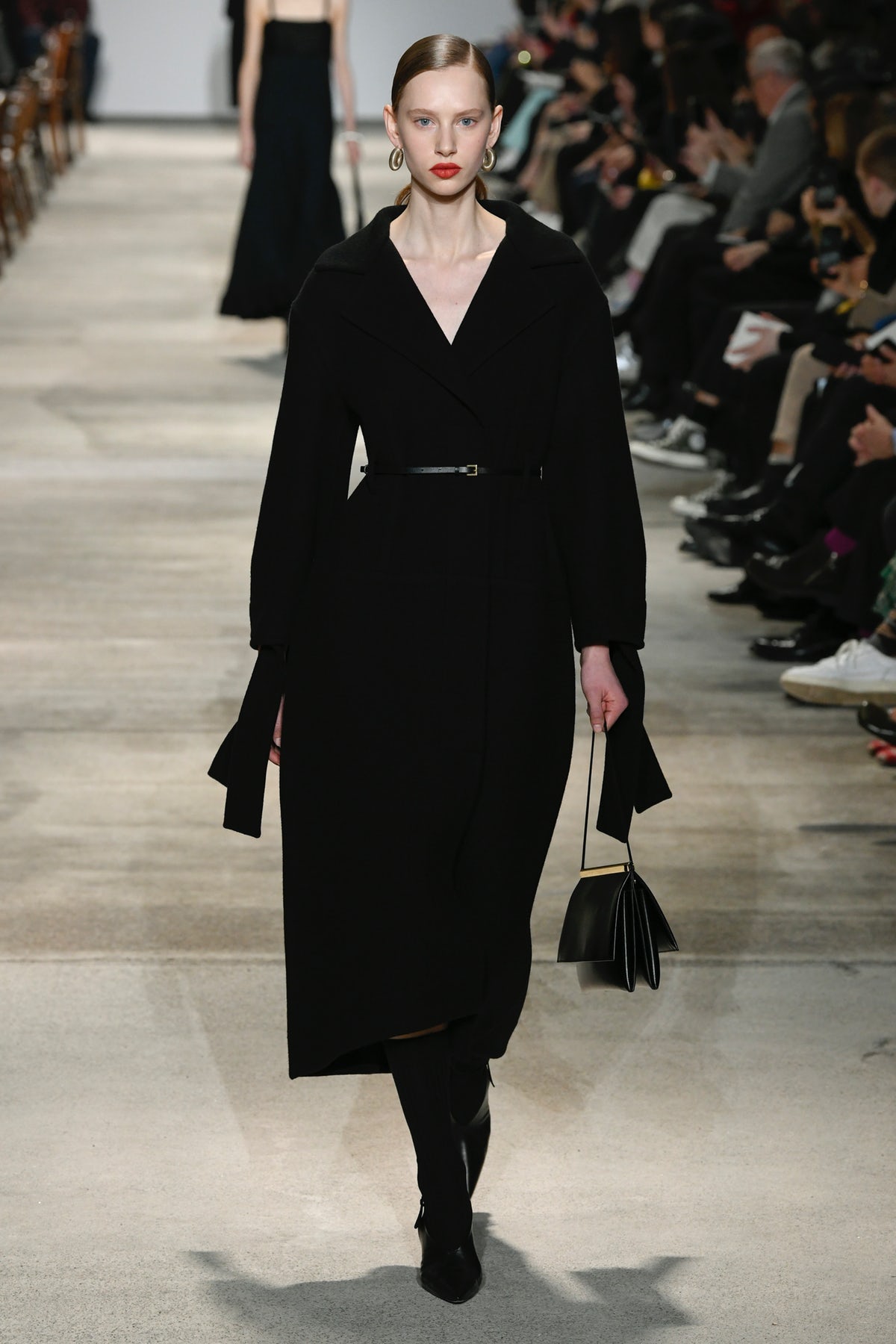 At Jil Sander, whilst never steering away from the minimalistic code of the house, Luke and Lucie Meier finally raised the temperature for what was their most convincing show thus far. Sure, they are occupying a territory that was once inhabited by Celine and is now partly owned by Loewe, but there is charm and precision to what they do. And by showing some skin, by letting the sensuality of the body be felt more, they expanded the Jil lexicon in exciting new directions. 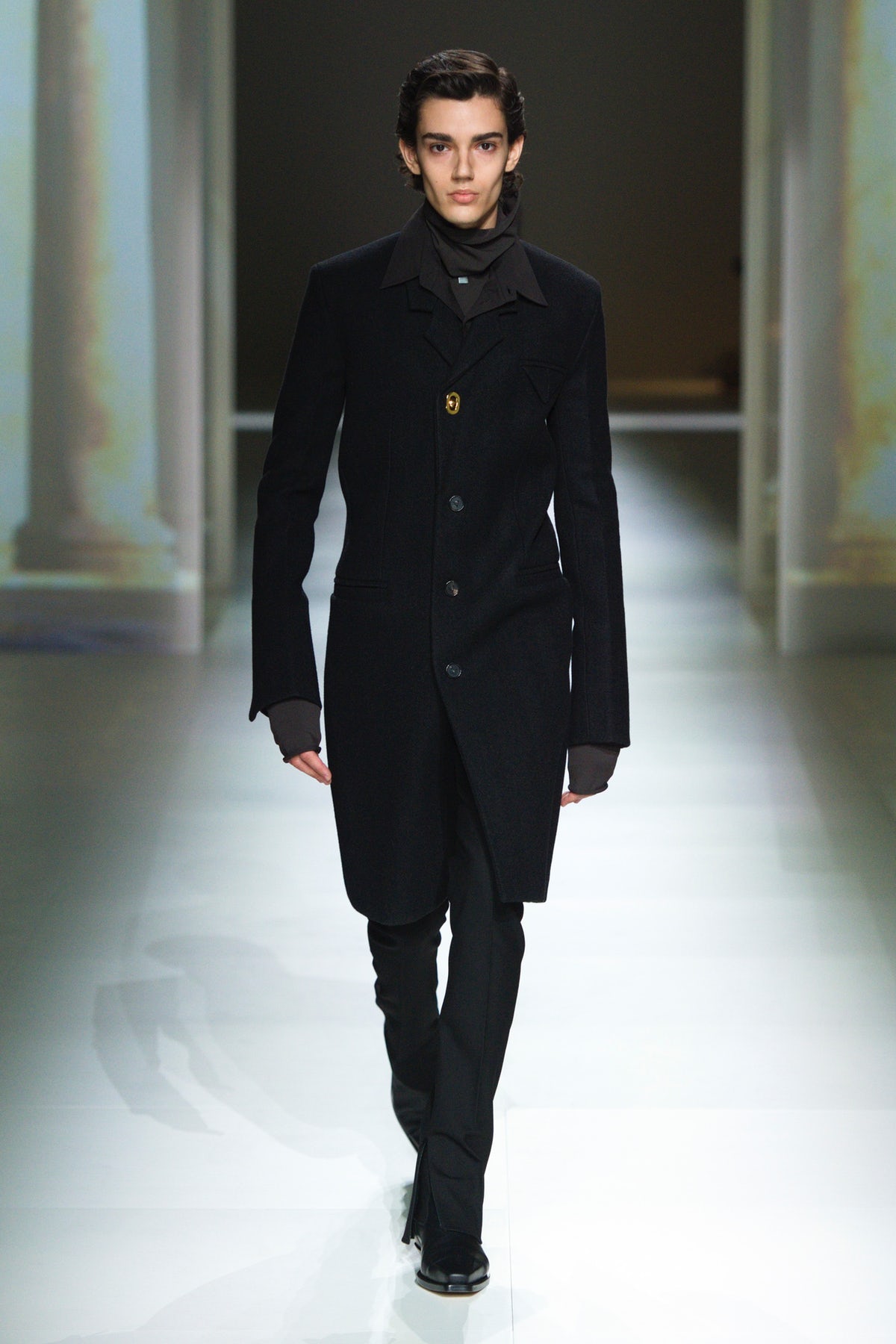 At Bottega Veneta, Daniel Lee, fashion’s new golden boy, keeps profiting from his ‘old Céline’ roots. The references are not as literal as they were at the beginning, but his debt to Phoebe Philo remains evident. Yet Lee keeps adding a tougher, more urban slant to his work and a liking for weirdness that borders on bad taste. It’s all a bit Demna and the slim tailoring felt a little bit like early Hedi from his time at Dior Homme, but it was all served up in such an energetic way, it’s inevitable that the industry is falling down at the guy’s feet and offering its praise. Then again, the strategy might just be: if you cannot convince them, confound them. 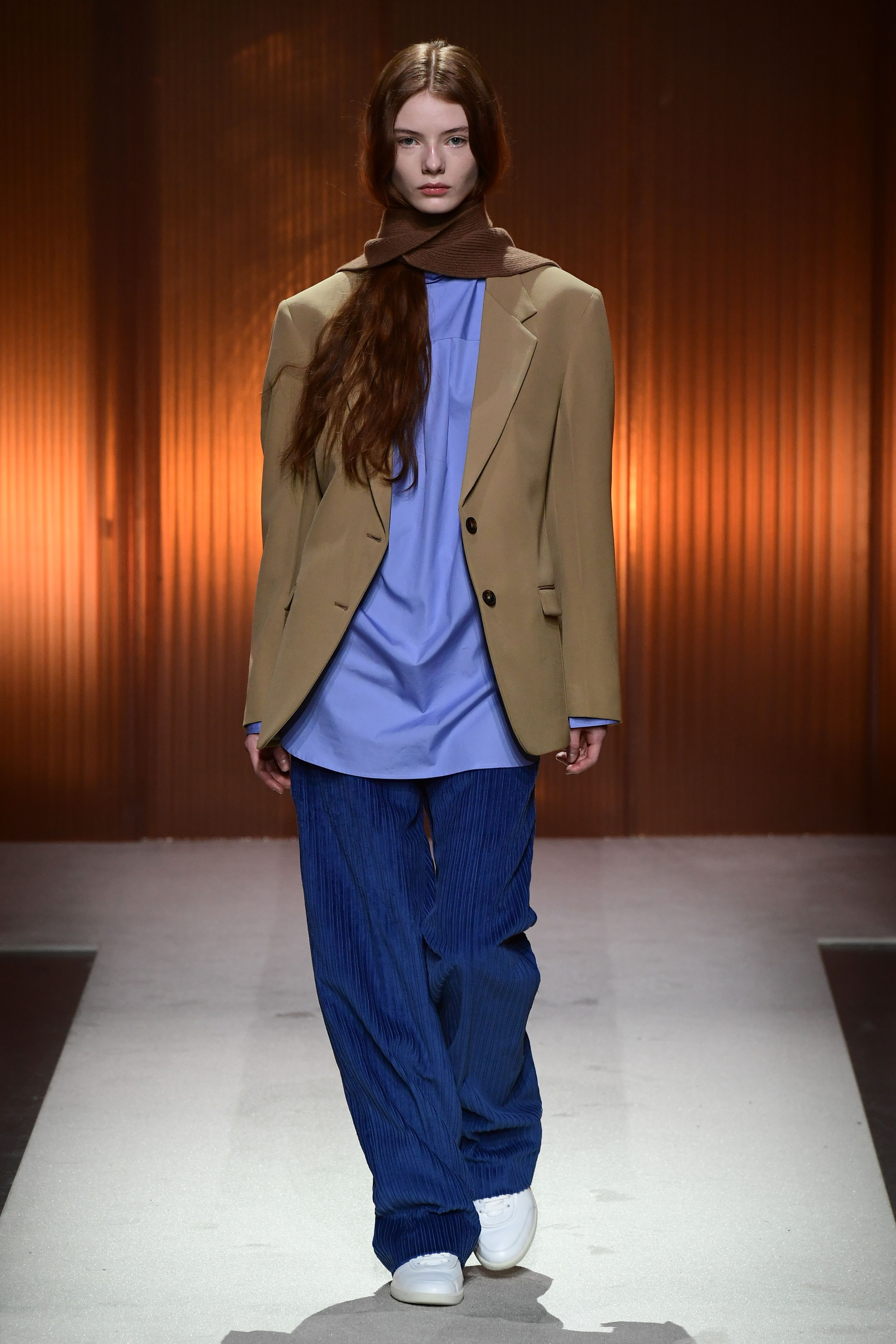 Elsewhere, Walter Chiapponi’s debut at Tod’s was calm, considered and in very good taste: one of the best shows of Milan Fashion Week. There was just a tiny bit of Prada, but nothing compared to the blatant references that surfaced everywhere else. What Chiapponi owns is a way to tweak the classics that is refined and very Italian, with lots of appeal. 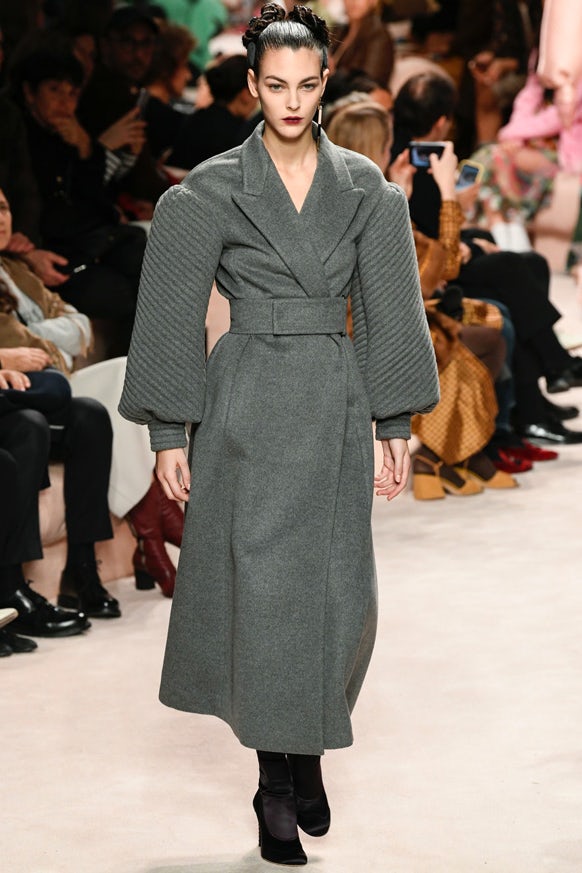 But it was Silvia Venturini Fendi who really stood out. Coming into her own after the death of Karl Lagerfeld and blooming into a fashion force to be reckoned with, Venturini Fendi delivered a personal vision of feminine power by subverting the traditional signifiers of femininity into pure expressions of strength. It was good in theory, and even better in practice: a softer, curvier Fendi ready to march into a bright fashion future. Brightness: that’s what we all need right now.