What people were talking about, who went viral and why it matters. 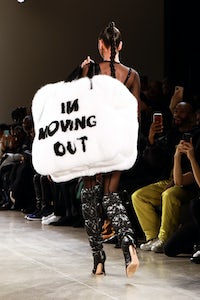 What people were talking about, who went viral and why it matters.

“There was a lot of buzz around emerging brands this week,” said Saks Fifth Avenue Fashion Director Roopal Patel. “We brought on Marina Moscone, Alejandra Alonso Rojas... at Saks for spring and were excited to watch them shine.”

Below, BoF breaks down key takeaways from NYFW.

1. Optimism, Despite a Lack of Excitement

Every publication published their version of a “New York Fashion Week is dead” story as the shows kicked off last week. But doom and gloom weren’t on the minds of showgoers, who are well accustomed to the shifting calendar by this point and approached the season in a practical, no-nonsense manner. Less complaining, but less FOMO (fear of missing out), with one exception: Nike’s giant runway show at Hudson Yards, for which the athletic brand flew in a fleet of editors and Europe-based designers, and featured athletes as models and an emotional tribute to the late Kobe Bryant.

“It seemed that everybody in attendance was interested in elevating the shows, not denigrating the shows,” said Gary Wassner, the founder of Hilldun, a factoring firm that provides young designers with loans and other forms of credit, and Interluxe, an investment firm. He thinks it is ridiculous to speculate that New York Fashion Week will fade away, but says the city government should do more to support the industry so it doesn’t decline like the garment district. “Do we want to be victims of another country’s calendar, that favours that other country?” 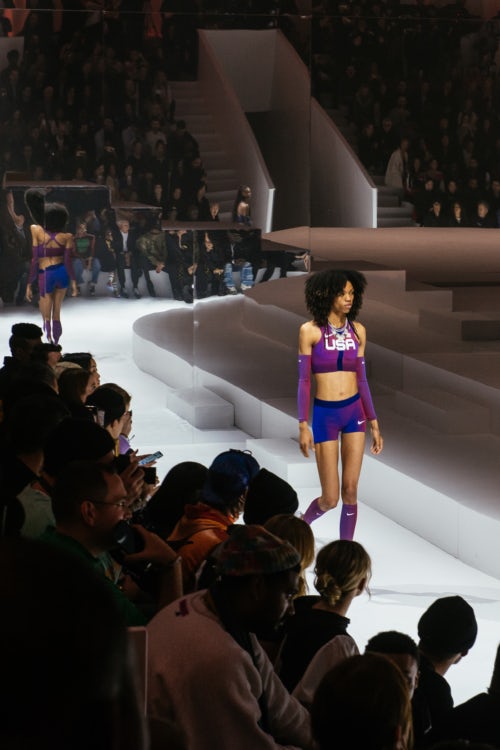 Constructive conversation about how to move fashion week forward was everywhere. At one show, I overheard a luxury fashion entrepreneur explaining why less international people had made the trip out for fashion week this season to a newcomer to the industry. “People don’t want to get on a plane for just another dinner,” she said, adding that shows must tell a compelling story.

2. Pragmatism Is the Most Prevalent Tone

“There was more seriousness, maybe a bit of a more sombre tone than there was last season,” said department store Forty Five Ten’s Chief Creative Officer and President Kristen Cole, adding that designers who clearly understood themselves, like The Row, stood out. “They know who they are, it’s a very succinct vision.” Cole said Gabriela Hearst also presented a strong, clear message on the runway. “Our clients in Dallas for sure are paying attention.”

Cole called out Khaite’s collection too, which also scored with Saks Fifth Avenue’s Patel. “Catherine Holstein is a star on the rise and we can’t wait to see what she does next,” she said.

3. A Win for Unconventional Formats

A cocktail party is hardly a ground-breaking idea, but these less structured opportunities for designers to meet the industry and their community of supporters were a successful alternative to the runway show or normal presentation, as demonstrated by Rosie Assoulin’s cosy event for her second label (By Any Other Name), and a cocktail party hosted by Edie Parker, the handbag label that is focusing more on home goods and cannabis paraphernalia.

Phillip Lim is another one of the runway regulars who decided to skip a show and try something else this season. He opened the doors to his Great Jones street boutique to everyone who might want to come — including the general public — and hosted what turned out to be an inviting and energising party. People filtered in and out but it was consistently packed all day, as fashion students gathered to chat about clothes and editors caught up with each other.

Lim was surprised by the turnout, and grateful for the opportunity to have deeper conversations with shoppers, friends and the press.

“I don’t think we should continue with the same equation if we want a different answer,” he said. “Let me show you direct-to-consumer, let’s take out technology and invite the consumer and open it up and make it a public affair.”

Susan Alexandra’s scrappy and timely original musical was another standout of the week because it was fun, entertaining and poignant — a rare combination at typical runway shows.

The show’s characters and narrative had all the whimsy and sense of imagination of designer Susan Korn's colourful beaded bags, and the cast communicated the dramatic yearning that New York’s emerging designers bring to this temperamental business. 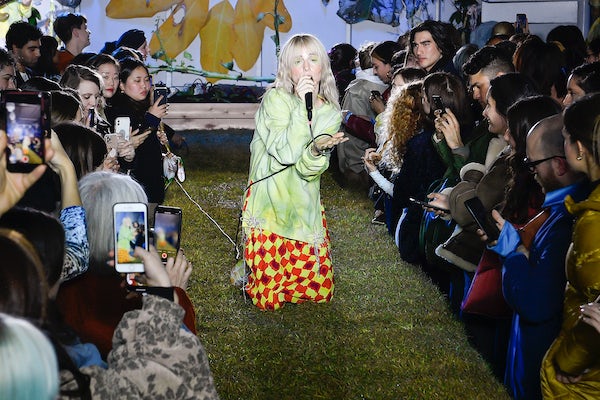 Designers have incorporated live musical performances into their shows for years, but those who can integrate the entertainment factor into the show — as opposed to live accompaniment — distinguished themselves. The best example this season might be Collina Strada, where Paramore’s Hayley Williams stormed the runway for an intimate version of her signature punk-rock performance. At Prabal Gurung, a pianist who the designer met at Washington Square Park brought a retro New York mood to the Rainbow Room.

5. New Faces in the Front Rows

In the six months since the last fashion week, Barneys New York filed for bankruptcy and Opening Ceremony announced plans to close its shops: if it wasn’t clear before, the situation is grim for New York retail.

So if a show is no longer predicated on securing that make-it-or-break-it wholesale account, designers are shifting priorities when it comes to audiences.

This season, the front row was filled even more than usual by friends and supporters who make up the core community of a designer’s audience — and are key to spreading its message every other day of the year. At LaQuan Smith, for example, champagne was flowing and the front row of creative types, many from outside the fashion industry, brought a boisterous energy. He designs his shows to echo the drama of shows from the Versace-led 1990s era.

The internet is a wacky and unpredictable place, so even though designers tried to generate loads of press with unusual venues or famous front row guests, the week’s viral moment was one no one saw coming. Bill Nye, the television personality known for his science programs, walked the runway for The Blue Jacket Fashion Show, a charity event for men’s cancer treatment. A clip of him dancing on the catwalk to Lizzo went viral on — where else — TikTok and made headlines news. 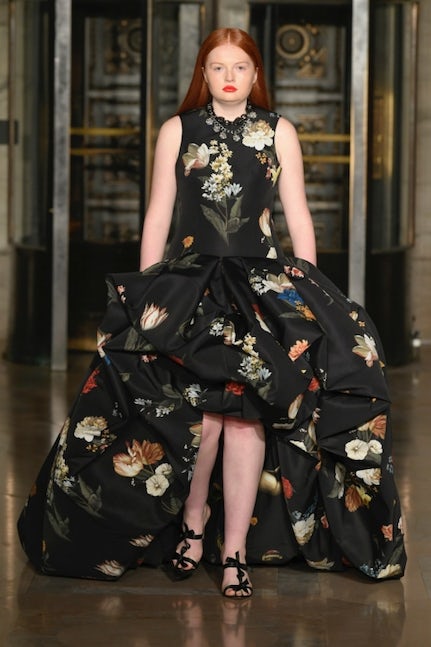 7. Red Emerges as an Early Contender for Colour of the Season

A pure, lipstick red popped up everywhere from Carolina Herrera to Eckhaus Latta and Aliétte, a show of strength for an industry undermined by change. The colour correlated with excitement and energy, said Jane Boddy, the Pantone Institute’s creative director in Europe. Red also acts as a form of escape from global news, said Boddy, as do the primary colours of greens and blues seen at Oscar de la Renta and Gabriela Hearst. “There is a sense of fun to this simple use of bold colour, which is a lot less complex than some of the colour clashing that has appeared in previous seasons,” she said.

8. Less Body Diversity on the Runway

New York is a global leader for diversity on the runway, though this season appeared to be a step backwards. Few shows cast more than one or two models who represented age or body diversity, especially among the most commercial brands, despite all the conversation in recent years about reaching consumers with inclusive marketing.

Otherwise, a few new faces stood out, particularly Tess McMillan, a plus-size model (and musician) who walked Oscar de la Renta and Prabal Gurung. Another newer face that stood out was the half-Japanese, half-French Mika Schneider, who walked for everyone from Tom Ford to Marc Jacobs.

Editor's Note: This article was updated on 13 February, 2020. A previous version of this article quoted Roopal Patel saying that Saks Fifth Avenue carries Christopher John Rogers. The department store does not stock that label.