PARIS, France — “Hysterically normal” was the electronic message that flashed behind the models during A.P.C.’s presentation for Spring 2017. For once in his company’s 30-year existence, Jean Touitou was in the fashion vanguard. The men’s collections for Autumn/Winter 2017 just finished in Europe elevated the normal, the real — almost hysterically so — in the face of a world which increasingly seems neither. And, even though his press release for the collection marking A.P.C.’s three decades in business expressed his “sincere disdain for the use of a brand’s anniversary as a business tool,” Touitou allowed himself a flicker of pride. If there was a secret to his success, he considered that it might be this: sometimes boring, always relevant.

The “boring” bit has often been picked on by critics, the “relevance” sometimes missed. “People want to call it fashion when there’s a story to tell but I’m not telling any story,” said Touitou at a party celebrating the new men’s collection and the birthday at A.P.C.’s Rue Royale flagship. But that’s not true. He’s always been telling a story. It’s his own, of course, and it’s a good one.

Touitou doesn’t care about the critical perception that A.P.C. isn’t fashion. “I’ve felt fashion in my veins since I was 14,” he insisted, which is how he got caught up in radical student politics in his teens. He liked the look of the organiser. Then he followed the well-beaten path of a lot of guys his age (he’s in his mid-60s now), finding his style in the beats, Dylan, the Velvet Underground, Max’s Kansas City, CBGB’s, the perennially cool rocker look of a black leather jacket, drainpipes and shades. That was the anti-excess essence that infused A.P.C. (Atelier de Production et de Création) from its beginnings in 1987. 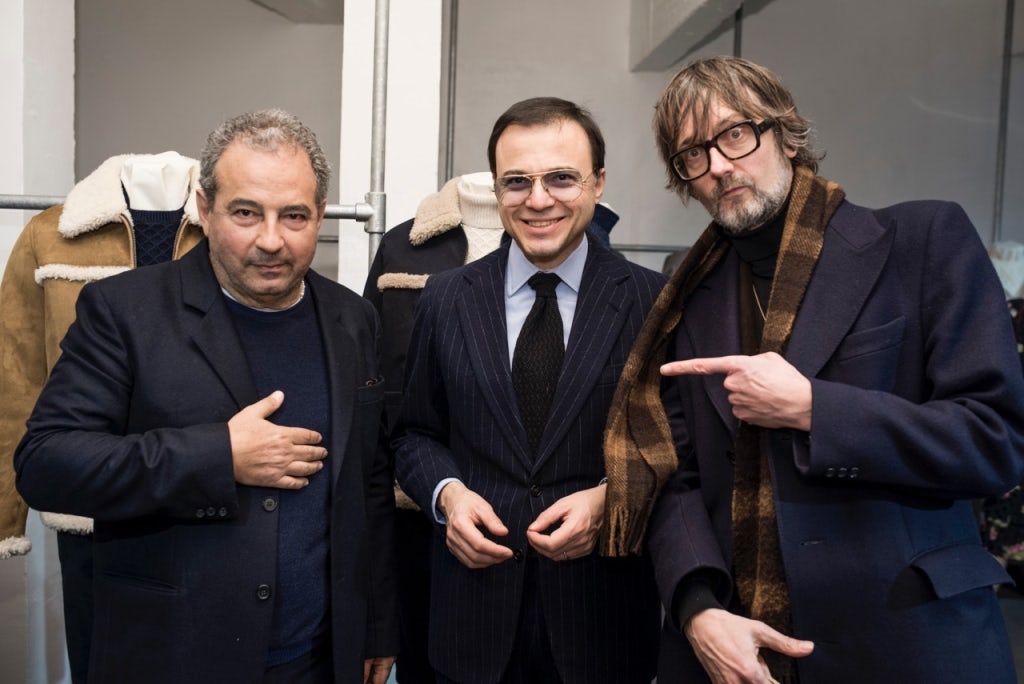 Touitou was honouring those roots at his party. A capsule range called Hiver 1987 revisited his early collections. The high-waisted raw denim selvage jeans were A.P.C.’s original hero product. “I knew nothing about jeans,” Touitou recalled. “There were a few stitches we did totally wrong.” A list of cryptic initials embroidered an indigo cotton shirt: Touitou’s heroes, including WB (William Blake), CB (Chuck Berry), SB (Samuel Beckett) and CJ (Cyril Jordan, the guitarist for cult garage band the Flamin’ Groovies ). He’d recently had to delete LC (Le Corbusier) when the architect’s wartime Fascist tendencies came to light. LC’s replacement was KW, Touitou famously being one of Kanye’s consiglieres during his foray into fashion. Also initialed on the shirt, JB for Joseph Beuys, the artist Touitou calls his god. In Hiver 87, there was one of the straightforward oxford coats that echoed Beuys’ own utilitarian style.

It was that same unfussy directness that helped make a cult of A.P.C. for knowing boys and girls in the late 80s and early 90s, before the likes of Helmut Lang exalted the aesthetic. “I hope I’m still a cult label,” Touitou observed drolly. “I’m paying a lot not to be huge, I could do one zero more but I refuse it.” He emphasises that it’s not so much a perverse resistance of success as it is a worry about losing control if the business expands too much. “It’s a model a lot of people don’t understand.” Although, the 67 APC boutiques scattered across the globe, from Antwerp to Sydney, are surely some kind of aid to comprehension.

I saw a lot of beautiful things in Milan this season, but all together, I got some kind of overdose, like someone was cooking with all the spices. And that’s exactly how I felt 30 years ago.

But the industry has changed so much in the last 30 years that even Touitou, with his tight grip on the reins of his brand, has to acknowledge new realities. “Before, I had more freedom. I could do really radical pieces, like a coat Joseph Beuys might have worn. Now it’s a fact that even if I keep it small, I still have a sales department saying, ‘We love you, Jean, but you can’t do that.’ And I have 300 people on the payroll to think about. But they let me do this.” Touitou held up a raw leather bag, part of the 14-look men’s collection he was showing for Autumn/Winter 2017.

In the past, Touitou would talk through his collections in small presentations. This season, there were no models. “They tell too much of a story,” he rationalised. “I prefer to be unnoticeable… unnoticeable but eventually remarkable.” In that sense, he’d gone back to the beginning with his new collection. “I saw a lot of beautiful things in Milan this season, but all together, I got some kind of overdose, like someone who was cooking with all the spices and tasting all the wines. And that’s exactly how I felt 30 years ago.” 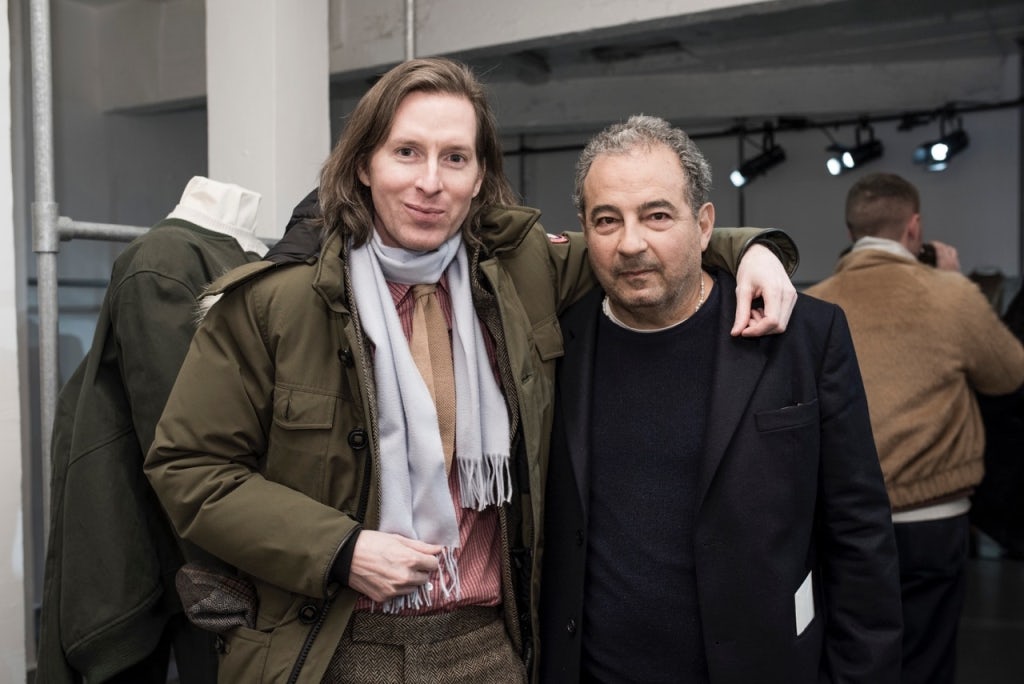 So Touitou’s latest menswear followed on from everything else he’d ever shown. (As a reminder, a few decades’ worth of past collections, artfully organised by colour rather than chronology, hung in an adjoining room.) Tweed coats and jackets, ski sweater and matching scarf, the classic oxford coat, a bomber, a shearling…and the pieces de resistance, denims bleached white, a bit raw, a bit Midnight Cowboy. One reviewer, famous for his barbs, was stumped. “I can’t find anything to write about,” he moaned. I asked Touitou what he’d say to someone like that. “That’s a tough question,” he answered. “We’re not loud, we’re consistent. And we continue.”

Balance that with Touitou’s hankering for invisibility. He compared himself to an old tailor, always refining his proposals. “You cannot notice the differences, but they’re there,” he said. “When you do a print, the business people will say you have a budget for six silkscreens and you tell them, ‘I’m sorry I’m going to do nine because I want three shades of gray’. You don’t see them, but it makes the print more beautiful.”

Why A.P.C. Invested in Outdoor Voices

Jean Touitou of A.P.C. Says Be Cautious, Expect the Worst and Be Ready to Die