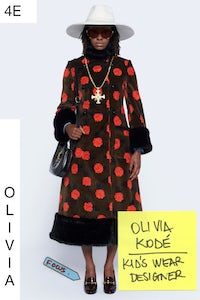 LONDON, United Kingdom — Over the past few weeks, as fashion has stepped onto the digital stage, one point has been made with blistering clarity. Nothing succeeds like the human touch. People like looking at other people, especially when they’re engaged in a profession as veiled in ego, mystery and deliberate mythification as fashion design.

Whether it was Véronique Nichanian’s seamless one-take “backstage” at Hermès, or John Galliano’s dazzling dissection of his creative process at Maison Margiela or Amoako Boafo talking about his collaboration with Kim Jones at Dior Men, it was human beings who kept me focused on the screen. On Friday, Alessandro Michele created the biggest fishbowl of them all when he turned the presentation of what he had already announced would be Gucci’s last resort collection into a 12-hour livestream of a campaign shoot.

Inserted in the midst of the digital flow was a 25-minute chapter called Epilogue, which Michele called the final act of the three-part fairytale he set in motion with the Autumn/Winter presentation in Milan last February. That inside-out production revealed the backstage mechanics of a fashion show, all the hair, makeup and dressing coming together on a slowly revolving carousel.

Act II was the campaign for that collection, photographed by the models themselves in the isolation of lockdown. No superstar photographer or stylist or beauty team, just boys and girls alone in their rooms. Fashion with the mask off, its fundamental rituals stripped and interrogated. And now, the third act… “We pulled out the entrails of fashion once again,” Michele said.

I wouldn’t have described Friday’s marathon quite like that, but if you sat through the whole 12 hours, you probably felt you’d been subjected to something unusually forensic for fashion. It was like surveillance footage, without the implied threat. In our WhatsApp talk the other day, Michele claimed that Epilogue was not just the end of his three-act fairytale, but also the capstone of almost six years of work as Gucci’s creative director. And he’d realized this last chapter was the culmination of an investigation for him. “My question is this: why do we work in fashion?”

A year or so ago, Michele gave me the impression that he was maybe a little bored with fashion. He was missing something, the element of surprise perhaps. He described his life as “a bullet”, aimed relentlessly in one direction – his work. “And why do we need that?”, he asked, a little plaintively. But the massive challenge posed by the pandemic has energised him. He claimed he’d tapped into inner resources he didn’t even know he had. The “why?” has taken on a more consolingly open-ended form. “I understood now that I was investigating to get to a conclusion, but I can’t because there is no conclusion.”

Fairytales have always been important to Michele. “They’re the only stories I love, because you can be really sincere. If you want to let someone die at the end, you can do it. It’s not a Hollywood movie. It’s something that comes with a lesson, like COVID is a lesson for humanity.” His favourite fairytale is Sleeping Beauty. For him, fashion has been like Sleeping Beauty. We’ve all been under a spell, which COVID has broken. “Fashion has a new chance to speak with the outside,” said Michele. “No longer a sleeping princess, no longer on set where Linda and Christy were living the most beautiful fairytale.”

La Evangelista was clearly on his mind, as an icon of fashion at its most defiantly fabulous. Post-COVID, the defiance has mutated. “Fashion is now a teenager walking in the subway, she’s scared but she’s looking outside at real life,” Michele mused. “I think how it could now be hard for us to be in front of a slick image of Linda. When I was 25, that was fashion and it was enough. Maybe now it will change, like the big moment of neorealism after the Second World War, when people wanted to see real stories.”

Epilogue offered those “real stories” in the form of a digital record of the campaign shoot. The “models” were members of Michele’s design team, some of them wearing the mens- and womenswear they had been responsible for, others working in fabric research, kidswear, shoe design, every corner of the studio. So, in a way, they had on their own clothes. That direct connection was what Michele had in mind when he talked about “sharing more and more what we were looking at”.

The actual Epilogue itself distilled the activity into 76 looks/details/videos marked up with post-its, like they would be on a backstage run of show. Again, the detail was quite forensic. If you’ve ever complained about not being able to see the clothes properly in one of Gucci’s live extravaganzas, here was your makegood. It felt like a digital scrapbook with its mix of images and teletype and voiceover. In one of those, Alec Soth, the photographer who was documenting the collection in the latest in Gucci’s series of very collectible collaborations, referred to “the energy of contradiction, which brings new life”.

There is no contradiction more overt in Michele’s work than the contrast between cartoon and couture. Here, it was manifest in the Disney collaboration (Donald Duck looked good on a back of a khaki field jacket), and the quotes from the work of fashion cult Ken Scott, whose flair for colour, pattern and florals resonated throughout the collection. An ensemble of diagonal candy stripes was so evocative of Scott’s heyday dressing 60s jetsetters that, in current circumstances, it was almost poignant.

Actually, you could psych yourself into other tugs at the old heartstrings if you chose to project pride onto the people in the photos. They were celebrating something they had a hand in, and, as they stood, somewhat bashfully, in their ladled-on Gucci outfits, they looked like all the everyday heroes whose unsung contributions to keeping ordinary life ticking over have finally been recognised throughout this crisis.

Honesty, humility, reality…these are the words I’ve heard most as designers reckon with a new world. “It’s like I’m saying ‘Fashion is powerful, it’s you and it’s me’,” Michele agreed. “It’s no more ‘I’m the elite’. In this moment of change, it’s finding a new way to be together. And when I’m doing something that’s not really me, it’s like lying to myself and other people.”

The way forward for him is more investigation, more experiment. “What I did was not enough,” Michele said. What would he like to happen? “Something unexpected. I had something in my mind but I hope to change my mind. Like I can smell something, hear something, but I can’t see it.”

He’s been learning to play the guitar. “I’m trying to protect the kid inside, feeling him more than before.” And Michele admitted to a new obsession: farmyard animals, chickens and little goats. “I’m very urban but I can see myself in the countryside. I’m trying to find new spaces.” At the end of our conversation, he said he felt freer than ever, “like I saw a door I didn’t see before.” Of course he’d already stepped through it, but he wouldn’t tell me what he found on the other side.

The images in this review, courtesy of Gucci, are not the full Gucci Spring/Summer 2021 collection. 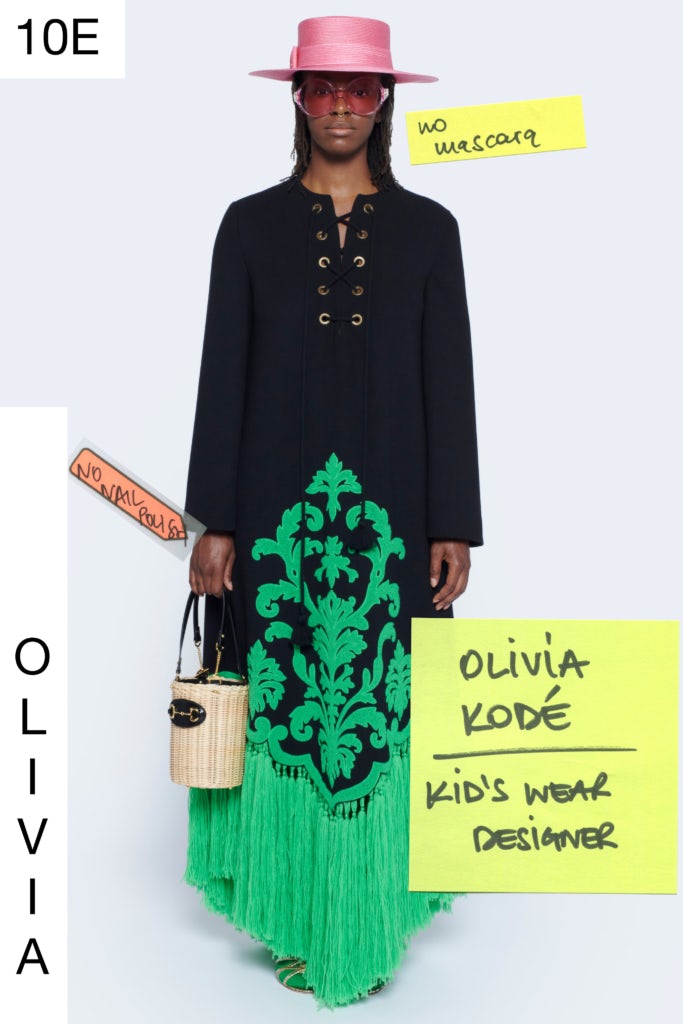 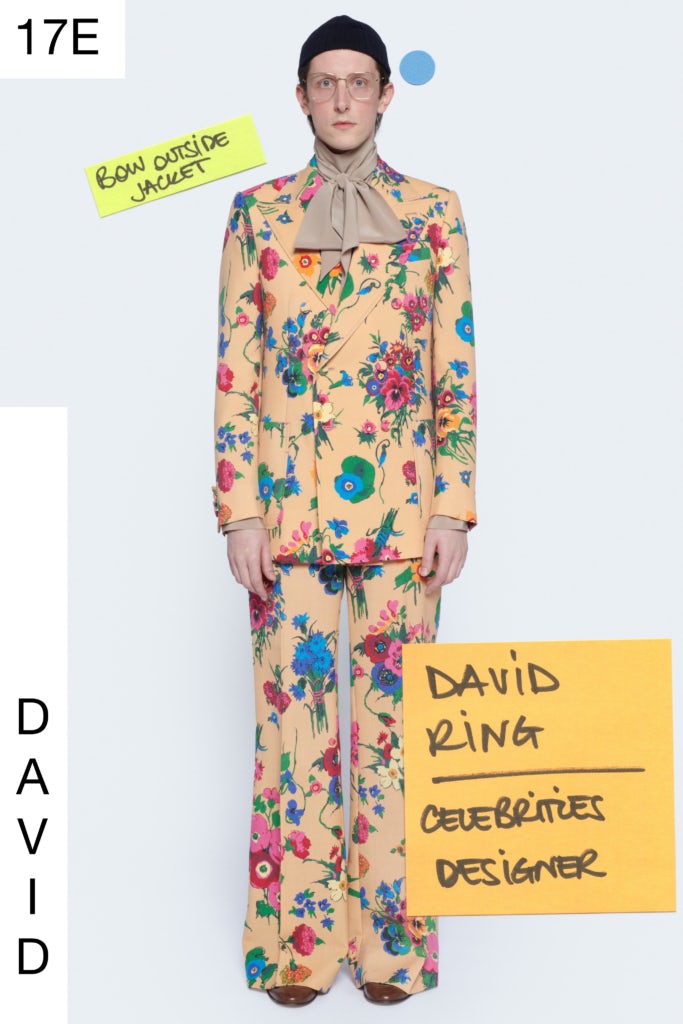 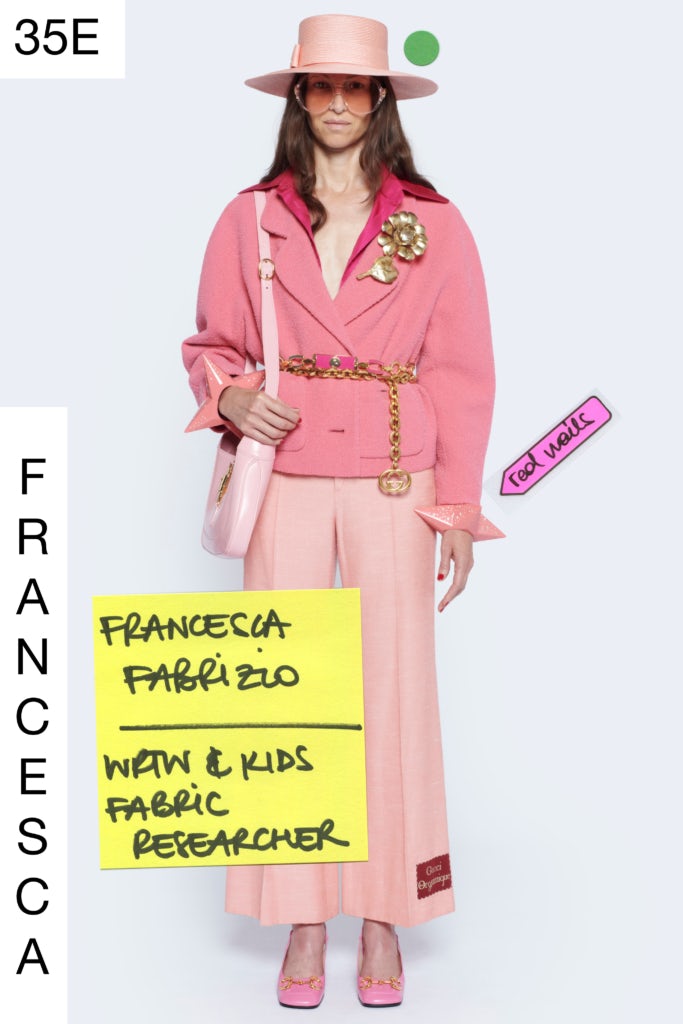 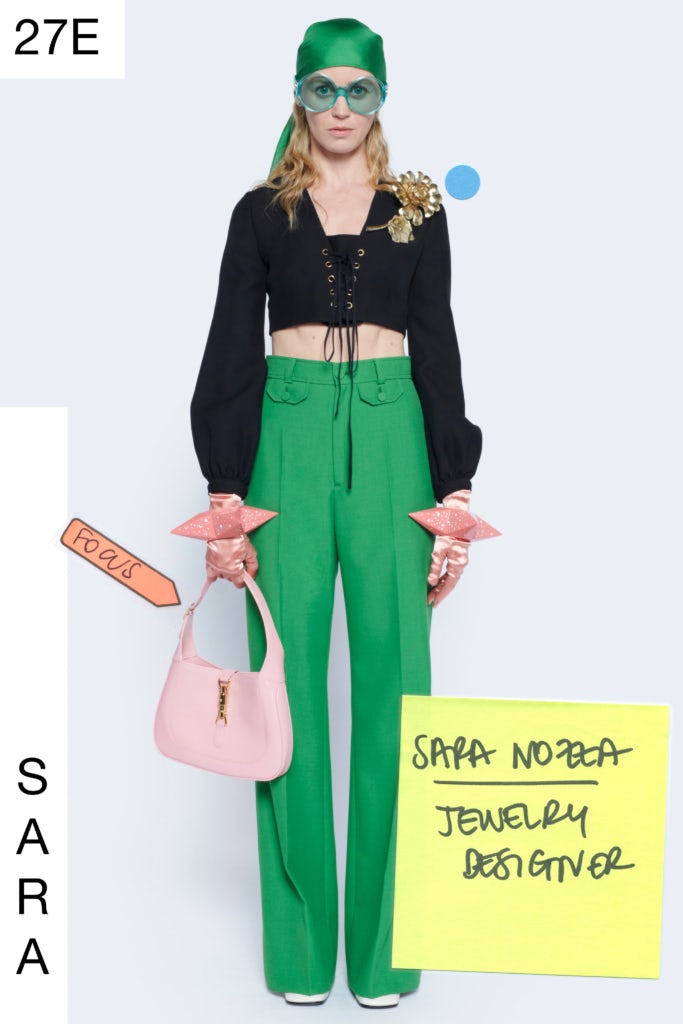 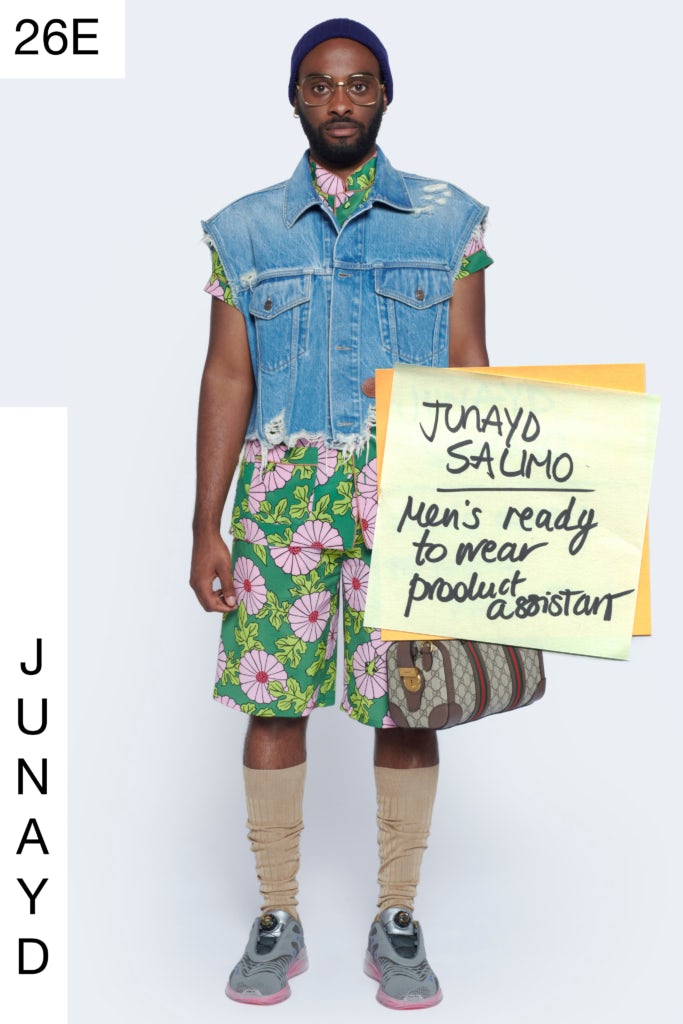