PARIS, France — The Belgian businesswoman who backed the rise of both Ann Demeulemeester and Haider Ackermann has taken on a new challenge: rebooting Paul Poiret, one of the 20th century’s first notable fashion houses, which fell into obscurity almost a century ago. “Ann was my first journey. Haider was the second journey and Poiret is my third,” said Chapelle, who has taken on the role of chief executive at the French brand.

At its height, Poiret was the most powerful couture house in Paris. But today’s consumers have little awareness of the brand, making the relaunch challenging. Previous attempts to re-launch storied labels like Charles Frederick Worth, considered by some to be “the father of haute couture,” and Vionnet, which revolutionised couture with bias-cutting in the 1930s, have fallen flat. But Chappelle is undeterred.

“It’s like reading a book to the new generation,” she said. Chapelle is betting that social media and digital marketing will enable her to resurrect and pass on the brand’s unique story. “You read a book and you try to transmit information to a new generation, which is actually the only thing we’re trying to do. We’re not magicians, we’re just trying to tell a beautiful story and make it relevant today.” 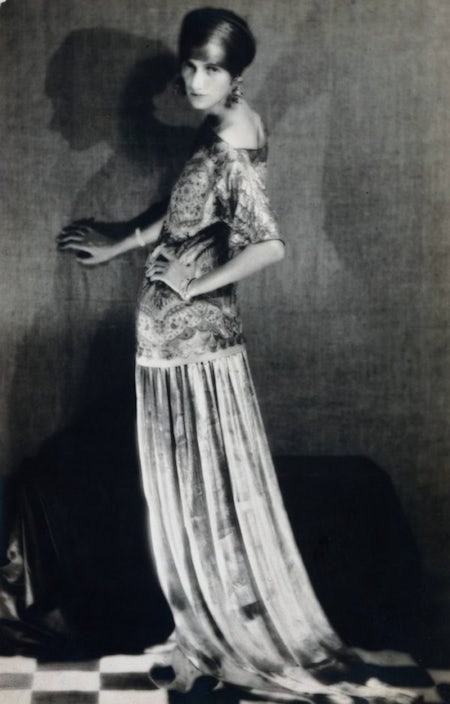 Chapelle will certainly bring her track record at Ackermann and Demeulemeester to the table. “I think they asked me just for this reason, not to make something anonymous out of it, but something with a soul, something to find back the roots and the strength and the beauty,” she explained, adding that her biggest appreciation is that she has been given time to plan the re-launch. “I didn’t need to revive this brand in six months. I had two years.”

“Starting a third time with a youngster, I don’t know if I would do that today with my own risk, because that is what I did with Ann and Haider. Here, it is a big corporate entity — and one with big values and wonderful ideology on creativity — that I wanted to do it for.”

The relaunch is being financed by Chung Yoo-Kyung, the wealthy granddaughter of the founder of South Korea’s Samsung conglomerate, Lee Byung-Chul. As president of her family’s luxury department store Shinsegae, Yoo-Kyung has been responsible for bringing several major luxury brands to South Korea, including Givenchy, Dries Van Noten, Céline and Moncler. Shinsegae was formerly a part of Samsung but the business was spun off in the late 1990s when Yoo-Kyung joined the company. It now operates independently and since 2001, the retail group has also bought up real estate in Seoul’s upscale Cheongdam-dong district (in her and her mother's name) and secured the rights to the many Western luxury brands that have opened stores there in the past few years.

The Poiret revival is the first time Shinsegae is rebooting a heritage brand. The company bought the rights to Poiret from Luxembourg-based Luvanis, Arnaud de Lummen’s firm, which is known for trading in the intellectual property and trademark rights of so-called “sleeping beauty” brands and was involved with the revivals of both Moynat and Vionnet.

The designer Chapelle has chosen to resuscitate Poiret is the Paris-based Chinese couturier Yiqing Yin, who won the Grand Prize of Creation from the City of Paris in 2010 and an Andam Prize for First Collections in 2011. While Yin’s Paris-based label is known for its intricate work on pleats, interwoven fabrics and sculptural volumes, Chapelle says the new Poiret will be mainly ready-to-wear, with a side offering of shoes, handbags and small leather goods — with a view to launch fragrance and beauty in the future.

It’s like reading a book to the new generation … We’re not magicians, we’re just trying to tell a beautiful story and make it relevant today.

Paul Poiret, who set up his own couture house in 1903, was widely credited with freeing women from corsets and advocating a more natural, uncorseted (though sometimes lightly boned) line, attracting influential clients such as Lillie Langtry, Sarah Bernhardt, Isadora Duncan and Nancy Cunard. In 1910, Léon Bakst’s orientalist designs for the ballet “Scheherazade” premiered in Paris and Poiret was hugely inspired, embracing the discordant colour combinations, theatricality and exotic exuberance.

However, the Great War did more to liberate women and when Poiret returned from the front in 1918, he found the world to be a changed place and his fantastical exoticism struggled to find a place among the modernism of the 1920s. Poiret was forced to close his fashion house amid the stock market crash of 1929 as couture clients looked to more streamlined and modernist designs by the likes of Chanel, Jeanne Lanvin and Schiaparelli. Indeed, when Poiret asked Gabrielle ‘Coco’ Chanel in the nascent stages of her career why she was always dressed in black and white, she answered sharply, “Because I am your funeral.” 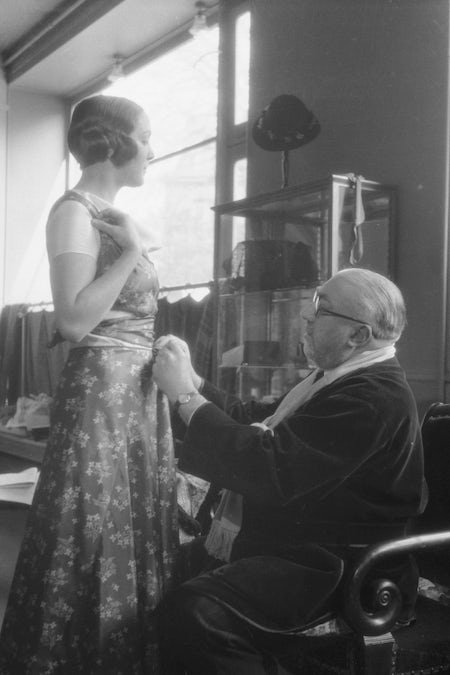 But despite Poiret’s fate, his company is remembered for its pioneering business decisions. For one, Poiret was the first couturier to launch a commercial fragrance, named after his daughter Rosine, a decade before Coco Chanel introduced Chanel No. 5. Indeed, Chapelle says that she is inspired by Poiret’s business heritage as much as its sartorial archives.

Before investing in Ann Demeulemeester in 1994, Chapelle worked in pharmaceuticals. She knew Demeulemeester as their children were at school together, and Demeulemeester approached her for support by arriving at her house to talk it over. “I was a woman wearing a Chanel suit and pants and I had long nails and my hair was done every week by the hairdresser — a very stereotypical business woman,” Chapelle says of herself before meeting Demeulemeester. “I came to that [fashion] house and I saw how much love is in a millimetre of a shoulder, you can hardly believe that people are still working like that.”

Under her stewardship, Ann Demeulemeester and Haider Ackermann, which Chapelle invested in in 2005, grew into substantial global businesses with strong ready-to-wear businesses as part of her BVBA32 company. The two brands are separate, but Chapelle’s company now has more than a hundred employees and annual turnover of more than $35 million.

But as the investor and director of two of fashion’s most admired independent houses, Chapelle is not convinced that the same kind of businesses can be built today. “Honestly, it’s more and more difficult. The problem is not if there is anyone capable [because] I think there are youngsters who are capable,” she says. “The most important thing is the financials [as they] are so difficult to maintain that people don’t understand how much money is required to make collections, in advance, before you get your money from the customer.”

Poiret’s retail strategy remains to be confirmed, though physical stores are on the agenda. The brand will relaunch with a show during the upcoming Paris Fashion Week on March 4 at the 13:00. The slot was previously occupied by Céline, a prime example of a knock-out brand reboot and perhaps a good omen.