At Fashion Week, Signs of Stalled Progress on Diversity

Some Black creatives say they’re worried the industry is already moving on from its recent focus on racial injustice, leaving them to carry the load.

At Fashion Week, Signs of Stalled Progress on Diversity

Some Black creatives say they’re worried the industry is already moving on from its recent focus on racial injustice, leaving them to carry the load.

When Kasha Reavis and John Bell, co-founders of womenswear brand Bohn Jsell, were preparing for their sixth New York Fashion Week showing, they had a precise vision for the kind of model who would embody their African savannah theme.

She would be Black or Latinx, have a curvy figure and thick, textured hair that lent itself to a larger-than-life, brushed out curly afro reminiscent of Diana Ross in the early ‘90s. But, more than a year after hundreds of fashion companies and leaders called for an end to systemic racism and made financial and other commitments to help fight injustice and level the playing field for minorities, not much appeared to have changed when it came to casting.

“I went to the casting and spoke to production and I said ‘we would like to have as many Black models as possible,’” said Reavis, who co-founded the brand with Bell in 2016. “We wanted white models to be a last resort because the concept was inspired by the different attributes of Black women.”

Despite assurances from the casting company that they understood Reavis and Bells’ vision for a “metaphorical representation of visibility for women of colour,” when it was time for the show on Sunday, Sept. 12, the duo ended up sending just as many white models down the runway as Black ones. And, because the production company wasn’t able to book a complete team of Black makeup artists and hairstylists — some of the issues stemmed from challenges with Covid testing and vaccine mandates — on the day of the show Reavis found herself anxiously fussing with models’ hair to create the curly ‘fro she envisioned. 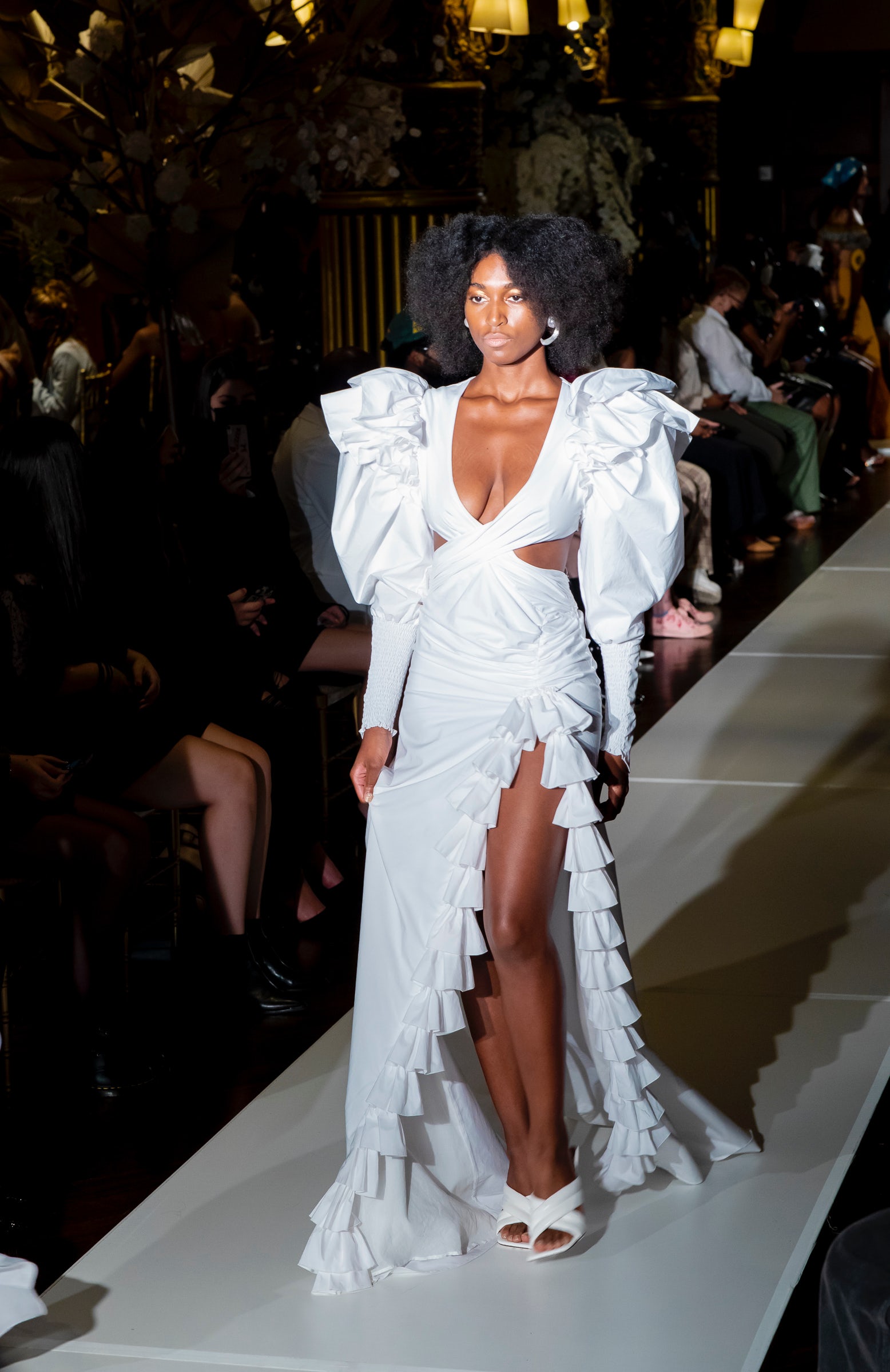 “I think there is still a pressure on Black designers to keep up with diversity — and I don’t feel like that pressure should be on us,” she said.

Reavis’ frustrations are evidence of the ongoing and complicated challenges in building a more equitable and inclusive fashion industry. Even as Black designers say they have more chances for their work to appear in high-profile settings like fashion week, they still lack many of the tools they need to take full advantage of the opportunity.

Racial diversity among models at NYFW in February 2021 was already shrinking compared with September 2020 when momentum around racial equity was still high, according to The Fashion Spot’s diversity report. The group found 50.7 percent models of colour at NYFW Fall 2021, down from 57.1 percent for Spring 2021.

This industry does not like things that are uncomfortable, so I’m not surprised that they’re ready to move on.

Magazines have published dozens of “Buy Black” lists, hundreds of companies have made diversity commitments and more Black brands are showing up on retail shelves. But many Black founders say those efforts were meant to be a starting point in a long journey to a more inclusive industry — not the end goal.

“This industry does not like things that are uncomfortable, so I’m not surprised that they’re ready to move on,” said Brandice Daniel, founder and chief executive of Harlem’s Fashion Row (HFR), which hosted its 14th Annual Fashion Show and Style Awards on Sept. 7. “But fashion needs to sit in this. It’s not time for us to move on. We’ve done that before and nothing has significantly changed. There have been commitments that have been made but we’re not sure if those commitments have been followed through.”

Marrisa Wilson, founder of women’s apparel brand Marrisa Wilson NY, made her NYFW debut in February at the Black in Fashion Council’s showroom and showed again last week alongside 12 other emerging Black designers.

While she sees some momentum building for her business with each showing — mostly in visibility among fashion editors — she believes fashion’s overall excitement around diversity is waning in tandem with the uptick in high-profile brands getting back into NYFW as well as more in-person events.

“Even during [New York Fashion Week] in February, diversity and inclusion felt like ‘pink for fall’ … it was trendy and buzzy,” she said.

“For me, it’s about what does [the industry] reimagined look like?” Cincik said. “And how can we do that? We need to hear about the future opportunities … We already know you will make more money if you’re more inclusive, we need to challenge why businesses aren’t actually doing that.”

A deceleration in appetite for meaningfully supporting Black designers in fashion would be detrimental to scores of emerging brands that are just on the cusp of breaking through. For founders like Reavis, showing at NYFW alone is proof that their brands have already cleared tremendous hurdles. The next step is walking away with new business accounts and greater brand visibility. 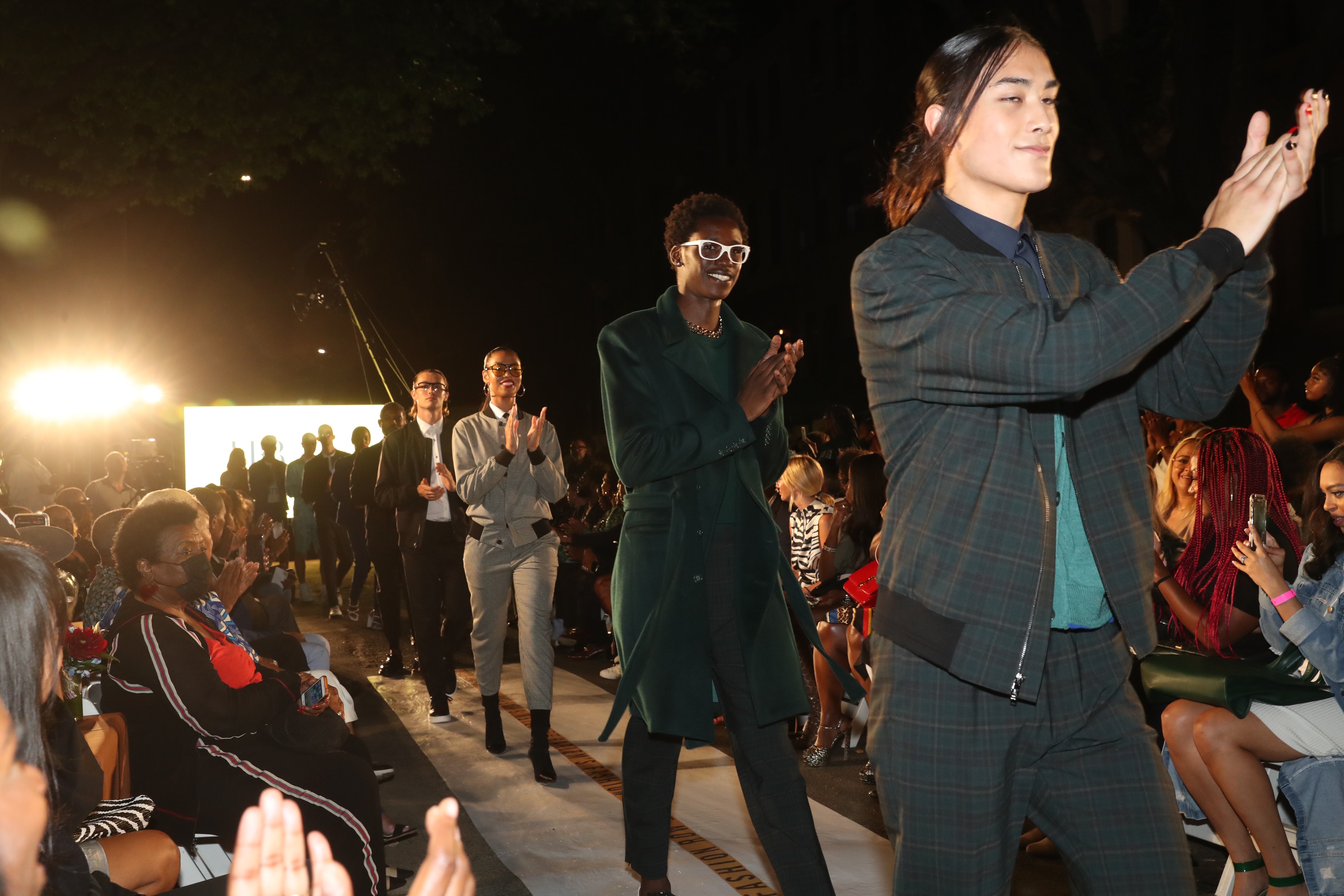 But even after an outpouring of praise across social media and in publications like Vogue, Pean said he’s received just one phone call from a department store interested in picking up his collection. Hayden had not heard from any buyers in the week since showing — although it could be too early to tell.

“I’m grateful for that one department store but [I wonder about the others] that say ‘we love this collection’ but don’t follow up and say, ‘how do we get in touch with you or how can we dig deeper into your collection ... to make sure you’re represented in our store?’” Pean said. “Is [this just] conversation or is it real?”

Even when emerging Black designers land those major wholesale accounts, many are concerned about whether they will have the resources necessary to make the most of it.

“It’s not just opening those wholesale accounts [but it’s] scaling it in a way that is healthy for both sides,” said Wilson.

Daniel said it’s too soon to say how much of an impact the DEI efforts introduced over the last year have actually had. She’s cautious not to disregard seemingly small signs of progress, including having multiple retail buyers attend the HFR show this year — something that has not happened in the 14 years since the event was established. Kevan Hall, womenswear designer and president of the Black Design Collective, believes “a lot of the pledges that were made were not lived up to” but he’s also holding onto signs of progress like the Collective’s new partnerships with Saks Fifth Avenue and Saks Off Fifth.

“I’d like to see designers of colour be able to tap into funding and resources to begin to build our own heritage of brands and strong, legacy businesses,” Hall said. “But that [requires] support on so many different levels … there’s so many layers to what actually makes a successful brand.”

Many Black creatives continue to feel that most of the work of driving meaningful diversity, equity and inclusion change falls on them.

“I feel like we all feel like we have to be at the forefront of this and that at the moment that we slow down then everyone else will slow down,” said Daniel.

The Road Ahead for Black Designers

Why Some Black Founders Are Uneasy About Fashion’s Diversity Initiatives