In today's News Bites, Hanya Yanagihara is named editor of T: The New York Times Magazine while Stuart Emmrich will leave the paper's Styles section, and Gucci will show its Cruise collection at Florence's Pitti Palace. 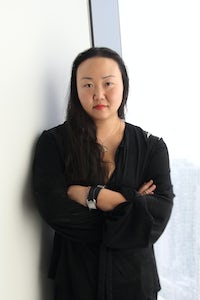 In today's News Bites, Hanya Yanagihara is named editor of T: The New York Times Magazine while Stuart Emmrich will leave the paper's Styles section, and Gucci will show its Cruise collection at Florence's Pitti Palace.

Hanya Yanagihara is the new editor of T: The New York Times Magazine

After four months of speculation as to who would replace Deborah Needleman as editor of the New York Times’s luxury style supplement — would it be a fashion insider like Ariel Foxman? A promotion from within? — the paper has made an unconventional choice in novelist Hanya Yanagihara.

The critically-acclaimed author left the magazine in April 2016 after serving as deputy editor. She has published two books: “The People in the Trees” in 2013, and the best-selling “A Little Life” in 2015. The latter made the shortlist for the Man Booker Prize for Fiction and was a finalist for the National Book Award for Fiction.

Sources within the magazine suggest that the choice of Yanagihara was a welcome one, as she is well-respected and well-liked by the staff.

“Hanya is not only an ambitious editor, but a dynamic author who commanded the literary world with her vibrant second novel ‘A Little Life,’” said New York Times executive editor Dean Baquet in a statement. “Given her creativity and breadth of experience, Hanya will elevate T’s distinct and provocative storytelling to a level that explores global culture and enriches each part of the T experience, in print and digitally.”

“Given her intellectual and aesthetic boldness, T will remain the destination for brands that want to be aligned with the most unique and defining coverage of style and culture in the world,” said publisher Elizabeth Webbe Lunny.

During her tenure at the magazine, Needleman oversaw an expansion in editorial coverage beyond fashion and design into a general-interest with a luxury perspective. The magazine is now published 11 times per year and is one of several profitable print titles operating within newspapers. — Chantal Fernandez

The CEO of RPRT, owner of Jed Root, answers accusations of unpaid debt and mismanagement following decision to close the artist management agency.

News that Jed Root Inc was closing after 28 years in business was muddied by internal reports of unpaid debts and mismanagement by RPRT, the Swiss investment firm which acquired the namesake agency from Root in June 2015.

Now Oliver Fiechter, CEO of RPRT, has described a "tense liquidity situation" that was "a fight against time" as the reason the artist management agency was ultimately shuttered. "It's my responsibility to protect all talents, vendors and the RPRT investors too," he told BoF.

Fiechter explained that RPRT acquired Jed Root Inc based on positive numbers with a good EBITDA. "But these numbers were generated on cash basis and not accrual-based accounting principles," he said. "We had to face... an accumulated loss of over $6.5 million, plus $2 million write-offs of inter-company account receivables. In fact, Jed Root Inc. was bankrupt already... Cleaning up such big legacies while financing a top and bottom line growth was finally too ambitious."

Fiechter is facing fierce criticism, however. According to Root, the entire board of directors of RPRT resigned over the actions of Fiechter, leaving him the sole remaining board member. According to Fiechter, however, the board of directors resigned the day before closing Jed Root. "It's obvious that they don't want to take responsibility for their own decisions," he said. "I was president of the board without a casting vote. All decisions were made by all members."

Speaking of Friday's events in an exclusive interview with BoF on Sunday, Root said: "I received a one line email from Oliver [Fiechter] at 1pm on Friday instructing me to dismiss all of the employees of Jed Root Inc." Root says that he reminded Fiechter that he too was an employee of the company, and Fiechter informed him that he was also being fired.

Says Fiechter: "The final order to execute was done by email, right. But my direct reports — the local directors — were totally free to decide how they wanted to implement that decision."

Scores of artists and agents around the world said they were struggling to secure unpaid fees and salaries. "It's our intention to reimburse all employees, artists and vendors," Fiechter said. "We still don't have a clear picture about the relation between assets and liabilities, but I am optimistic that we will be able to pay all debts."

On the future of Jed Root Inc's outposts outside of the US, Fiechter said: "London will get closed. Paris is still open question." — Tamara Abraham

Editor's Note: This post was updated on 5th April 2017 to reflect Oliver Fiechter's comment on the resignation of the board at RPRT.

Stuart Emmrich took to Twitter Tuesday to announce that after seven years at the helm of the New York Times’ fashion-focused lifestyle section, he is stepping down.

“Stuart Emmrich has elevated our fashion coverage, proven himself to be a great talent scout, and created the first new print section in The Times in almost a decade,” said executive editor Dean Baquet and managing editor Joseph Kahn in a staff memo, referring to the men’s style section launched in 2015.

Emmrich told BoF he will move into “some sort of writing/editing hybrid position at the paper” once a successor is found, and will remain in his role until then.

“From the first cover story he assigned in April 2010… Stuart sent the signal that his Styles would be broad, embracing social issues, politics, culture and business, while also building on its core strength of fashion and lifestyle stories,” wrote Baquet and Kahn. “Stuart and his team have enhanced a franchise that is critical to The Times in so many ways, and we’re deeply grateful to him for his leadership.”

The editors underscored the Times’ commitment to its style coverage, while looking towards its next chapter: “The print Styles sections are among the most vibrant parts of the paper. But every changing of the guard is an opportunity to think hard about the future. Besides affirming our dominance of fashion coverage, we would like to use this search as a chance to imagine new lines of lifestyle coverage, and to inject new urgency and newsiness into our features report. We also intend to ensure that Styles, like the rest of the newsroom, focuses mainly on the potential for growth and deeper engagement of our digital audience.”

Prior to taking the lead at Styles in 2009, Emmrich spent 11 years at the Times as the editor of the Travel and, prior to that, the Escapes section. — Chantal Fernandez

Gucci is to host its Cruise 2018 show at Florence's Pitti Palace.

The show, to take place on May 29, will be the first to be held in the Renaissance palace's Palatina Gallery, a location that reflects Gucci's Florentine roots. It follow's last year's Cruise show at Westminster Abbey in London and the year prior, in New York's Chelsea. 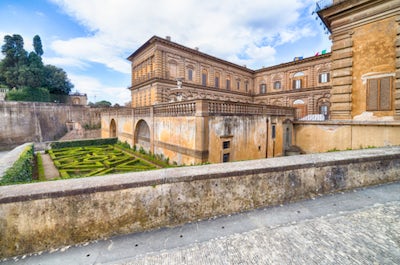 Gucci also announced that it would donate €2 million to fund a cultural project with the Uffizi Gallery and the City of Florence to restore and improve the Pitti Palace's famed Boboli Gardens over the next three years.

"This collaboration represents a wonderful opportunity to celebrate and sustain Florence's cultural splendour," said Gucci CEO Marco Bizzarri in a statement. "Gucci is a global brand with strong roots in Florence. The success we have achieved in recent years through the vision of our creative director, Alessandro Michele, is reliant upon the skills, spirit of innovation, passion and abilities of the craftspeople and everyone else who works for the brand in Florence and the surrounding area."

Eike Schmidt, director of the Uffizi Gallery, said that the project "literally will give new life to the gardens and make them once again Italy’s answer to Versailles.” — Limei Hoang 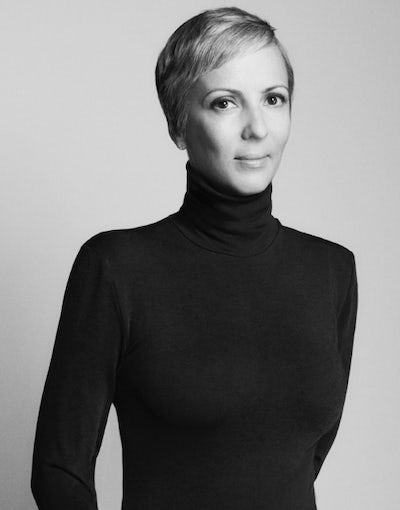 Curtis, who formerly held the role of fashion director at the magazine, succeeds Lorraine Candy, who left the title in November to join British newspaper The Sunday Times as luxury content editor and editor-in-chief of its Style magazine. Lotte Jeffs, Elle UK's former deputy editor was appointed acting editor in the interim.

“I am truly honoured to be taking the helm of such an incredible brand at such an exciting time in media,” said Curtis, who has spent 12 years at the magazine. “This is my dream job and I am thrilled to have the opportunity to take Elle to new creative and editorial heights.”

“Fashion is at the heart of the Elle DNA and what our audience loves most about the brand," she told BoF. "As editor-in-chief, I want to bring that to the fore even more and celebrate it, and continue to showcase the intelligent voice and spirit of individuality that has always defined the Elle woman.”

Elle UK, which recently relaunched its magazine in July last year to focus on driving sales with a millennial audience as well as partnerships with key advertisers, has a circulation of around 168,741 readers and 1.5 million digital users, and a combined social reach of 7.3 million.

Curtis’s intimate knowledge and understanding of the Elle DNA and the spirit of the Elle woman enabled her to present a creative vision for the magazine and the business that was simply outstanding, said Jacqui Cave, group publishing director of Elle UK. “I'm incredibly excited to be working with her in her new role as editor-in-chief and realising both our creative and commercial ambitions for the brand.” – Limei Hoang