Back in 2012, when a dedicated men’s fashion week was launched in London, the men's fashion market was in a different place. Streetwear did not yet dominate the #menswear conversation, men's tailoring was all the rage and men’s and women’s runway shows remained, for the most part, separate affairs.

But today, the menswear market has radically changed. The market is now focused on the all-important sneaker, streetwear-style "drops" dominate the luxury conversation and the idea of delineating men’s clothes from women’s has been seriously questioned.

Indeed, gender-fluid fashion is no longer simply a concept for students to play with: it’s a part of the consumer repertoire. To wit, several major brands — Gucci, Burberry, Balenciaga, Calvin Klein, Coach, Acne Studios, Ralph Lauren and Bottega Veneta, to name a few — have taken to combining their men's and women's shows, streamlining costs and crafting more cohesive marketing messages along the way.

Meanwhile, a slew of brands have moved their men’s shows to Paris, including JW Anderson and Raf Simons. Without these marquee names, the impact of the New York and London shows is tiny when compared to men’s fashion weeks in Paris and Milan. At NYFW: Men’s held in last July, media coverage was valued at about €2 million (about $2.29 million) by data-tracking firm Launchmetrics. At LFW: Mens, it was just under €6 million ($6.8 million). Milan and Paris, comparatively, were valued at around €58 million and €49 million, respectively.

When the market landscape changes, the industry must change with it. It's time to pull the plug on men's fashion weeks in London and New York, and integrate them back into the main fashion weeks where they will get more attention and have more impact. This would give must-see collections from the likes Craig Green and Charles Jeffrey — who currently show during London's men's week — a bigger platform, while also boosting excitement around the women’s collections. And instead of adding three days to New York's women's calendar in February, creating a long and uninspiring 10-day fashion week, the men's shows should be integrated into a more tightly curated 7-day calendar that shows the best of American fashion, from both men's and women's designers.

These changes would serve editors, buyers and the wider industry to use their time and travel budgets more efficiently, and have the added bonus of some breathing room at the beginning of the year. (The London shows started on January 5 this year.)

There are also the ongoing conversations in New York and London about the timing of fashion week — and whether fashion shows even make sense anymore. Thus far, Alexander Wang's decision to move his show to December has not yet caught on with other brands, but combining the men's and women's fashion weeks would be a good start. 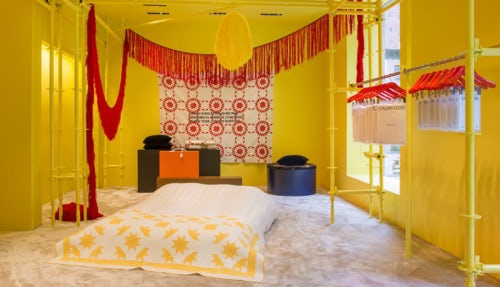 Richemont says French protests weighed on sales in Europe. In the last three months of 2018, the "yellow vest" protests in France weighed on the luxury-goods group's sales momentum, even as growth in key markets like China kept up at a healthy pace.

Chanel sets sights on luxury watchmaking. The French fashion house said that it aimed to strengthen its position in luxury watchmaking with recent investments in timepiece parts makers. This includes small Swiss firm Kenissi, in which Chanel invested 20 million Swiss francs ($20.4 million) in March 2018, for a 20 percent stake.

Tommy Hilfiger to show during Paris Fashion Week. Following the announcement of a new collaboration with American actress Zendaya in October, the two will show their latest see-now, buy-now capsule collection — Tommy x Zendaya — on Saturday. The French fashion capital is another city on Hilfiger's list of rotating show destinations, which originally kicked off during the brand's two-year-long partnership with Gigi Hadid.

Fast Retailing blames warm winter for profit fall. The owner of Uniqlo posted a surprise drop in profit as unseasonably warm weather hit sales of winter clothes and outlined a tough second quarter as it offloads the inventory at a discount. The bleak results come at a time when Uniqlo is battling saturation in its main home market, Japan.

Ted Baker indicates business as usual as Christmas sales rise. The retailer reported higher sales in the holiday period, boosted by a surge in online demand and said it was "business as usual" as an investigation into the conduct of founder Ray Kelvin continues. The company's shares, which fell more than 40 percent in 2018, rose more than 10 percent on Wednesday, taking them to the top of London's mid-cap index.

Moschino USA sued for using racist codeword 'Serena' for black clients. A former Moschino employee filed a lawsuit against the Italian luxury clothing company for discrimination against her and her store’s black clients. Employers at a store in West Hollywood used the codename "Serena" to describe black shoppers who didn’t look rich enough and instructed other employees to follow and watch them closely, she claims.

Sears seeks approval to liquidate. The 126-year-old US department store chain will ask a bankruptcy judge if it can proceed with liquidation after it could not reach an agreement on chairman Edward Lampert's $4.4 billion takeover bid, according to sources. Should the retailer liquidate its assets, it would become one of the most high-profile victims in the wave of bankruptcies that has swept the industry in recent years. 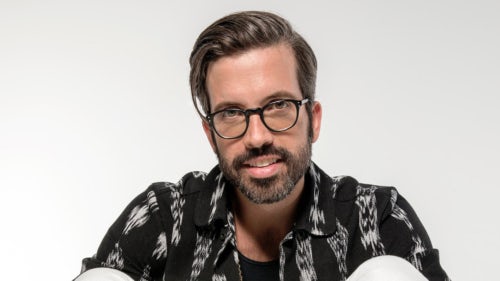 Will Welch unveils the new GQ. The men’s magazine’s first issue under new editor-in-chief Will Welch features Frank Ocean on the cover in a floral turtleneck, marking a departure from the title's traditionally more conservative styling. It's part of Welch's strategy for the magazine to appeal to menswear enthusiasts, with a more sophisticated focus on fashion. Publisher Condé Nast cut two issues from its print frequency over the last two years; it will publish 10 in 2019.

Former Vogue editor Babs Simpson dies at 105. The former Vogue fashion editor passed away on Monday. Often spotted wearing a strand of pearls, Mrs. Simpson, as she preferred to be known, worked with many of the titans of fashion photographer, such as Irving Penn, over her 25 years at the Condé Nast title.

L'Oréal, Olay provides a peek into beauty's future at CES. Beauty giants such as Procter & Gamble, L'Oreal and Neutrogena descended on the annual Consumer Electronics Show in Las Vegas to show off beauty gadgets, apps and the future of their stores. One new feature, by P&G, is the Olay "Future You" simulation, which uses an algorithm to show users what their skin and face will look like in the future under different scenarios, such as not wearing sunscreen regularly.

Twitter CEO brings back cult menswear account Four Pins. The menswear blog was suspended around a month ago after photographers complained that their photos of some of the account’s darlings — Jonah Hill, John Mayer, Shia LaBeouf — were posted without permission. Four Pins received and refused to comply with several DMCA (Digital Millennium Copyright Act) takedown notices, and eventually Twitter finally took the account down.

Japanese cult magazine The New Order goes global. To mark its 10-year-anniversary, the Tokyo-based menswear title is launching a new digital platform, while also looking to expand its roster of international staff, starting with a space in east London. Looking ahead, there are plans to expand its team in the US and across Asia.