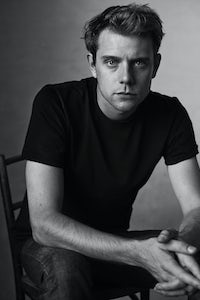 LONDON, United Kingdom — Jonathan Anderson is a trustee of the Victoria and Albert Museum, one of the most famous institutions in the world. He is intimate with archives. Which is one reason why the archive box he offered for Loewe on Sunday morning, like something from the filing system in a museum, made sense in lieu of a Covid-cancelled fashion show. We don’t necessarily have the perspective to appreciate it just yet, but we are living through a major historical event, and Anderson’s Loewe box will probably end up on display in the V&A in a century or so — climate crisis willing — as an extraordinary, idiosyncratic time capsule. “Maybe it sounds arrogant,” he said, “but I wanted something that could co-exist in a museum.”

He showed a gorgeous box the other day for his own line, but this one, designed by Paris-based duo Mathias Augustyniak and Michael Amzalag, was particularly infused with the weight of the moment. We’ve been hammered over the head with all the stuff that people have been doing with their hands in quarantine: making bread, gardening, knitting, being useful humans between sunrise and sunset. 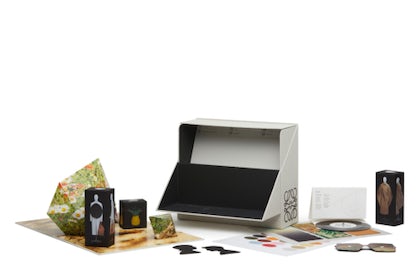 The Loewe box raised home-made to a whole other level. Using photos Augustyniak had taken in Spain over the years they were shooting Loewe’s lookbooks, m/m made a pop-up book as a mini-set. The clothes and accessories for the men’s Spring 2021 collection and the women’s Resortwear were individually printed on cards in such a way that they could be cut and folded into 3D. There was a primitive little disc spinner with a record you could play to make a soundtrack. In other words, you were enabled to create your own lo-fi version of a Loewe fashion show. There was even a pattern for Look 23 (with an online tutorial in how to make it). All you needed was the time to put it all together. Anderson thought that was important. Something to get the viewer involved. Not digital, not throwaway.

The collections the box introduced us to were very much in keeping with the directions in which he has been taking Loewe’s mens- and womenswear: ardently bohemian, ambiguous, artisanal. Early on in his tenure at the brand, there was the feeling that he was resisting the legacy. Loewe’s iconic status in Spain rested on an haute bourgeois stolidity, the Spain of Madrid rather than the Balearics, which was, of course, where Anderson went, with his vision of seductive sun-kissed loucheness.

But, for his new collections, he moved closer to the soul of the country, mentioning El Greco and Velasquez as inspirations. “When I first joined Loewe, I was scared of Spain,” he said. “But Madrid is so fantastic with museums. You forget how monumental the Royal Collection is, and the extremity of Spanish clothing in those paintings. The volumes, the sleeves, the iconography of power.” So Anderson gave us cape-like volumes, billowing sleeves. But there was also the surreal effect of artisan Idoia Cuesta’s woven leathers, the basket that became a top.

That was where more of his inspirations came into play. The sculptural hoop effects echoed costumes from the Cabaret Voltaire, an offshoot of the subversive Dada art movement which came together as a reaction to the horrors of WWI and the global flu pandemic of 1918. Coincidence? Anderson said the research for the collection had already been done before Covid-19 reared its ugly little head. He’d liked the Cabaret Voltaire references for their theatre and drama. Still, he cocked an eyebrow. “Maybe a premonition?” 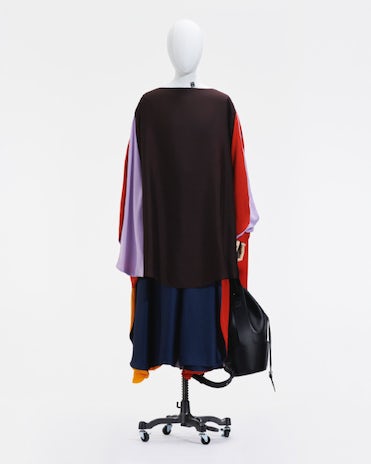 He also namechecked the dancer Loie Fuller, a free-thinking artiste from the same era. Check out the old pictures of her in full cry: sleeves like wings, the easy flou of dresses that allowed maximum movement. Anderson’s Loewe, in other words, for men and for women. Here’s another coincidence…the teaser Valentino screened for the couture collection the brand will show in Rome on July 21 also mentioned Fuller.

In his own collection, Anderson showed a handknit of a sailor based on a needlepoint that belonged to his grandmother. The equivalent here was a jacquard top inspired by another needlepoint, this one duplicating a Paul Cadmus painting and made by a soldier in a trauma rehabilitation project after WWII. Aside from the weird beauty of the item itself, it made me think about the designers who are reshaping fashion with their intensely personal visions: Anderson, Kim Jones, Craig Green, Grace Wales Bonner, Telfar Clemens, Rick Owens, the daddy of them all, along with anyone else who is intertwining their work with the wider issues that are consuming our society.

There is something about this suspended season which sharpens their significance. Anderson, for example, talked about how happy he’d been to engage in “amazing creative dialogues.” It was no longer about a ten-minute show and a haphazard post-show justification. “I think it’s going to be very difficult to go back,” he said. “Everyone is wearing themselves on their sleeves. If you’re a brand now and you have no humility, no honesty, you’re completely screwed. I struggle to be engaged with it. I don’t care what the industry thinks anymore, and I think that’s quite exciting.”

The images in this review, courtesy of Loewe, are not the full Loewe Spring 2020/2021 collection. 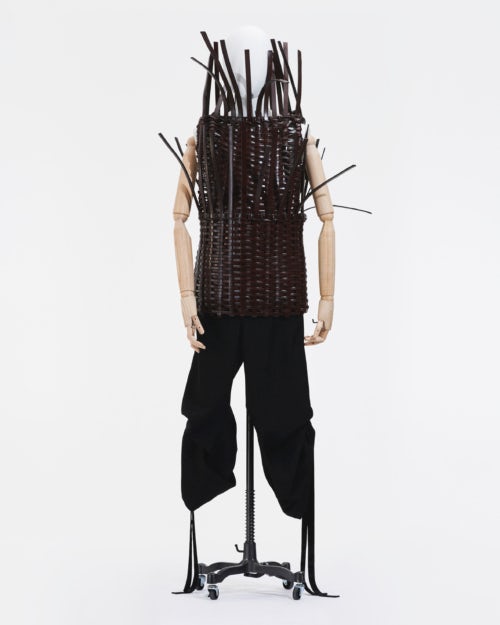 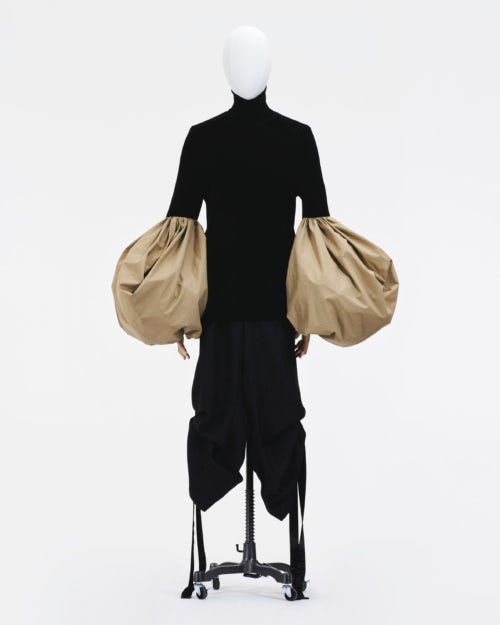 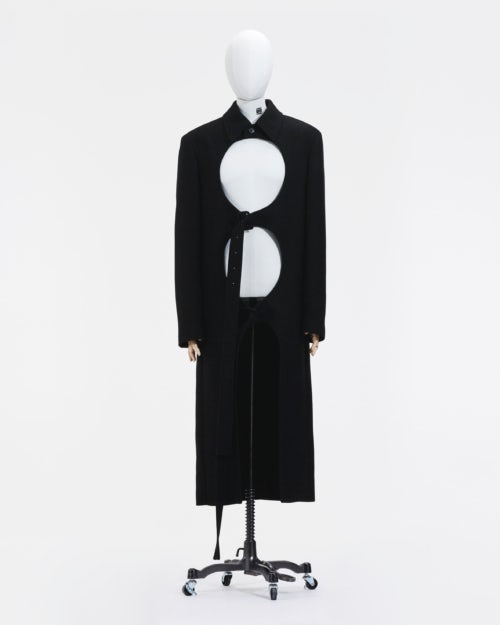 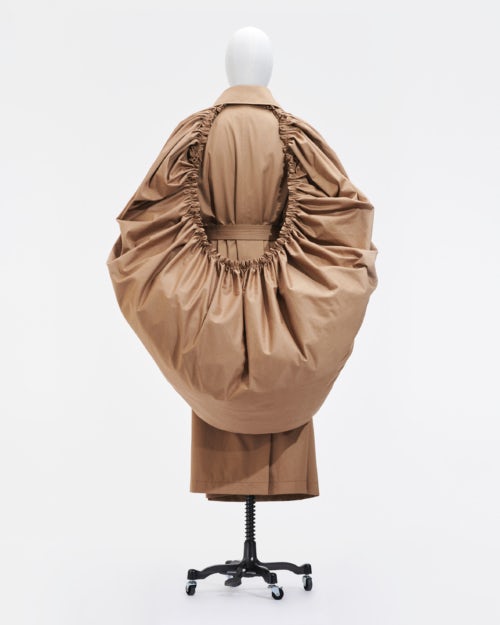 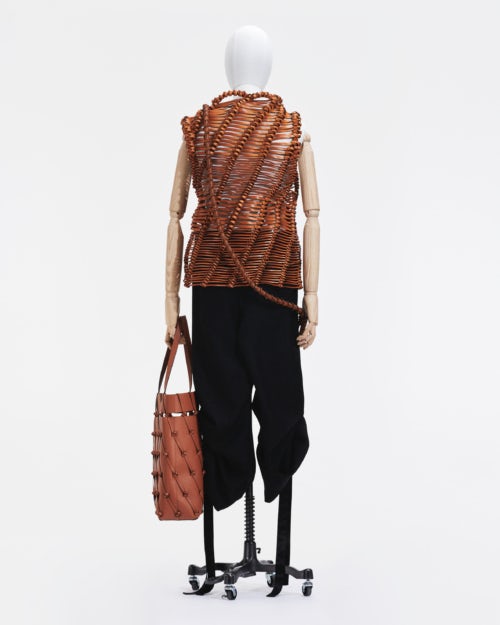 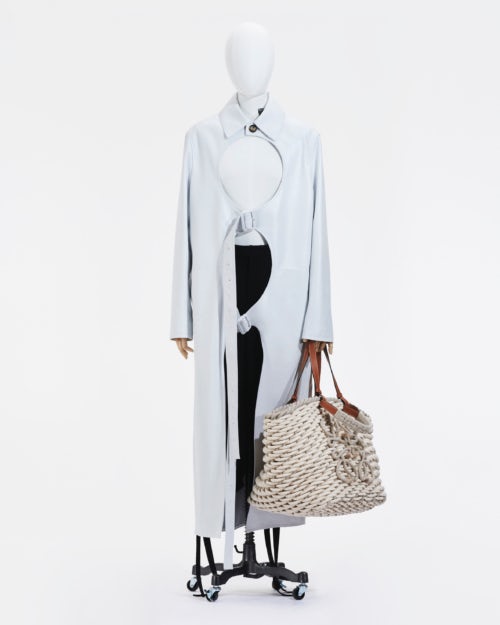