PARIS, France — Japan’s textile factories are rapidly going out of business — but not if Maiko “Mame” Kurogouchi has something to say about it.

The Tokyo-based fashion designer, who trained at Bunka fashion school — alma mater to the likes of Yohji Yamamoto and Junya Watanabe — and worked three years in Issey Miyake’s studio, has built something of a cult following in her homeland, thanks to her use of traditional kimono textiles and embroideries. By repurposing such elements in a measured way, she can give a nod to the past without overwhelming her clients with nostalgia. For modern Japanese women who are decidedly less conservative than their mothers or grandmothers, this is an important — and savvy — approach.

Now, Kurogouchi is readying to present her Autumn/Winter 2019 collection during Paris Fashion Week — a key milestone for the designer, whose namesake womenswear label has recently been picked up by leading international retailers like MatchesFashion.com, Moda Operandi, Rare Market and Opening Ceremony.

“We discovered Mame after the Spring/Summer 2019 show and instantly loved the brand,” Natalie Kingham, fashion buying director at MatchesFashion.com, told BoF, noting that it was the brand’s “elegant, free-flowing silhouettes crafted using Japanese techniques” that caught her eye and the collection, with its kimono-style overcoats, handcrafted patchwork knitwear and delicate florals, has “already been popular with our customers since launch.” 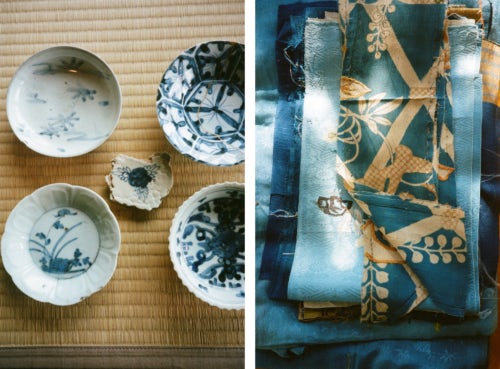 Last Autumn/Winter 2018 season, Mame’s show was part of Amazon’s newly launched “At Tokyo” programme, which aims to encourage brands that would not normally be a part of fashion week to collaborate and show their collections. In addition to providing financial support for the shows themselves, “At Tokyo” gives brands the chance to sell online through Amazon Fashion. (According to the platform, Mame was a good fit because she "represents the 'current' Tokyo vibe.")

The label has since won over the support of industry insiders like Maiko Shibata, creative director and buyer of cult Japanese boutique Restir; Ai Kamoshita, a London-based Japanese fashion stylist, who worked under longtime Love editor Panos Yiapanis; Tokyo-based stylist and journalist Misha Janette; Megan Maguire Steele, former senior director at Tractenberg & Co, who was attending Tokyo Fashion Week for the first time that season to scout new brands; and Senken Shimbun, Japan’s largest daily fashion newspaper, which predicted that Mame would be “the next big brand” out of Japan, “second in influence” to Sacai.

Today, Mame has 82 stockists worldwide, including Beams, Antonioli and SKP, which has several luxury department stores across China, up from 60 this time last year. Still, her roots run deep in Japan, so in addition to her Paris presentation, she will continue to showcase her designs — although in the form of an exhibition — during Tokyo Fashion Week in March. 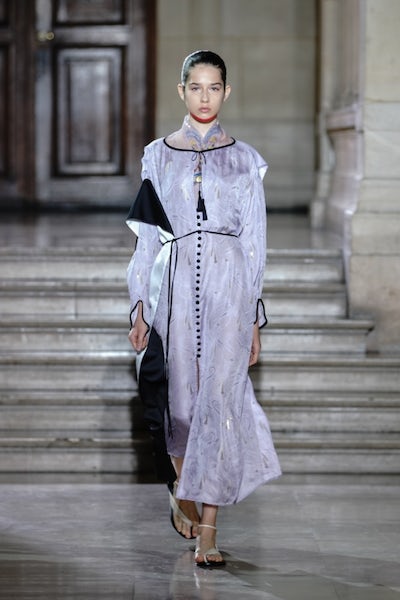 Kurogouchi founded her label Mame — the Japanese word for “bean” and also a childhood moniker she had adopted due to her petite stature — almost a decade ago, having observed that few upmarket Japanese brands were being made and sold in the country.

“Around 10 years ago, lots of fast fashion brands were entering Japan. Not many people here were interested in how the clothes were made or what kind of people are making them,” she said, nodding to the rise of low-priced, trend-driven fashion. “A lot of Japanese companies were also making clothes outside of Japan, elsewhere in Asia, where it’s cheaper.”

That didn’t sit well with the designer, who hails from Nagano, an idyllic region in the centre of Japan, known not only for its ryokan inns and snow monkeys, but for the many arts and crafts produced by local artisans, whose skills have been passed down from generation to generation.

She also observed that many textile factories across Japan were going out of business, because demand for garments such as kimonos has dissipated, and that the proliferation of social media and greater ability to travel has influenced younger generations to leave the countryside for opportunities in Tokyo and elsewhere.

“Factories across Japan are closing down because their owners have gotten old and they have struggled to find younger successors,” said Kurogouchi. It spurred her to launch Mame, which is run from Tokyo by herself and a nine-person team.

Each season, her collections are inspired by her travels across Japan — impressively, the designer has visited all 47 prefectures — and she repurposes the work of rural artisans by collaborating with them on her designs. “Kyoto is good for dying high-quality silk. Okayama is famous for denim,” she explained. Northern Hokkaido, meanwhile, is ideal for developing knitwear, because “it has one of the harshest environments in Japan during the winter.” 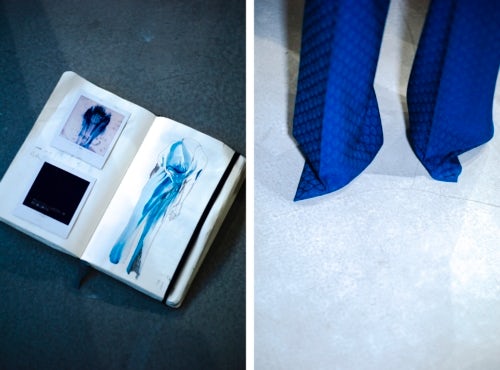 "From her first collection, she was already being hailed as a raising star in Japan," said Janette, who discovered Mame in her first season. "I was there with the former editor-in-chief of Soen magazine [a monthly Japanese women's magazine] and she was fawning over it. I was surprised, because it is kind of an unwritten rule in Japan that it takes a while for editors to warm up to a new designer. I made a personal order myself for several pieces."

For Restir's Shibata, Mame's strength is her ability to combine tradition with new ideas. "Many Japanese brands — especially women's — are too influenced by kawaii culture, which is [fine] in Japan, but for a global standard it's not real at all," she told BoF, adding that on discovering the designer's second collection in Tokyo, she "completely fell in love" with her signature PVC clutch bag and placed an order immediately. "Mame considers deeply what women want and how they style."

“Her [style] is very different than any other designer in Japan. She’s found a good balance between a conceptual and commercial point of view,” agreed Kamoshita. "I also love that her products have a nice quality that you can instantly see and feel." The stylist, who has since become a close collaborator, added there was a certain sense of nostalgia involved. “Her inspirations come from old Japanese cloths, ceramics and paintings, so it’s all very familiar to me.”

Looking ahead, Kurogouchi plans to take her mission a step further and acquire a factory or two across Japan. “That’s my goal; I want to keep our country’s history and craftsmanship going,” she said, but emphasised the importance of slow but steady growth. “I want what I’m making to be timeless and to keep doing it at my own pace. My ambitions are to expand the business internationally, but not forget my roots.”

How Can Traditional Craftsmanship Survive in the Modern World?