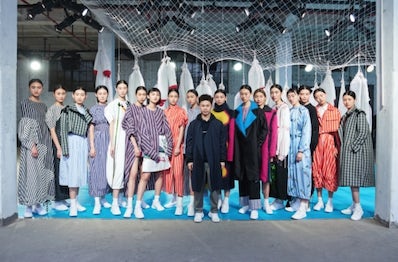 With each season, Shanghai Fashion Week is gaining commercial and creative credibility, though with relatively few Western buyers, influencers and members of the press making the trip East, the impact remains largely confined to China. That’s nothing to sneeze at: Chinese consumers drive luxury spending globally, and Western brands tailor marketing and design to appeal to the market. Surveys show Chinese consumers would prefer to buy from domestic designers, all else being equal. And Shanghai is making strides: more emerging designers are opting to show on the fashion week schedule rather than the Labelhood offshoot. Still, the energy in Shanghai this week will largely be generated by and for a domestic audience, one reason why so many top-tier Chinese designers now show in New York and London.

The Bottom Line: Labelhood, with its emphasis on buzzy, youthful designers, is still worth watching. If China is to produce top industry talent, it’s as likely to emerge from here as the main event.

Burberry and Coty Are With 'Her' 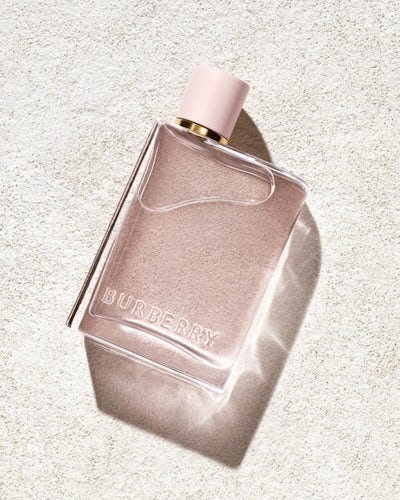 In the beauty industry, size matters. Burberry discovered this the hard way when it took its beauty business in-house after parting ways with licensee Inter Parfums. Always a smaller share of revenue than at many other luxury houses - just 7 percent of total sales in the fiscal year ending in 2017 - Burberry faced an uphill battle to compete with the marketing and distribution might of the international cosmetics giants. Coty faces its own struggles as it digests its $12 billion acquisition of Procter & Gamble's beauty business. But it has the global clout Burberry lacked to go toe-to-toe with the likes of L'Oréal (and Inter Parfums) in the luxury fragrance market. The Her launch, including an event featuring Cara Delevingne on Wednesday, marks the first test of this relatively new partnership.

The Bottom Line: Burberry's about-face on its approach to beauty demonstrates how when launching a fragrance, securing a robust global distribution network is as important as developing the right scent.

LVMH Offers a (Temporary) Peek Behind the Curtain 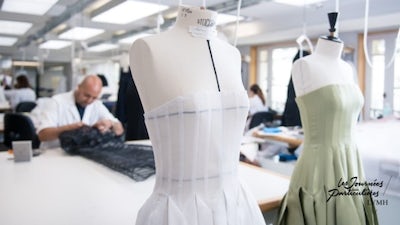 For a few days each year Les Journées Particulières, launched in 2011 by Arnault, offers the general public access to normally off-limits areas of boutiques, offices and workshops run by the luxury conglomerate and its brands. The emphasis is on craft rather than labour conditions or environmental stewardship. The latest edition takes on new significance as, Antoine, who now oversees the group's image, said last year that LVMH “can’t do everything in secret anymore.” Rival group Kering has made a show of opening its supply chain and environmental record to public scrutiny, a strategy that resonates with younger customers.

The Bottom Line: Les Journées Particulières is more about brand storytelling than transparency (and to LVMH’s credit, it has never claimed otherwise). True transparency means submitting to stricter oversight by regulators and increasing disclosures to customers.

Pop-up Shops Are a Team Effort 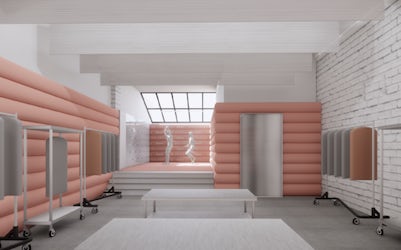 Rendering of Dyson's wind tunnel installation in The Arrivals pop-up | Source: The Arrivals

There are pop-ups, and then there are “wind-tunnel-meets-bounce house simulations” that sell outerwear and supersonic hair dryers. The Arrivals is deploying a high-concept solution to a common conundrum: physical stores are an ideal way to stand out in a crowded online market, but the expense of creating “retail experiences” in trendy shopping districts negates the advantages of being an online brand in the first place. Enter the sponsored pop-up, where brands team up to maximise a store’s pop on Instagram while minimising costs. In addition to Dyson, The Arrivals pop-up will feature a rotating cast of brands over the next four months, including Fates jewellery and Sennheiser headphones. Goop is the master of this strategy, getting third-party brands to cover the entire cost of pop-ups in tony locations like Miami and The Hamptons. The company's latest shop opened in London's Notting Hill in September.

The Bottom Line: Just like the growing number of consumers who rent clothes through subscription services, retailers are increasingly reliant on cycling through temporary spaces. 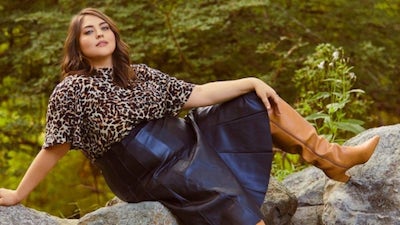