The CGI Influencer Gets a Promotion

Knitwear label PH5 is debuting a virtual “chief decision scientist” who will be the voice of the brand as it aims to operate more sustainably.

The CGI Influencer Gets a Promotion

Knitwear label PH5 is debuting a virtual “chief decision scientist” who will be the voice of the brand as it aims to operate more sustainably.

One of the stars of knitwear label PH5′s autumn 2021 lookbook, released Monday for New York Fashion Week, is a young woman with dark, piercing eyes, a cropped bob and an athletic build. She loves Instagram, where she advocates for fighting climate change. Her name is AMA and, unlike the other models appearing beside her, she does not exist in real life.

CGI models are nothing new in fashion. Lil Miquela, the influencer created by digital design studio Brud in 2016, has appeared in advertising for Calvin Klein and Prada. In 2018, Balmain cast three CGI models — including Shudu, whose creator described her as “the world’s first digital supermodel” — in its seasonal advertising campaign. 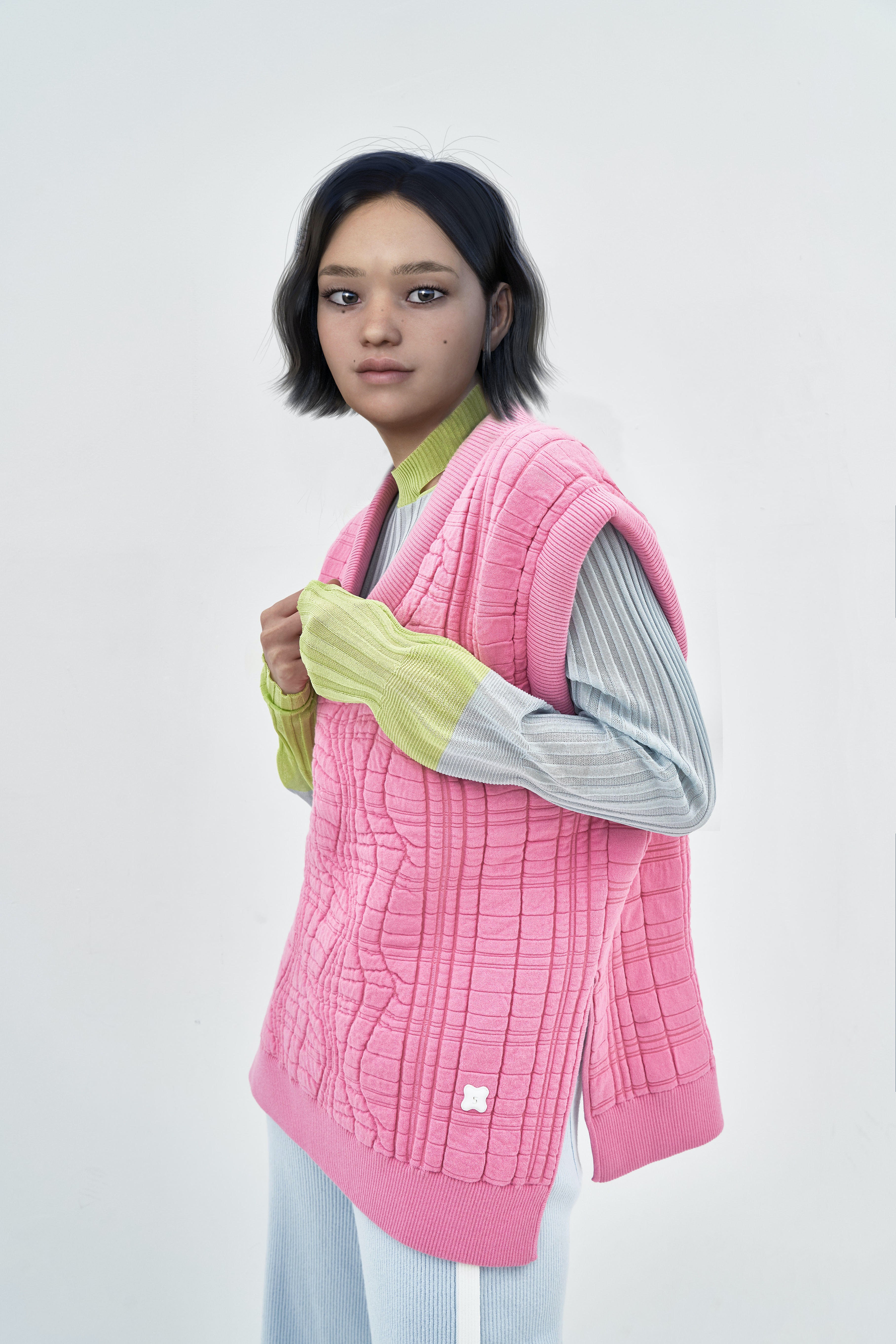 But AMA (pronounced ‘ah-ma’) is not a virtual model for hire or a one-off experiment. She is the face of PH5 and will be a living embodiment of its brand identity on Instagram under her own account, @actualAMA. She even has her own job title, chief decision scientist, and the label plans to use her to share information about, for example, how much more recycled viscose fabric is in the newest collection, plus negotiate upcoming collaborations.

It’s an experiment with intriguing implications for designers and founders who would rather not cast themselves as public embodiments of the brand they’re building. For decades, designers have routinely served as the face of their company, whether it’s Ralph Lauren appearing in his own campaigns as the epitome of preppy taste, or “girlboss” executives who in recent years used the founder-as-influencer approach to build an authentic-seeming connection with consumers on social media.

But neither Lin nor creative director Zoe Champion sees themselves as well-suited for that kind of public role.

“I feel like the brand is missing a face, but this is a face I’m not comfortable being,” said Lin. “AMA became a safe place for us to be personal with our followers.”

Lin started the fashion label, named as a reference to the pH scale in chemistry, in New York City in 2014 with Mijia Zhang. Since the start, the label has manufactured its collections at the apparel factory Lin’s mother owns in Dongguan, China, which provided flexibility and access to innovative fabric techniques. The brand has a history of embracing technology, including"dressing” Lil Miquela in 2017 and later created pieces for the lifelike talking robot, Sophia. 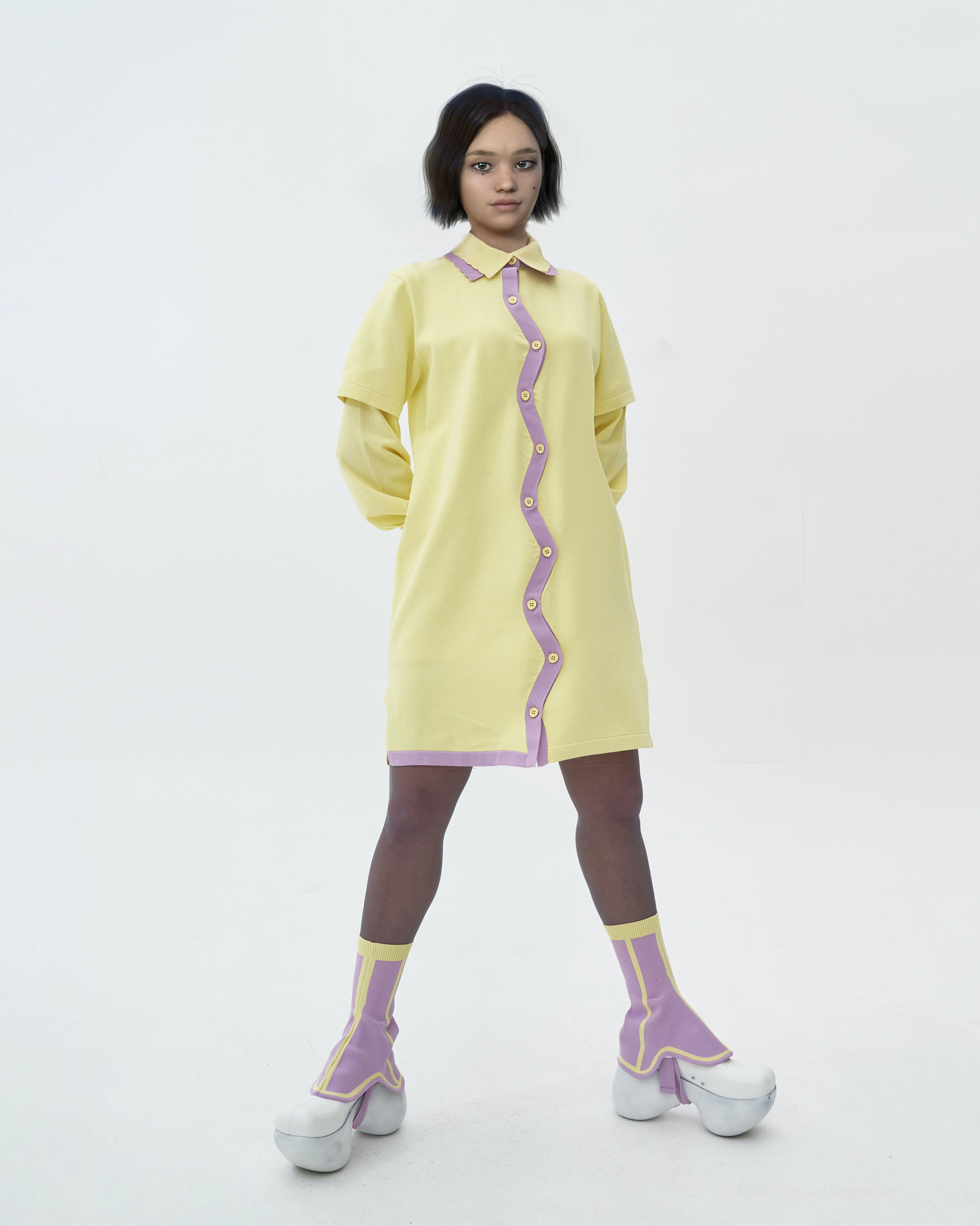 Zhang left the business last year and Champion, an Australian designer, joined. Today, the mostly wholesale brand’s biggest markets are North America and Asia, where its thick, stretchy knit crop tops and dresses found new customers in the pandemic. Revenue, particularly on its e-commerce site, was up last year, defying an industry slump.

Lin and Champion worked with digital artist Daniela Krol over the last six months to develop AMA in a way that felt realistic and approachable to the two women — ethnically ambiguous mixed with some Asian features, and not stick-thin. She also has a “welcoming” personality, an activist streak and, of course, a wardrobe full of PH5 knits. And AMA is a frequent traveller, appearing in major cities from New York to Shanghai where PH5′s small, remote team are based.

But most importantly, they designed AMA to be passionate, bordering on “angry,” as Lin described it, about fighting climate change and the need for more environmentally conscious production processes in fashion. And in doing so, they see AMA as pushing the brand to refine its goals and up its sustainability efforts.

“It’s almost like she’s there, over our shoulder,” said Champion. “We can’t just talk about these things, you really have to be practising them in every single aspect of what we’re doing.”

Next on the agenda is PH5′s first sustainability report. When it’s ready, AMA will be the first to explain what it means to the brand’s shoppers online.

Fashion Jobs That Are in Demand Now

What Fashion Media Can Learn From the Chinese Model