TOKYO, Japan — When designers like Pierpaolo Piccioli declare their love of Japanese culture, there is no reason to doubt their sincerity. The creative director of Valentino was in Tokyo this week to celebrate the brand's Ginza Six store opening and its Pre-Fall 2019 runway show, titled "Valentino TKY," of which Japan’s wabi-sabi aesthetic was credited as one inspiration.

Kim Jones is also in town to present Dior Men’s Pre-Fall 2019 collection and a pop-up store Thursday evening, although his nod to Japan was a fraction subtler, having mined the Dior womenswear archives for Japanese influences to reinterpret as men’s garments.

It’s not the first time that luxury brands have turned to Japan: Last October, Tokyo was also the site of Valentino’s Resort 2018 pop-up, while Dior’s haute couture Spring/Summer 2017 show bowed in April. In May 2017, Louis Vuitton took their cruise collection a few hours away to Kyoto.

It’s also not unexpected that most designers who stage their collections in Japan find a way to reference the country on the catwalk, however fleetingly. The nation is home to inspiration galore: eclectic street style subcultures, unparalleled artisanship, a thriving beauty industry and icons of design and architecture all makes the country a mecca for creatives of all persuasions.

Having been eclipsed by the Chinese, Japanese consumers are no longer the object of affection and attention to the degree that they once were.

But beneath the surface of very real enthusiasm that fashion creatives harbour for Japan, there is of course a carefully calculated business rationale for their choice of locale. As Asian markets now account for a disproportionately large share of luxury sales, it is clear that brands need to find ways to launch meaningful marketing activations in the region on a regular basis. Such shows have become a tried-and-tested formula.

Unlike Korea, whose popularity as a location for pre-collection shows appears to have peaked, Japan is emerging as a perennial favourite. And although China continues to attract many brands looking for a place to present their catwalk shows in the world’s largest luxury market, recent examples tend to be repeats of shows that already had a debut elsewhere like last week’s re-staging of Miu Miu Resort 2019 in Shanghai or Chanel’s Cruise 2018 collection reappearing in Chengdu after also debuting in the French capital. Japan, by contrast, is not in the habit of staging re-runs.

The value that luxury brands gain by using Japan as a staging post between their shows in Europe comes from several sources. Logistical efficiency is one not-so-romantic reason for its popularity as a transseasonal show location. By bringing their pre-collection activation to Japan, brands embellish a requisite part of their global marketing strategy while creating an opportunity to meet local partners and management in Asia’s most mature luxury market — and the world’s third largest. 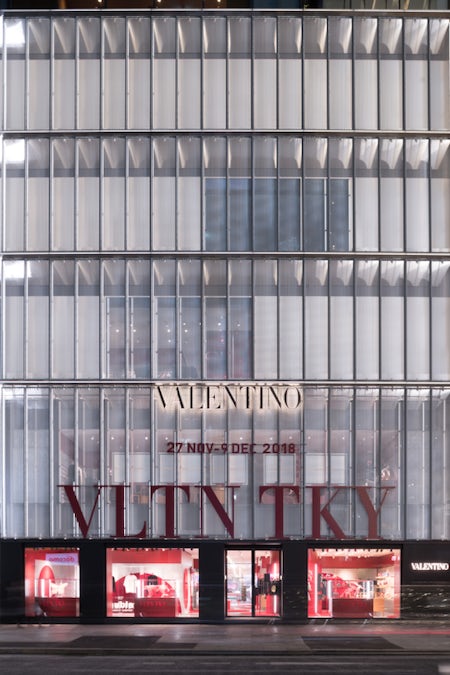 Piggybacking off the show in this way sends an important message at the consumer level too. Having been eclipsed by the Chinese, Japanese consumers are no longer the object of affection and attention to the degree that they once were. Luxury brands are increasingly stretched, unable devote as much time to Japanese activations as they once were. With so many emerging markets in Asia and around the world to tend to, they are less able to provide Japanese kokyaku (VIP consumers) with intimate access to designers or face time with the press.

With China consuming a third of the global luxury market, brands have been investing in strategic WeChat campaigns, optimising retail channels and desperately finding new ways of understanding the proverbial Chinese luxury consumer. Yet unlike China, where brands are rapidly opening retail and digital storefronts, online luxury sales are less developed in Japan, with only 7 percent penetration, according to McKinsey & Co. With consumers preferring to shop offline, Japan’s department stores remain dominant luxury distributors.

The icing on the cake is that Japan remains one of the most attractive destinations for other Asians — and Asian fashion industry leaders are no different. Whether they be the brands’ joint-venture partners from Vietnam, distributors from Singapore, fashion editors from Indonesia or influencers from Thailand, Japan has the magnetism needed to draw in brand stakeholders in a way that other markets can’t emulate across the continent. Omotenashi — the philosophy of Japanese hospitality — usually tips the scales for potential show-goers in the region who may be wavering over an invitation.

According to the latest report by Bain & Company, luxury purchases in Japan softened slightly this year, pushing brands to find new solutions to bring consumers back to stores. Retail sales in Japan grew at 3 percent at current exchange rates to €22 billion ($25 billion).

Bringing an olive branch in the form of a pop-up or capsule collection to Japan is a way of balancing out the China-heavy luxury narrative, and assuring local consumers that they are still a priority for foreign brands and retailers. It’s also worth noting that Japan is a favourite holiday destination for Chinese luxury consumers. In light of the 2020 Tokyo Olympics, tourists are expected to further boost the luxury market — especially if the Japanese government takes key measures to improve the nation's attractiveness.

However, following Beijing’s latest efforts to boost domestic consumption of imports, Chinese shoppers’ holiday purchases may see a drop. How this affects travel hotspots such as Japan remains to be seen.