NEW YORK, United States — Youth has always been at the heart of boundary-breaking fashion. Knowing this all too well is Julie Anne Quay, founder and chief executive of VFiles, the New York-based fashion social media platform, which is hosting the 10th edition of its seasonal runway show showcasing emerging talent during New York Fashion Week at the Barclays Center on Sept. 5.

“The diversity factor in terms of the show and the music, this is what culture is and where fashion needs to be,” says Quay, who encourages — next to influencers, editors and VIPs — students to attend the event.

Next to a runway show, this year’s winning designers are granted with a season of mentorship including business guidance, PR support and a post-show press day. 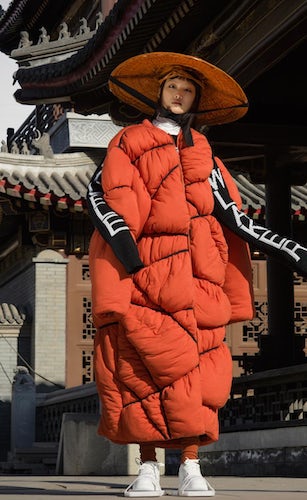 What’s more, on that day, VFiles will debut its own luxury unisex streetwear line, titled VFiles Yellow Label, helmed by former Hood By Air fashion director Paul Cupo. For the show, VFiles will be collaborating with AWGE — A$AP Rocky’s fashion business— on the larger show concept. “A lot of times traditional fashion labels look down on the young designer community, so we wanted to find someone who could not only design but would wear [the collection] as well,” says Quay.

This isn’t the first time VFiles has launched an in-house fashion brand. A short-lived label named VFiles Sport Plus was launched in 2014. “We put that away for a little bit because we hadn’t worked out exactly what we wanted it to be, so we took the time to really learn about our community and how they express themselves,” explains Quay, who says VFiles Yellow Label will sit alongside Off-White, Alyx and Gucci in terms of intended customer.

Since its 2012 launch, VFiles has gone on to become a hub for a young generation of creatives through its website, live events, merchandising and original programming. Since then, the company has produced 8 LVMH Prize finalists and fostered numerous other designers whose work is frequently worn by the likes of Rihanna, Beyoncé and Kylie Jenner.

“If you look at VFiles and our history, we’re all of those people that fashion typically ignores,” says Quay. “[But] this isn’t the Vogue Fashion Awards where everyone comes in with these full pulled-together fashion collections. This is square one, so it’s really exciting for us.”