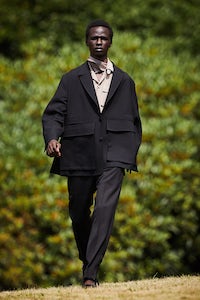 That was the trinity that inspired Ermenegildo Zegna 110 year ago when he set up the old looms he’d imported from England in the town of Trivero, the hub of Italy’s weaving industry. The mill he founded became a global benchmark for the finest fabrics known to menswear. But Ermenegildo's vision didn’t stop there. Over the next three decades, he had half a million trees planted around Trivero, creating the Oasi Zegna, a nature reserve that was almost a century ahead of its time.

So it made perfect sense to Alessandro Sartori, Zegna’s artistic director since 2016, to celebrate the anniversary — and the trinity — with a major show in Trivero. Enter a catastrophic global pandemic. The original plan for a physical extravaganza was nixed in favour of a concept Sartori said would have been impossible with a normal show. He called it “Phygital” which, despite sounding like a physical condition that demanded an ointment, actually nailed the hybrid underpinnings of both presentation and collection.

In the artfully integrated combination of video and livestream Zegna launched on the last day of Milan Digital Fashion Week, models walked a 3.3 km “runway” that wove through the forests of the Oasi, into the Zegna mill, through the archives, then up and out onto the rooftop for the finale where Sartori was waiting to introduce the collection to his on-line audience. He described it as a rare opportunity to trawl through the heart and soul of the company. And, according to Sartori, that’s what his design process had been like: exploring 110 years of history, choosing fabrics, items, images he liked, “transforming them with a new aesthetic.”

He’d actually started work on the collection last November, with a break to prepare the Autumn/Winter show in February. When Italy locked down on March 10, Sartori said there was one week of terror, “not knowing what to do,” and then he knuckled down again, sixty days at home in constant Zoom touch with his team before he could return to his studio in early May.

He came back with a different perspective. “Lighter fabrics, fresher colours, a more joyful approach,” said Sartori. “I wanted to give more pleasure.” It goes without saying that he also needed to offer more incentive to actually buy the clothes he was offering, given that they will be launching into an uncertain world where, as he himself noted, “I don’t need another navy blue suit in my closet.” Or maybe any suit at all.

Sartori’s solution was to reconceptualise the tailoring that has been Zegna’s main attraction for decades. No real news there. It’s been his aim since he returned to work for the brand four years ago. This season, however, he’d further honed his hybridisation of the sartorial and the casual. A defining piece in the collection was something Sartori called “a short topcoat.” Imagine a substantial overcoat abbreviated to jacket length, slashed at the sides to create a tunic effect. It came with the sizeable patch pockets you’d expect, but concealed under them were slash pockets, the whole effect a bit like a combo of coat, jacket and bomber. The other statement piece was a fitted jacket with a mutant half-raglan shoulder, its pockets set seamlessly into the torso in a masterful piece of cutting. “A new silhouette, a new customer,” Sartori enthused.

The most enthralling element of the collection was actually the fusion of past and future that has subtly defined Sartori’s work since he first started at Z Zegna nearly 20 years ago. Then, you sometimes got the feeling he was dressing Humphrey Bogart for the 22nd century. That feeling was back on Friday, in the baggy pleated pants, the boxy jackets, the loose three-piece, the striped collarless shirts with buttons replaced by a zip. If not Bogart, then at least some futuristic neo-realismo working stiff, but with a curious languor, maybe even a glamour. Is that incentive enough for you? 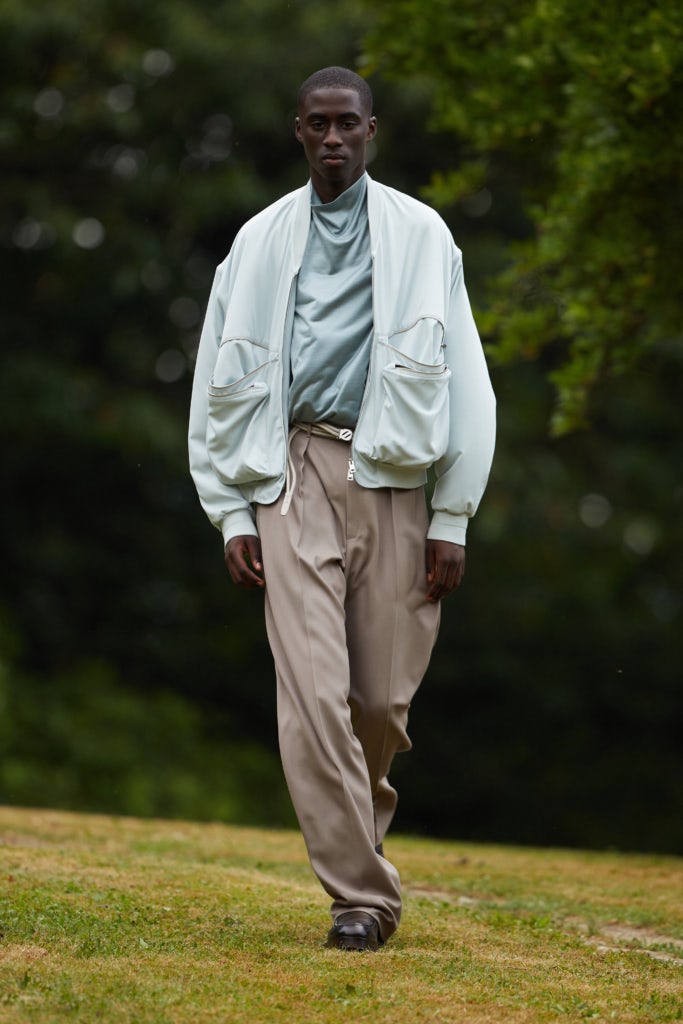 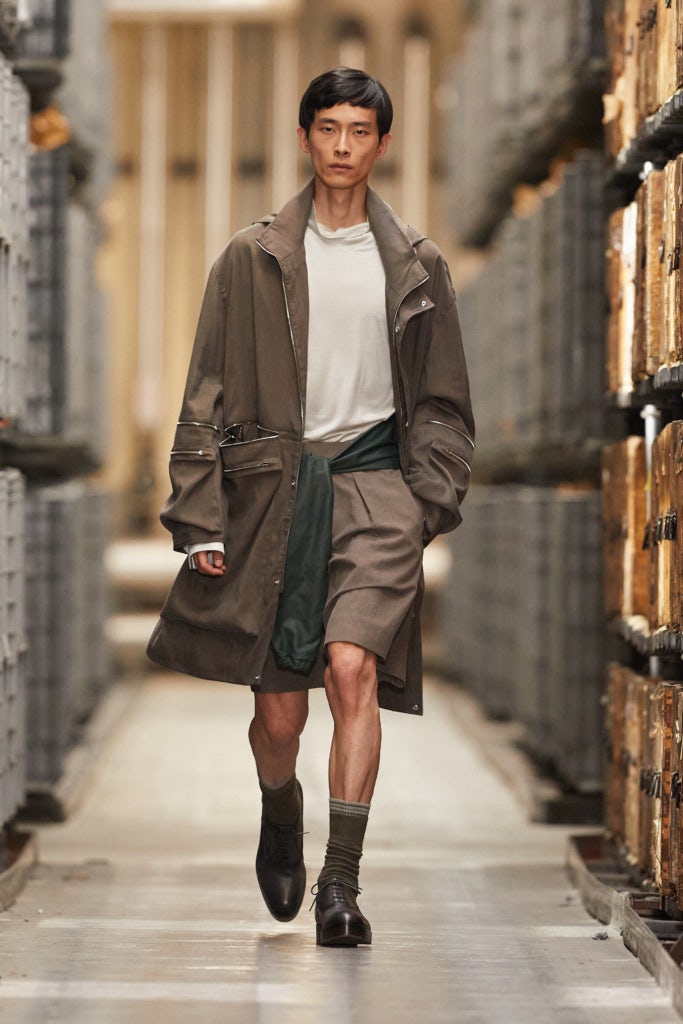 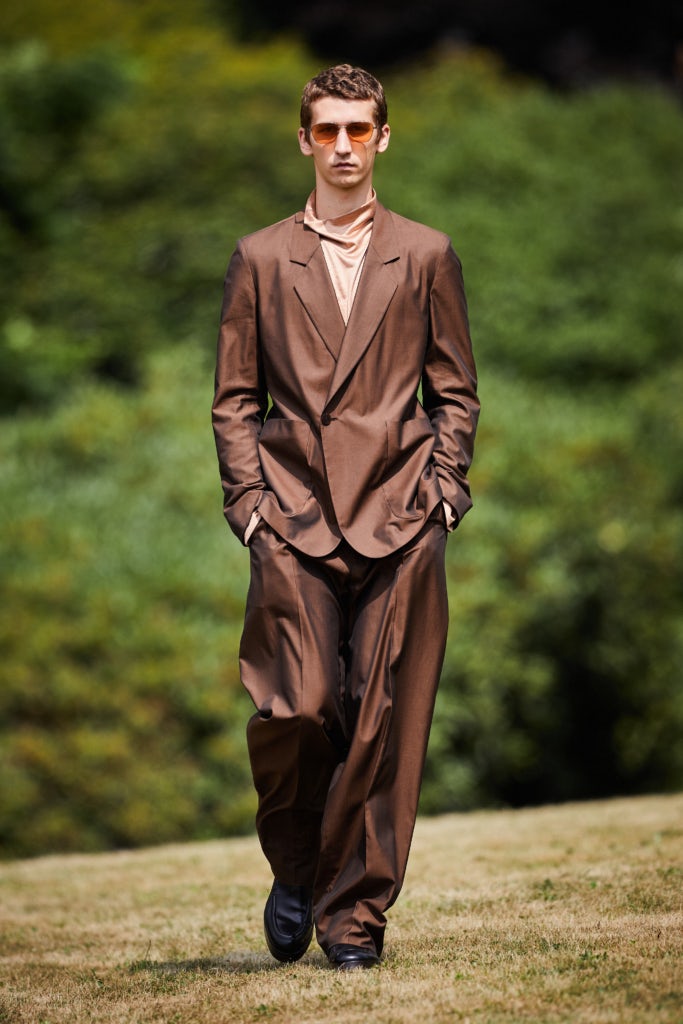 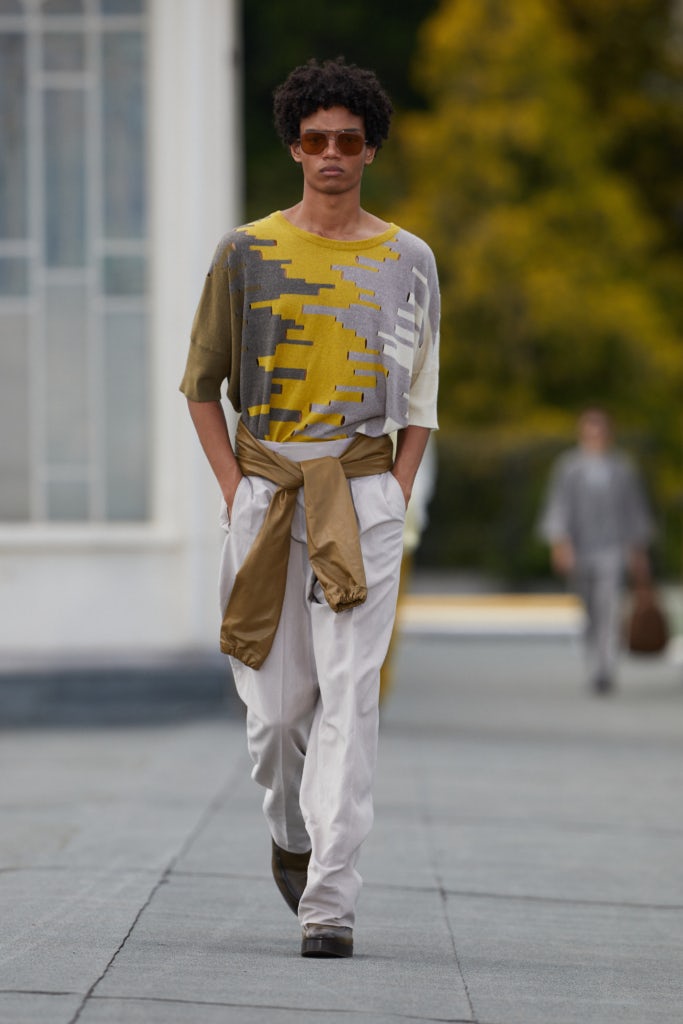 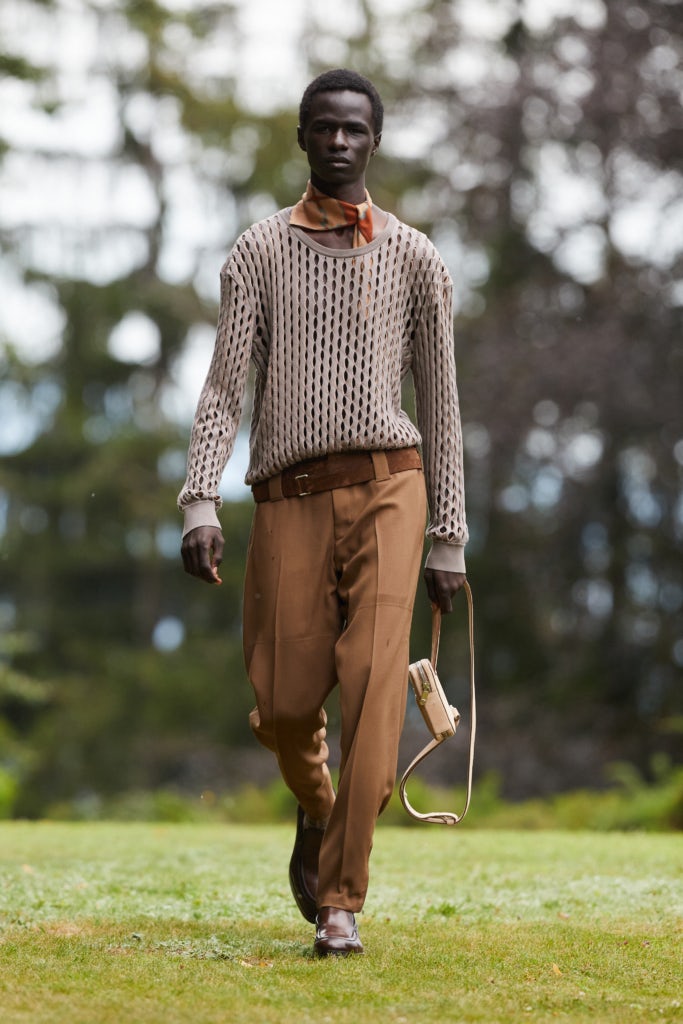 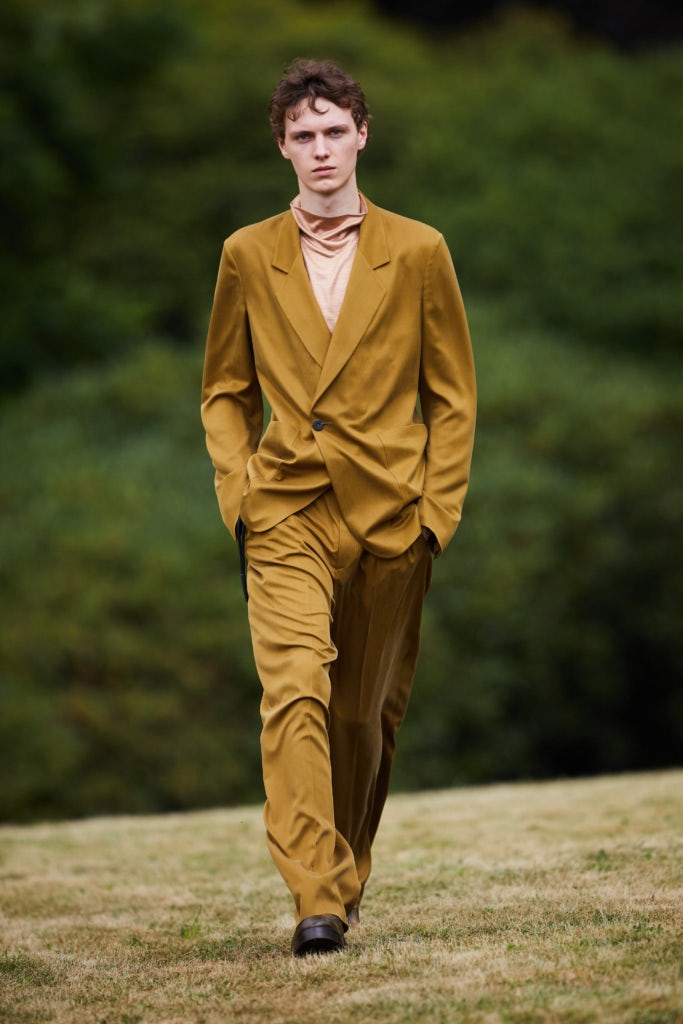