Over the last ten years, Alexander Wang has built a fashion empire with a brand architecture that defies the conventions of traditional luxury strategy. What's his plan for the next decade of his own label? 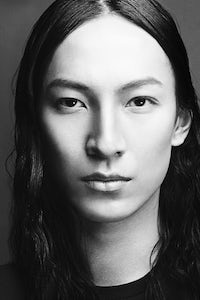 Over the last ten years, Alexander Wang has built a fashion empire with a brand architecture that defies the conventions of traditional luxury strategy. What's his plan for the next decade of his own label?

NEW YORK, United States — A buzzy new designer business can often attract a fanbase of young fashion devotees, who create a fuss on social media, snap up the brand’s entry-level products — a $300 skirt, say — or save up for something more substantial. But designers grow up. Their supply chains get slicker; their materials become more complex; and, sometimes, they find investment. Before you know it, that buzzy new business is fast becoming a “global luxury brand” and, somewhere along the way, it becomes unaffordable for its original customers.

Not Alexander Wang. High fashion, low fashion; luxury, mass market — Wang does it all. A Wang fan can buy a leather bathrobe coat for $2,995 or a t-shirt for $80. She can buy the jeans or the skirt for around $300. And if she got to the store before it sold out, she could have scored an Alexander Wang for H&M sweatshirt for $59.95.

Wang’s is a democratic fashion empire. And, with 26 stores worldwide and reported revenues of over $100 million in 2013, it’s one of the biggest of any young designer working today. So, how did he build it? And, with his Balenciaga tenure neatly tied up and rumours of investment swirling, where is he taking it next?

Alexander Wang’s first collection of six intarsia-knit sweaters coined his slouchy-but-sexy, “off-duty model” aesthetic. His early ready-to-wear built on these basics — t-shirts and knits, often a bit sheer, with stretched-out necklines and an insouciance that the designer scooped up from the streets, sports and his model friends at parties.

The accessible price points of those early collections placed Alexander Wang in the advanced contemporary space. For a while, it was a good place to be — especially during the economic recession. But it was a fast-growing segment that attracted a lot of new competitors and soon got crowded. “It was very important for me that I didn’t want to be categorised by price point,” says Wang.

So, Wang’s price points crept up and new product levels were built into the business. By 2009, there were leather-fringed sweatshirts selling for upwards of $1,000 and fur-trimmed leather jackets for almost $3,000. There was a handbag line, but also the T by Alexander Wang range, which housed the lower-priced basics that formed the original foundations of the business. Today, Wang’s prices stretch from $80 for a t-shirt to $5,000 for some runway pieces. “There is a sizeable business over $1,000, which we didn’t have five years ago,” says Rodrigo Bazan, who joined from Marc Jacobs to become Alexander Wang's chief executive in 2009.

As the brand architecture changed, the quality of the materials increased. The labels began to read “Made in Italy,” as well as “Made in China.” The designs became more intricate and the shows got more ambitious, elevating the label’s image.

However, what is most remarkable about Alexander Wang is that as the business ascended towards a luxury image, a higher price-point and better quality designs, it didn’t pull up the ladder behind it. Rather, Wang’s high-fashion credentials trickled down to make the label’s lower-priced products even more desirable. In fact, at the same time as he was approaching luxury at one end of the spectrum, he pushed into the mass market at the other, with a blockbuster H&M collaboration last November.

“We’re not luxury, we’re not mass, we’re not contemporary. But we allow ourselves to have a very varied price point range,” says the designer. “It’s all one customer and we build these capsules within one brand, versus saying: ‘This brand is for this mass consumer, this is for that.’”

Wang and Bazan both call this strategy “approachability to tiers” — one brand, with a single aesthetic identity, but with different levels serving different tiers of customers. It’s a model that other companies are moving towards: in the last few months, Marc Jacobs, DKNY and Victoria Beckham have all folded one of their offshoot brands into their main line, or suspended its operations entirely.

We’re not luxury, we’re not mass, we’re not contemporary. But we allow ourselves to have a very varied price range.

“It’s very snobbish or sad to lose a consumer to gain another one,” adds Bazan. “You originally appeal to a very young consumer, but the more we start to trade on retail luxury floors, we need to be trading with 40 to 60-plus, because these are the consumers of luxury goods. You need to be catering for all of them.”

In Wang’s early days, this positioning was a pioneering move. In American department stores, designer and contemporary floors were firmly divided and stores avoided giving designers “double exposure” by putting them on both.

“They say, you’re going to sit on this floor and these are the designers that you’re going to sit next to because of your price point,” recalls Wang. “In Europe or Japan, it’s more about an aesthetic — how they see us as a creative. It was a much more modern perspective in terms of how they placed brands.”

So, to avoid being pigeonholed into a certain market positioning, Wang focused his retail expansion on Asia and Europe. Today, over 60 percent of Alexander Wang’s business is international: Europe is its biggest wholesale market and, of the label’s 26 retail stores, 24 are in Asia, only one is in the US and one is in Europe, which opened on Albemarle Street in London’s Mayfair in August.

“We kept it super, super tight in the US in order to reposition,” says Bazan. “Last year, we fully repositioned Neiman Marcus, Nordstrom and Saks into designer ready-to-wear, which is a big thing for a brand that started with an approachable price point.”

Now, Alexander Wang is entering a period of major change. Having just wrapped up his three-year tenure as creative director of Balenciaga, the designer’s focus is on growing his own business.

For the next decade, the big push will be on retail expansion. Within 10 years, the company plans to double its store count in Asia, but have the majority of its stores in the US and Europe. “We can easily have five stores in the US touching the capitals,” says Bazan.

It’s a grand ambition — one which will require significant investment. Thus far, the business has been completely self-financed, a fact Wang puts down to “very good relationships with our banks, giving us loans.” But when Wang and Balenciaga parted ways, rumours of investor discussions began to swirl. At the time of writing, Wang declined to confirm these rumours, but, according to market reports, he is in advanced negotiations with growth equity firm General Atlantic partners, whose investments include fast-growing businesses Uber, Airbnb and Buzzfeed, as well as fashion brands Tory Burch and Anita Dongre.

“I’ve had many different discussions and I think there’s been some very intriguing offers,” says Wang. “The most important thing is that we are always in control.”

“We could self-finance the whole growth,” offers Bazan, though he concedes: “Twenty-five to 50 [stores], we’ve already planned that and we can self-finance that. Fifty to 100 is a different ball game, clearly.” 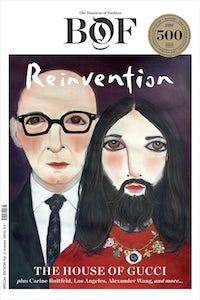