NEW YORK, United States — In the city that never sleeps, ballrooms are as cut-throat as boardrooms. Bagging a spot on New York City’s most exclusive event guest lists, pored over by the world the following morning, is harder than ever. But one name appears at the top of all of them: The Billy Farrell Agency (BFA).

Every night, careering from one party to another, Farrell and his co-founders Neil Rasmus, Joe Schildhorn and David Prutting, and up to 40 freelance photographers document the most aggressive social scene on the planet. But — this is no click, flash, publish operation. BFA is the market leader for specialist NYC event photography, with a client roster that includes Burberry, Chanel, Dior, Louis Vuitton, Prada, Versace and American Express. All brands who spend tens of millions of dollars on their image and aesthetics.

On the most important night of her year, the infamously exacting Anna Wintour also turns to the agency for exclusive in-house photographers. Each May, as Cara Delevigne, Emma Stone and Rihanna reach the summit of the red-carpeted steps of the Metropolitan Museum, they flash one last mega-watt smile for the banks of photographers — inside the gala there are no intrusive lenses except BFA’s. As well as the Met Gala, BFA also shoots the Vanity Fair Oscars after-party — the two most prestigious parties in the US social-calendar. 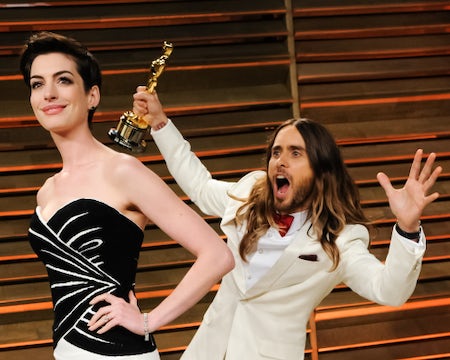 “BFA as an agency has worked very hard to build trust with our clients, that is the one defining factor about BFA and what really separates us from other agencies. The result of that is gaining access and exclusivity to the most exclusive events globally,” says Dan Otero, the agency’s chief executive, who was appointed in January 2015 as part of a wider strategy of professionalising the business’ management in order to prime it for growth.

In five years it has built an archive of 1.6 million images and in 2014, the business drove annual revenue in excess of $7 million. On the agency’s website, Ivan Shaw, the director of photography at US Vogue and a client of the agency, describes BFA as “the gold standard in event photography.” Such effusive praise is no small feat given the agency’s relative youth and the context in which it was launched.

Before BFA entered the scene, Patrick McMullan was the undisputed king of event photography in the city, and the first to offer a centralised service to brands and publications via a digital platform, doing away with the need for an individual photographer at every event. Such was its monopoly on the New York scene that “Patrick-ing” an individual was to New York’s social elite what “Google-ing” someone is to the great unwashed.

The BFA co-founders cut their teeth at McMullan’s agency before the “four upstarts,” as The New York Times described them, set up on their own in 2010. They filled their books with clients belonging to McMullan and other agencies, prompting their previous boss to liken his protégées to Shakespeare’s Brutus. 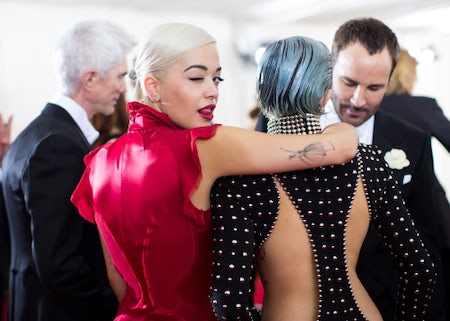 Asking BFA to identify what it does better than its competitors is difficult. Both Farrell and Otero believe aesthetics and artistic composition are the key differentiators. Despite the nebulous nature of this claim, clients seem to agree. Milk Studios founder Mazdack Rassi, one of the first to hire the agency as in-house photographer for the 37 MAC & Milk fashion shows held during the Autumn/Winter 2011 season, told The New York Times: “We really liked Billy’s photography because he was able to master the snap and make it richer — make it pop more.”

However, to this day, Farrell credits McMullan as his mentor. “What Patrick instilled in me was that it wasn’t just about the photography skills, it was about the people skills. You had to be proactive to put together photographs, be comfortable enough around people to get the best out of them.”

BFA’s focus on the interests of the client, rather than those of publications their photographs will appear in must appeal to companies with extreme levels of brand control. Farrell describes his agency’s offer as: “Protecting the best interests of the subject matter and their ROI on marketing spend.” His definition of subject matter extends to both the brand throwing the event, and the subjects of the photographs. “We are fast, but we are not utilising wifi-technology, which will immediately blast out photographs onto a server, ” adds Otero. 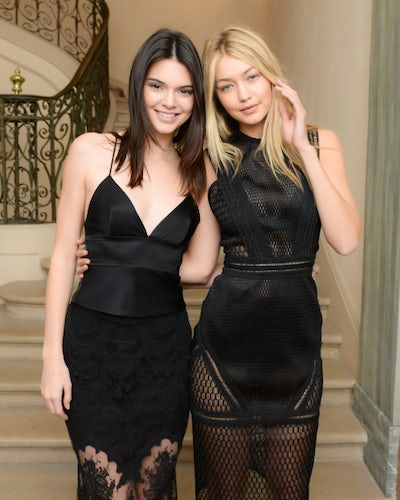 The split of BFA’s $7 million annual revenue reflects its commissions-focused business model. “Eighty percent of our revenue is client services work and the remaining 20 percent of our revenue is made up of monetising our intellectual property through syndication, licensing and direct sales,” said Otero. Farrell tells BoF that the revenues of his friends and competitors at other agencies are split in the reverse, with the majority of revenue stemming from sales.

In the current climate of declining photo-sale revenues, a result of the now widely adopted subscription model offered by photographic agencies, BFA’s client focus is an advantage. And, at its five-year milestone, the agency’s growth plan is largely focused on rolling out additional client services.

To stay ahead, the agency has expanded its event photography services to include drones, photo-booths and social media. “We are light and lean at the core, but we have been very successful at forming partnerships with third parties that are very skilled in their expertise. Like the drone programme: I don’t fly a drone, but we know the top two guys in NYC that do,” says Farrell.

“There are a lot of opportunities to tell a broader story than what is being told,” says Otero. “To stay competitive and maintain relevance, all of the major fashion houses and brands are investing in this area. It is no longer just about the moment, the crescendo — the event. We as an agency have found ourselves working far more intensely with the businesses that we work with, at a variety of different levels, in creating content. The concept of content creation has changed,” continues Otero.

BFA currently has around 40 photographers on its books. To join the agency, each must undergo a rigorous recruitment process. Before being signed, applicants are grilled on industry faces; examined on their knowledge of party protocol and inter-personal skills; submit portfolios for review; and complete partner-led one-on-one training on the job and an appraisal of editing skills. More advanced exams follow when promotions to senior roles are on the horizon.

Recruitment aside, the agency’s geographic expansion is remarkably free from the prohibitive costs other business might face. There is no immediate need for premises or support staff — at its bare bones, BFA can expand globally with a single freelancer in each city. “We see a huge opportunity in the West Coast, and in terms of growth, London, Paris, Western Europe, the markets that we tend to operate,” says Otero. The agency has, however, recently opened its first regional office in Los Angeles — an indication of the volume of content they believe Hollywood entertaining can drive — and plans to open additional offices in the future.

However, in an age of social media when everyone is a photographer, and photo and video sharing apps like Instagram and SnapChat have somewhat pulled the rug out from traditional event photography, BFA must now compete with social media influencers for marketing spend. People who can act as both recorder and broadcaster. 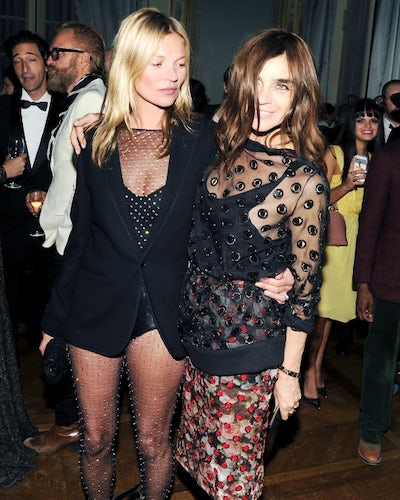 “There is so much out there, coming from iPhones, coming from other sources. What we want to be is a one-stop service with a premium offering and you absolutely cannot do that if you are giving away your scores for free. There is a reason premium brands do not have 20 percent sales off on the weekend. We have to adopt an approach that reflects that. We are trying to play ball, by getting our images out there on social media un-watermarked. We are eager for people to see our content, but we are not so eager that we are willing to black the Internet out with it and make it worthless,” says Farrell.

The brand has intentionally not monetised its social media ready assets, or the advertising capability that stems from the appeal of it. “It is not a popularity contest, we are not building a consumer brand or building revenue through advertising and sponsorship, what we are trying to do is run a photographic agency,” says Farrell.

That is not to say that the agency is not active in social media. That stream represents between 5 and 10 percent of overall revenue ($350,000 – $700,000) and is currently growing at close to 80 percent year-on-year from 2014, according to Otero. “Social media is a significant revenue driver for us, there is so much opportunity especially on Instagram. We have offerings such as on-site social media production, which could be an actual takeover of the brand’s channels, retouched by an editor, so that it happens as quickly as possible. We are willing to do so much for speed, but will never sacrifice quality,” says Otero.

BFA has also developed a shoppable app, embedded in it is photography, enabling viewers to hover over an item for information, before being redirected to a point of purchase. The shoppable API launched with existing partner-brands including Net-a-Porter, Saks Fifth Avenue, Club Monaco and Prabal Gurung. “It is cost effective for a client to throw $100 at us. For that, they have now got point of purchase apps for their marketing team, relevant content and how they want to exhibit the brand. The image is shot at their event, they choose the girls and now it is shoppable, that is it — a whole circle,” says Farrell.

In an effort to be the first agency to create a 360-degree, one-stop shop for its clients, BFA launched BFA Studio and BFA Runway this summer, which in conjunction with BFA Social Media, are intended to meet all the photographic needs a client could want. BFA offers brands the ability to have their corporate headshots, lookbooks, runway shows, events and product photography all shot by the same agency. “The general approach from a brand level is that they tend to link with multiple partners and our objective is to become a one-stop shop content creation agency on a global scale,” explains Otero.

It remains to be seen whether an agency renowned for its skill at event photography will be supported in so wide an expansion of its expertise and business-activities. That said, BFA has long-term relationships with its clients and its four founders have already stolen the New York event-photography crown. In the haze of blinding flash bulbs, they are about to march on the photographic industry at large.