NEW YORK, United States —“It’s a new start in the States for Elie Saab,” said the designer, sitting on a grey sofa on the second floor of his first New York boutique, overlooking the corner of Madison Avenue and 70th Street. “It’s a big challenge.”

Challenges are par for the course for the Lebanese designer and his 35-year-old brand, best known for its embroidered red carpet gowns. At the age of 18, Saab opened his first couture atelier in Beirut in the midst of the Lebanese War in 1982, the same year Israeli military forces invaded the southern part of his country and a president-elect was assassinated. Delivering his collections on time was challenging — but the designer persisted. “All around the world, you see Lebanese success,” said Saab. “It is because he has seen a lot in his life — and nothing leaves him demotivated. He sees a lot and he is always ready to do it again.” 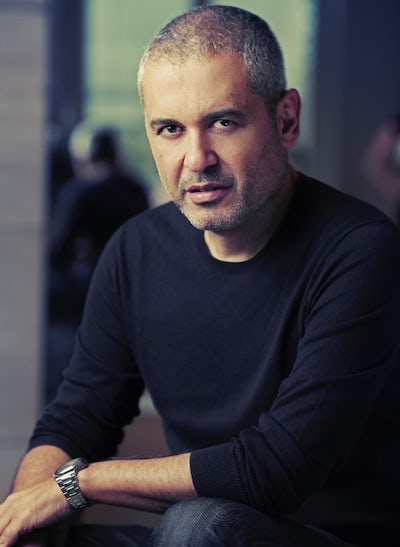 A cautious determination has fuelled the growth of Saab’s namesake label, which has earned a place on the international stage in a way that remains rare for Middle Eastern designers. Saab first presented his couture pieces in Rome in 1997 after starting to feel “like my country and region was small for my dream,” he said. He launched ready-to-wear the following year.

In 2000, Saab set his sights on Paris, where he showed his couture collections for two years before receiving a coveted invitation from the Chambre Syndicale de la haute couture to join the roster of official couture houses. He was inducted as a membre correspondant in 2006. “No Middle Eastern before us [was at] this level or this place,” said the designer.

Today, Elie Saab’s couture collections are available in Paris, London and Beirut. His ready-to-wear line is stocked in 160 retailers worldwide, as well as in his own boutiques. The designer is also an active advocate for his region, appearing as a judge on “Project Runway: Middle East,” which debuted in 2016, and partnering with the Lebanese American University of Beirut and London College of Fashion to launch a bachelor’s degree in fashion design in 2012.

In the last two years, the company has opened a second Paris boutique on the Avenue George V, another in London’s Mayfair and, as of Monday, a store on New York’s Upper East Side. “Today our strength is that we are the size that we are in this fast changing market,” said Elie Saab Jr., the designer’s son and brand director since 2013. He said his father was always nimble and open to new ideas and that the company culture has evolved “to understand better the consumer behaviour in the world so we can respond to these changes in the quickest way possible.”

The casualisation of dress is nothing new, of course, but for a brand like Elie Saab, it’s clear that future growth will depend on expanding the core business beyond elaborate evening gowns and Elie Saab’s ready-to-wear collection, including special separates ($197 to $1,675) and statement accessories ($314 to $3,510), which already account for more than half of the company’s overall revenue. (The family-owned label declined to reveal specific sales figures.)

Today, ready-to-wear is becoming the supporting machine behind the business.

“Today, ready-to-wear is becoming the supporting machine behind the business,” said the younger Saab. While the label’s London store offers couture and a ready-to-wear bridal collection, launched one year ago, the newly opened New York boutique features only ready-to-wear and accessories. It is a telling choice.

“We look to be with our woman from the morning to the night time for the big event,” said Saab senior. “A lot of the things we talk about is: how do we take this couture element and translate it into a… more accessible kind of product?” said his son. While couture is the “heart of the company,” as the designer describes it, demand for the company’s most luxurious line is concentrated in Europe, Russia and the Middle East. Meanwhile, the company is growing its ready-to-wear bridal collection slowly, limiting it to only 20 retailers worldwide including Mark Ingram Bridal Atelier, the New York by-appointment salon, and Saks Fifth Avenue in the US. “We have the right product for the market but also didn’t want it to be everywhere at once,” said the younger Saab. “I like to give every project its time and its space,” added the designer.

Licensing opportunities are another priority for the Elie Saab business: a sunglasses collection with Safilo launched in January and a second fragrance with Shiseido is due this fall. 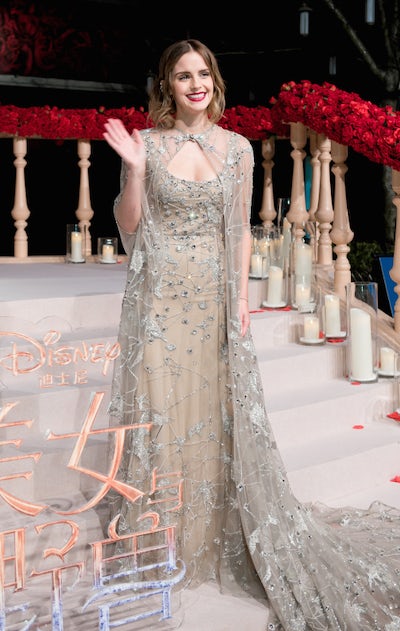 Catering to the red carpet, however, remains as important as ever. Since Elie Saab dressed Halle Berry for her historic 2002 Oscar win, attracting widespread attention, the label has grown into a celebrity favourite for awards shows and premieres — despite maintaining a policy of not paying celebrities to wear its gowns when such practices are common. Meryl Streep wore one of Elie Saab’s couture gowns (over pants) to the Academy Awards in February after allegations made by Karl Lagerfeld that she had refused to wear Chanel to the ceremony because the brand was not willing to pay her. “I think Meryl, she had her record straight,” said the younger Saab. “We don’t have anything further to say to that, because at the end of the day, Meryl is such a respectable lady and we respect her a lot in the house.”

In total, Saab dressed 26 women during the 2017 awards season, including Janelle Monae, Jessica Biel and Lily Collins. But the designer isn’t chasing numbers. “We don’t believe in quantity,” he said. “There are a lot of houses that say, ‘I dress, this season, 100 [women].’ It’s not like that… [The red carpet] is the real catwalk,” Saab continued, adding that he is motivated to design by seeing his dresses on “normal” woman — albeit Hollywood stars.

Respect for women is an important theme for the Elie Saab brand, and one that both father and son emphasise when asked about allegations of model abuse leveled at the label’s casting agents, Maida Gregori Boina and Rami Fernandes. “I don’t feel it’s true,” said the designer. “We’ve never seen in the past four years of our collaboration [with them] anything that was suspicious about that,” said the younger Saab, adding that the company had no reason to terminate its relationship with the agents. “I welcome you to come during the process of the casting… Everything happens under one roof and in front of us, so we are sure that there is zero mistakes.”

To this day, the designer and his family own over 80 percent of the business  (The Luxury Fund has a minority stake), though he is not opposed to taking a significant investment in the future. “Our aspiration is to keep the control and the majority, but if we were to move in to that direction, we need to be partnered with someone who has the same long-term approach to things and not to be limited in four, five years,” said the younger Saab.

“I believe now, with my son and the young people who work with him, they bring a new energy for the company, new blood,” added Saab senior. “We are not a family business, we [have] a family mind…And I want [the brand] to stay for many generations.”