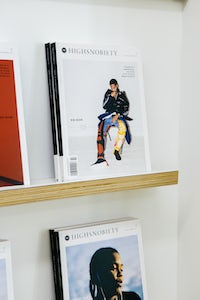 BERLIN, Germany — Influential streetwear and youth culture title Highsnobiety has raised an $8.5 million Series A round led by London-based venture firm Felix Capital. The terms of the deal were undisclosed. Highsnobiety plans to use the new funding to help scale its branded content, e-commerce and events businesses.

“We started working with Felix Capital about eight months ago and right away we had a good feeling about their team,” said Highsnobiety founder and publisher, David Fischer, who launched the lifestyle publication that began as a streetwear blog in 2005. The company, which has offices in Berlin, New York and London, has been profitable since its inception, with revenue growing 100 percent year-on-year for the past three years.

“We’ve been independent and self-funded for the past 13 years," said Fischer. "Seeing the possibilities that we have as a brand today, we felt that if we could get a strong partner on board now, we could continue growing at this pace for the next couple of years, which as an independent business, we probably wouldn’t have been able to do.”

“Highsnobiety’s fast growing, global community represents the next generation of trend setters and early adopters,” said Frederic Court, managing partner at Felix Capital, which largely focuses on digital lifestyle businesses and has stakes in Farfetch and Gwyneth Paltrow’s Goop, as well as The Business of Fashion. “[Highsnobiety] is helping brands connect with today’s youth in ways that drive culture forward.”

With over nine million unique monthly visitors (of which 80 percent visit the website daily), Highsnobiety has become one of the world’s top destinations for daily curated content on fashion, music, the arts and culture. Titel Media, Highsnobiety’s parent company — also founded by Fischer — expanded its focus on the Highsnobiety brand in 2010 with the launch of a bi-annual print magazine that today has a circulation of 50,000. What Drops Now, an editorialised shopping experience that attracts 500,000 visitors a month, followed shortly after. 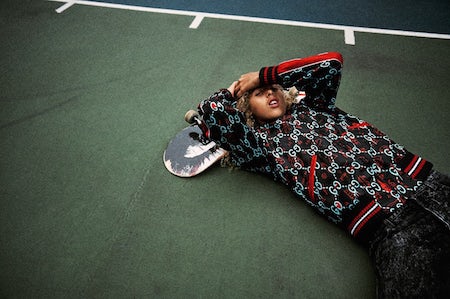 In 2015, Fischer launched in-house creative agency Highsnobiety Plus to capitalise on growing demand for brand partnerships. Today, its list of partners range from sportswear giants like Nike, Adidas and Vans to luxury brands including Louis Vuitton, Dior Homme and Givenchy. Brands beyond fashion — such as eBay, Cadillac and Bang & Olufsen — have also been attracted to Highsnobiety’s largely Millennial audience. The title's creative agency accounts for “the majority of Highsnobiety’s business today,” according to Fischer.

Highsnobiety plans to boost its branded content division, with a particular emphasis on long-form video content. “The proceeds of this funding round allow us to do more with our brand partners and a big focus will be on expanding our content production arm: Highsnobiety Plus,” explained Jeff Carvalho, Highsnobiety’s managing director of North America.

The company also plans to grow its events business. In October 2017, Highsnobiety partnered with Barneys New York on “The Drop at Barneys" — a two-day experiential shopping event that included the release of 30 exclusive capsule collections from popular luxury streetwear labels including Off-White, Fear of God and 424, as well as workshops and panel discussions with designers, artists and buyers.

“Experiences really took off for us last year and we really see this as a big growth opportunity, both on the partner side [having produced events for brands like Golden Goose, New Balance and Reebok] but also sizing our own brand in the world more than we do today,” said Fischer, hinting at the possible creation of Highsnobiety-branded products in the future. “We’ve been experimenting with that since the beginning, having collaborated with everyone from Adidas on shoes to Mykita on sunglasses and Bape on t-shirts. We’ve always been deeply intertwined with product, so we have been thinking about what it would mean for Highsnobiety to step out there in the form of product.”

The new funding will also enable Highsnobiety to grow its e-commerce business. Currently, over 40 percent of readers have bought a product from Highsnobiety's website. “We’re looking at how a platform like ours can differentiate from your regular online shopping that’s out there,” said Fischer. “People come to us already to be told what to shop, so what if we can find innovative ways to reinvent shopping as a media brand?”

Investor interest in the streetwear space is growing rapidly. Supreme’s partnership with private equity giant Carlyle is symbolic of the high growth potential investors see in the market.

Editor's Note: This article was revised on February 22, 2018. Due to an editing error, a pervious version of this article misstated the name of Highsnobiety's parent company. The correct name is Titel Media, not Title Media.