NEW YORK, United States —  When the founders of Rothy’s, the 3D-knit shoe brand, were raising their first round of funding, they knew they didn’t want to follow the usual direct-to-consumer playbook: spend the bulk of their capital on Instagram ads.

“We were watching how other digitally native brands approach growth,” said Stephen Hawthornthwaite, a former investment banker who created the brand in 2012 along with art gallerist Roth Martin. “Many if not all were pursuing a path of raising money to drive customer acquisition and operating at a loss — that’s something that we viewed as a high-risk strategy.”

They’ve raised $44 million in the past three years, but the vast majority went directly to existing investors in exchange for stock. Only $5 million went toward marketing and other day-to-day expenses, with the rest funded through Rothy’s profits, Hawthornthwaite said.

Most digitally native companies rely on a simple formula to grow: raise venture capital, spend much of that money on customer acquisition and then use the market share they gained as proof of concept in order to raise more money. Achieve enough scale this way, and profits will follow. It’s a strategy tailor-made for fashion and beauty, where brands can quickly drum up sales by blitzing social media with targeted advertising.

But does it work?

Warby Parker, Everlane and Allbirds all say they’re now profitable after years of rapid growth. Others, including Birchbox and Nasty Gal, never managed to escape the cycle of losses and fundraising.

There’s a correlation between profitability and valuation now.

Most brands today fall somewhere in the middle of this timeline: well-funded and growing fast, but without a clear path to profitability yet. Some analysts see a narrowing window of success for brands that pursue rapid growth while operating deep in the red. A number of start-ups fail to account for operating costs no matter how big they get, or get derailed when a new competitor or a tweak to Google’s algorithm unexpectedly drives up customer acquisition costs.

Investors are taking note, requiring greater assurances of future profits before committing to a funding round. Brands today need to strike a balance between building a sustainable business model and creating momentum. A start-up must grow fast enough to build a lead over the inevitable imitators, but not so fast that the money runs out before profitability is achieved.

“There’s a correlation between profitability and valuation now,” said Siddharth Hariharan, Managing Director at financial advisory firm Rothschild & Co, which has worked with a number of consumer goods companies. “It seems that investors are looking for profitability more often.”

One indicator investors rely on is the ratio of a company’s losses to its revenue, said John Kim, managing director at H.I.G. Growth Partners, the growth capital arm of private equity firm H.I.G. Capital, which recently led Cuyana’s $30 million funding round. As long as that figure is moving in the right direction — losses at 20 percent of revenue by year three, 10 percent by year four, for example — investors will be satisfied that a start-up is on solid footing.

“You need to be able to see that as they get bigger, they can take advantage of the fact that they’ve been able to scale their operating expenses, negotiate lower costs from suppliers and also find marketing channels to keep marketing effective,” Kim said. 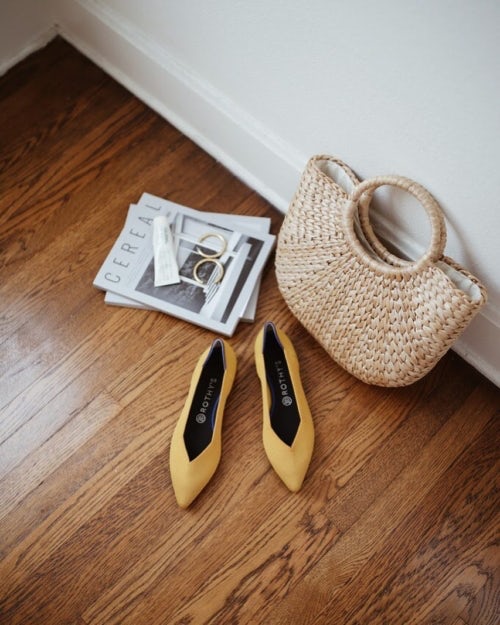 Finally, brands need a projected break-even point — the level at which sales will generate enough profits to cover expenses.

“That includes the stores, the design team, the financial reporting, etc.,” said Cowen analyst Oliver Chen. “This is your path to profitability.”

How can today’s hottest clothing, footwear and accessories brands pave a path to profitability? Here is BoF’s guide:

1. Focus on margins above all else

Calculating the path to profitability starts with knowing the cost variables on an income statement and how they can be tweaked. These include manufacturing, transportation, salaries of employees, office rent, shipping and, most expensive of all for digital brands — marketing.

Looking at each unit sold, brands must figure out the total cost of operations and production and compare that figure to what’s left. For instance, if a brand spends $100 to produce a necklace and sells it for $300, its gross profit per product would be $200 and the product margin would be 66 percent.

No matter what stage you’re in, you need to have a positive contribution margin.

To build a truly sustainable business, the unit economics on day one should already be positive. (Unit economics refer to the revenue and cost per item sold.)

Margins typically increase as companies scale, and can vary widely depending on the product category. Apparel brands, which see margins between 40 percent and 60 percent, need to structure themselves differently than companies selling accessories or prestige beauty, where margins can top 80 percent, Hariharan said.

Luggage startup Away looks beyond product margins, which doesn’t factor in costs of shipping and marketing, said co-founder and chief executive Steph Korey. Instead, the brand looks at what Korey calls the contribution margin, which takes into account the astronomic costs of logistics and marketing per unit on top of cost of production.

While Away declined to comment on whether it’s fully profitable, Korey said that the company makes money on every order.

“No matter what stage you’re in, you need to have a positive contribution margin,” she said. “I think in the last decade where we’ve seen startup businesses go wrong is that they haven’t built the foundation of how much they’re spending on product and marketing that leaves a robust contribution margin.”

The biggest expense that cuts into margins, by far, is customer acquisition. Spending on Facebook ads, paid search results and promoted posts can eat up the entire product margin.

Companies shouldn’t scale unless they are confident they will continue to draw customers without spending ever-greater amounts on advertising. This is a problem Birchbox and other subscription services confronted, as old customers dropped out and finding new ones grew more difficult.

Start-ups must maintain discipline from the very start. That’s because projections for future profitability can be thwarted by a new competitor entering the market, or a tweak to Instagram’s algorithm that raises advertising costs.

“If you don’t find a positive customer acquisition model where you’re positive on the first order then you may never,” said Ben MacPherson, founder of d.Luxury, a growth management company that partnered with H.I.G. on its investment in Cuyana. 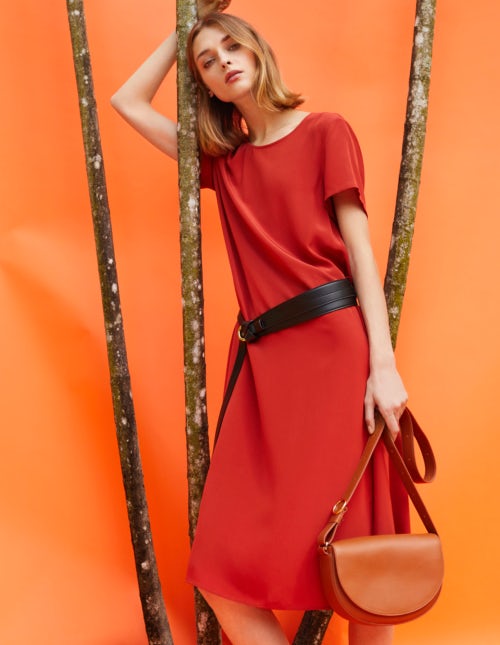 A customer acquisition plan should start with digital ads on Facebook, Instagram and Google, where it’s easy to experiment with different messages and formats to figure out what works, Korey said. Then brands can take their battle-tested messaging offline to catalogues, print ads, billboards and public transit.

As soon as a marketing channel isn’t hitting its projected acquisition rates, it should be eliminated or reduced.

“You have to be relentless, making sure that you’re investing in [channels] that are really working for you, being relentless about cutting off traffic that isn’t working,” Kim said.

One way to cut down on customer acquisition costs is to ensure that shoppers keep coming back, and tell their friends about a product: word-of-mouth marketing is free.

“It’s a lot cheaper to retain customers than to attract new ones,” said Hariharan of Rothschild, who represented watch brand MVMT when it was acquired by Movado last year.

Building loyalty starts with the quality of the product itself. Brands can then layer on loyalty programmes, free shipping and convenient returns, 24/7 customer service and a winning social media presence.

It’s a lot cheaper to retain customers than to attract new ones.

Generally, a brand should have a 30 percent repeat rate and at least a three-to-one ratio of lifetime value versus the initial customer acquisition costs — meaning that if a company spends $100 to acquire each new customer, that customer will end up spending at least $300 in her or his lifetime — Kim and MacPherson said.

Hawthornthwaite of Rothy’s attributes the success of his brand’s marketing strategy to its word-of-mouth strength.

“When a customer sees an ad on Instagram or Facebook, she’s likely to have heard about us from friends already,” he said.

Start-ups rarely build sustainable businesses on Instagram alone. Once the basics are covered, brands should experiment with new avenues, from podcasts to gifting to influencers to sending coupons in the mail.

Once brands hit a certain size and penetration within one market, they should be thinking about opening at least one brick-and-mortar store.

Physical retail is a part of the path to profitability.

“Physical retail is a part of the path to profitability,” said Cowen’s Chen.

Stores draw new customers who may not have seen a brand’s ads on social media, and can generate significant order volumes both in stores and online. In many prime retail locations, including New York, landlords are eager to fill vacant storefronts with pop-ups or short-term leases.

When Meghan Markle wore a pair of black Rothy’s last October, tens of thousands of orders poured in. But the brand was prepared. It had considerable volume in stock because the model was already popular, and since it operated its own factories, the brand could immediately increase production to match demand.

Rothy’s manufactures its shoes in-house, and can quickly ramp up production to meet a spike in demand. With new products, it will order a small number of pairs upfront and use the initial 24 hours of sales data to confirm a second, larger order and have a full inventory within a matter of days. That way, the company is less likely to wind up with extra stock it must put on sale down the road.

If you don’t have a product that makes sense, your whole income statement won’t make sense.

“We’re able to react to demand in real time and control cost, and all of that goes to profitability,” Hawthornthwaite said.

The path to profitability can vastly differ from brand to brand, and CEOs must perpetually balance investing in growth with generating cash flow. Ultimately though the deciding factor boils down to the basics: the product itself.

“I think the question is how sustainable is your innovation?” said Cowen’s Chen. “If you don’t have a product that makes sense, your whole income statement won’t make sense.”