HONG KONG, China — In 2005, Kevin Ma started the Hypebeast blog out of his bedroom as a hobby — somewhere to write about his sneaker obsession while working a day job in finance. Ten years later, in 2015, the company — named, tongue-in-cheek, after sneakerheads who obsessively wear hyped-up streetwear products — applied for an initial public offering on the Stock Exchange of Hong Kong’s Growth Enterprise Market.

Hypebeast plans on using 35 percent of the proceeds from the listing to boost sales and marketing. “We’ve been bootstrapped since day one. We never raised any money since we’ve started,” said Ma on the phone from Hong Kong, where the company’s approximately 100 full-time employees are based. “We looked at private investors and venture capitalists, but we felt more comfortable going this route. It was a personal choice, I guess. We met the requirements for the exchange so we thought, why not try this out?” 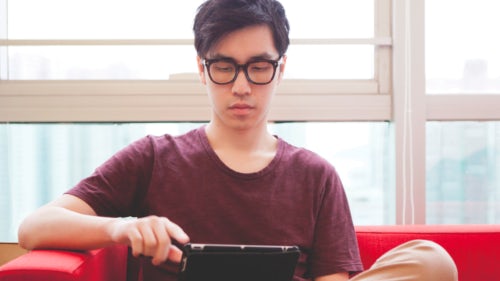 The Stock Exchange of Hong Kong’s Growth Enterprise Market, known as GEM, is designed for emerging companies. “Given the emerging nature of companies listed on GEM, there is a risk that securities traded on GEM may be more susceptible to high market volatility than securities traded on the Main Board and no assurance is given that there will be a liquid market in the securities traded on GEM,” reads a statement included in Hypebeast’s IPO prospectus. GEM requires companies to disclose business information on a “greater, more frequent, and timely” basis, including past financials, future plans and progress reports every six months, along with quarterly statements.

The company makes money via advertising, as well as selling fashion and accessories from more than 300 brands on HBX. While the two revenue streams were relatively split in the year ending March 31, 2015, with e-commerce making up a little more than half of the business, Ma sees advertising — including branded content — becoming a bigger piece of the overall pie. “This year has been pretty sexy for media with companies like Vice, Refinery29 and Buzzfeed,” Ma said. “We want to put more of our resources on it. It’s how we started in 2005 and is a core part of our business. We don’t want to lose that.” In 2013, the company told BoF that 78 percent of readers have purchased products because they have seen them on Hypebeast.

While Ma insists he never imagined Hypebeast’s trajectory would lead to an offering on a public stock exchange — “It was my personal passion; I didn’t have the foresight to see it” — he said the growth of the streetwear movement was more gradual than one might think. “There has always been a [streetwear] community, but it has grown with technology,” he continued. “That’s when it started to bloom. With social media, it’s just natural that more and more people are interested in it.”

In the early days of the Hypebeast blog, Supreme — well known for the frenzied customers who camp outside the brand’s stores for each new product drop — dominated the headlines. But streetwear’s growing integration with mainstream popular culture, as well as the company’s expansion beyond its sneakerhead roots into content that covers design, fashion, technology, music and art, has helped to broaden Hypebeast’s audience. “Readers want to know what’s happening with Kanye and what he’s doing in the fashion industry,” Ma said. “Love it or hate it, people still want to know. It’s brands and stories like those that have gotten us more readership.”

This public offering will allow Ma and his team to further tap the global streetwear market — which hit $74 billion in 2014, according to E.P. Cutler, a consultant for WeConnectFashion and author of a 2015 report on the category — and beyond. “We still feel like there is a lot of room [for growth],” said Ma. “At the beginning it was obviously a hobby [for me], but it just kept growing.”

This article was updated to include Hypebeast's projected market capitalisation, which is between HK$240 million and HK$280 million (about $31 million and $36 million at current exchange).