LONDON, United Kingdom — Dr. Martens’ latest flagship sits down an alleyway in London’s Camden, a neighbourhood known for its punk rock and goth connections. Music memorabilia is everywhere: a cassette tape by The Clash here; a pair of boots signed by Siouxsie Sioux there. The store’s “boot room” hosts live gigs and anchors two floors of retail where special-edition spiked knee-high leather boots sell for £200 ($269).

The footwear brand, so closely linked to London’s music subcultures, was actually launched in 1947 by Klaus Märtens, a German army doctor-turned-entrepreneur. But its breakthrough came in 1960, when R Griggs, a Northamptonshire, England-based maker of sturdy work shoes bought the exclusive license to manufacture and distribute Dr. Martens in the United Kingdom. It was Griggs that created Dr. Martens’ famous Airwair 1460 boots with their distinctive yellow stitching, thick heel, eight lace holes and heel loop. The original target audience was factory workers and other manual labourers. But the boots were soon embraced by punks and skinheads as a symbol of rebellion and working class solidarity, and ultimately worn by everyone from the Sex Pistols to Nirvana.

Today, Dr. Martens is a global brand and behind its counterculture associations is a thriving business. Revenue climbed 25 percent to £290.6 million ($391 million) in the year ended March 2017, far outpacing the market, while earnings before interest, tax, depreciation and amortisation rose 27 percent to £37.5 million. But it wasn’t always this way. 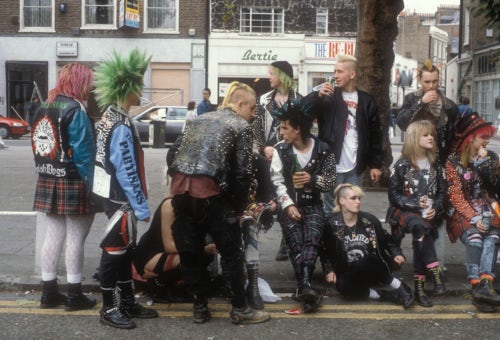 Punks hanging out on the Kings Road, London 1983 | Source: Courtesy

The rise of Dr. Martens was punctuated with stumbles. In the early 1990s, the grunge movement helped buoy the brand to new heights, but Dr. Martens overextended itself. In 1994, the Griggs family launched a six-storey Dr. Martens department store in London’s Covent Garden, selling belts, watches and food, as well as shoes. At the same time, they added more and more wholesale accounts in a bid to boost sales, even as the music and style trends that had helped drive the success of the brand were shifting in new directions. It was a recipe for disaster.

“They were struggling with addressing that transformation from what was essentially a family-owned manufacturing business focused on wholesale and turning it into a front-end branded business driving its own destiny with consumers directly,” said Paul Mason, Dr. Martens’ current executive chairman, looking back on the state of the brand in the mid-to-late-1990s.

In 2001, despite annual turnover of £225 million pounds, the brand made a pre-tax loss of £24.8 million. A year later, the Griggs family brought in David Suddens to take the reins as chief executive. Suddens quickly implemented radical changes to the operating model. For one, he stopped selling to bargain basement wholesalers and focused instead on higher calibre stores and the company’s own retail network. He also expanded Dr. Martens’ presence in Europe and Asia; shifted the bulk of the brand’s manufacturing from the UK to lower cost markets; slashed production from as many as 10 million shoes a year to 6 million; and bought in model and British it-girl Agyness Deyn as a brand ambassador.

It was enough to attract the interest of private equity firm Permira, which snapped up the business for £300 million in 2014, after the Griggs family sought a buyer, and set about doubling down on retail and e-commerce to better control the customer experience and understand demand.

I don’t see any reason why this business can’t get into the billions.

In September 2015, Permira installed Mason, previously chairman of fashion chain New Look and EMEA president at Levi Strauss, having hired Steve Murray, formerly of Deckers and Vans, as chief executive a year earlier, replacing Suddens. Murray has since trimmed 500 doors from the brand’s wholesale presence to focus on strategic partners like Schuh, Asos and Amazon. He has also added new products to target younger consumers and expanded the company’s presence in Japan and South Korea.

The company’s latest results prove the plan worked, prompting industry observers to wonder if Permira was getting close to a sale. A source close to the private equity firm said the process for a sale of Dr. Martens has not started, but pointed to the success of Hugo Boss and Valentino, both of which Permira began preparing for sale after four to five years of holding the companies. (Permira has held Dr. Martens for just under four years.)

In the short-term, Mason said there was still significant growth to be had in the business: “I think when Permira bought this asset they understood it was going to need transformative change and that takes time. There is still a long journey left so we’re not looking to sell the business tomorrow.” 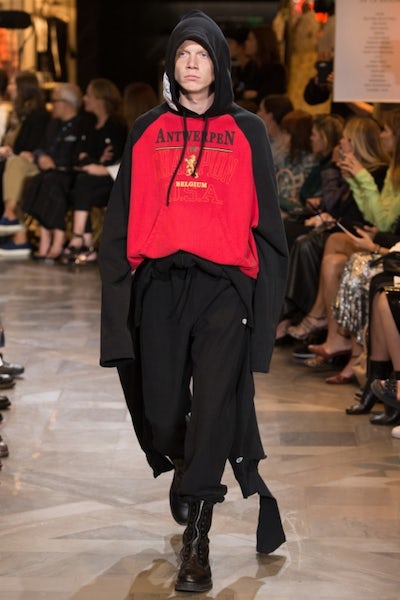 “When I look at our competitor set, they are all enormous turnover businesses, some pushing three billion dollars — and this business is a fraction of that. And yet, when you talk to consumers about our brand awareness, we are up there with Converse, Vans and Timberland, and yet they are much bigger businesses,” explained Mason.

For now, he’s on the hunt for a new chief executive following Murray’s ouster in September and aims to quicken the pace of growth by opening up to 20 stores per year and expanding and diversifying the product range to appeal to new audiences, including younger, fashion-savvy consumers who increasingly wear sneakers day and night. Among other models, the brand has introduced a streetwear-friendly update on the classic 1460 dubbed DMs Lite. “The focus we have had in the fashion category is to take trend looks and inject the brand DNA,” explained Darren Campbell, global vice president of product and marketing, who joined from Asics. While the brand has a platform-heeled boot, the Jadyn, popularised by Milley Cyrus, “we would never do stilettos,” he added.

Much like sportswear giants Nike and Adidas, Dr. Martens has used fashion collaborations with the likes of Comme des Garçons, Vetements and Off-White to stretch the brand into new consumer segments. “They are so versatile that you can really take them to all levels of the market, collaborating with hip, zeitgeist-y brands like Vetements, Colette and Supreme, as well as tapping into licensing opportunities at a mass level like Ninja Turtles, in exactly the same way as Converse,” said Sara Maggioni, director of retail and buying at WGSN.

And yet, the original Dr. Martens boot still accounts for 48 percent of the company’s total sales. “If you want to grow the brand, you have to move away from that core, because you can’t sell a person five or six pairs of boots in a year,” said Neil Saunders, managing director of market research firm GlobalData Retail. “The question is what rebalances that mix? It’s not a brand that lends itself to other things.”

“Even with Converse, who are still very dominated by sneakers, they are arguably a much more lifestyle positioned brand than Dr. Martens,” he added. “Converse is seen as being iconic American, they can sell other things like memorabilia because they are such a strong brand.”

But Mason is undeterred. “This is just a fantastic iconic brand,” he said. “I don’t see any reason why this business can’t get into the billions.”