LONDON, United Kingdom — Short-term gloom put a dent in the upward trajectory of the Savigny Luxury Index (SLI), our company's measurement of the performance of 17 listed groups representing over 150 of the largest luxury brands in the world, as the US Federal Reserve poured cold water on hopes of a rapid economic recovery. This sentiment was echoed by both Chanel and LVMH commenting that the luxury sector may take longer to recover than previously anticipated. At any rate, the second quarter of 2020 has been a write-off for the sector: Tiffany’s same-store sales fell by 44 percent, leading some commentators to question whether the deal with LVMH would hold, and market darling Moncler confirmed that its second quarter was more severely impacted by the temporary closure of a larger number of stores. A number of groups nevertheless reported a solid rebound in China, with Tiffany in particular seeing a 90 percent sales spike following store re-openings.

London’s gender-neutral Fashion Week in June was entirely digital. Although this is a first among the four major fashion capitals and will be repeated in Paris and Milan for their men’s fashion weeks in July, Shanghai was the first city to host a purely digital fashion week. Shanghai also made a commercial success of it, drawing in 11 million viewers and selling £2.2 million (about $2.76 million) of merchandise directly to consumers during livestreams. The jury is still out for London — there were no big names on the schedule and a limited selection of clothes on display, partly due to logistical problems caused by Covid-19 but also due to designers seizing the current zeitgeist to reinforce messages of inclusivity and sustainability.

There have been some notable management changes within the LVMH group. Frédéric Arnault has taken the helm of Tag Heuer following his drive to make the brand more digital as strategy director. His predecessor Stéphane Bianchi will go on to head the watches and jewellery division of LVMH.

Matthew Williams has been appointed creative director of Givenchy. The young designer, who started his own high-end streetwear label 1017 Alyx 9SM and has worked on costumes for Lady Gaga, is replacing Clare Waight Keller who left in April after a three-year tenure at the legendary couture house. Philippe Fortunato, who resigned in March from his post as chief executive of Givenchy after a 20-year career at LVMH, was appointed head of Richemont’s fashion division.

The Savigny Luxury Index recovered from a mid-month sell-off to gain close to 2 percent in June, in line with the MSCI. Volatility in both indices is being attributed to the heady stock valuations — the SLI has reached another record-high forward EV/EBITDA multiple of 19.7 — contrasting short-term gloom with solid hopes of a post Covid-19 recovery. 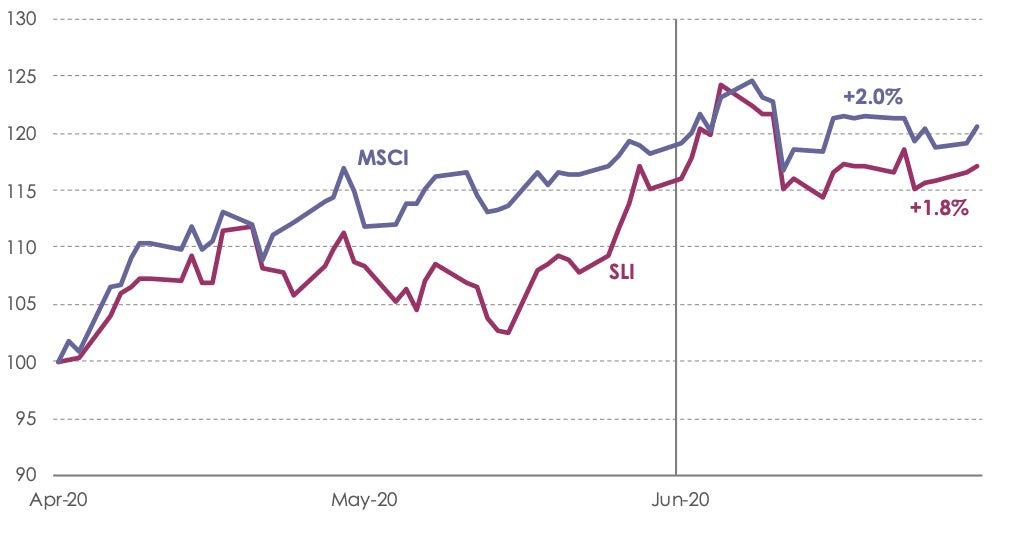 Hong Kong is a ticking time bomb and has been so for several years. Protests against the Chinese government increasing its grip on the Special Administrative Region have significantly hindered its status as a luxury shopping destination. China passed further legislation this month to prohibit any protests, secession and foreign interference, ahead of the 23rd anniversary of Hong Kong’s handover to China on 1st July. The current outlook for luxury retail in Hong Kong is grim, with many brands reducing presence there in favour of Mainland China or South Korea. The long-term impact of the current unrest in Hong Kong is yet to be fully assessed, but in all likelihood, there will be a sizeable void to be filled as luxury shoppers take a rain check on the island. 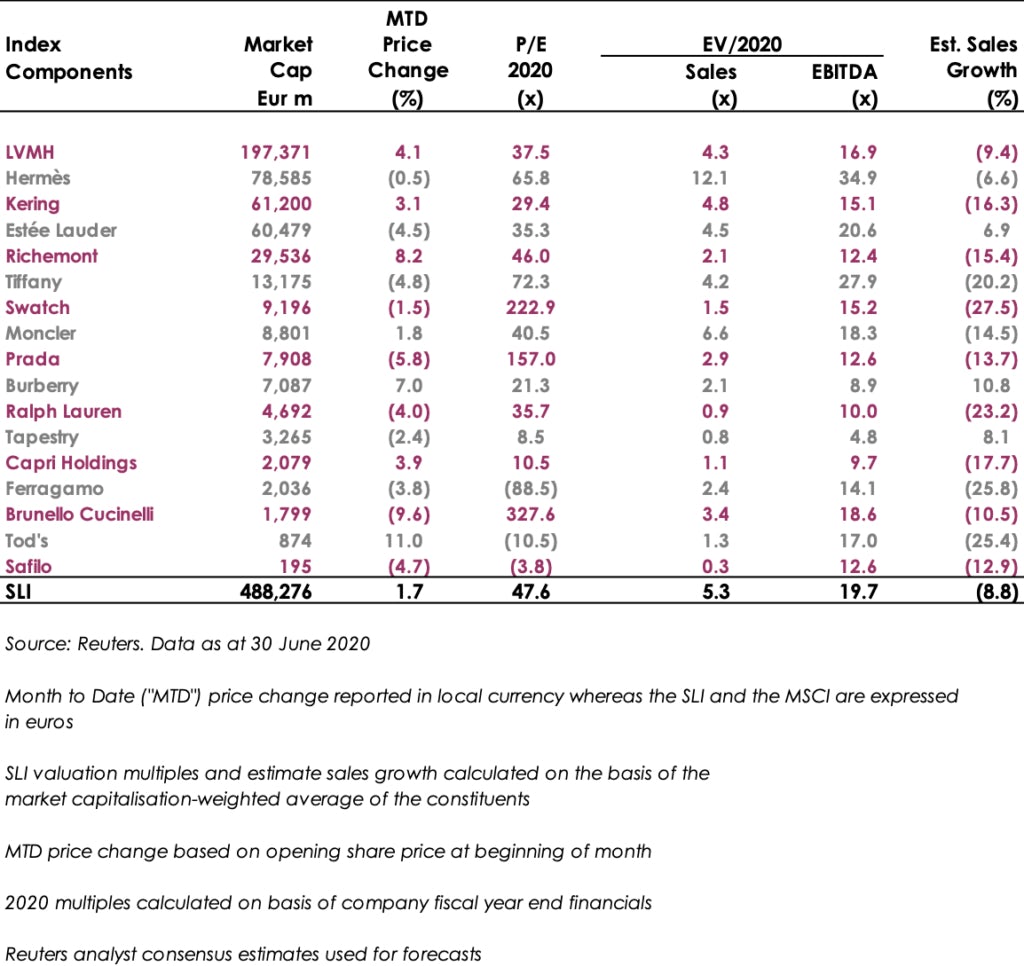