The strategic partnership will enable the French street-luxe brand to launch its own e-commerce operations, open its first retail store and expand into new product categories.

PARIS, France — Street-luxe fashion brand OAMC has sold a minority stake in the business to Onward Luxury Group, an Italian subsidiary of Japan's Onward Holding Co. Ltd, for an undisclosed sum. The deal, which is part of a wider strategic partnership between the two parties, will enable the Paris-based menswear label to launch its own e-commerce operations, open its first retail store and expand into new product categories. 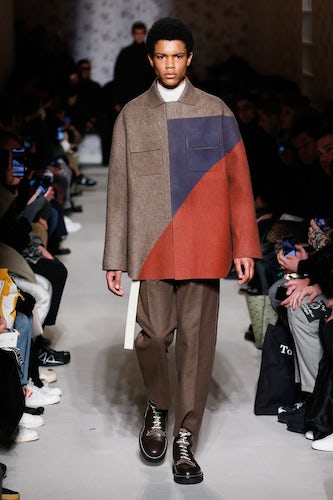 “After only four years of existence, we are proud to have attracted the attention of such an important group,” says Arnaud Faeh, business director of OAMC, which he co-founded with Supreme veteran Luke Meier, the brand’s creative director who is also co-creative director of Jil Sander, alongside his wife Lucie. “Since day one we have had a very ambitious plan for OAMC, and OLG will allow us to bring it to the next level while maintaining our personal vision for the brand,” Faeh adds.

Founded in 2013, OAMC debuted its first collection for Spring/Summer 2014 during Paris Fashion Week. The label, which has successfully tapped growing desire for luxury brands with more authentic connections to contemporary culture, quickly gained critical acclaim, attracting over 130 stockists including Barneys New York, Selfridges and I.T. Hong Kong. OAMC has expanded at an average annual growth rate of 65 percent over the last four years, boosted by its ability to win over the growing number of consumers from the skateboarding and street culture communities who are now able to afford luxury goods.

“I’m glad that OAMC can be part of our group, bringing new life to all our luxury activities through the modern and futuristic view of Luke and Arnaud,” said Franco Penè, chairman of Onward Luxury Group. The group manufactures and distributes luxury ready-to-wear, footwear and accessories. It also operates a licencing business that has partnerships with Jil Sander, Marc Jacobs, Chloé, Paul Smith and Michael Kors.

Following the deal, Feah is optimistic about the future of his brand: “The opportunities are limitless… OAMC is only four years old and OLG will allow us to continue to grow with our initial vision, without compromise.”