This Monday, everyone will be talking about Prada's moment of reckoning, Instagram's advertising conundrum, Trump's trade war and Gucci's "disappointing" growth. Read our Cheat Sheet.

This Monday, everyone will be talking about Prada's moment of reckoning, Instagram's advertising conundrum, Trump's trade war and Gucci's "disappointing" growth. Read our Cheat Sheet. 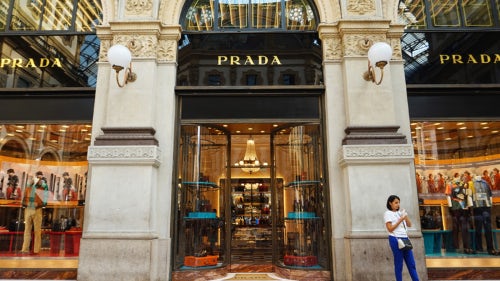 This week, investors will be closely watching Prada, which may signal a return to growth. But that may not be enough for lingering doubters, who say the brand is simply too small to play in an LVMH-dominated luxury market. Prada has solved its biggest shortcomings, boosting online sales and introducing the “Cloudbust” sneaker line to gain an overdue foothold in the streetwear market. But further concerted efforts may be needed to sustain that momentum. Take e-commerce as an example: whereas LVMH, Richemont and Chanel are investing in e-commerce platforms, Prada still relies on lower-margin (though admittedly buzzy) wholesale partnerships with Net-a-Porter and MyTheresa.

The Bottom Line: Sales growth would be a good start, but Prada needs to demonstrate it has a long-term plan to compete with the luxury giants online. 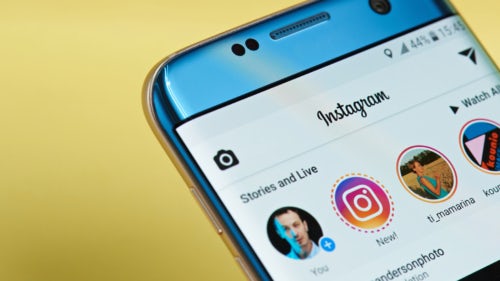 Recently, BoF ran a deep dive on Fashion Nova’s genius use of Instagram to build a budding online fast-fashion juggernaut. One question we didn't answer: how is a small, low-profile company able to afford a massive marketing blitz on the world’s hottest social media platform? With Facebook’s latest financial results, we may have an answer. While it seems like Instagram has swallowed fashion marketing whole, many of those ads are not working. As Reuters reports, the problem stems from Instagram users’ resistance to shop off posts, which reduces the value of advertising. This means Instagram attracts the sort of marketers who want to take advantage of cheap ad rates, further eroding user trust in ads. Instagram is still Facebook’s fastest growing unit, and startups like Liketoknow.it, which enables users to buy an influencer’s shirt or even their whole vacation, are making Insta-shopping easier. But the campaigns that work best are hardly revolutionary: million-dollar endorsement deals with Kylie Jenner or Dior’s marketing blitz to resurrect the saddle bag, closely hew to tactics the the industry has relied on for decades (only with a higher risk of backlash from consumers and regulators).

The Bottom Line: Look closely at the ads and sponsored posts in your Instagram feed this week. If those ads appeared in the pages of your favourite glossy magazine, how would you feel about the magazine’s financial trajectory?

Tariff’s Bark is Worse Than Its Bite (For Now) 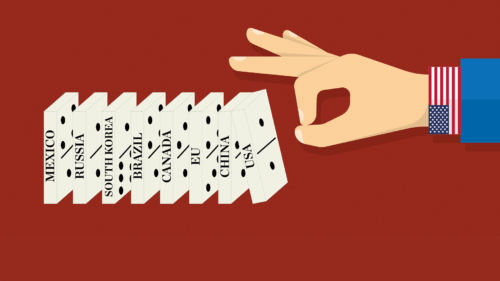 Luxury brand CEOs should keep a close eye on BMW’s share price next week. European automakers are at the centre of a nascent trans-Atlantic trade detente announced by U.S. President Donald Trump and European commission president Jean-Claude Juncker. The deal —  the details of which must still be hammered out — averts tariffs on German automobiles and boosts international trade in unfashionable commodities like soybeans and steel. While the fashion industry can breathe a tentative sigh of relief, trade wars don’t remain confined for long, and Gucci loafers and Chanel No.5 would make tempting targets for an image-obsessed US president once he’s done with Daimler and Volkswagen. Just ask Coach, Michael Kors and other brands that face new import duties on Chinese-made handbags.

The Bottom Line: Fashion isn’t out of the trade war woods yet; US and European trade relations could still sour, and peace on the Western front could also give Trump leeway to pursue his trade war with China.

Gucci’s 'Slowing Growth' is Every Other Brand’s Dream 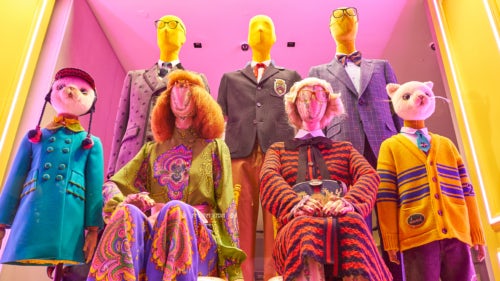 Kering shares tumbled after Gucci sales came in below market expectations. That says more about investors’ expectations than the health of the brand. The heads of most other luxury houses would sacrifice their first it-bag to have a business growing at 40 percent year-on-year. What's more, Gucci’s margins hit a record high as the company continues to pull back from wholesale. In a highly unscientific survey of luxury row in Heathrow’s Terminal 5, Gucci appears to be doing just fine. The store drew a steady stream of shoppers, rivalled only by local favourite Burberry, which had home-court advantage. Store design — a major focus for Gucci chief executive Marco Bizzarri — likely played a role; quilted walls and bright pink were clearly a bigger draw for bored travelers than the icy interiors of nearby Prada and Dior.

The Bottom Line: Focusing on growth “slowing” to 40 percent is a distraction; as long as reference-heavy streetwear is in style and Chinese consumers keep spending, bank on Gucci as the industry's benchmark brand.

"Inclusivity means price. No amount of brainstorming, rebranding and catch-phrase concepts will ever change it. Simple as that. If you want to be inclusive, lower your entry level price points."

— @lukevault, commenting on "Is Inclusivity the next Exclusivity?"