The designer plans to skip New York Fashion Week and show her Autumn/Winter 2016 collection in March in Los Angeles to support the opening of a new Melrose Place store.

The designer plans to skip New York Fashion Week and show her Autumn/Winter 2016 collection in March in Los Angeles to support the opening of a new Melrose Place store.

NEW YORK, United States — For the past five seasons, the New York-based designer Rachel Comey has forgone a traditional runway show in favour of a more intimate dinner and presentation at the Pioneer Works Center for Art and Innovation in Red Hook, Brooklyn. This season, she is taking her show on the road, stepping off the New York calendar altogether. Instead, she plans to present her Autumn/Winter 2016 collection in Los Angeles in late March to support the launch of her first retail store on the West Coast, scheduled to open in April.

Located at 8432 Melrose Place, the store is the second physical retail presence in Comey’s portfolio; the first opened in June 2014 on Crosby Street in Manhattan, New York. Editors and buyers who wish to see the collection during New York Fashion Week will still be able to schedule private appointments and the designer also plans on releasing a look book of images prior to the show.

If you do things that are meaningful to you — rather than stick to the industry standard — things will probably work out. 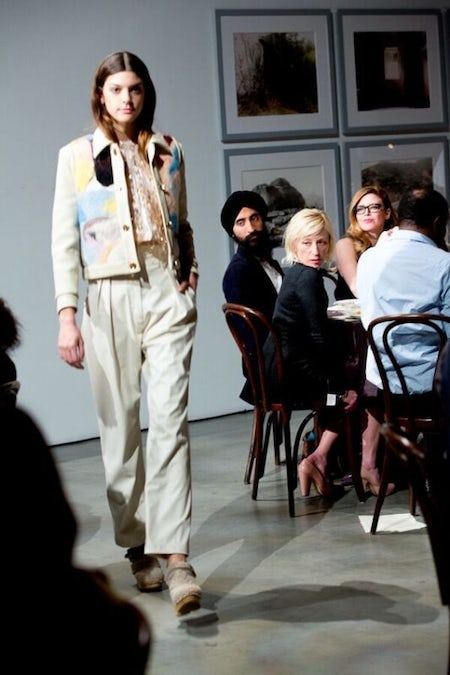 Comey is the latest of several brands — including Burberry, Tom Ford and Louis Vuitton — to stage activations in Southern California in the past year. (While Ford and Burberry did shows in Los Angeles-proper, Vuitton took to nearby Palm Springs.) On February 10, the Hollywood Palladium will host what might be Hedi Slimane's last men’s show for Saint Laurent. Indeed, Los Angeles’ emergence as a legitimate cultural capital and growing fashion hub has been well documented.

The exact date and location of Comey’s Los Angeles event has yet to be decided. But the designer said it would be similar in format and concept to the dinner theatre-style shows she has preferred as of late, with a live performance and a guest list filled with creative class types who reflect the brand’s point of view. (Notable Spring 2016 attendees included NPR reporter Jacki Lyden, actress Parker Posey, writer Zadie Smith and artist Cindy Sherman.) “I’ve been showing for a long time, but how many shows did Cathy Horyn come to before we started doing dinners. Maybe two over 13 years?” Comey said during a recent studio visit. “I get it. Shows are ten minutes and really what are you learning about the brand? The collaborative effort between the environment and the music and models and the chef feels very honest for us and what we are trying to do. It's something we really believe in."

There will be one significant change to Comey's unconventional presentation formula besides the location. Instead of simply showing pieces from Autumn/Winter 2016, the designer plans to incorporate current-season pieces into the line-up, which will be available to purchase the next day. The idea is to boost interest in the opening of the Los Angeles store, which will sit alongside The Row, Chloé, Isabel Marant, APC and several other high-fashion retailers on Melrose Place. “We want to use the show as a way to introduce ourselves and connect with people,” said Comey.

Architect Elizabeth Roberts and interior designer Charles de Lisle, both of whom worked on Comey’s New York store, are collaborating on the interiors of the 2,600-square foot space. Additionally, Los Angeles-based architect Linda Taalman has been brought onto the team to consult on the design. 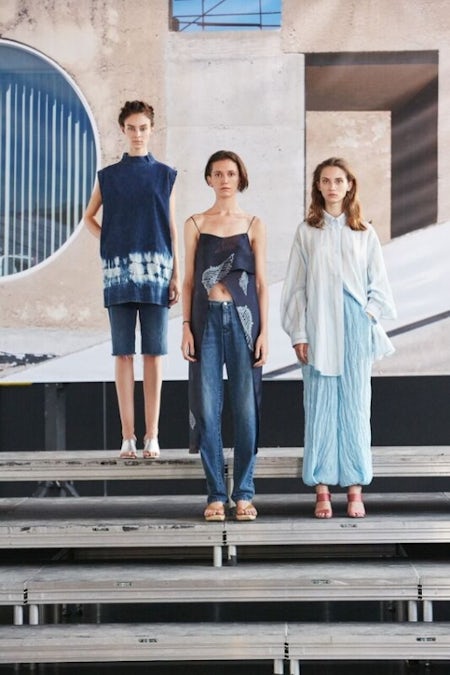 Both the Los Angeles event and store opening reflect the quiet transformation of the Rachel Comey brand over the past three years, as the designer's intellectual, arts-and-crafts aesthetic has grown more popular with a broader audience in the United States and beyond. (Comey’s dropped-hem “Legion” jean, for instance, has driven denim trends for several seasons.) Her decision to shift her presentation format from a traditional runway show to a seated dinner elevated Comey’s cachet on the fashion week calendar, while the success of her New York store has helped to drive a significant evolution of the business. Direct retail — both the physical store and e-commerce — now makes up 27 percent of the company's nearly $10 million in annual sales. Roughly half the brand's sales are still generated by domestic wholesale partners, while the other quarter comes from Comey’s growing presence at international stockists.

“The [New York store] was such a game changer for us because of the connection to the customer,” she said. “I think people didn’t realise the breadth of the collection. When you’re a wholesaler, people cherry pick it however they want. Which is nice, I like that in a way. But it’s also nice to have our own store, our own space and do things the way we want to do it.”

Indeed, Comey, who has been designing womenswear under her namesake label since 2004, has found that her greatest successes have come out of staying true to her vision. “I now have the faith and confidence that if you do things that are meaningful to you — rather than stick to the industry standard — [things] will probably work out,” said the designer, who is also working on a revamp of her e-commerce site.

“We’ve never been championed by a celebrity or a powerful editor. It’s really always been by word of mouth, loyal customers and just keeping on.” Now, it’s time to test out that philosophy on the West Coast. As Comey put it, “California is the promise land.”