With Thailand’s year of mourning almost over, political observers — as well as fashion brands and retailers — are starting to look to the future.

With Thailand’s year of mourning almost over, political observers — as well as fashion brands and retailers — are starting to look to the future.

BANGKOK, Thailand — Since news of Thai King Bhumibol Adulyadej’s death stunned the country last October, Thailand has been sombre, quiet and deeply respectful in mourning. The elaborate five-day ceremony for the late King — who helped shape the nation for 70 years, making him the world’s longest-reigning monarch — began late Wednesday and included a cremation on Thursday, ending a year-long period of grieving. For many fashion brands and retailers, this could provide some relief.

Following the King’s passing, Thai Prime Minister Prayuth Chan-ocha had declared that government officials were expected to wear “sombre-coloured” attire, while the rest of the population were asked to “tone down” their dress. The dress code was meant to last for only the first month after Bhumibol’s death, but almost a year later, wearing bright clothes is still viewed as disrespectful in a country where many are still wearing black, white or grey.

From a Western perspective, the extent of mourning may seem extreme, but Bhumibol’s reign was unique. For most Thais, life under the late King is all they have ever known. Kullawit ‘Ford’ Laosuksri, editor-in-chief of Vogue Thailand, previously described the passing of Bhumibol as "something quite personal, as if somebody from our family had passed."

This has posed a hurdle for the retail sector in Southeast Asia’s second-biggest economy, where consumer and tourist spending has been subdued during the grieving period. Total household spending on clothing and footwear grew only 1.9 percent from 2016 to 2017, compared with 5.7 percent from 2015 to 2016, according to data from global research firm BMI. “Sales for retail stores, both general and high-end, dropped. People didn’t do much shopping out of respect for the King,” Ploy Chava, former style and social editor at Elle Thailand, tells BoF. 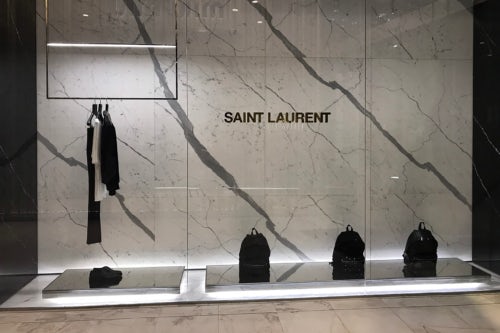 However, Joanna Chan, research analyst at Euromonitor International, notes that the period of grieving had a short-term impact on retailers. “Late 2016 saw a cancellation of events and slower tourism, leading to a stagnant retail scene in Thailand. While alcoholic drinks suffered, retailers were quick to respond by increasing inventory of monochrome apparel.”

“As a designer, I had to provide more black coloured clothing in my collections,” agrees Mark Maruwut, artistic director at the womenswear brand Asava, who also runs MM Candy, a popular fashion website in Thailand. Over the past year, black clothing sales at Asava were up more than 50 percent.

Those in charge of other areas of the business, such as visual merchandising, were also quick to adjust their strategies. “In Thailand we witnessed a phenomenon where luxury brands changed their store and window displays to align with the mourning period. Brands like Dior and Louis Vuitton adapted their themes to be respectful,” says Chava. “All window displays had to be changed to black, including Zara. If you look at all the department stores, everything is in black and white,” adds Sarie Wisitsak, director of store operations at Saint Laurent in Thailand, formerly store manager at Zara Thailand.

“This was a ‘once in a lifetime’ grieving for our late King,” explains Wansuk Khongrasee, executive editor at Elle Thailand, who continued to publish Elle Collections full of colourful runway and backstage looks. “Except for our November issue [where] we’re using the late King for our cover, to pay respect and to send our deep condolences to him. All throughout the year, we’ve taken great care not to publish provocative pictures and content following the rules issued by the government.”

As Thais prepare to bid a final farewell to their King, investors — and fashion retailers — are starting to look forward to the future. According to a new report by the Bank of Thailand, GDP expansion for the full 2017 year is now projected at around 3.8 percent, up from 3.5 percent in July, making it the fastest pace in five years (although Thailand would still lag behind neighbours such as Malaysia and Indonesia). “Almost all retailers are highly optimistic that consumer spending will finally recover after October,” Papitch Wongpaitoonpiya, chief executive of Rich Sports Co, the exclusive distributor of Converse in Thailand, recently told Bloomberg.

Euromonitor’s Chan, however, warns that consumer spending — which will determine the strength of a rebound in the Thai economy, since household consumption is worth about half the country’s GDP, according to the World Bank — could remain subdued. “Thailand has the highest household debt among other developing ASEAN countries. Previous government incentives encouraging car and home ownership have resulted in consumers being locked in loans and mortgages, with less disposable income. Future growth would be dependent on tourism, which thankfully is forecast to see strong growth,” she says. 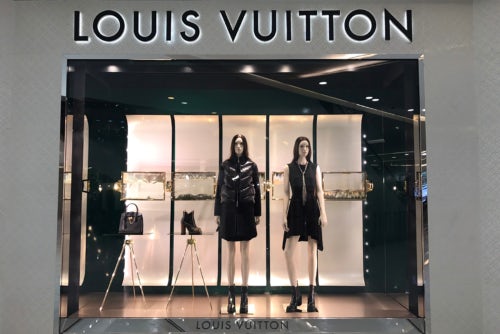 Tourism — which accounts for around 12 percent of Thailand’s economy and is the fastest growing sector after the 2014 coup —can certainly help drive economic growth. 3.1 trillion baht ($9.1 billion) in global tourism revenue is forecast for 2018, with travellers coming from second-tier Chinese and European cities, according to the Tourism Authority of Thailand. Domestic tourists, meanwhile, are expected to make 162 million trips in 2018, up from 145 million in 2016, during which many Thais in mourning put off “joyful events” like vacations.

Still, even after the official mourning ends, it is hard to say how quickly the nation’s mood will bounce back. In the longer term, analysts have predicted that a smooth transition to the King’s heir — Bhumibol’s son, King Maha Vajiralongkorn's coronation ceremony is expected to take place before the end of the year — while maintaining political stability would support the economy’s growth.

“The outlook for the Thai consumer will improve over 2017 and 2018: We forecast real household spending to grow by 3.9 percent year-on-year in 2017, up from 3.6 percent in 2016. Consumer demand will accelerate further over the coming years, with real household spending set to average 4.1 percent through to 2021, compared to 1.7 percent between 2013 and 2016,” says Josh Holmes, consumer analyst at BMI Research.

“King Bhumibol Adulyadej was loved by people of all generations of Thailand — many believe his hard work helped Thai people lead a better life. But at the end, what matters is your purpose and attitude. There are many ways to show your support and sometimes it doesn’t have to be shown in public,” says Asava’s Maruwut. “You have to admit that a year of wearing black every day is a long time!”