An Introduction to Fashion Crowdfunding

NEW YORK, United States — Next week, BoF will launch The FashionStake Diaries, a new series chronicling the development of FashionStake — a new online crowdfunding start-up focused, as the name suggests, on the fashion space. It's traditionally been extremely challenging for emerging fashion brands to get the financial and marketing support they need. The crowdfunding approach — pooling together funds from fans via the internet to finance young designer businesses and one-off collections — could very well help to address this market failure.

But FashionStake isn't the only company to launch this kind of model for fashion. In recent months, crowdfunding has become an industry buzzword as several new start-ups are aiming to see if the model used by the likes of Kickstarter can be successfully applied to fashion.

So, before delving deeper into the forthcoming FashionStake Diaries, it's worth getting to know some of the other crowdfunding start-ups that are looking to disrupt the existing investment and operating models. Here are some thoughts in the words of their founders. 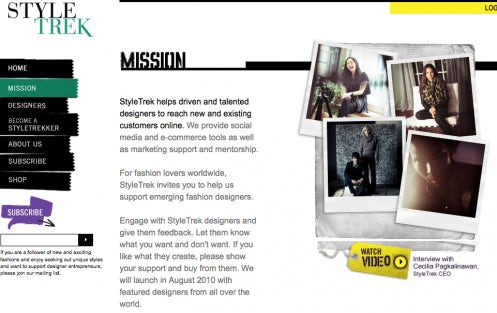 In their words: "StyleTrek.com will select emerging designers for their fresh and unique vision, quality of execution and offer this to the global consumer. If the designer is submitted by a StyleTrekker they will receive 74% of sales and the StyleTrekker 1%. If the designer submitted him or herself they will receive 75% of sales. Designers will receive a robust e-commerce platform, social media marketing support (on Facebook, Twitter and StyleTrek's community) immediate international presence and a growing network of fashion fans who can help them develop new design ideas and even pre-order. StyleTrek will receive 25% of sales."


Recent Buzz: Following blog posts in The Wall Street Journal and Cathy Horyn's On The Runway, hundreds of designers submitted applications and over 50 people contacted StyleTrek for job opportunities. The angel funding round was oversubscribed and European and Asian investors were added to the original American investor base.

Our take: This is not, strictly speaking, a crowdfunding model, but it is what one might call crowdsourcing, enabling fashion fanatics to suggest designers to be stocked on StyleTrek. Though, it must be said that the current reward for doing so may not be enough of an incentive unless sales volumes are large. In order to make $100 in commission, a fan would have to refer a designer who sells $10,000 of clothes. Compare this to the $25 credit one receives on Gilt Groupe for making one referral that results in a sale. That said, founder Cecilia Pagkalinawan seems to have struck a chord with industry insiders. Her direct ecommerce experience at Burberry and La Perla, and relationships in the fashion industry will serve her well. 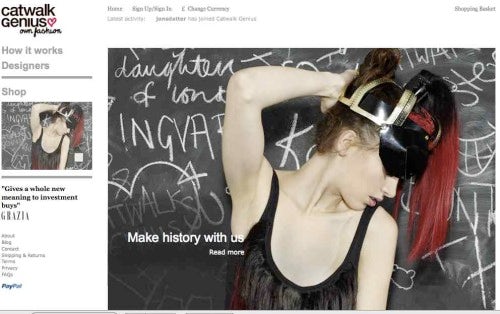 In their words: "In Catwalk Genius' crowd-funding scheme, the finance raised creates a new collection. Then, all the revenues from sales are split equally between the supporters, the designer and us. The return for everyone involved is therefore directly linked to sales. In the case of our collaboration with Katie Eary, once VAT and affiliate commission are deducted, supporters may earn anything from £0 to £12 for every £10 share they purchased."


Recent Buzz: There has been much online conversation about Catwalk Genius' support and link to young design star Katie Eary, whose collection on the site is the only one that has successfully been completely funded by the public, albeit at a lower amount of £5,000. Even though Eary is only a very young designer, it has helped to build awareness and lent credibility to the Catwalk Genius project. 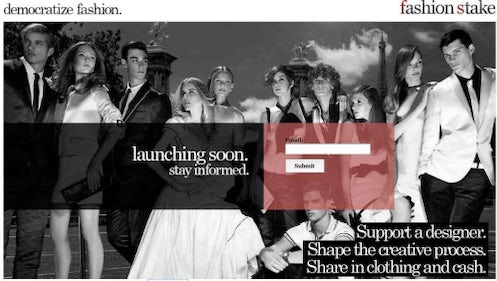 In their words: "The business model works by allowing designers to offer exclusive collections directly to the public. Revenue from the collections is split between the designers and supporters of the collection. Supporters are people who bought ‘stakes’ in the designer’s collection. They receive their revenue in the form of clothing credits, redeemable for any purchase on our site. FashionStake takes a percentage of sales."

Our take: In order for FashionStake to succeed, Weng and Gulati will have to focus on picking the right designer talent to make their model work. Crowdfunding in the way FashionStake has structured it means they must be focused on designers who have exemplary talent, some recognition and respect from the industry, and ideally some household recognition as well. The founders say they have "internationally recognised designers" in their stable, but are keeping mum about the details.


Next week, BoF debuts the first instalment of The FashionStake Diaries, a new series providing a behind-the-scenes look at the crucial first months of a crowdfunding fashion startup, seen through the eyes of its founders. First up: From Idea to Traction with $1000